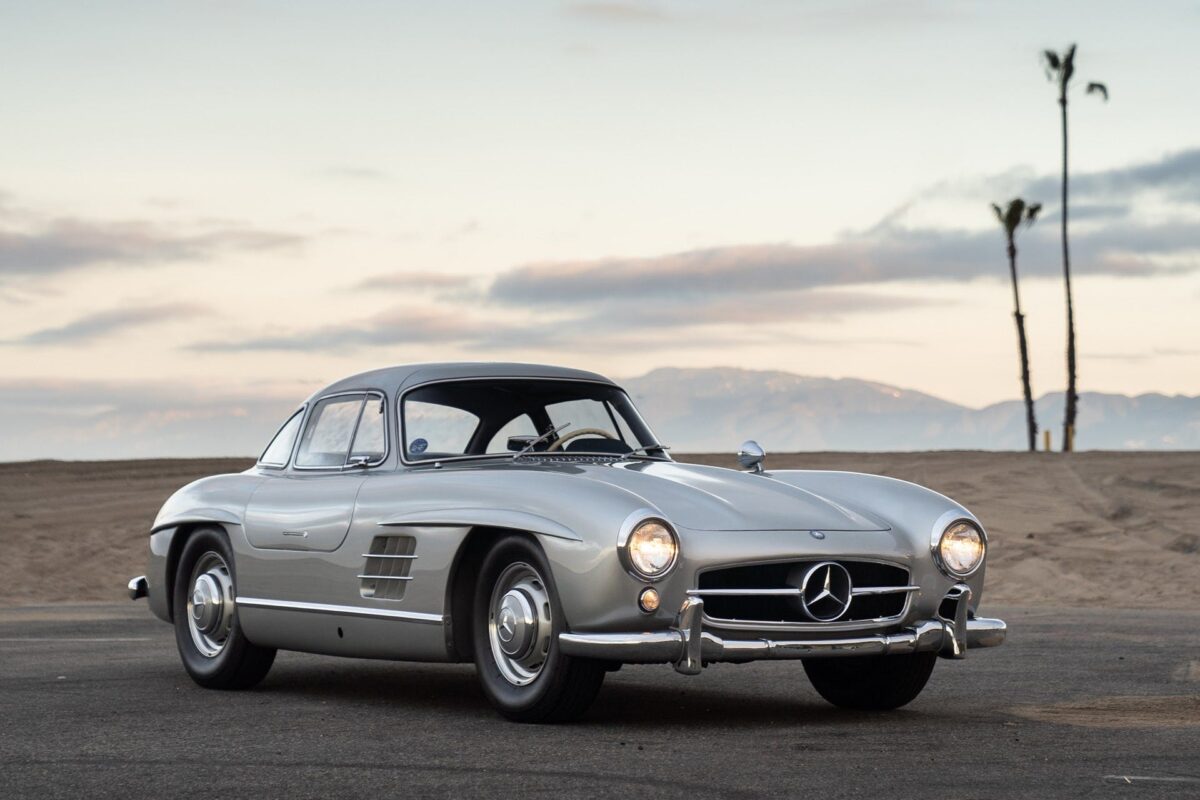 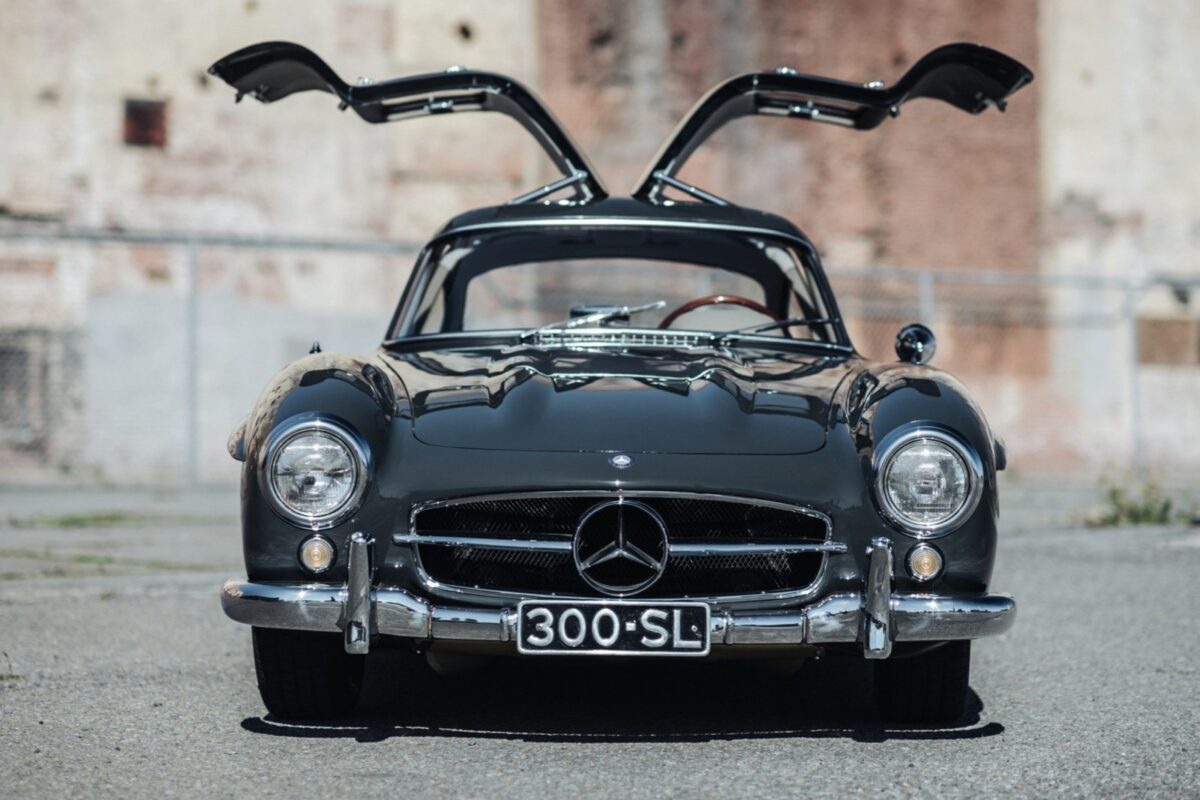 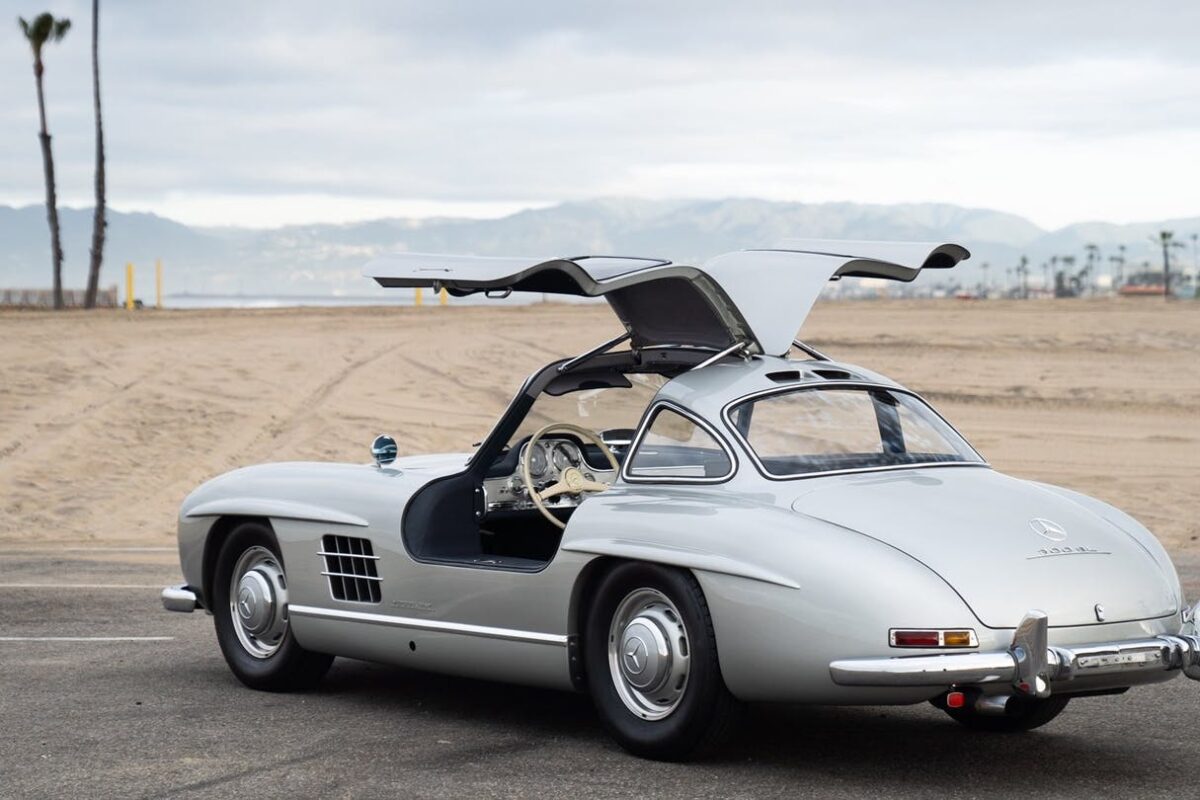 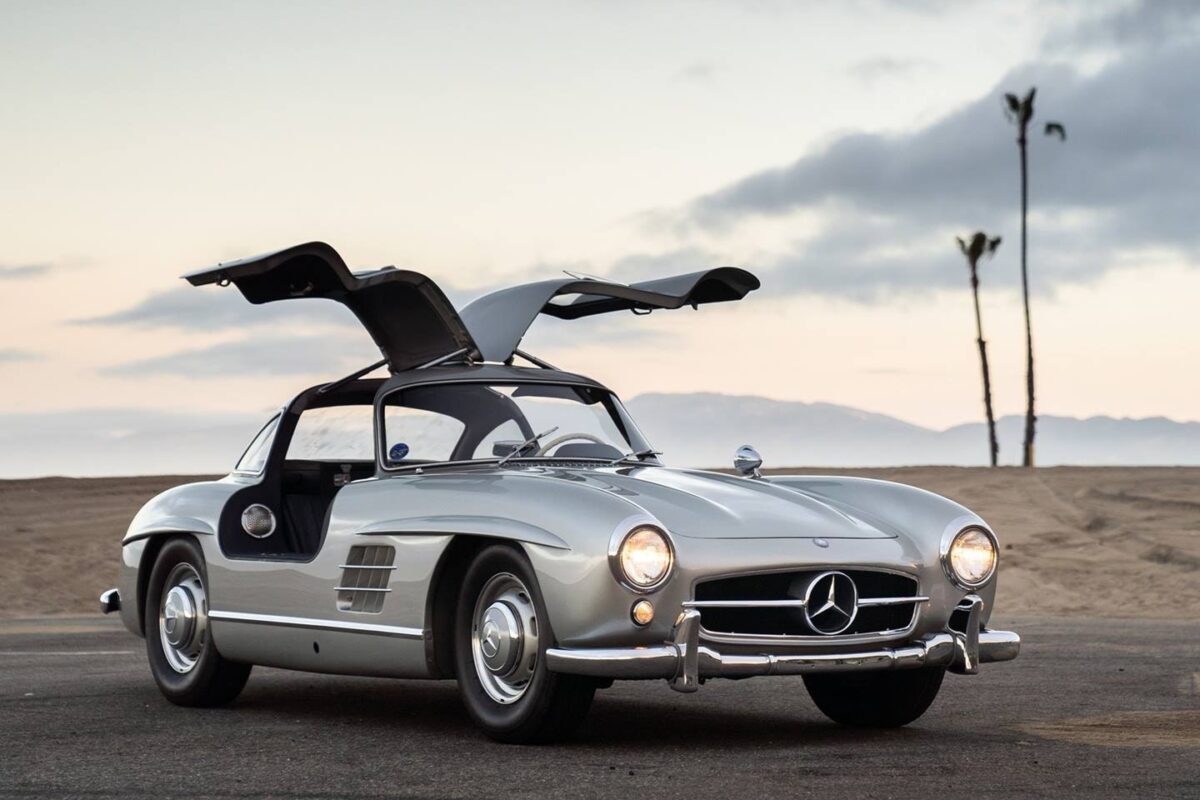 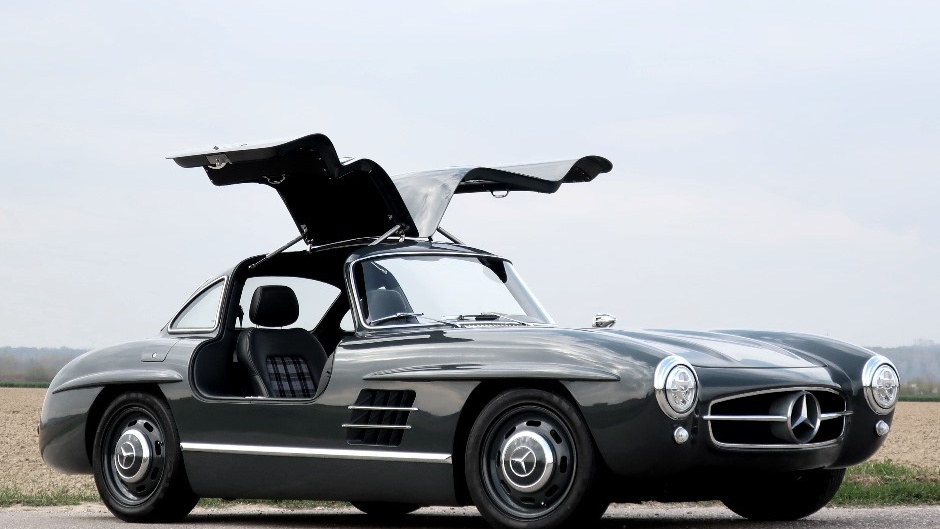 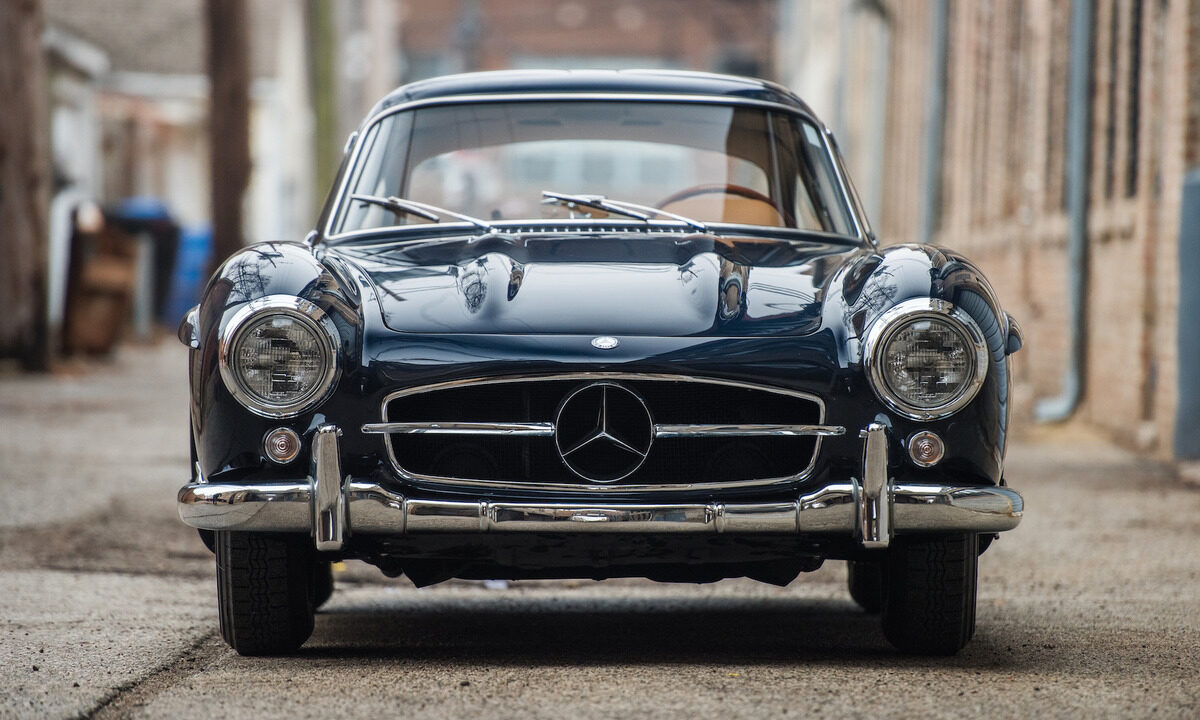 The Mercedes-Benz 300 SL is a two-seat sports car that was produced by Mercedes-Benz as a gullwinged coupe (1954-1957) and roadster (1957-1963). The 300 SL was inspired by Max Hoffman, Mercedes-Benz’s authorized United States importer at the time, who correctly perceived a large American market for such a car. The company introduced the 300 SL in February 1954 at the International Motor Sports Show in New York instead of in Europe in order to get it into U.S. buyers’ hands sooner.

The 300SL Gullwing was born out of motorsport, and was first built in 1952 for sports car races. It was only made available as a road car when the motor racing had finished. Road car production began in 1954 and ended in 1957 with a total of only 1,402 Gullwings being made.

The Gullwing has the unfamiliar door style chosen because this was the only door that would fit the new tubular chassis. Weighing just 50 kilograms, the innovative spaceframe was a lightweight structure that offered maximum rigidity. The only downside, on account of the extra height at the sills, was its incompatibility with conventional doors. Mercedes-Benz engineers solved this problem with the introduction of upswinging “Gullwing” doors.

The 201bhp Gullwing did offer some firsts in the way of technology, being the first 4 cycle gas injection car sold to the public. It also included a tubular space frame offering light weight and unrivalled strength. The car had an extremely low and aerodynamic body, thanks to mounting the engine at a 50 degree angle. All gears also featured synchromesh, which was unheard of at the time. One odd feature of the Gullwing Mercedes is the inclusion of a passenger horn button.

With the cars unusual Gullwing style doors and its racing heritage it was a recipe for money to be made. Daimler’s official importer to the USA, Max Hoffman suggested to Daimler-Benz that a road going version in America would be a commercial success. Although Daimler originally said no due to the fact that it would cost almost double the amount of a Jaguar, Hoffman pressed his point and eventually got his way.

The 300SL was eligible for FIA’s international sports contests in Class 2 Grand Touring. The most famous win the 300SL achieved was a 1st and 2nd in the 1955 Mille Miglia courtesy of John Fitch and Oliver Gendebein respectively.

Over 80% of the cars produced were sold, making it the first Mercedes to sell in bulk outside of its home market. 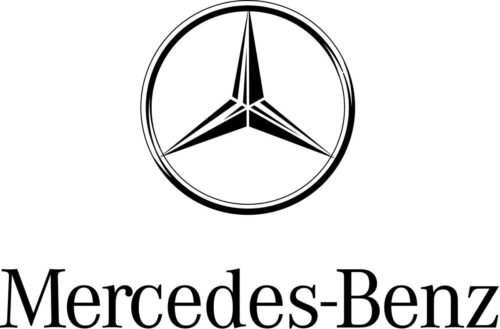