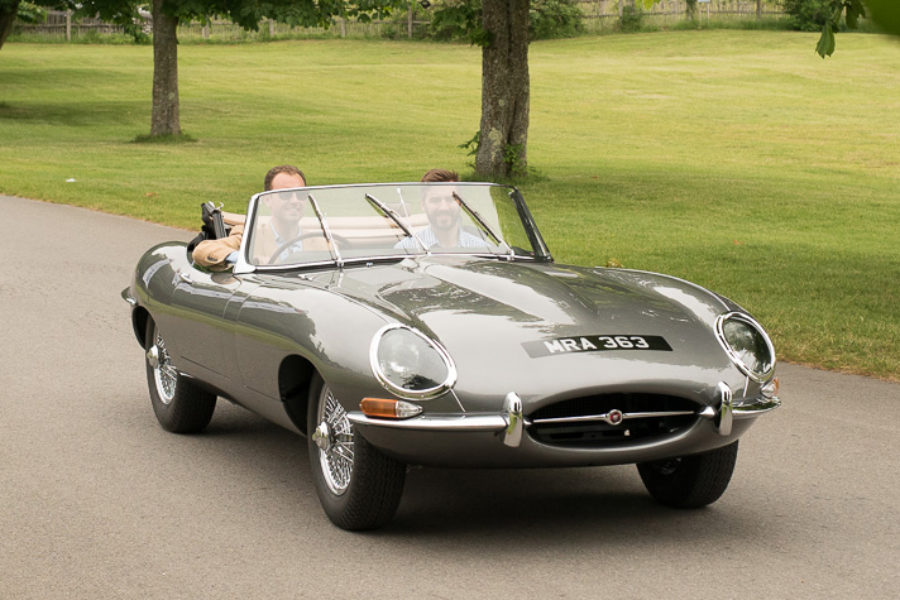 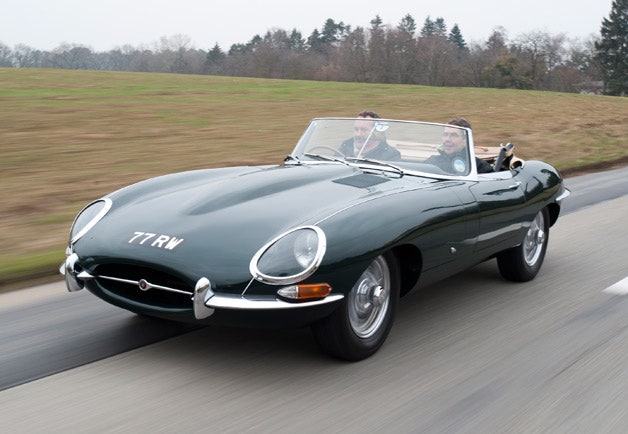 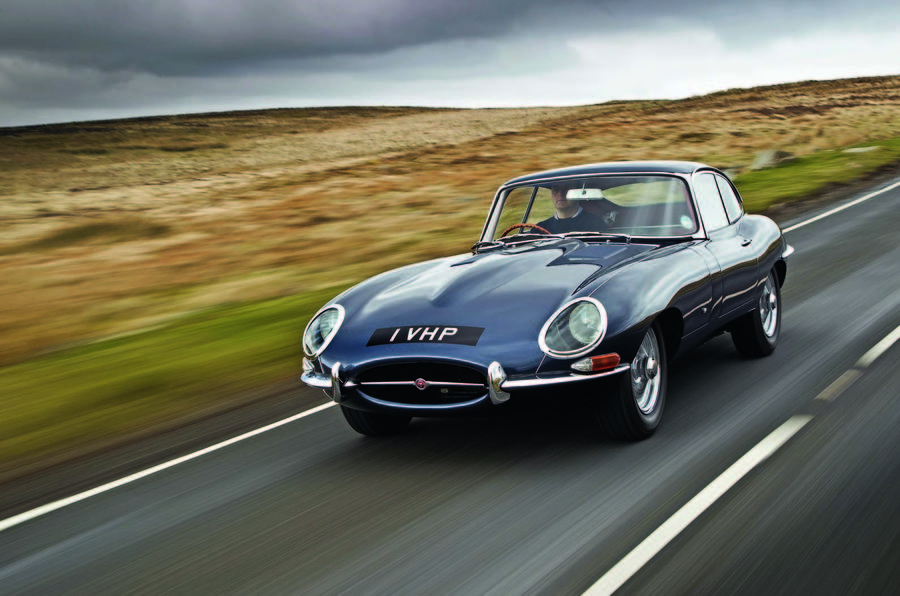 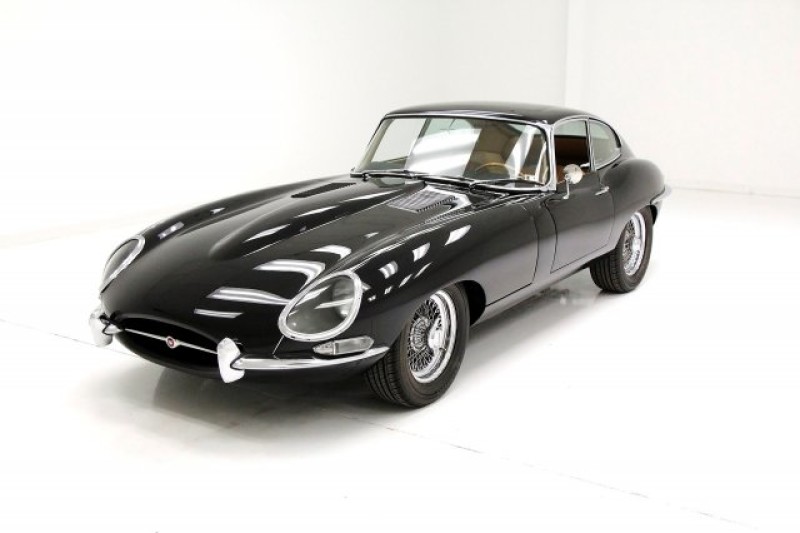 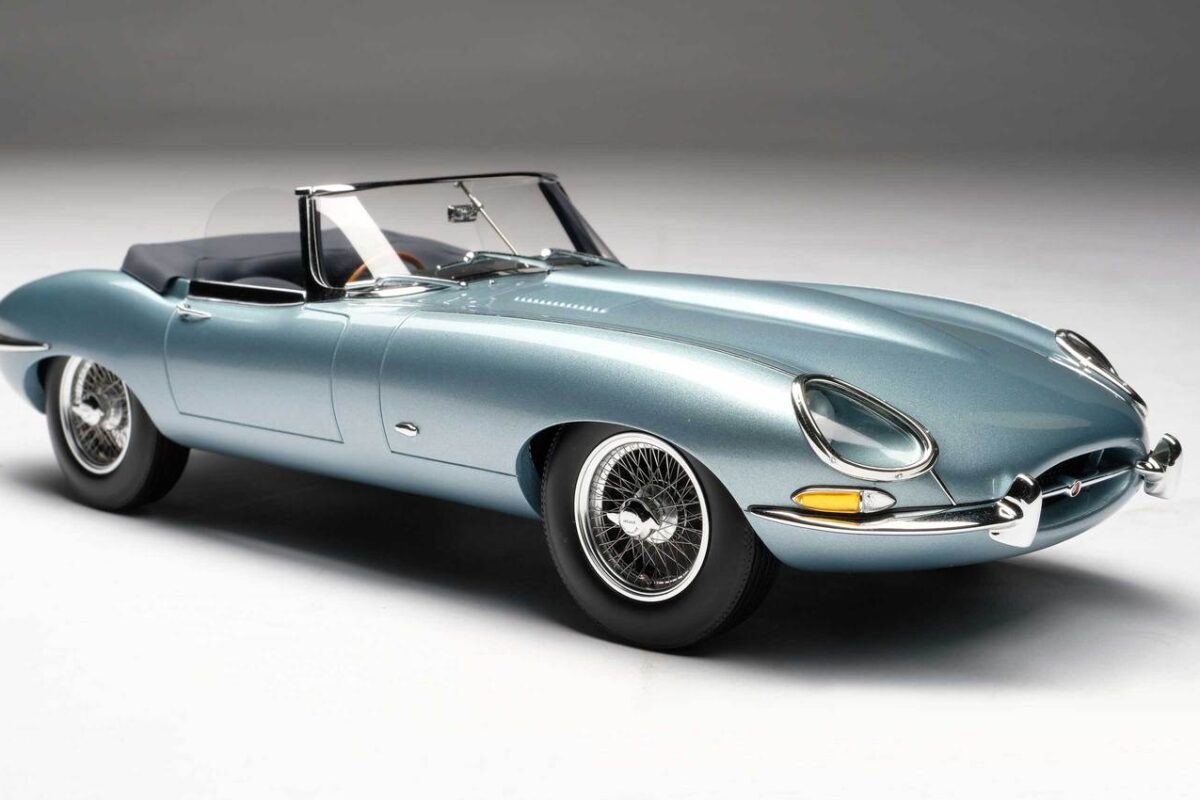 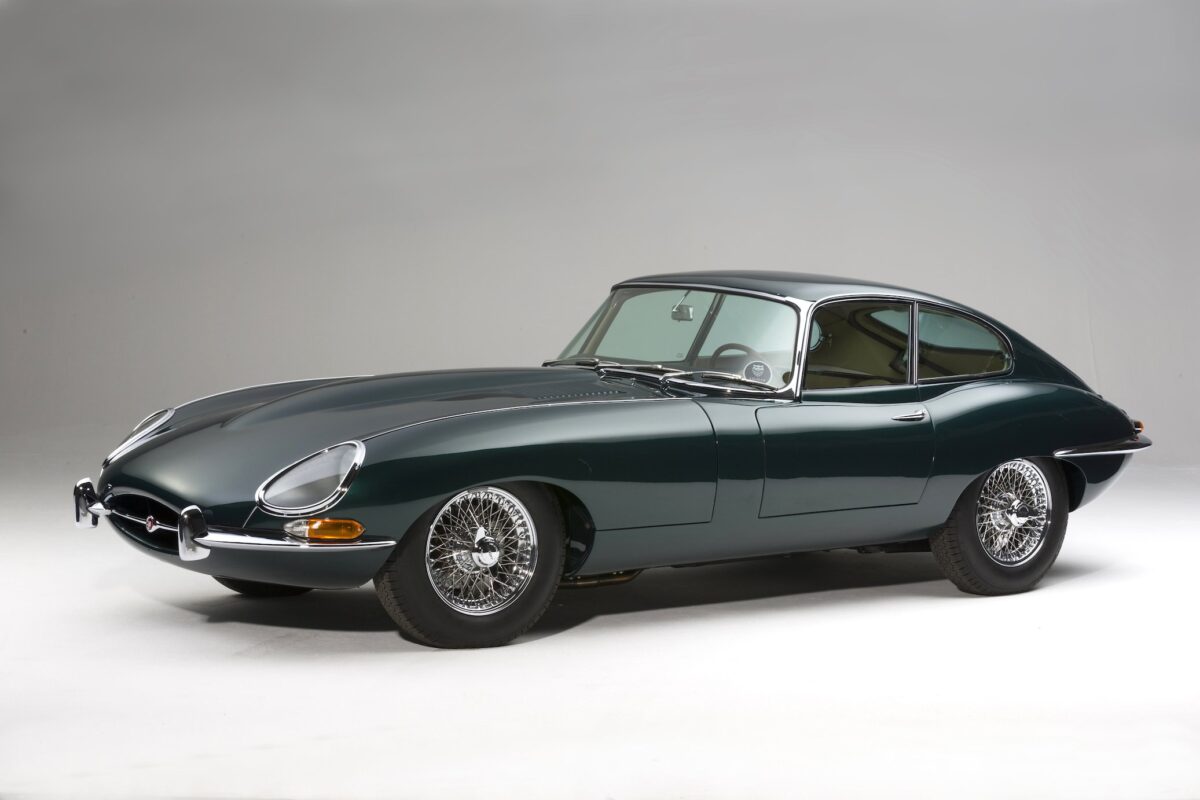 It was pure lust on wheels. Jaguar‘s voluptuous E-type had car enthusiasts’ tongues hanging down to their knees when it was introduced. And to this day the car commands head-spinning attention whenever it makes the scene.

First conceived in 1956, the E-Type was originally intended as a replacement for the Coventry, England firm’s mighty D-Type endurance racers. Jaguar quit racing shortly after the E-Type’s development began, but work on the car continued nonetheless, culminating in a production roadgoing version introduced at the Geneva Motor Show in March, 1961. Offered as a two-seat coupe or convertible, it was an immediate hit.

Among the car’s revolutionary features was independent rear suspension, a first for Jaguar, at a time when almost all streetable sports cars still used a more primitive solid-axle setup. But the E-Type’s most compelling claim at the time was its speed. The car’s smooth aerodynamics and 265-hp 3.8-liter inline six allowed it a top speed of 150 mph — strictly the domain of race cars and ultra-pricey exotics back then. Although not cheap, the E-Type offered such thrills for far less money than similar-performing machines.

To ensure the E-Type’s continuing sales appeal, Jaguar gave the car a succession of changes over the years. The 3.8-liter six was replaced for 1965 by a 4.2-liter version that had more torque. The following year, a 2+2 bodystyle was introduced. In 1971, Jaguar launched the final iteration of the E-Type, powered by a 314-hp 5.3-liter V12. The last of the 72,507 E-Types left the plant in early 1975.

Today, experts invariably list the E-Type as one of the world’s most beautiful cars. Combine that appealing design with the car’s pleasing road manners and sporty smooth exhaust purr, and you’ve got one of the finest sensory delights known to man.