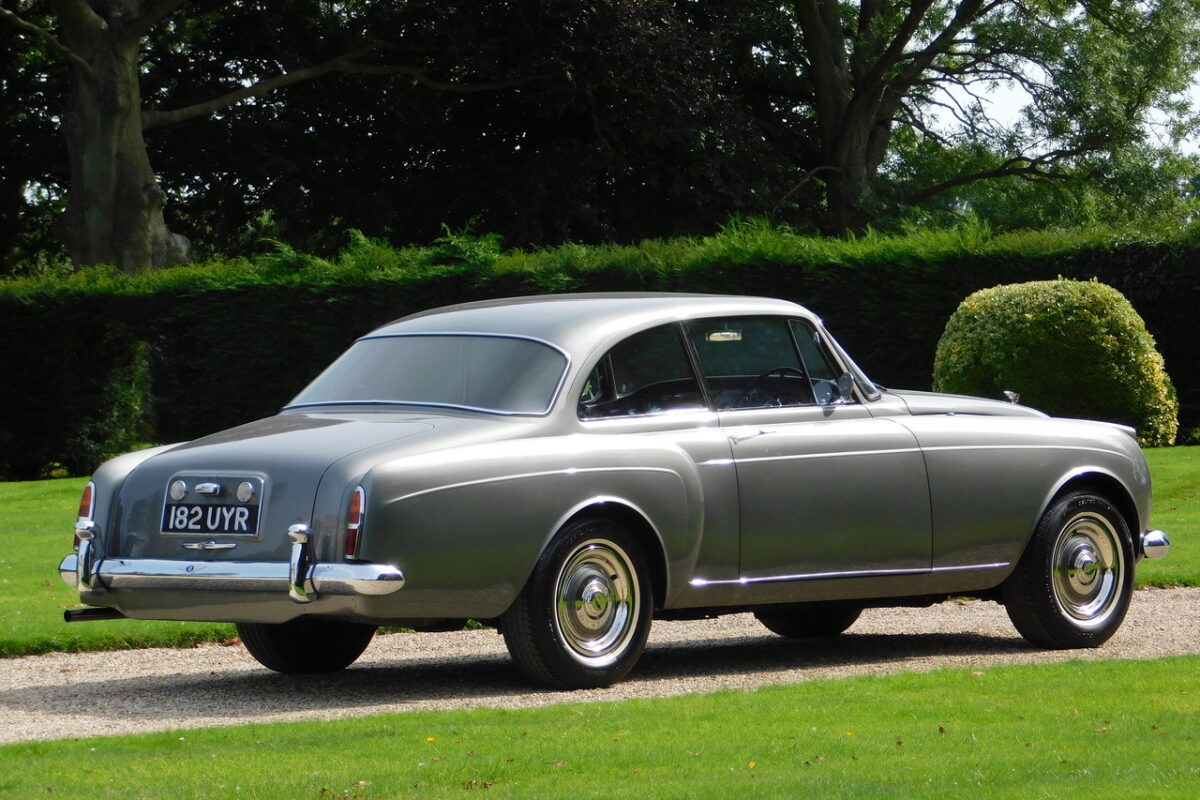 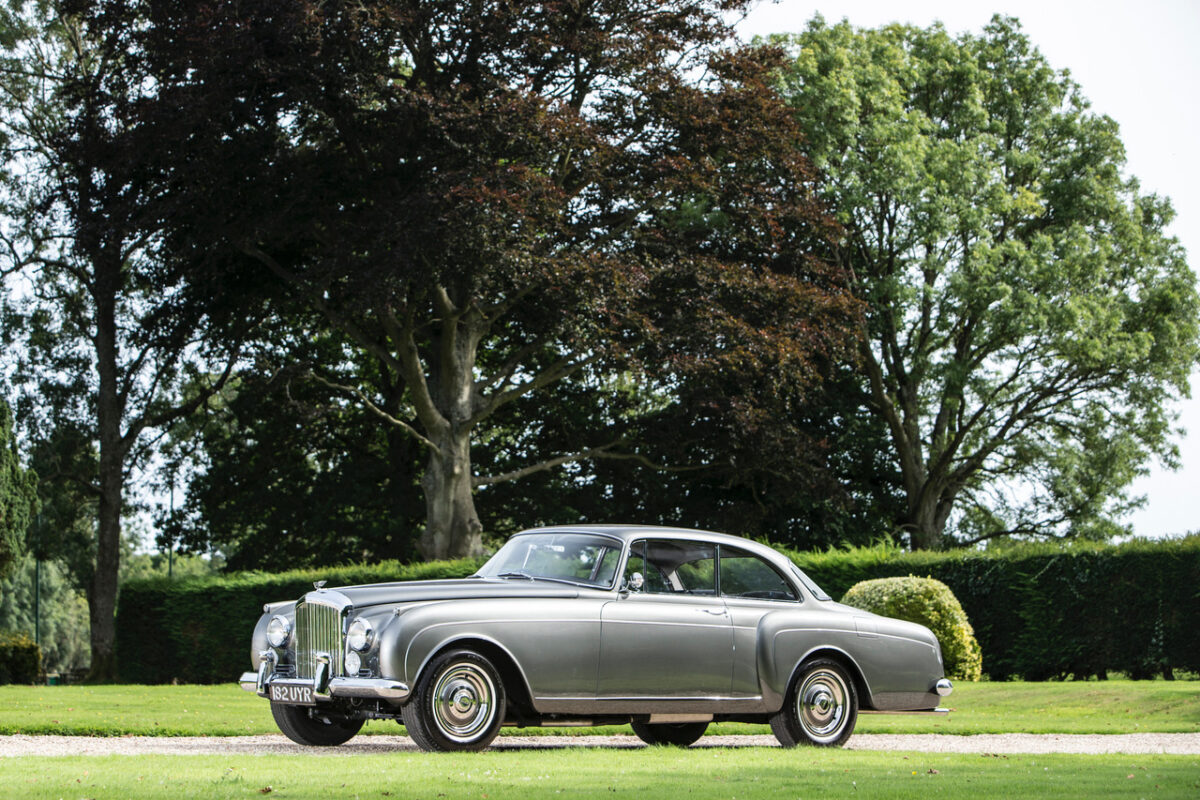 One of only a dozen ever built this beautiful Bentley was fitted with the very rare H.J Mulliner design No.409, notable for its aluminium bodywork and exceptionally clean styling. This example was specially ordered by a discerning Derbyshire man, A.J.N. Barrs of Repton Park. He chose shell grey coachwork, a light grey leather interior and dark blue top and carpets. Of the 3108 Bentley S1s built from 1955-59 (including long wheelbase versions), the majority received standard steel factory bodywork; only 184 had custom designs fitted, 43 of them by H.J. Milliner, which were all built on standard chassis. Aluminium was an expensive option but offered useful weight savings, less chance of corrosion and enhanced performance.

A standard S1 offered a top speed of 103mph and 0-60mph in 13 seconds, and the few aluminium cars would have been appreciably faster. The S1, launched in 1955, was based on Rolls Royce’s post war silver cloud, and both models proved to be the marques’ last standard production cars with separate chassis.

The Bentley S1, which replaced the R Type the S1 offered a longer wheelbase, lower build, softer suspension, lighter steering and better braking. To assist performance, a four-speed automatic gearbox was standard, but it still offered the driver the choice of individual gears. It was more or less identical, apart from the grille.

The Bentley S1 offered what has come to be appreciated as a timeless appeal, like that of fine art. The interior is classic, extremely comfortable for five or six people and aesthetically pleasing. The dashboard, with its instruments set in walnut, and the switches all at hand, make it very easy car to drive. The engine is unstressed, the brakes are servo-assisted, and with its masses of smooth six-cylinder torque and high gearing the S1 drophead remains a fine grand tourer.

After Mr.Barrs, the car went to a dealership in Epsom, then to Scotland and then to the USA. The current owner acquired it in 2010 in New York in very poor condition, but after a three-year restoration in Belgium this Mulliner convertible is again in perfect condition and its original specifications, complete with its original engine and matching numbers.