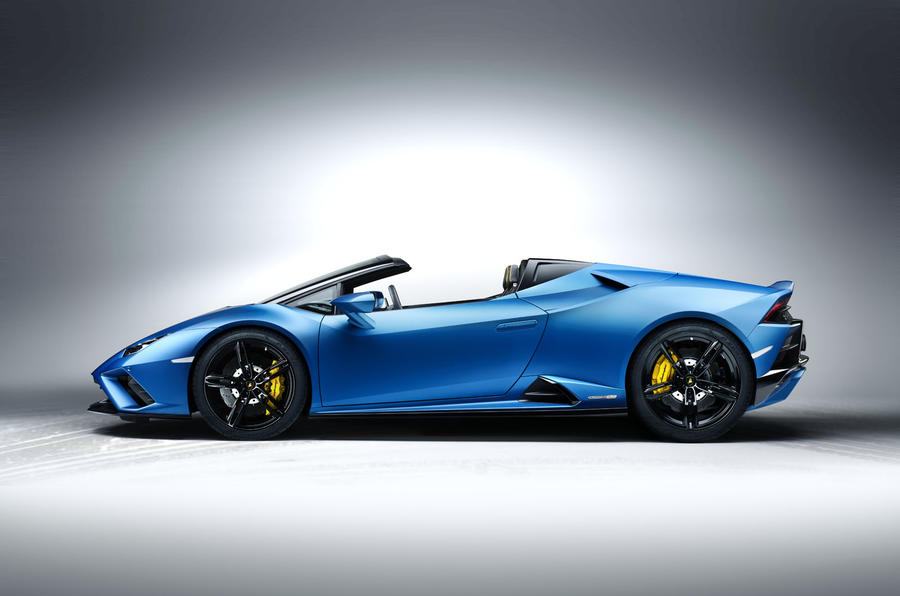 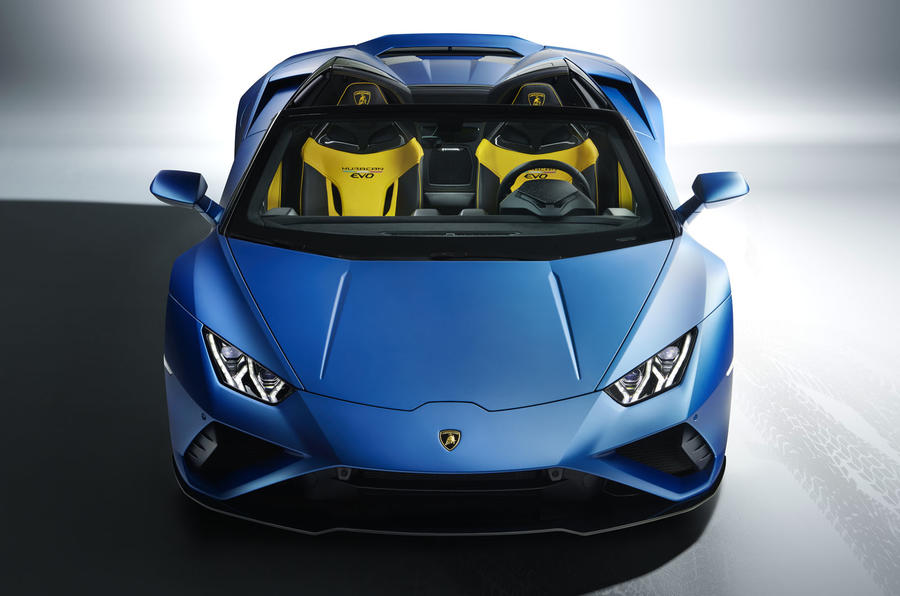 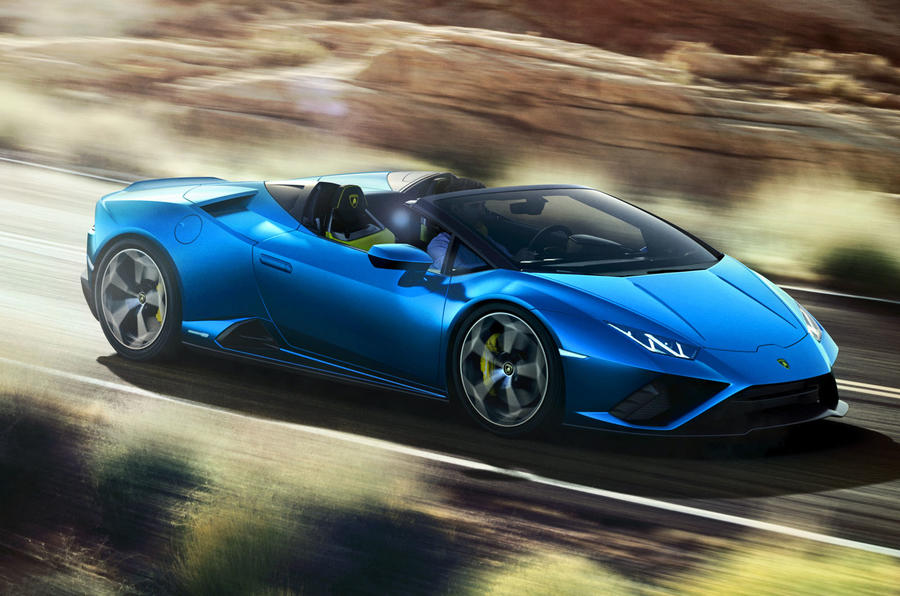 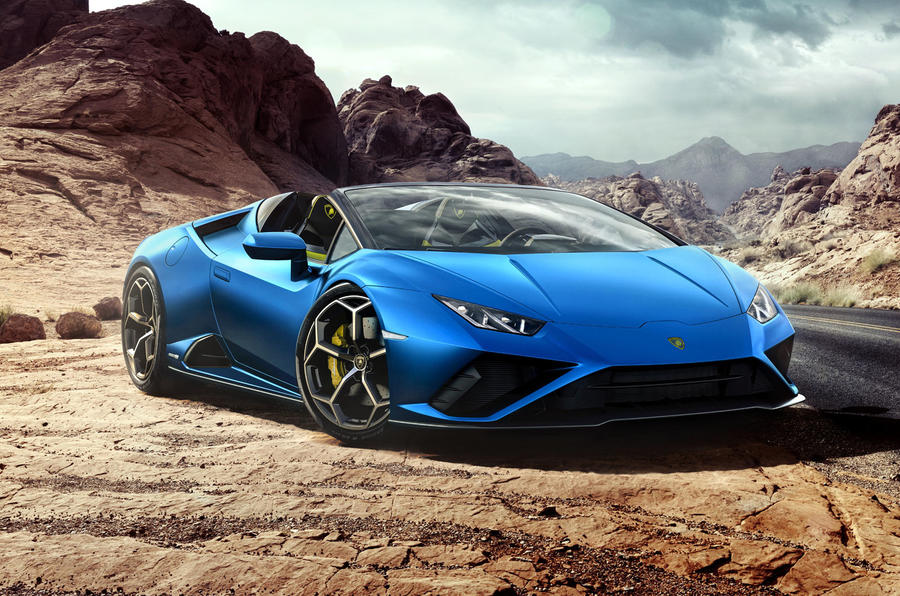 Lamborghini jumps back into production after a two-month factory shutdown due to the coronavirus pandemic. As much of the world is largely still in lockdown, the raging bull had revealed its new Huracán Evo Rear-Wheel-Drive Spyder.

The Huracan EVO RWD Spyder will join an extensive family of impressive vehicles, the Evo Coupé, Evo Spyder and Evo RWD Coupé. The newest member of the range will feature an electrically folding fabric roof that can lower within 17sec while the car is moving at speeds of up to 31mph!

Similarly to its hardtop counterpart, the RWD Spyder takes its power from the naturally aspirated 5.2-litre V10. It sends 602bhp and 413lb ft to the rear axle by way of a seven-speed dual-clutch automatic gearbox. (That’s 29bhp less than in the four-wheel-drive Huracán Evo)

Performance figures are remarkably similar between the two RWD models, despite the roof mechanism and structural enhancements adding 120kg to the dry weight of the Spyder. Its 0-62mph time of 3.5sec is just 0.2sec longer than that of the RWD Coupé and its 201mph top speed falls just 1mph short.

Like the RWD Coupé, the new drop-top can be told apart from its four-wheel-drive Evo Spyder stablemate by subtle styling tweaks, including a new front splitter with larger air intakes and vertically oriented cooling fins, a bespoke rear diffuser and a gloss black rear bumper.

As per the RWD Coupe, this Spyder features a new front splitter with larger air intakes, but debuts a brand-new diffuser in the rear bumper. Inside it’s as per the Coupe, too: an 8.4in touchscreen sits in the centre console, a digital dash in front of the driver, and the rest of the cabin is unmistakably Lamborghini. If we’ve caught your interest and you want to get your hands on one of these, you’re going to have to cough up £188,800.