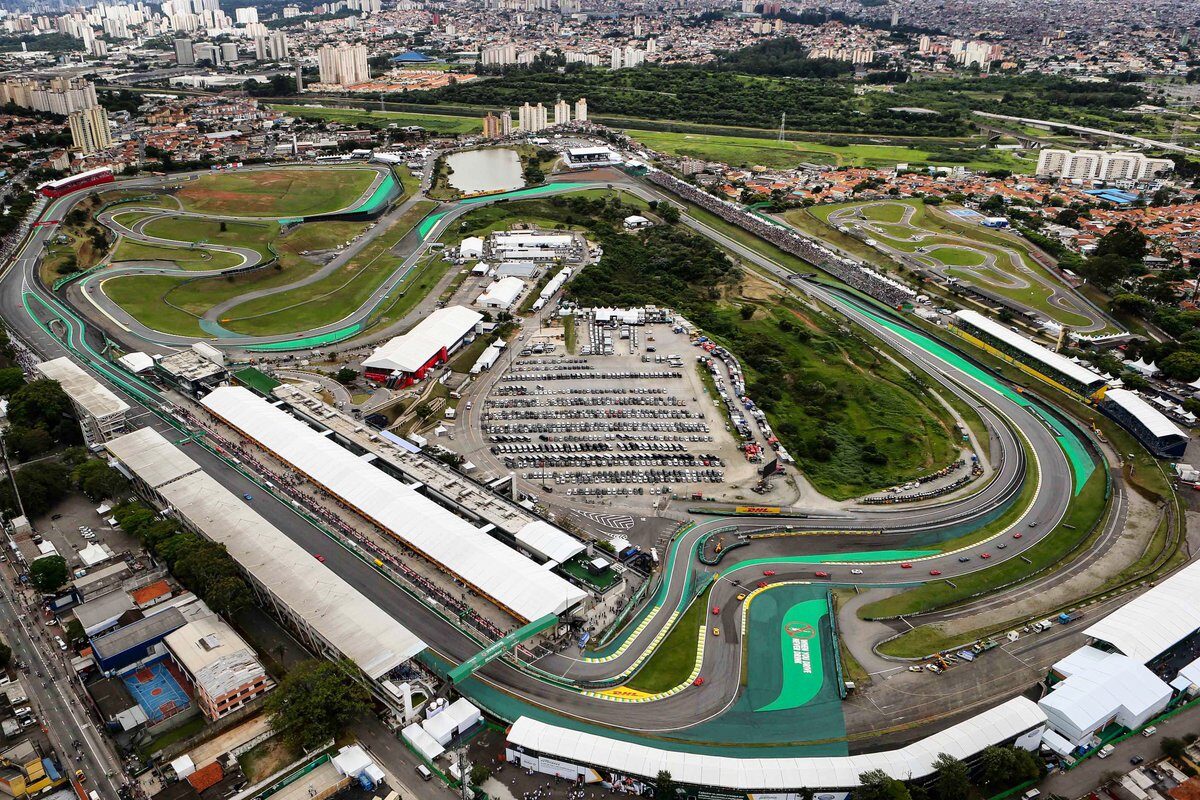 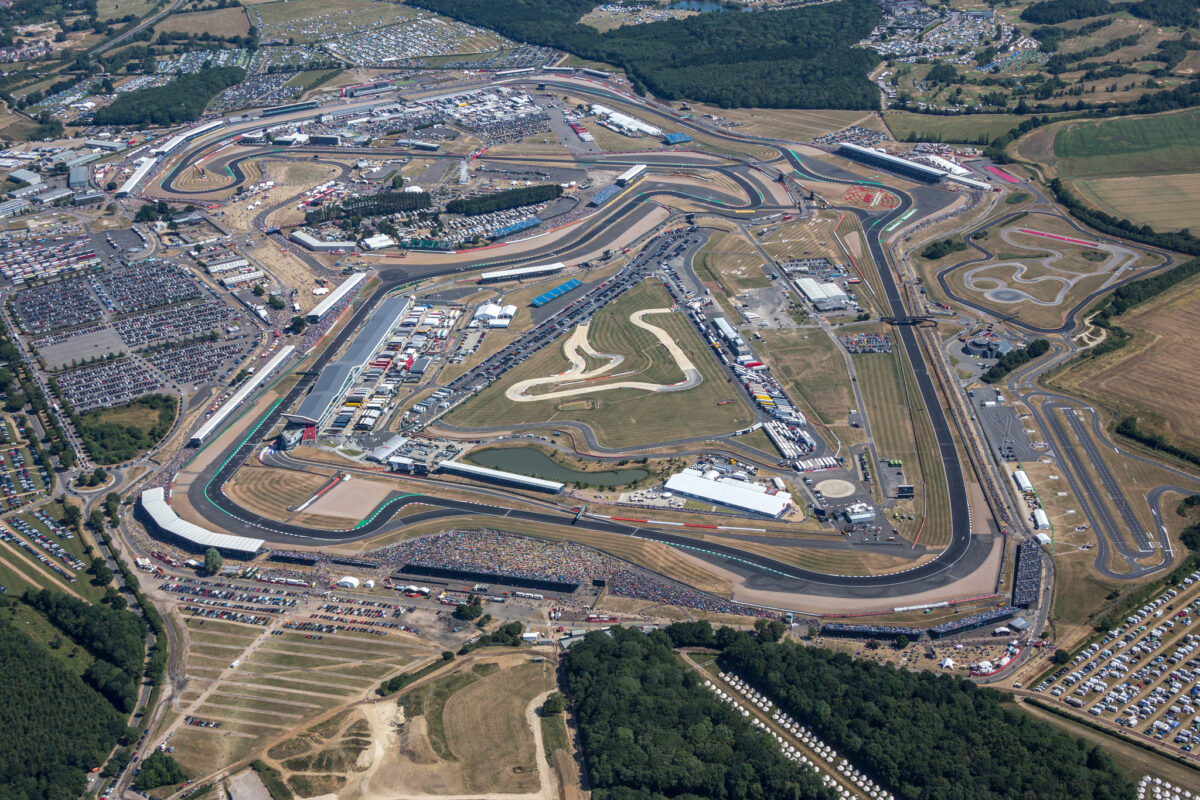 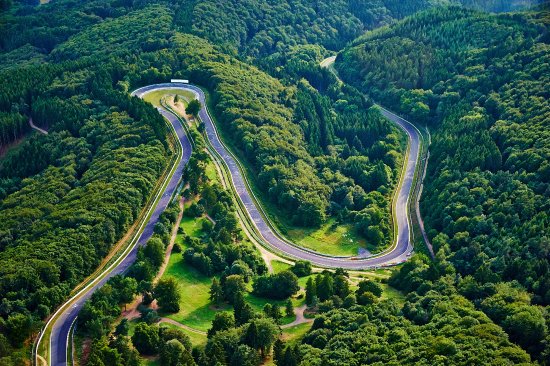 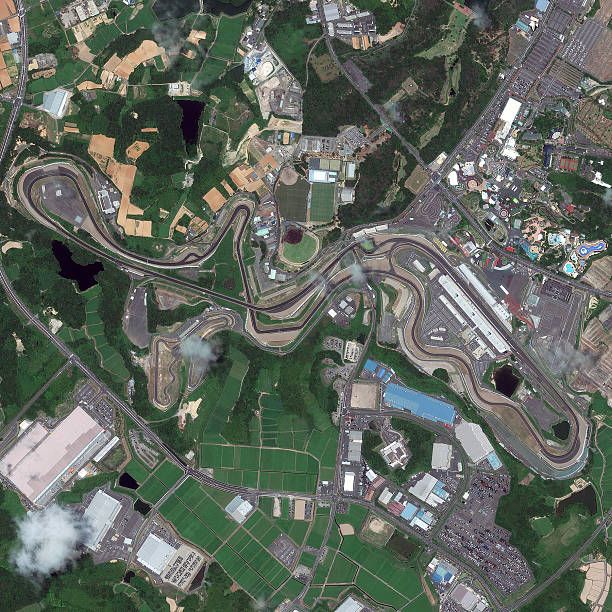 When it comes to famous race tracks there are so many to choose from. However, we’ve compiled a list of what we believe are the top 10 racetracks around the world. Do you agree?

Even if you’re not into car racing, you’d recognise the name Nürburgring! It’s one of the longest and most challenging racetracks in the world! Nearly 13 miles long, it features more than 150 corners. If you’re brave enough, you can drive it by buying a ticket to the race. One lap in under seven minutes is difficult for even the best drivers in the fastest cars in the world, do you think you’d be able to do a lap in under 7 minutes? Considered a legendary circuit with steeped in motorsport history, the famous race track appropriately dubbed ‘Green Hell’, it includes every type of turn imaginable! Have you ever been to Nurburging Nordschleife? What did you think?

Home of the Formula One Belgian Grand Prix, the Spa-Francorchampsits hosted its first Grand Prix in 1925 and has held a Grand Prix every year since 1983. This charming track is set in the Ardennes countryside and has a rich history in F1 and motorsport. It is a fan and driver favourite, with iconic corners like the Eau Rouge/Raidillon complex and Pouhon, stunning scenery and great racing guaranteed. Spa also hosts several other international events including the 24 Hours of Spa and the World Endurance Championship 6 Hours of Spa-Francorchamps, and the TCR Spa 500.

The current location of the Japanese Grand Prix, Suzuka is a sweeping, quick track. Designed as a Honda test track in 1962 by Dutchman John “Hans” Hugenholtz, the most memorable part of the track is the “figure eight” layout, with the 1.2 km back straight passing over the front section by means of an overpass. It’s one of only two FIA Grade 1 licensed tracks to have a “figure eight” layout, the other one being the Fiorano Circuit! It features the renowned 130R, ‘S’ Curves and the Degner Curve and has been the scene of some truly incredible motorsport moments, like Ayrton Senna and Alain Prost’s 1989 collision at the chicane.

The Le Mans 24 hours is arguably the most famous motorsport event in the world! The first race took place in 1923 and it has been an annual feature on the motorsport calendar since 1949. Circuit de la Sarthe is a semi-permanent race track containing both private and public roads which remain accessible most of the year, its present configuration is 13.626 kilometres long, making it one of the longest circuits in the world! With iconic corners like the Dunlop Curve, the Esses and the Porsche Curves this really is an incredible, famous race track!

The street track around the Principality of Monaco has changed very little since it debuted on the F1 calendar in 1950 and remains a difficult one to master. With quick corners like Piscine mixed in with tight hairpins and barriers surrounding the circuit, there is no margin for error. The circuit is annually used on two weekends in May for Formula One Monaco Grand Prix and Formula E Monaco ePrix (odd years) or Historic Grand Prix of Monaco (even years). The Monaco Grand Prix is the jewel in F1’s crown and the track remains a fan’s firm favourite.

The Autodromo Nazionale Monza is one of the oldest tracks on the F1 calendar, but its future currently looks uncertain. The super-quick circuit is mainly made up of long straights and tight chicanes. With a unique layout and packed grandstands full of enthusiastic fans (mainly Ferrari supporters), the Italian Grand Prix is always a special event. Built in 1922, it is the world’s third purpose-built motor racing circuit after those of Brooklands and Indianapolis. The circuit’s biggest event is the Formula One Italian Grand Prix. Except 1980, the race has been hosted there since the series’s inception. The Monza circuit has been the site of many fatal accidents, especially in the early years of the Formula One world championship and has claimed the lives of 52 drivers and 35 spectators. As a result, track modifications have continuously occurred, to improve spectator safety and reduce curve speeds.

Set in a beautiful location, Mount Panorama Circuit is a motor racing track located in Bathurst, New South Wales, Australia. It is often considered one of the greatest racetracks in the world. It is technically a street track as it’s run on public roads. With steep inclines, long straights and quick corners, it’s a tough challenge for drivers and is the host of the iconic Bathurst 12 Hour and Bathurst 1000 races. The track has an unusual design by modern standards, with a 174-metre (571 ft) vertical difference between its highest and lowest points, and grades as steep as 1:6.13

The Laguna Seca raceway is a paved road racing track in central California used for both auto racing and motorcycle racing, built in 1957. The California race track features 11 corners, with the most famous being the “Corkscrew” chicane – one of motorsport’s most difficult turns, with an uphill approach, blind apex and dramatic drop downhill. The racetrack is 2.238 miles (3.602 km) long, with a 180 feet (55 m) elevation change

Known as the ‘home of British motorsport’, Silverstone is the UK’s most famous track and features some of the best corners in F1 – including Copse and the Maggotts/Becketts complex. The Silverstone circuit is on the site of a World War II Royal Air Force bomber station, RAF Silverstone, which opened in 1943. Despite the current layout differing greatly compared to the original, it remains one of the few ‘old-school’ circuits in the sport. It’s a busy and popular track, with a range of other championships (like FIA WEC and BTCC), racing there.

Interlagos is something of a throwback circuit, built in the 1940s, Autódromo José Carlos Pace is the current host of the Brazilian Grand Prix and stages a range of other racing events throughout the year. It’s another classic circuit, with sweeping, quick bends and long straights always producing exciting on-track action. Also known by its former name ‘Interlagos’, it’s been the scene of many classic moments in F1, including Senna’s first win on home soil in 1991 and Lewis Hamilton’s late title success in 2008.

How many of these racktracks have you been to? Which is your favourite? Have we missed any iconic racetracks out? Let us know!

Don’t forget to subscribe to our blog and follow us on social media for the latest car-related news, advice and more – from Supercars to Classics.