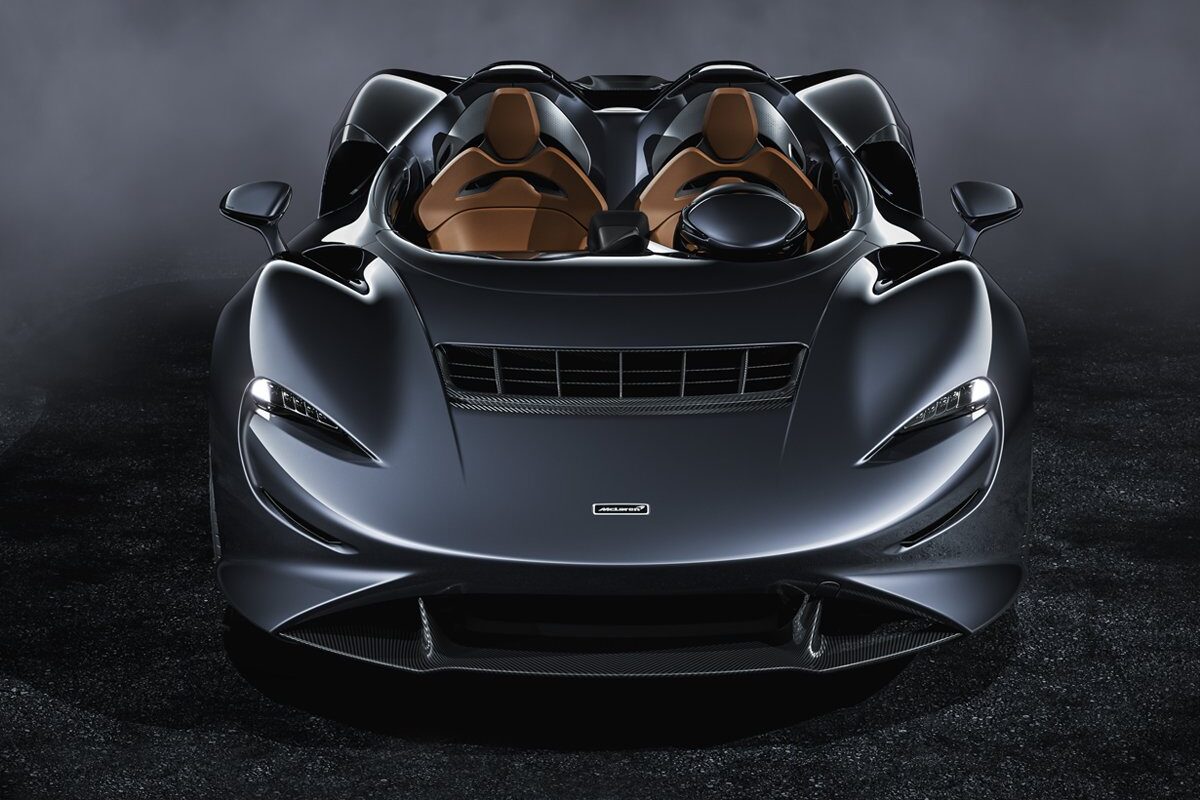 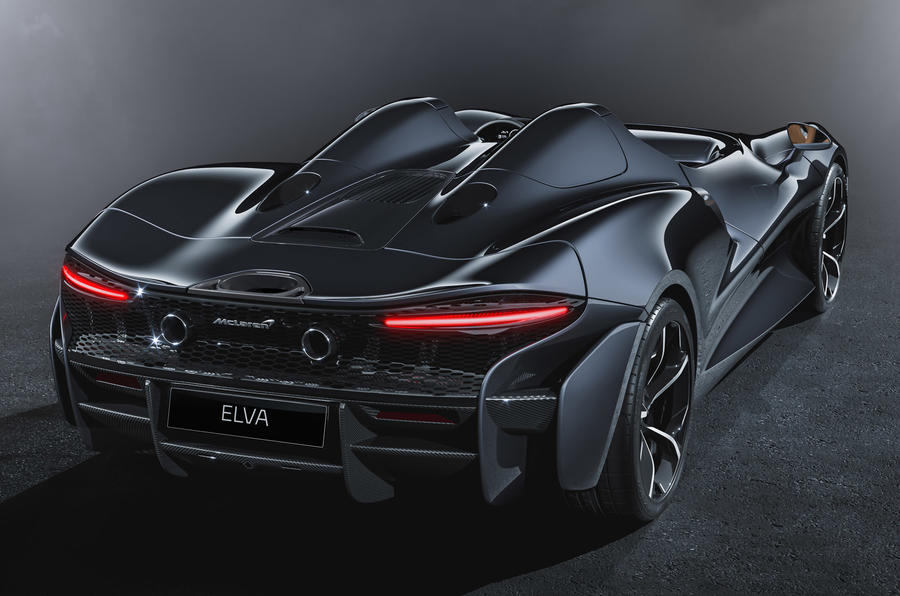 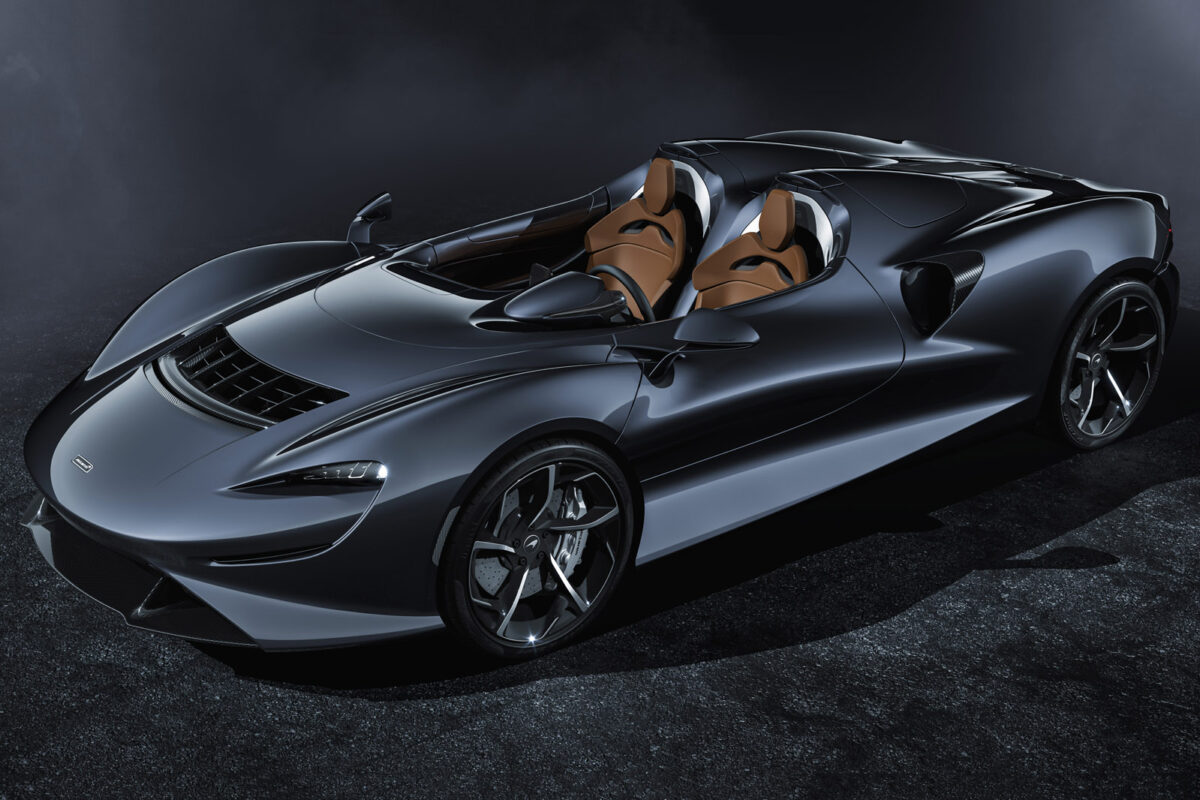 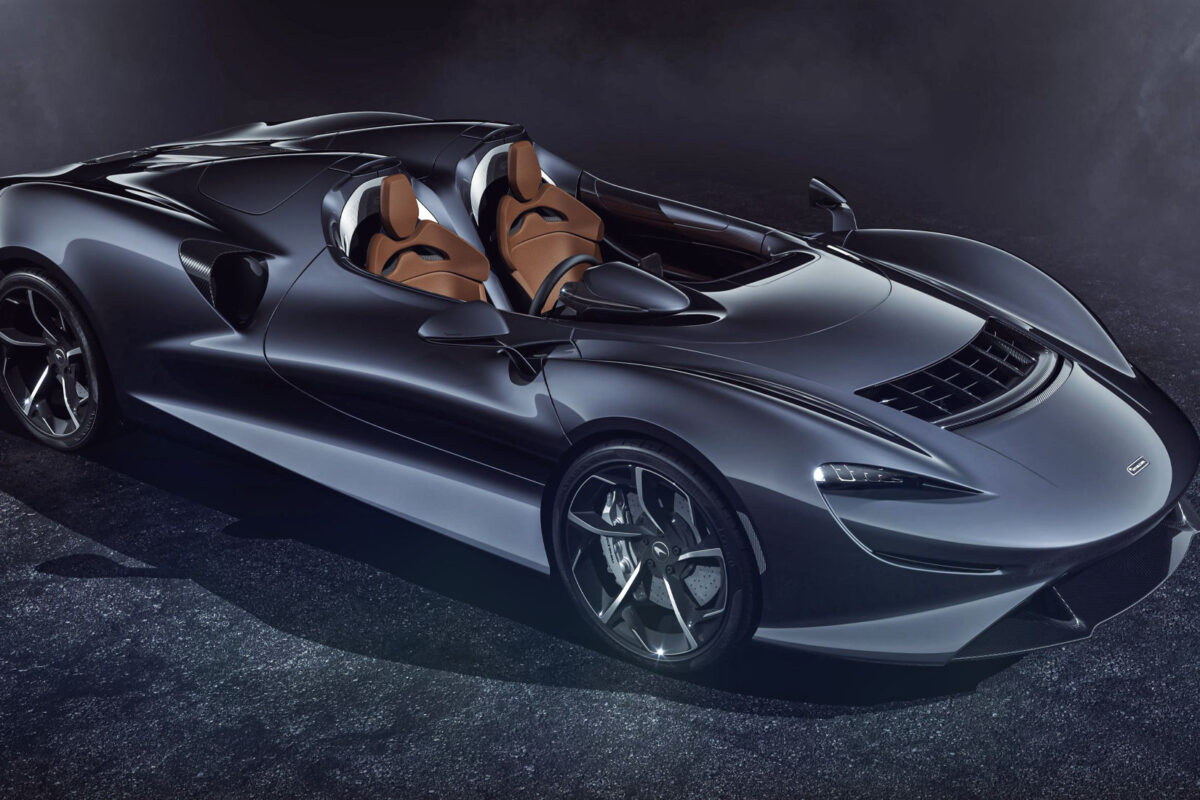 When we heard of a car without windows, without a roof and without a front windshield we thought we’d heard it all. Automotive Giant, McLaren is behind this bold design. Introducing the Elva, a new limited-run two-seat open-cockpit roadster as its next Ultimate Series model, the car is the fifth addition in the Series, joining the F1, the P1, Speedtail and the Senna.

The new roadster will be aimed at providing “road-focused driving pleasure”, with a bold open-cockpit design. As well as the open front, McLaren has made the cabin as open to the elements as possible with low sides. Not very practical for drivers in the UK where it rains for a total of 156 days a year! Although the Elva has no windshield or windows, a front windshield will be added for the cars intended for the US market.

The car has several features designed to maximise aerodynamic efficiency, including air intakes on the rear buttresses and an active rear spoiler. The latter works in conjunction with an extreme rear diffuser, which features vertical fences designed to accelerate air out from under the Elva’s flat floor.

The Elva is claimed to be the lightest sports car ever produced by McLaren though the actual curb weight is yet to be announced. The car’s entire body work is made of carbon fibre including the chassis, doors and seats in order to keep the weight low. Powered by the firm’s 4.0-litre twin-turbocharged V8 engine, it can reach 62mph in “under three seconds” and has a claimed 0-124mph time of 6.7sec – faster than the track-focused Senna.

McLaren’s traditional V8 engine has been tweaked for improved power output with a revamped exhaust system, while the car’s chassis has been optimised to “maximise agility and driver engagement and feedback”, with electrohydraulic steering and unique software settings and springs.

McLaren boss Mike Flewitt says the Elva is “a uniquely modern car that delivers the ultimate connection between driver, car and the elements”. Flewitt also revealed the production quota for the new Elva speedster will drop from 399 units to 249.

Overall an incredibly daring designed car from the McLaren team. With an expected price of £1.4 Million, significantly higher than its predecessors.

What do you think of the Elva? Form before function?