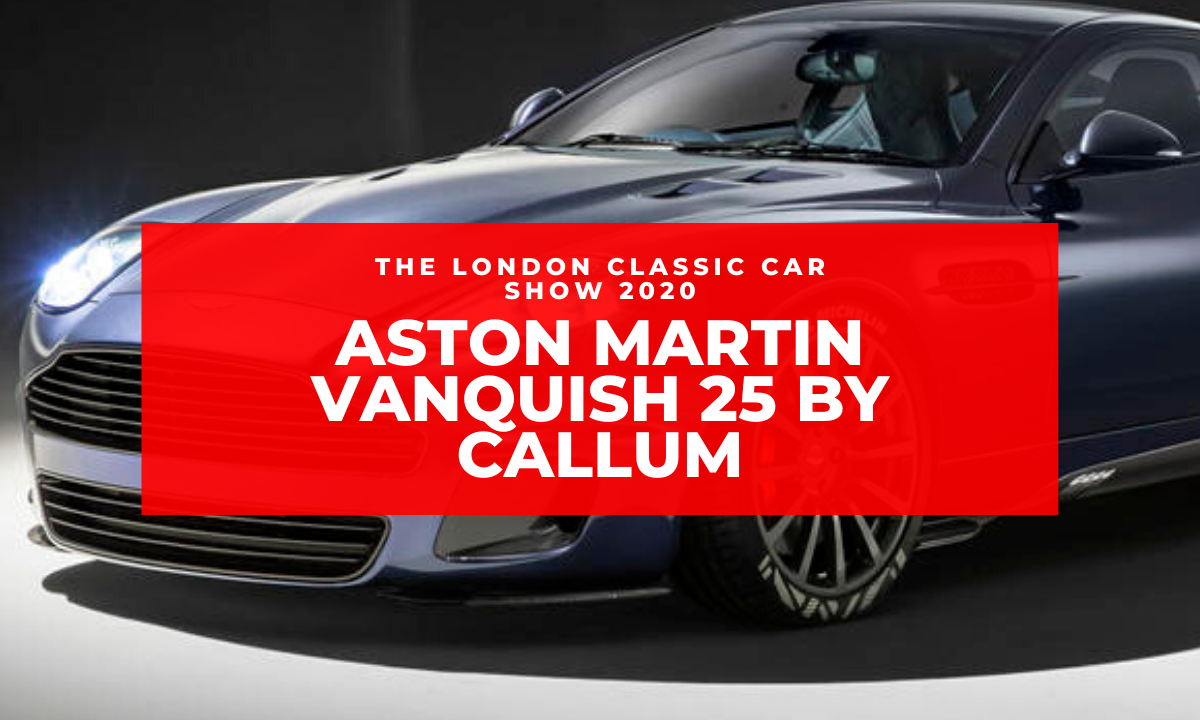 During the London Classic Car Show, we heard from Ian Callum famed British car designer and CALLUM’s head of engineering, Adam Donfrancesco. Callum discussed the design and development of the original Vanquish and the journey to create this new retelling and re-engineering, which features over 100 design and dynamic changes.

In June, Ian Callum retired from his post as Jaguar’s design boss. A month later, the man with an extensive résumé extending more than two decades started Ian Callum Design with a few former colleagues. Callum said the new full-service design and engineering house would create and upgrade vehicles.

Hot on the heels of the announcement, Ian Callum’s new operation has unveiled its first project: the Aston Martin Vanquish 25, a modern interpretation of a soon-to-be new-school classic. Commissioned by R-Reforged and fully endorsed by Aston Martin. It’s an interesting prospect, since it lets the original designer loose on one of his most distinctive models.

As the name claims, Callum will build only 25 of its inaugural product. All 25 cars will benefit from a V12 engine with software, hardware, and exhaust upgrades for a power output of close to 600 bhp. Callum will offer a new six-speed automatic gearbox, while the car’s original automated manual will also be available.

Although there’s more, Callum claims more than 100 changes, ranging from a 10mm lower ride height to new 20-inch alloy wheels, from new composite window surrounds to reprofiled carbonfibre bumpers front and rear. The dash is also created from carbon fibre, the console houses an eight-inch display that runs Apple Car Play and Android Auto, and new seats and re-profiled paddle shifters mean you now sit ‘in’ the Vanquish rather than perch on it. The steering wheel is also thinner. It’s detail stuff, but all adds up and it’s not just cosmetic changes either – the chassis and engine are heavily revised, too. While aesthetically it remains the same, the CALLUM Vanquish will benefit from modern technologies and features such as LED headlights and taillights, bigger carbon-ceramic brakes, 20-inch wheels, special Michelin tyres, re-trimmed cabin with new sports seats, a screen-based infotainment system, and more.

Remastering, remixing, re-imagining: call it what you want, but revisiting the past and giving it the benefit of the ‘now’ is big business.