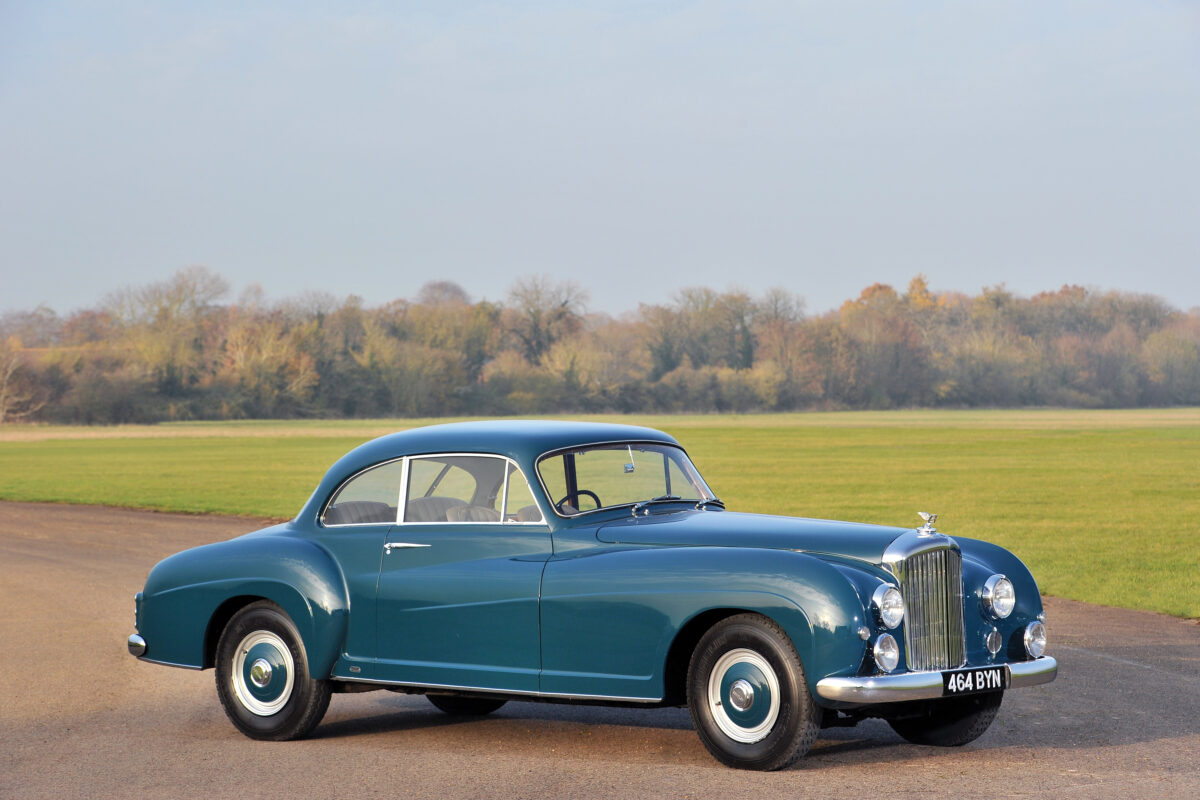 ‘The most perfect piece of roach machinery I have ever driven…this Bentley is the equal of many modern racing cars, and superior to some,’ wrote the delighted racing driver Raymond Mays in 1953 after 2,700 miles at the wheel of a Continental. The Motor called it ‘a modern magic carpet which annihilates great distances and delivers the occupants well-nigh as fresh as when they stated’.

The few fortunate enough to drive or own a Continental recognised that here was a car that offered the perfect combination of Bentley performance and Rolls-Royce comfort and quality. With a final price of £6,000- £7,000, a fabulous sum in those post-war years, it was also probably the most expensive car in the world, but it was truly the fastest saloon. It was designed with exports in mind and only 207 Continentals were built between 1952 and ’55, nearly all of them going abroad, with fastback bodies by H.J. Mulliner.

Towards the end of production, five chassis were exported to be clothed by the renowned and fashionable Parisian coachbuilder Franay.

Three of these were similar to the classic fastback coupes built in England but two were very different ‘notchback’ coupes. This splendid example is one of them, subtly French and lovely from every angle.

Its first owner was well the known jeweller Charles Perround and its remained in France until the mid-1960s when it returned to England, purchased by Captain Paul Arnison-Newgass of the Royal Dragoons. It then passed to a number of careful drivers before coming to its current owner.

The Continental was the ultimate post-war Bentley, designed for effortless fast touring, and, underneath the sumptuous bodywork whose fastback styling had been wide tunnel tested, the R Type, built by Rolls-Royce, was actually a conventional design, but finished to the highest standard and with immense smooth torque on tap from the six-cylinder engine. The long chassis was pressed-steel channel with rigid cross-bracing with wishbones, coil springs and an anti-roll bar. At the rear was a live axle with semi-elliptic leaf springs and dampers adjustable from the steering wheel. Alloys were used where possible to reduce weight and the raked grille was lower than on other Bentleys, unstressed performance and comfort that is exceptional today. As Mays eulogised; ‘It is difficult to put into words the gulf that separates a Continental from the average car’.