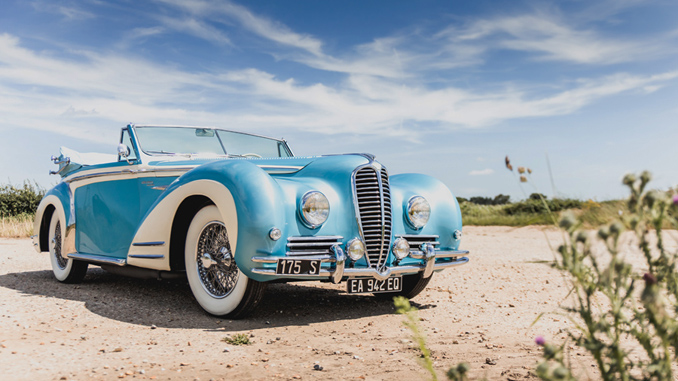 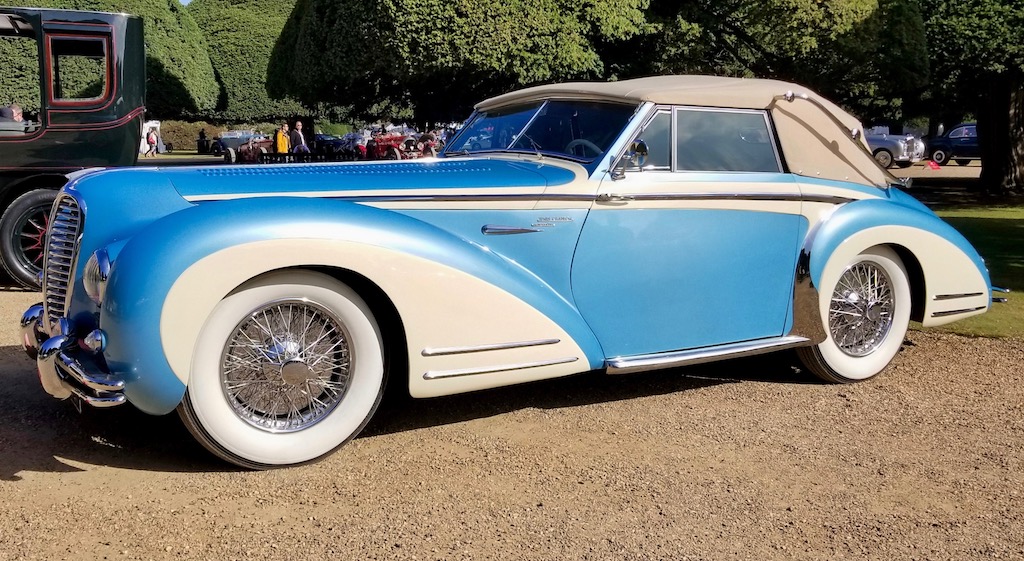 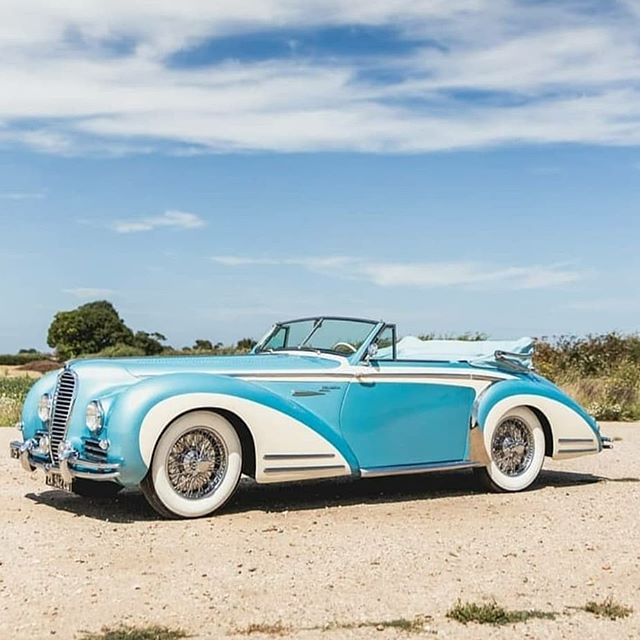 The famously flamboyant coachbuilder Henri Chapron called the body style of this delightful four-seat convertible, ‘Le Dandy’ and no doubt he was aware of the poet Baudelaire’s expressed opinion that dandyism meant cultivating the idea of beauty, of satisfying one’s passions and of rejecting middle-class values and any egalitarian principles. The result presented here is an exceptionally pretty car, very rare (only some 50 examples of the 175 in all styles were built) and with that indisputably artistic and original character for which the French stylists were famous. The two-tone paintwork is colourful, dynamic and expressive of speed, and inside the blue theme is continued on the steering wheel, instrument panel, seats, carpets and door panels.

With ‘Le Dandy’, Chaperon created a car that can have several different characters: when there is rain or cold or one does not wish to be seen, it can be fully closed; it can be a ‘coupe de ville’ with an open front section and closed rear for a chauffeur and discreet passenger, or it can be fully open cabriolet. It was, they said, a car so rich in options that it could be enjoyed by a businessman alone or with his mistress of wife and with ample comfort and performance.

The engineering underneath the curves was impressive. Delahaye, founded in 1894, had during the 1930s become famous for its superb 3.5 litre 135 models, sporting cars powered by a lorry six-cylinder engine that also proved to be one of the finest pre-war car engines. After the war came this 175, a larger 4.5 litre six with seven main bearings (instead of four), an alloy block with much improved breathing thanks to its six inlet and six exhaust head ports. Compared with the standard 175, the S model was fitted with the three rather than a single downdraught Solex carburettor and had a raised compression ratio. The semi-monocoque chassis that, with its deep X-shaped cruciform allowed the driveshaft to travel through a hole at the intersection, thus allowing coach builders to create low profile bodywork because the seat rails were so low. The chassis was also reassuringly rigid for coach builders, and the passenger compartment large and rectangular, allowing all kinds of bodywork to be created. Front suspension was the rather unreliable Dubonnet independent system and at the rear was a de Dion axle and leaf springs, but the 175 proved itself tough enough when Jean Trevoux 175 S saloon won the 1951 Monte Carlo Rally. 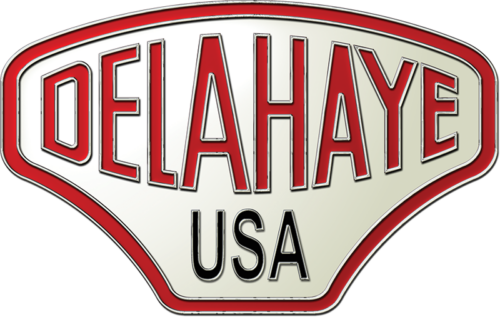