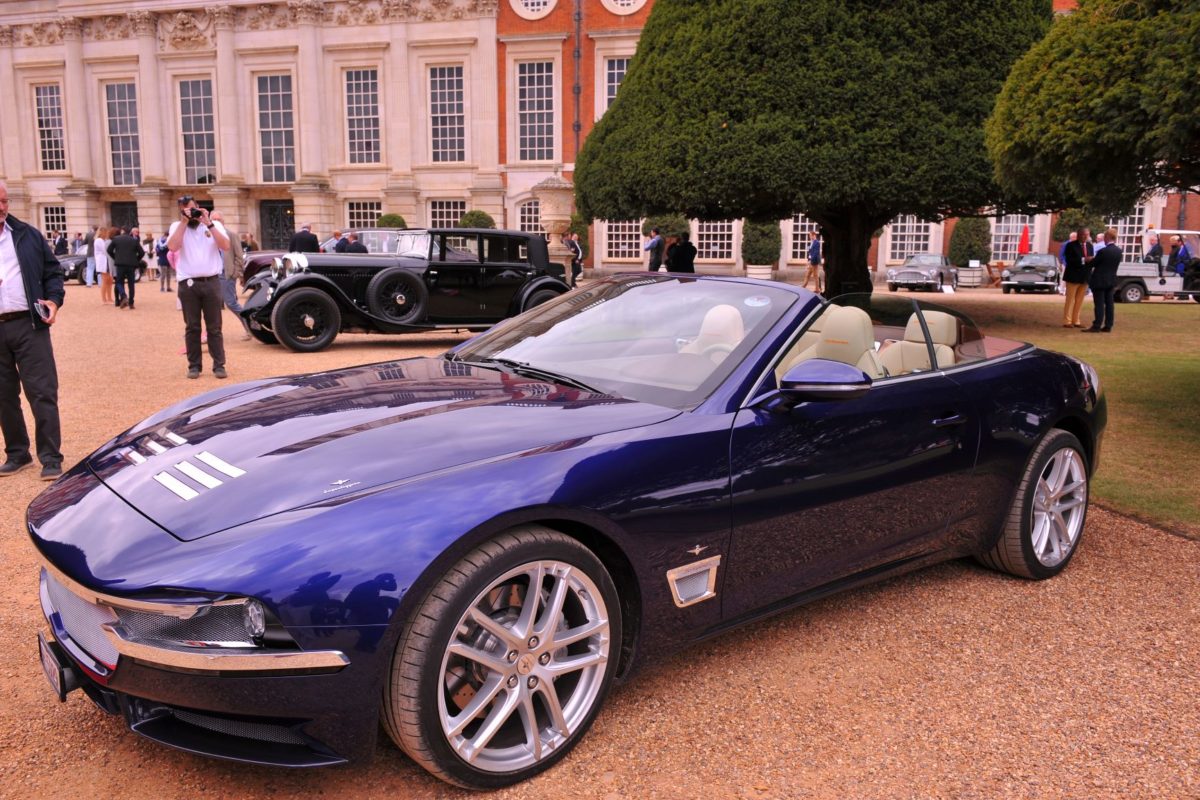 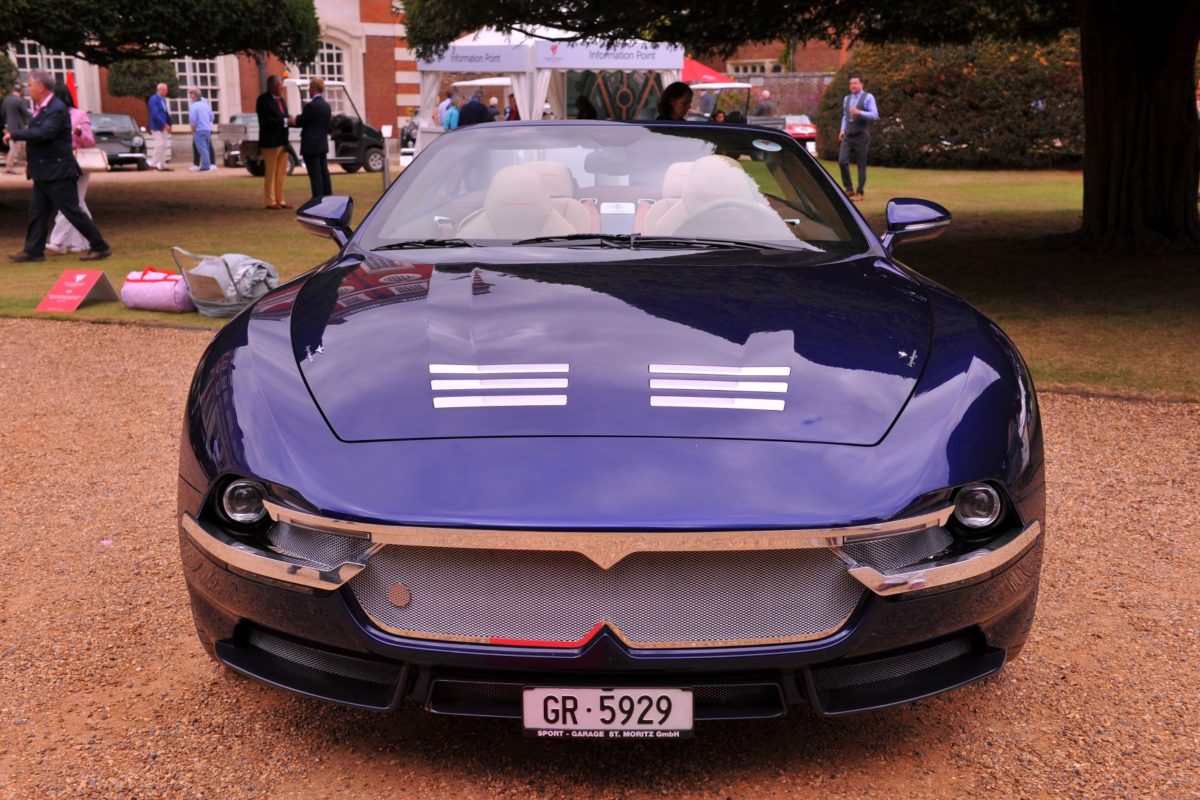 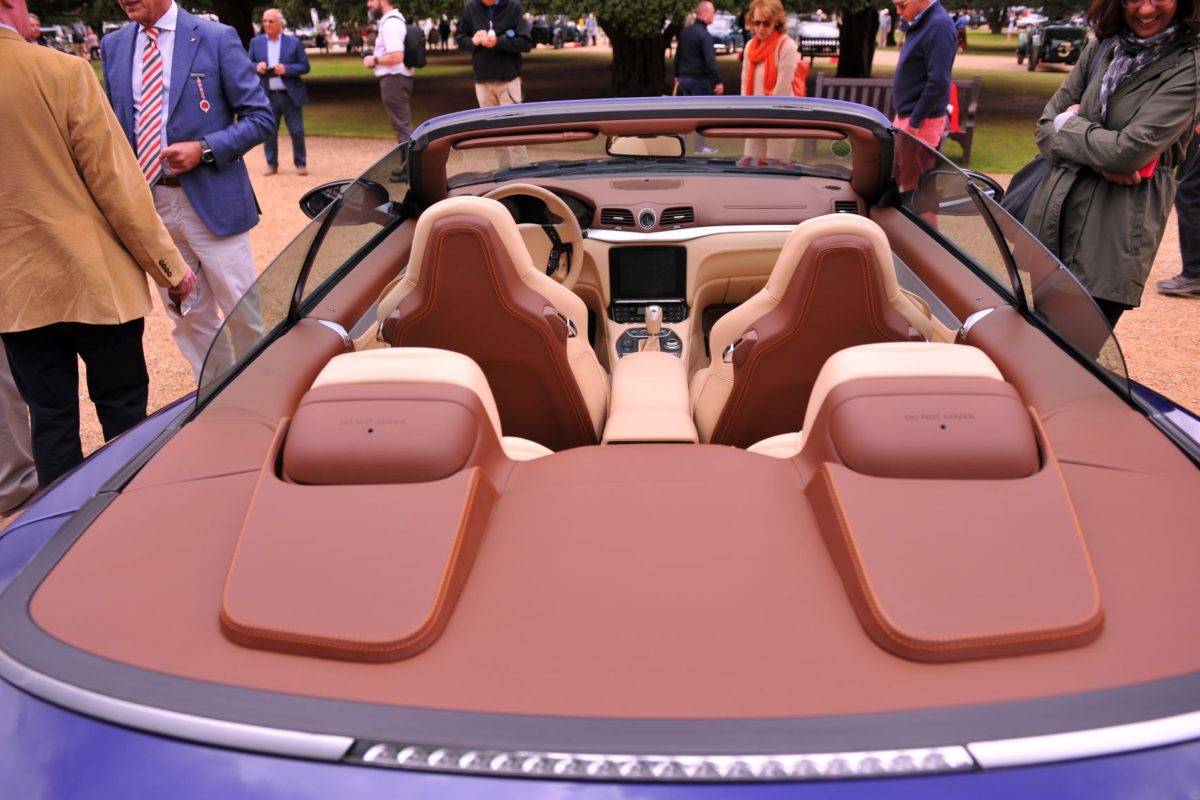 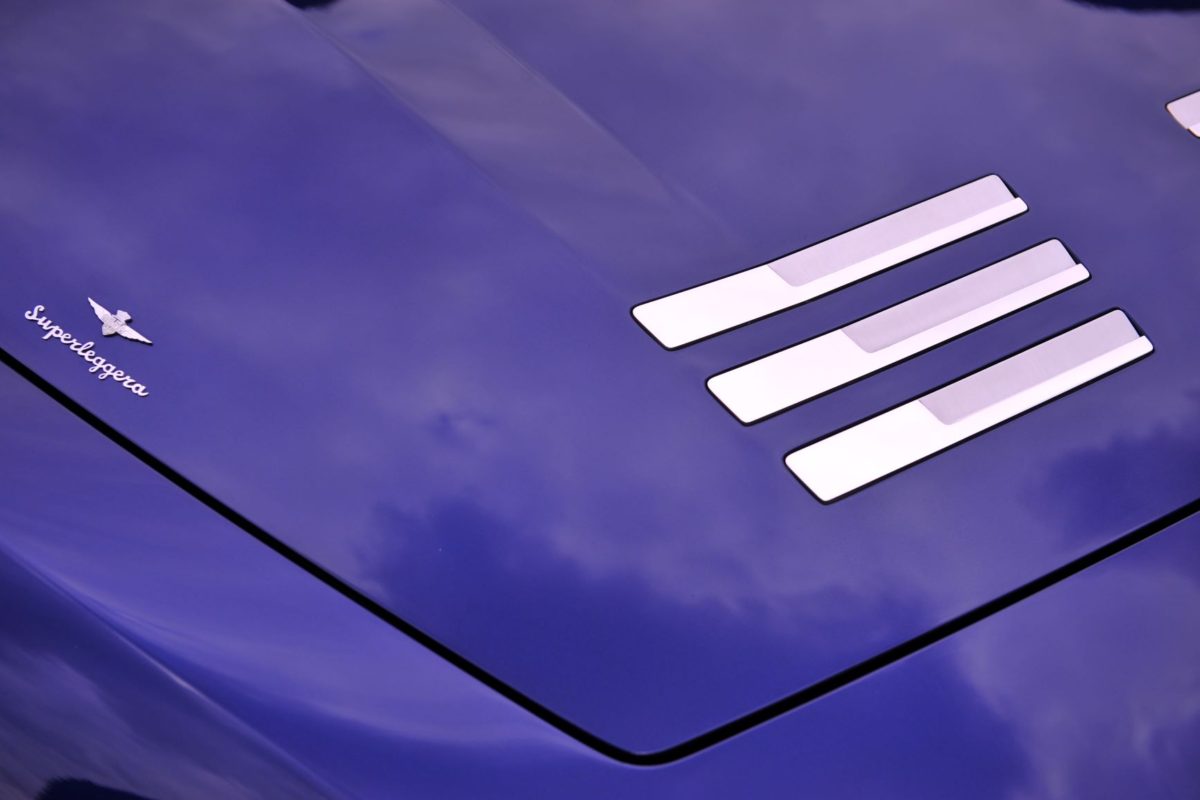 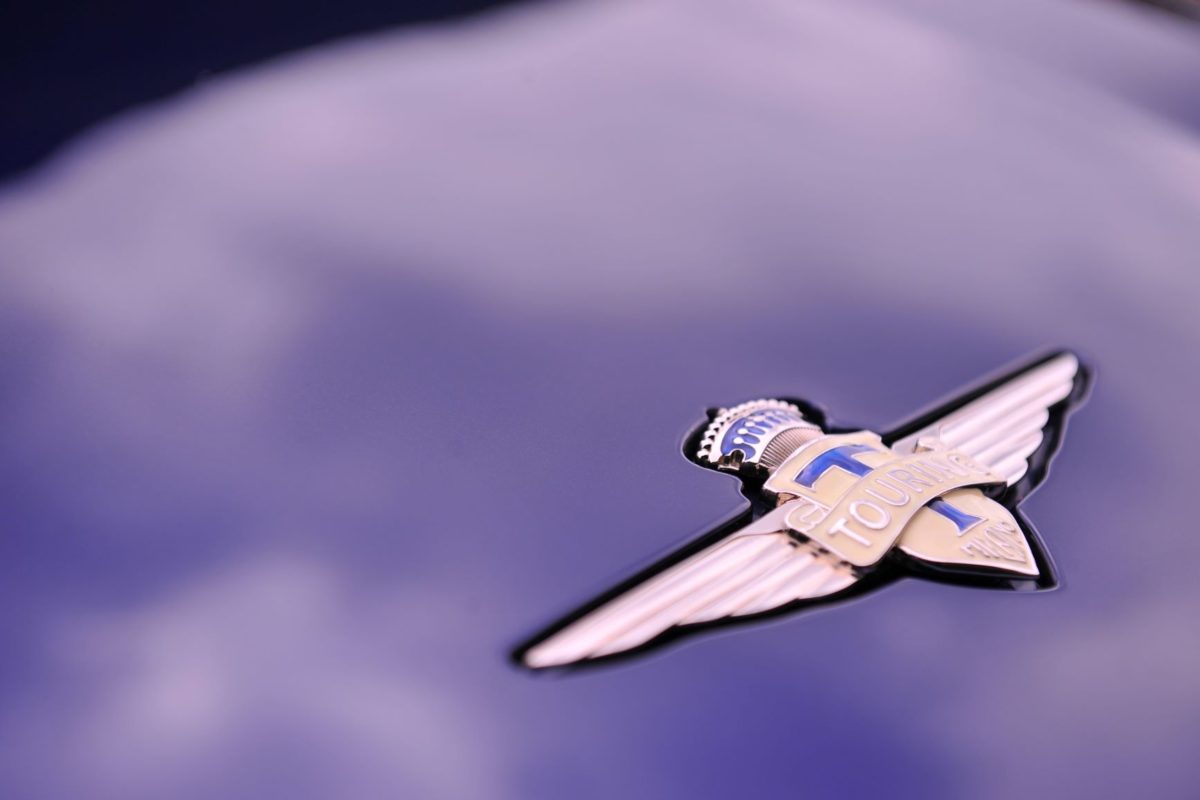 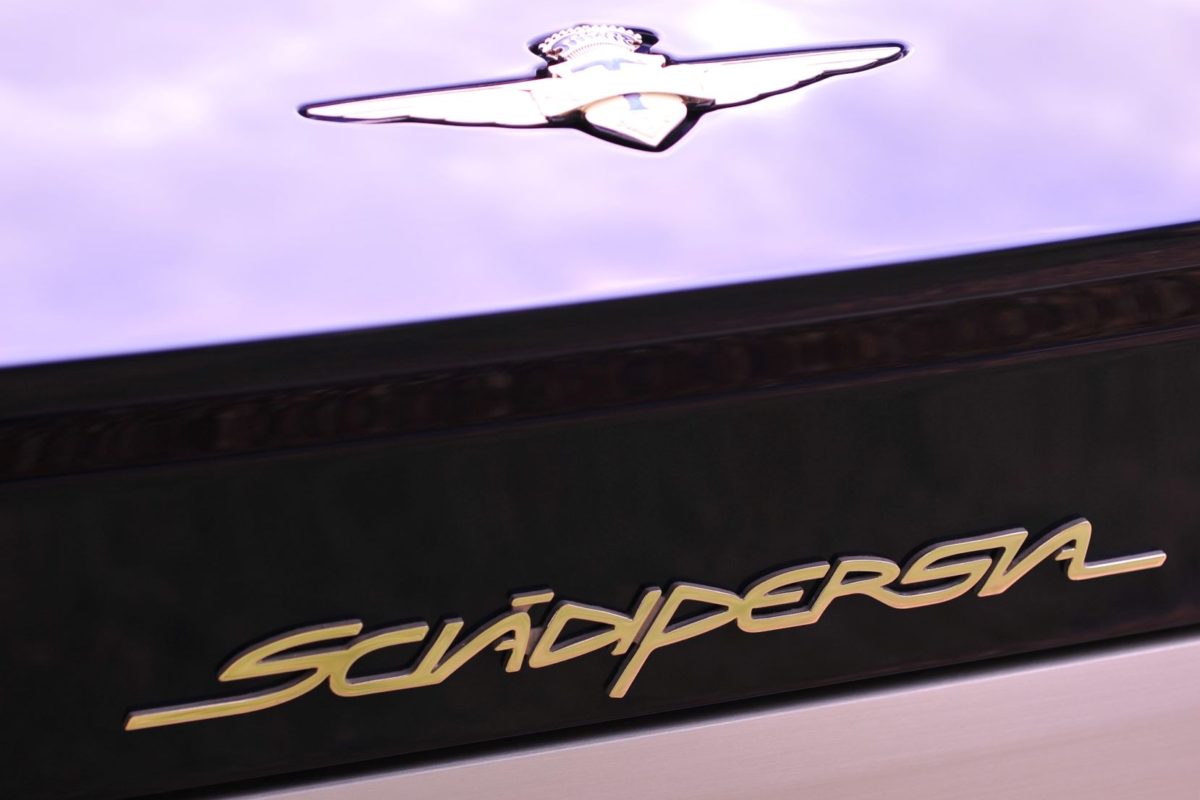 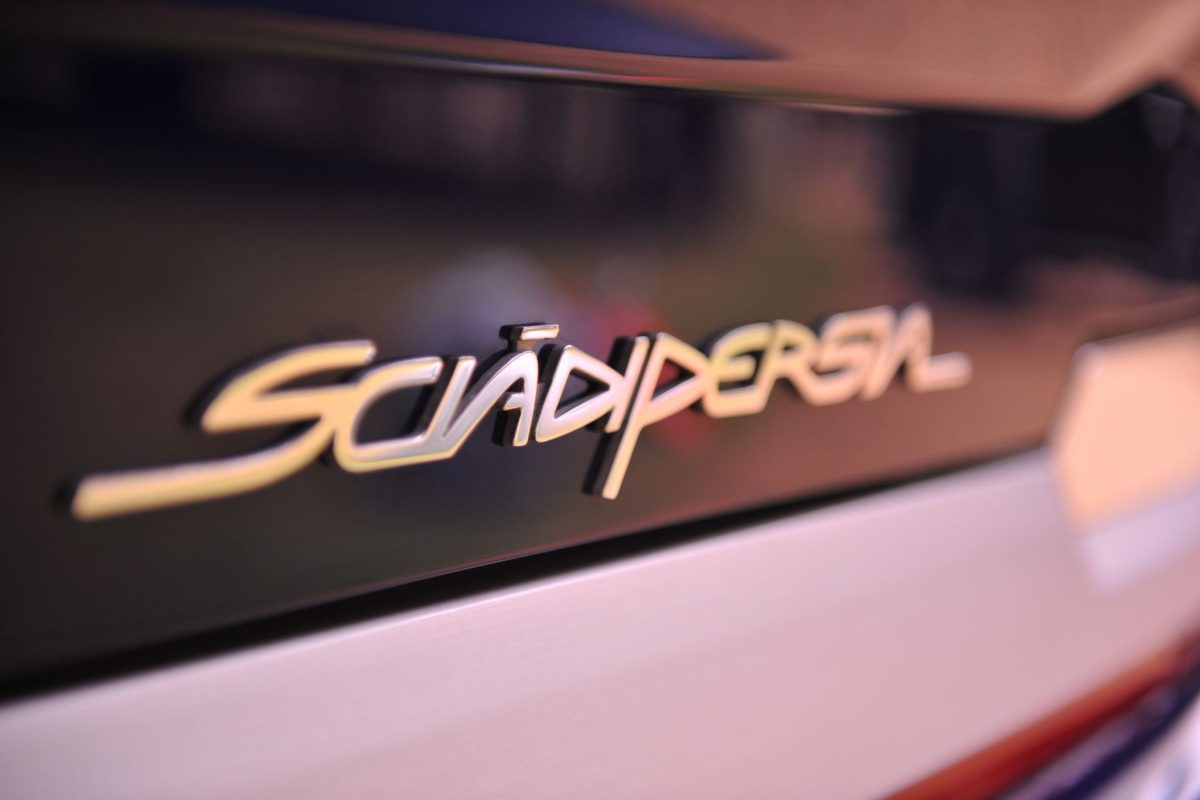 These days if you mention the Milanese coachbuilder Carrozzeria Touring Superleggera, it’s likely that the last name will derive a much greater recall than the first two – and the glorious Aston Martin DBS Superleggera will no doubt spring instantly to mind.  Go back a decade or so and you’ll find the word adorning the Lamborghini Gallardo Superleggera. In neither case were Touring involved beyond licensing their trademark descriptor.

Superleggera – meaning “super light” in Italian – was a lightweight vehicle construction technique patented by Touring in 1936 involving creating a body-shaped framework of small diameter steel tubes covered with alloy panels; attached only at the edges.  Not only very lightweight and perfect for racing, this build method enabled more adventurous body shapes to be created very quickly.

Touring’s innovative approach was used to great effect throughout the 1950s and ‘60s on significant models such as Aston Martin DB4 and DB5, Lancia Flaminia GT, Lamborghini 350GT and Maserati 3500GT.  By the mid ‘60s, however, most car production had moved from body-on-chassis to a monocoque construction which negated the Superleggera benefit and in 1966 Carrozzeria Touring closed down.

Four decades later, the company name and trademarks were bought from the founding Bianchi Anderloni family and Carrozzeria Touring Superleggera was reborn to reintroduce the concept of “Fuoriserie” or “out of series” bespoke models of production cars; a practice more prevalent in the ‘50s and ‘60s.  Since then, the firm has produced a number of high-end, low volume reimagined cars mostly based on vehicles from Alfa Romeo, such as the Disco Volante, and Maserati.

The latest of these is the Sciàdipersia Cabriolet, a beautifully rebodied Maserati GranCabrio, which celebrated its UK debut in the “Future Classics” class of the Concours of Elegance at Hampton Court.  It is created and named in homage to the Maserati 5000 GT “Shah of Persia” which was commissioned by the Shah (King) of Iran in 1959 as a modified 3500 GT with a larger 5 litre engine and a body by Touring.

A look all its own

Whilst the aging, but competent, naturally-aspirated 4.7L V8 engine, ZF transmission and electrical systems are unchanged from the donor Maserati – Touring have completely reworked both the interior and exterior.  Inside, there is a distinct horizontal divide with a continuous line encircling the passengers at around shoulder level. Above this, surfaces are cloaked in a chocolate coloured leather, while beneath upholstery is cream with an orange stitched diamond quilted pattern

On the outside, the bodywork panels are a blend of carbon-fibre and hand-beaten aluminium.  Although the bonnet-line and the car’s overall proportions echo the GranCabrio, the sharpened nose, sleeker flanks and rear quarter and Kamm tail give the Sciàdipersia a look all of its own.  Styling details such as the front grille surround, bonnet louvres, side vents and rear trim are picked out in a combination of polished and satin finishes – further accentuating the bespoke, hand-built nature of the car.

Only 15 Sciàdipersia will be built, with this number split between the Cabriolet and Coupé which was launched last year.  Prices for these hand-built masterpieces are dependent on individual specifications but are upwards of €500k for the fixed-roof and €650k for the drop-top.  Build times again vary by specification but Touring will deliver within 6 months of receiving the donor car. They also provide a two-year unlimited mileage warranty and a lifetime availability guarantee on custom parts.

Although deep-pocketed petrol heads can commission bespoke specials direct from manufacturers – think Lamborghini Ad Personam, Ferrari Tailor-made and Q by Aston Martin – they will not go far beyond a limited scope of individual specification options.  Independent coach-builders, like Carrozzeria Touring Superleggera, can go beyond a brand’s design language and are therefore better placed to give customers something truly different.