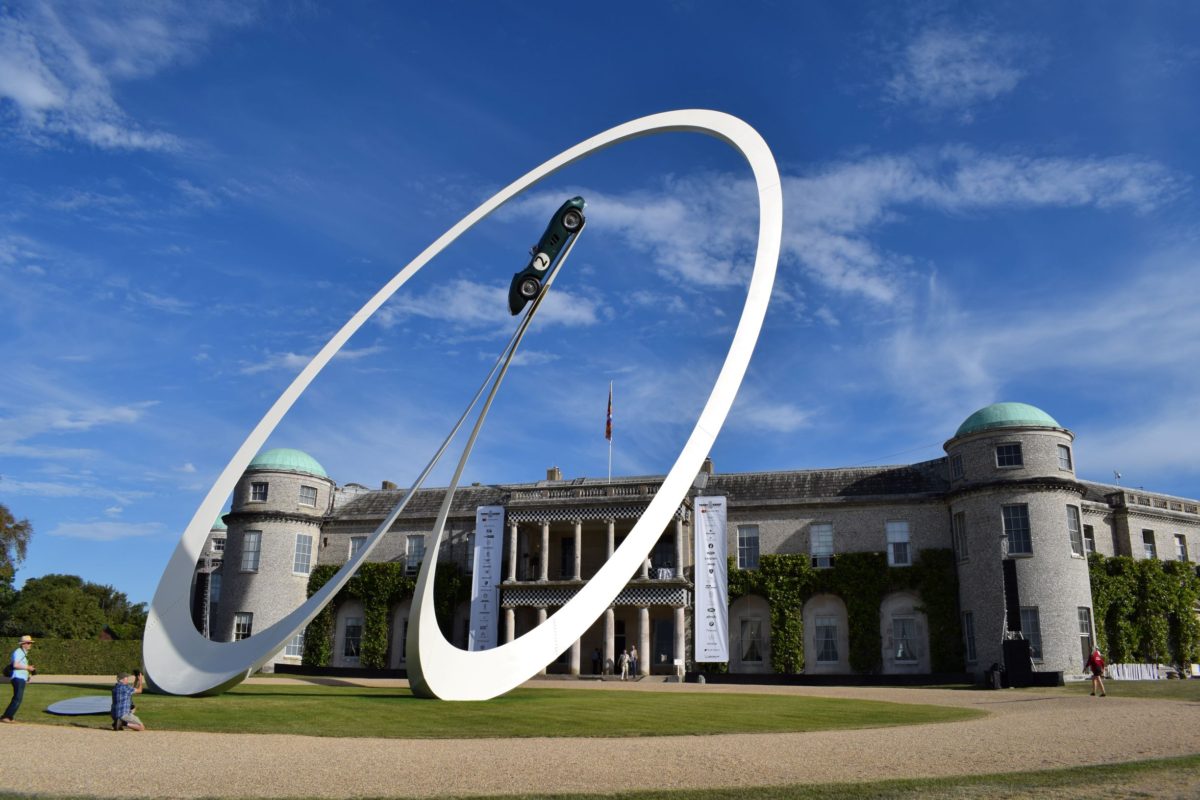 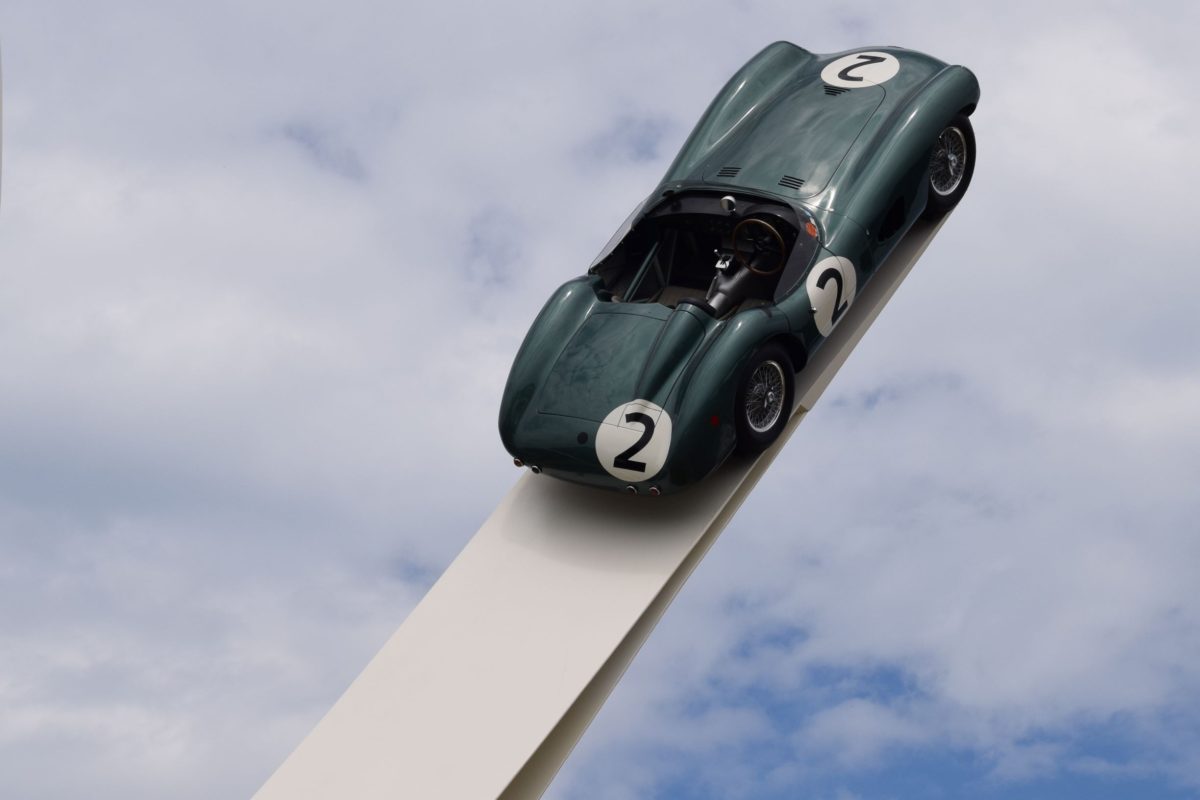 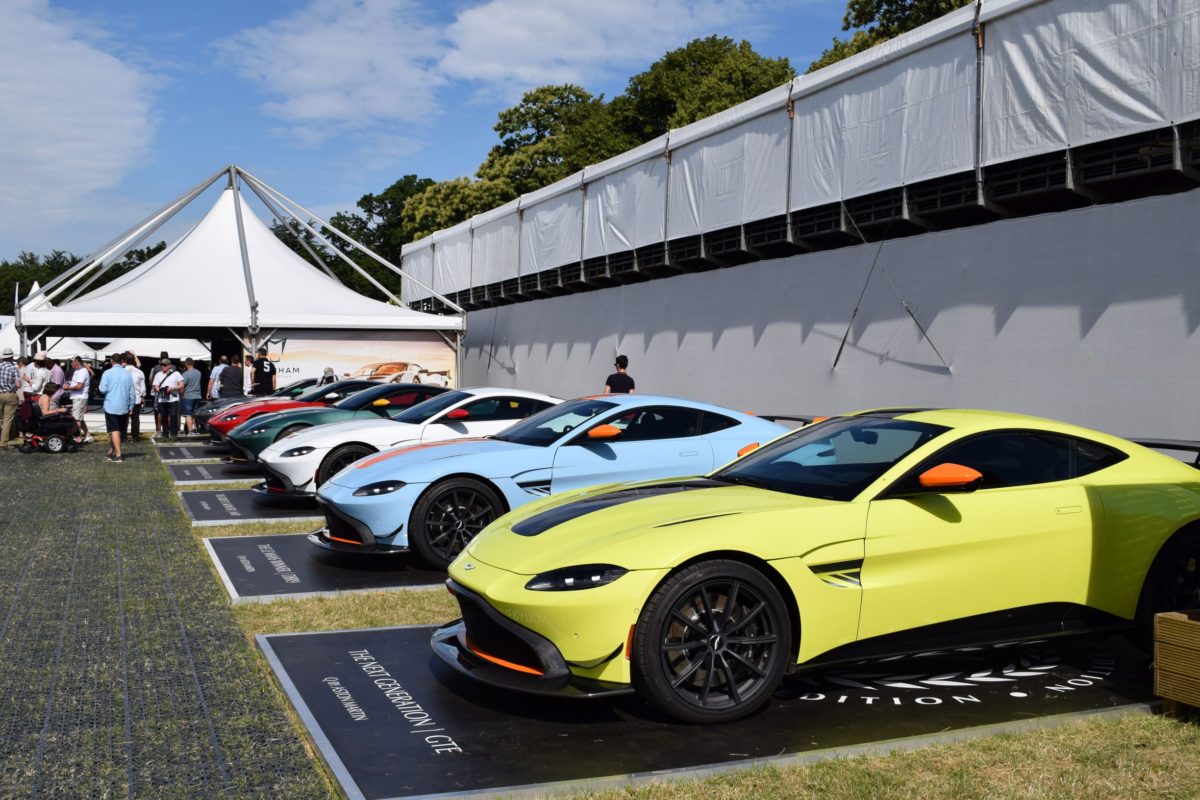 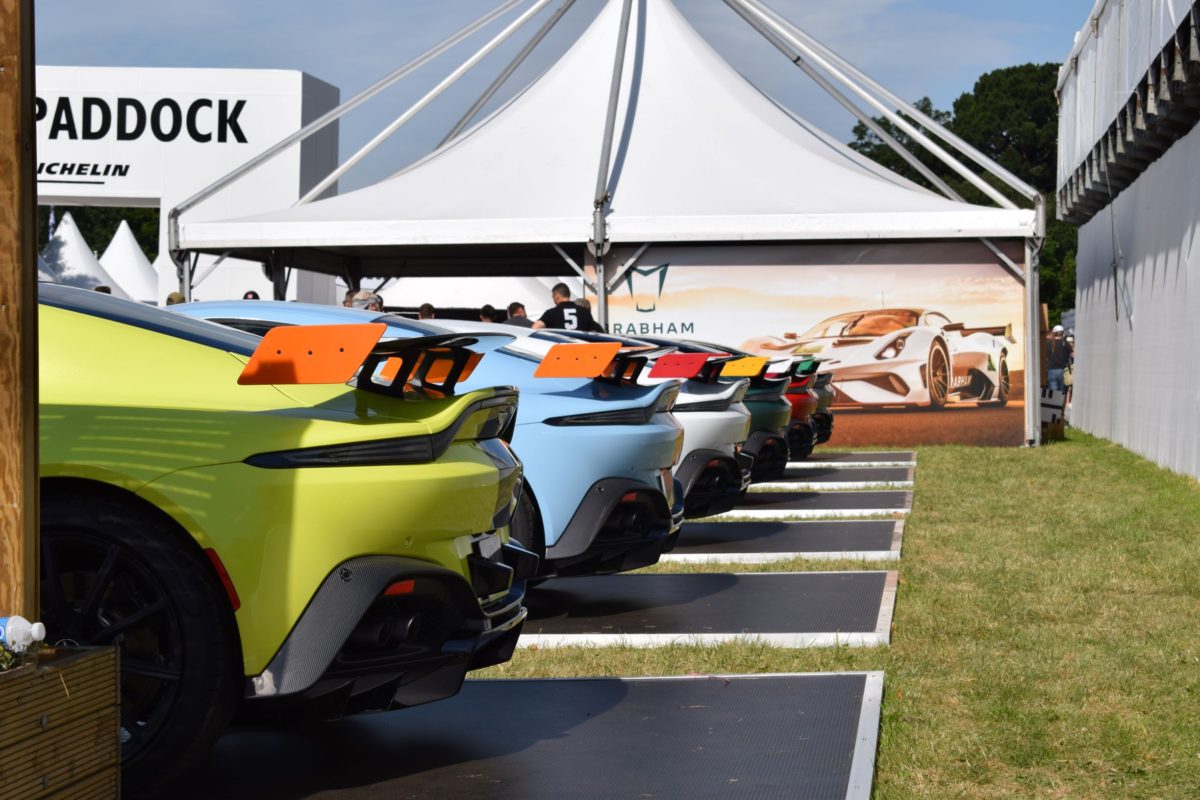 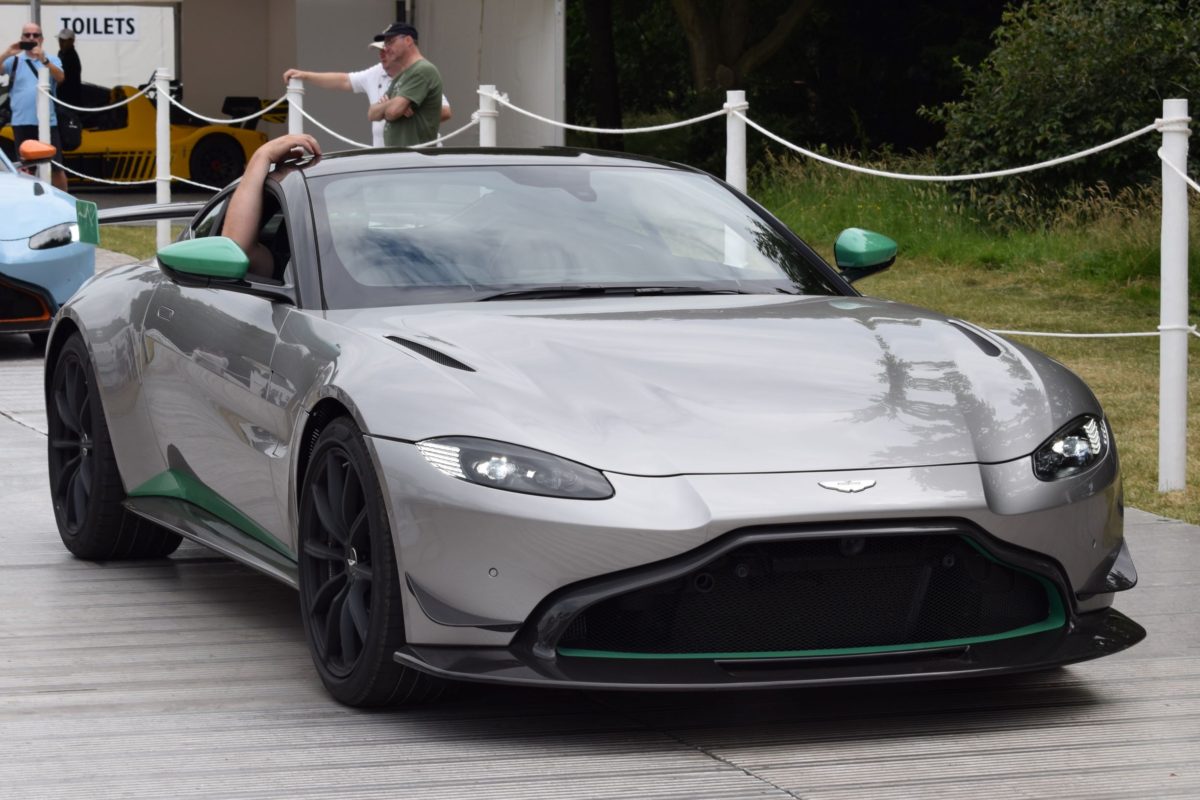 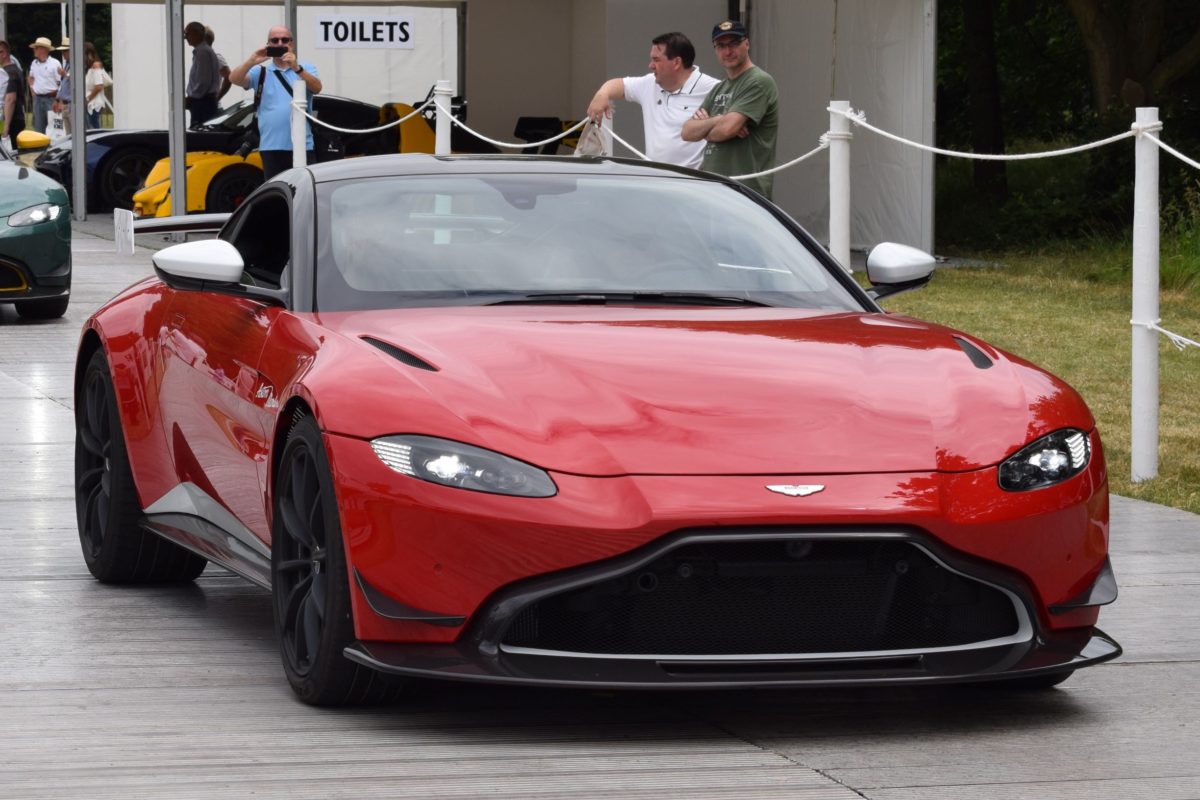 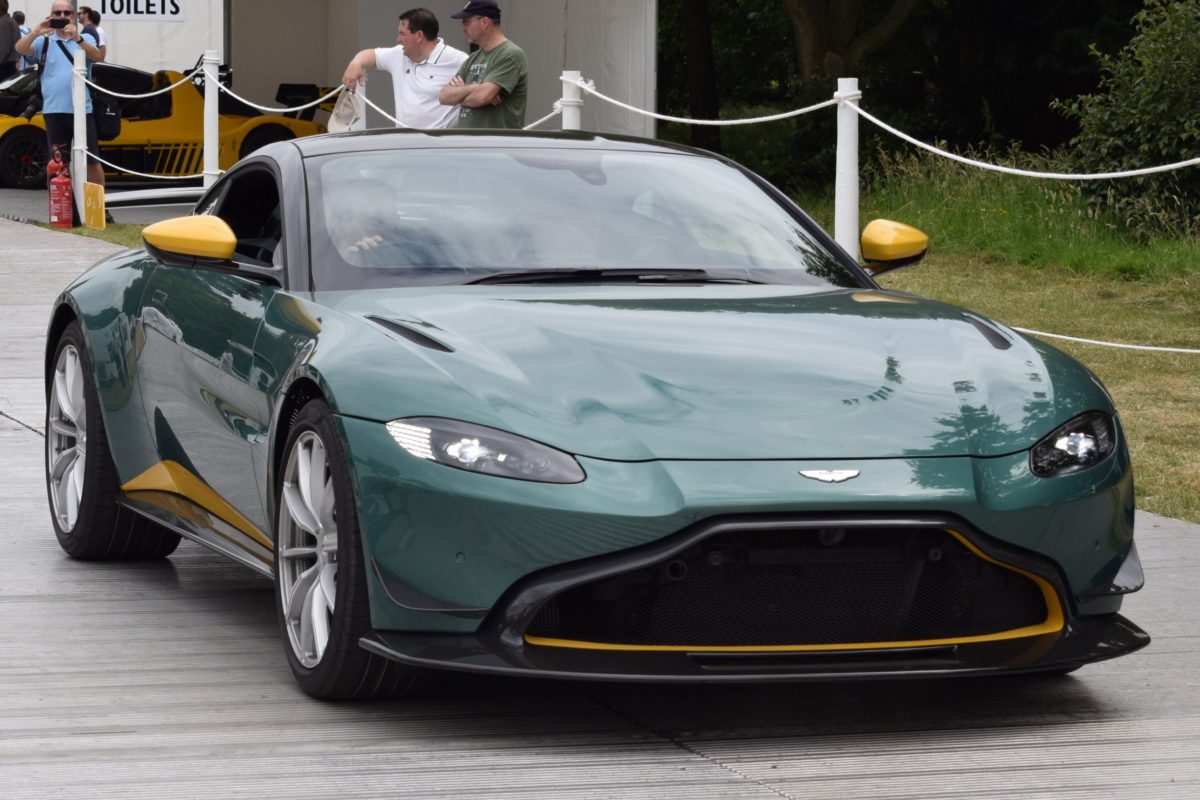 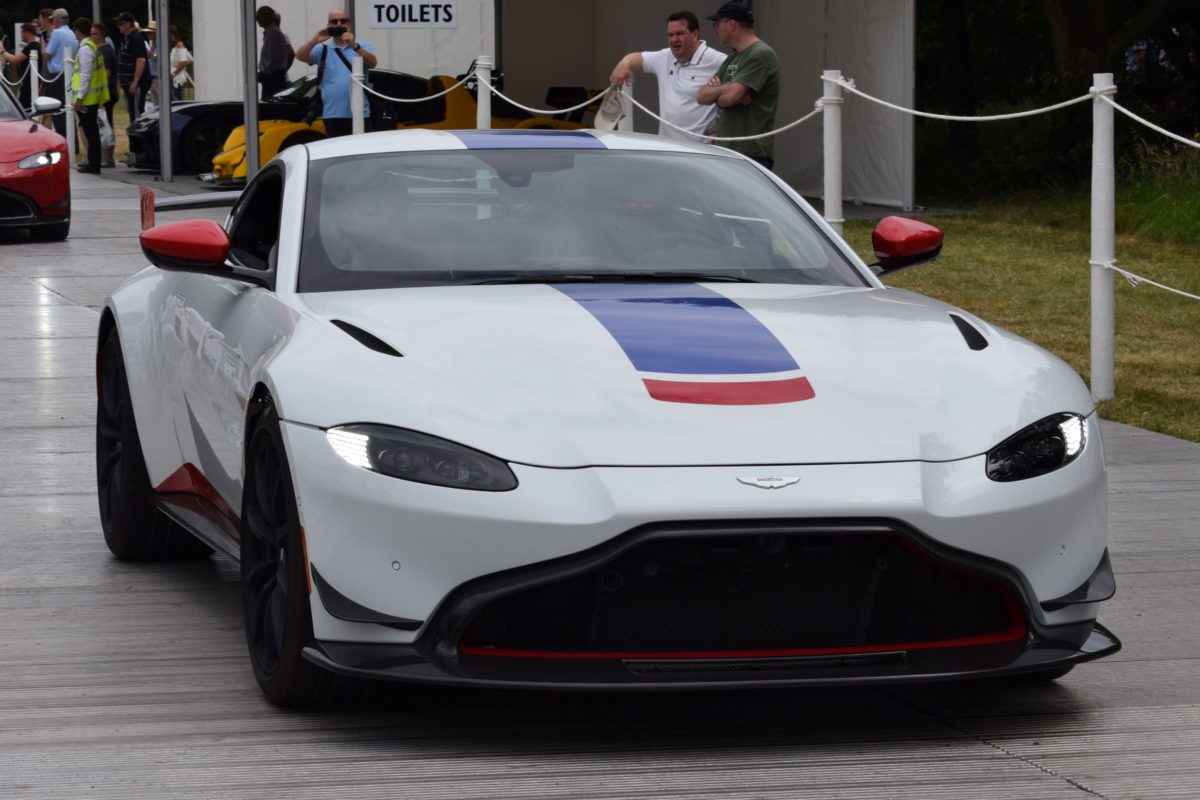 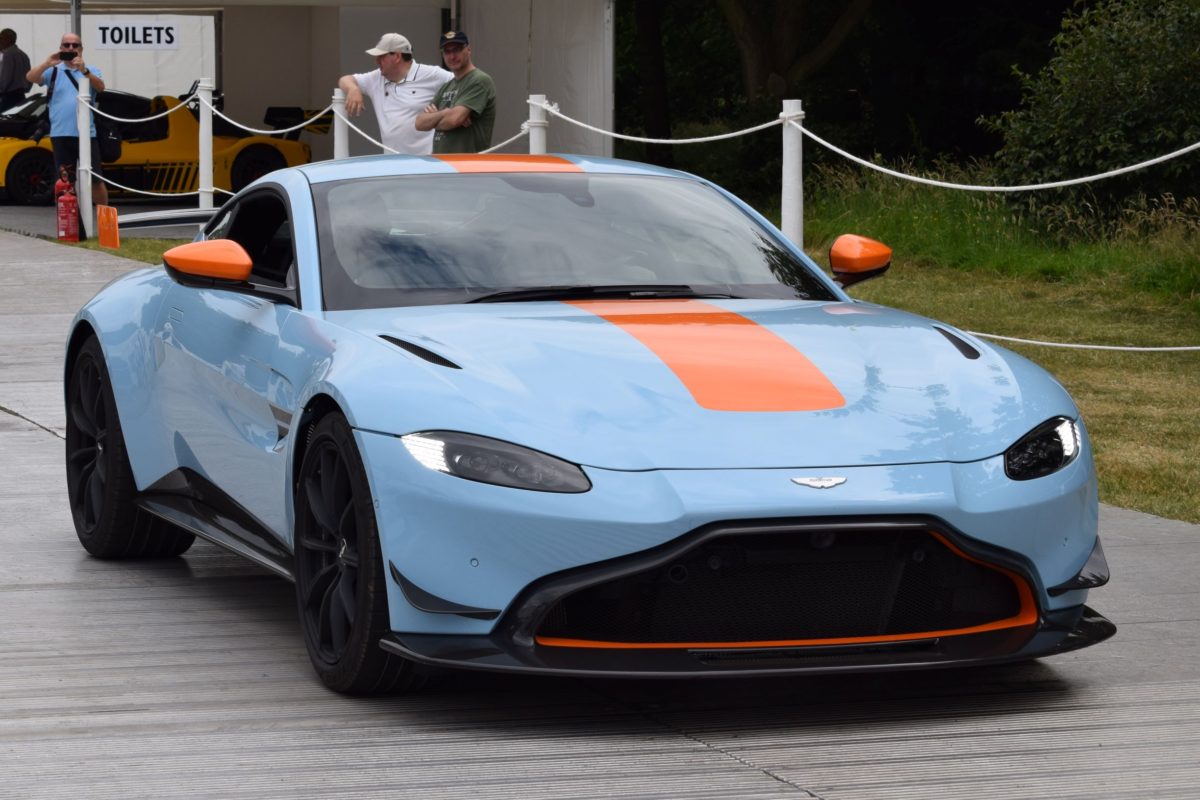 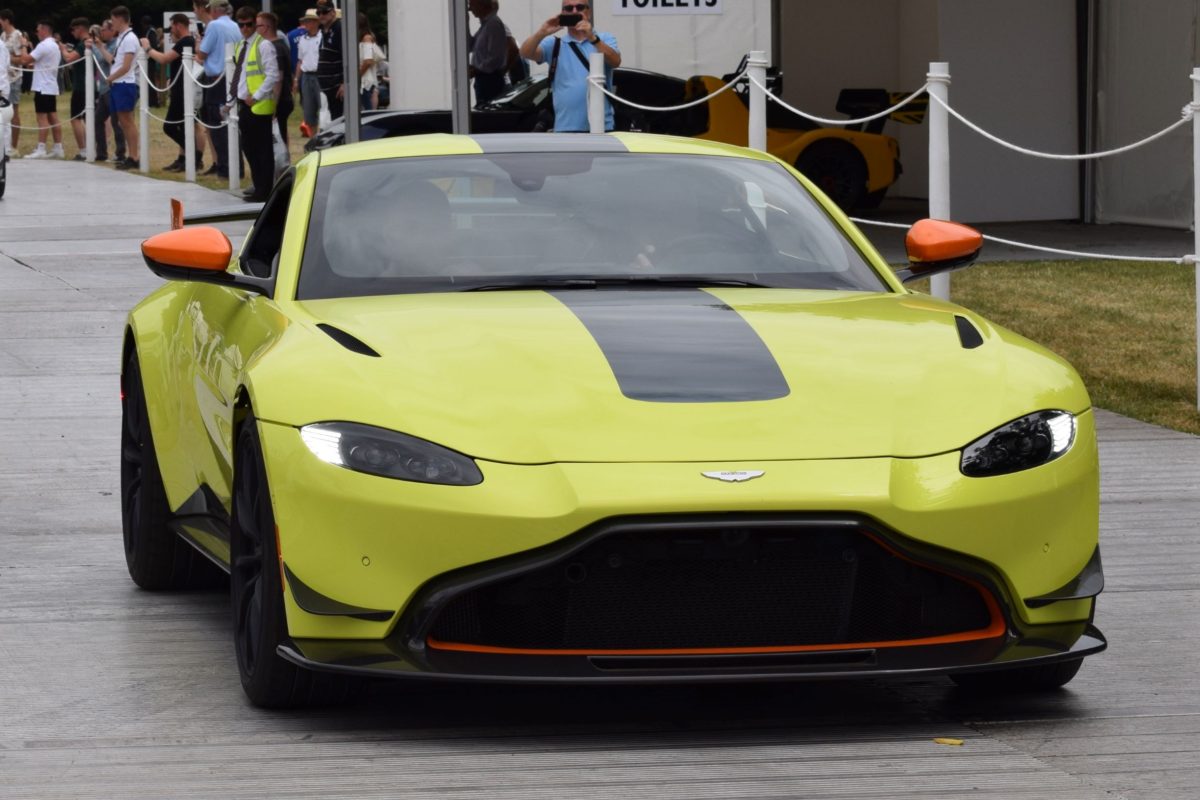 Sixty years after Aston Martin won their only World Sports Car Championship and their sole outright win at Le Mans, the 2019 Goodwood Festival of Speed chose to honour them as their featured marque. The Gerry Judah sculpture erected in front of Goodwood House featured a 30-metre-high swoop of white painted steel converging to a point on which sat the famed Aston Martin DBR1 which won them laurels six decades previously.

Aston Martin also chose this event to debut their ‘Vantage Heritage Racing Edition’. From the drawing office of ‘Q by Aston Martin’ – the brand’s bespoke personalisation service – they showcased six unique liveries, each honouring a famous race car from their long history in motorsport.

The Vantage, Aston Martin’s current race chassis, was the obvious starting point for the project and they’ve given it lightweight wheels and trim as well as a carbon fibre rear wing, dive planes and extended front splitter to increase downforce by 194 kg at 190 mph. 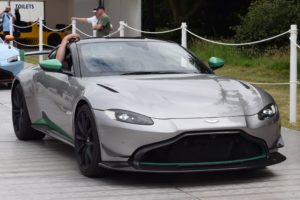 ‘The Record Breaker’, Razor Blade is the oldest race car to inspire the series which, in 1923, set two class records at Brooklands. The silver colour scheme evokes the unpainted aluminium body made for the original car by De Havilland and the green highlights match the brightly painted chassis. 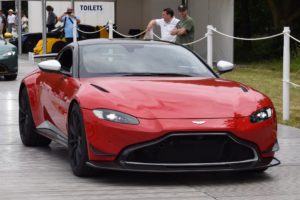 Next up ‘The Italian Progettista’ (‘designer’ in Italian) pays homage to the Ulster. Designed by Italian-born Augustus Cesare Bertelli, an Ulster finished a class-winning third overall at the 24 Hours of Le Mans in 1935 and came fourth in the RAC Tourist Trophy Race. The red matches the team colours and is finished off on the side gills by ‘Aston Martin’ written in a distinctive hand painted script as used in period. 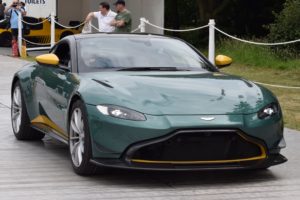 The DB3S inspires the livery remembering ’The David Brown Era’ when Aston Martin used different colours on each car to make identification easier. The racing green DB3S with yellow “lipstick” and wheel arches driven by both Stirling Moss and Roy Salvadori was a perfect muse for this project. 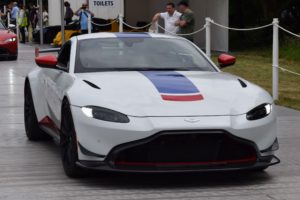 In the late 1980s, Aston teamed up with Ecurie Ecosse to develop the AMR1, ‘The Group C Monster’. Whilst not a competitive success, the AMR1 bristled with radical innovations such as a kevlar/carbon-fibre monocoque. Although seemingly patriotic, the white, blue and red colour scheme actually represents the Mobil 1 brand that sponsored the team. 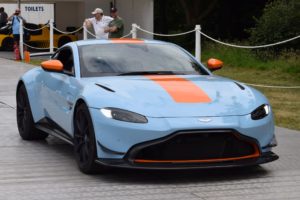 ‘The Le Mans Winner’ DBR9 was Aston Martin’s challenger in endurance racing’s GT class, gaining back-to-back class wins in the 24 Hours of Le Mans in 2007 and 2008. Its pale blue and orange ‘Gulf’ livery is one of motorsport’s best-loved designs having adorned many different marques of race car. 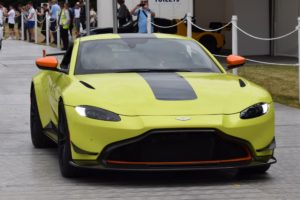 Finally, the collection is completed by ‘The Next Generation’ which honours the modern racing Vantage GTE. The striking Lime Essence and Stirling Green colours of the current works team really stand out on the World Endurance Championship grid.

Over half have now sold

“I cannot take credit for them, the project was already underway when I arrived three months ago, but I think it’s fabulous and love the story around each livery.  Credit to the Q teams in sales, design, delivery, engineering, manufacturing and marketing for getting them ready for launch.”

Aston Martin are making only 60 ‘Vantage Heritage Racing Editions’ with customers able to choose which of the six colour schemes should adorn their car.  Prices vary by livery due to royalties being payable on some designs but range between £174k and £189k.

At the time of writing, Simon says that just over half of the limited series have been sold with the most expensive ‘Gulf’ DBR9 homage being the popular choice.

Which is your favourite? Tell us in the comments below.