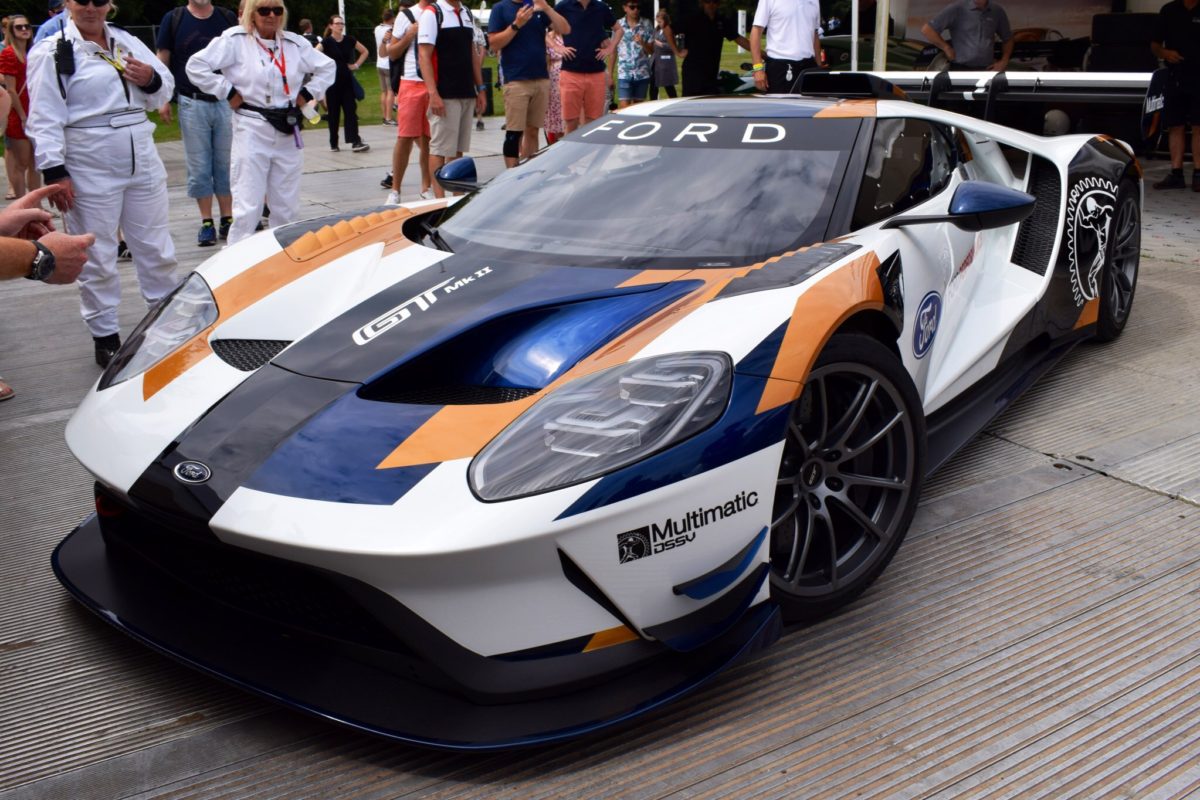 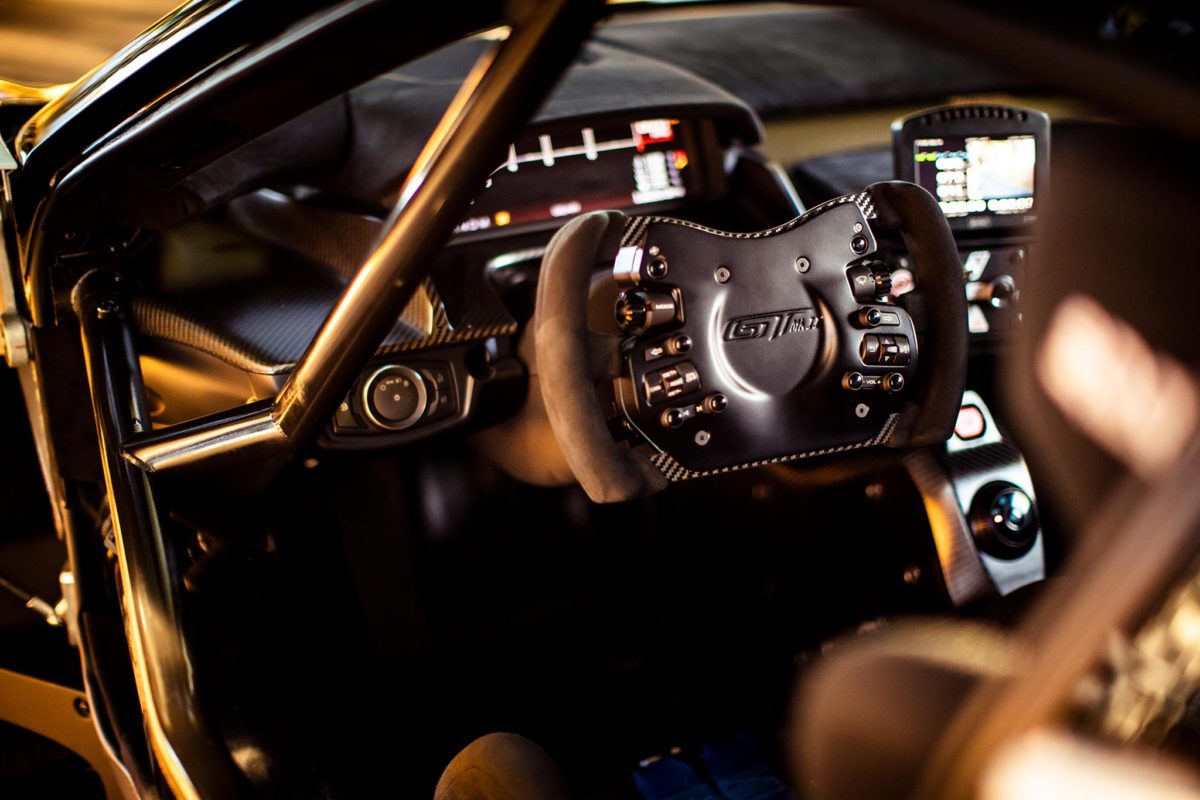 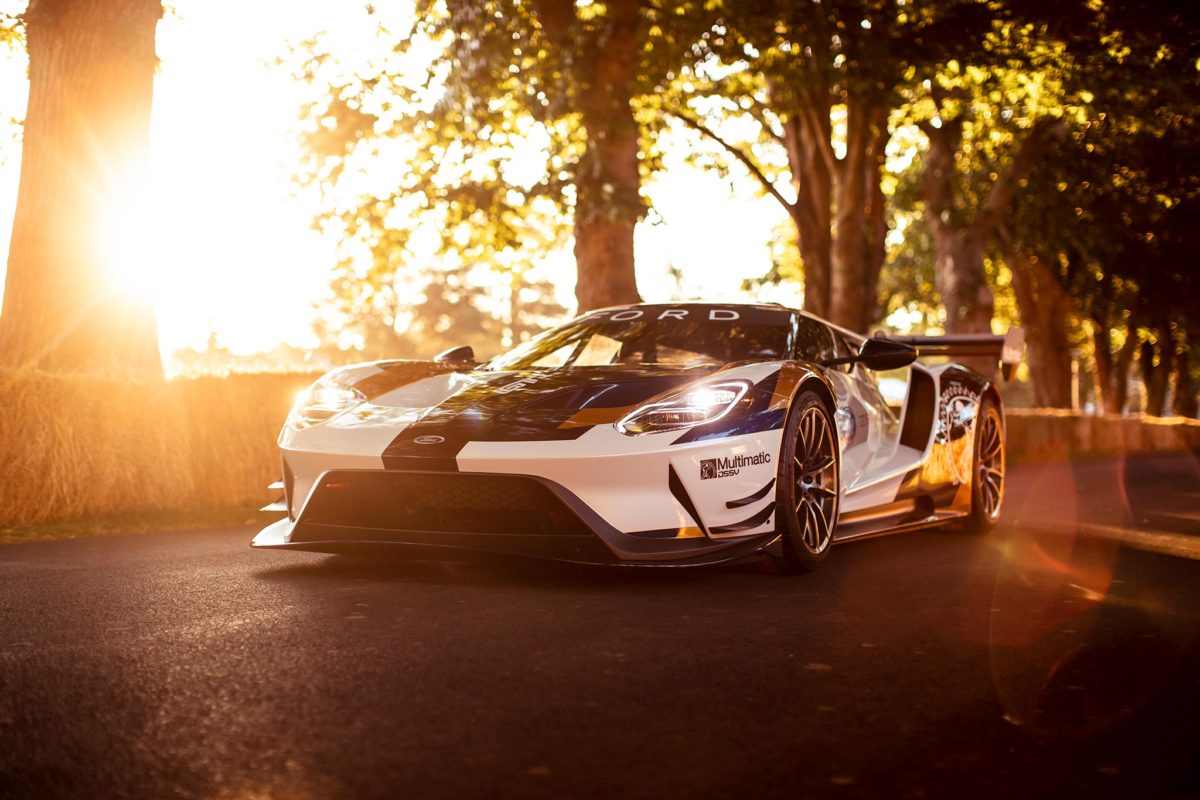 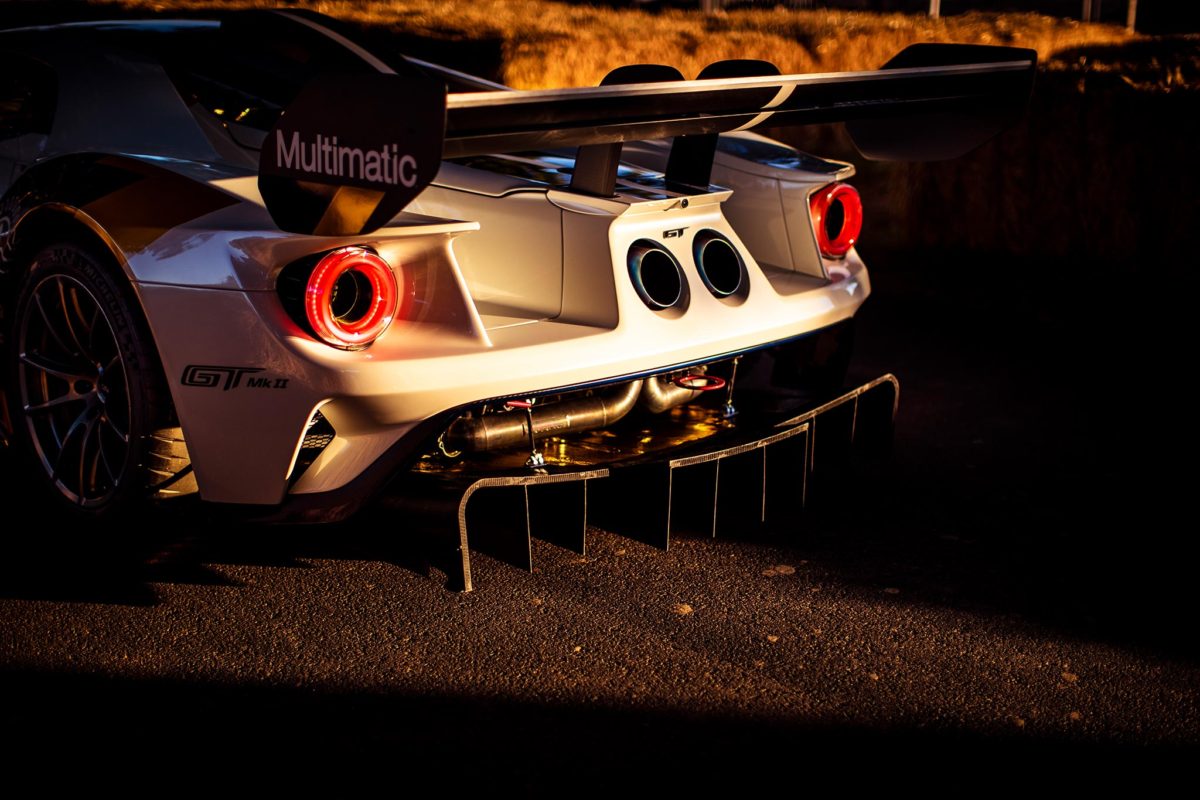 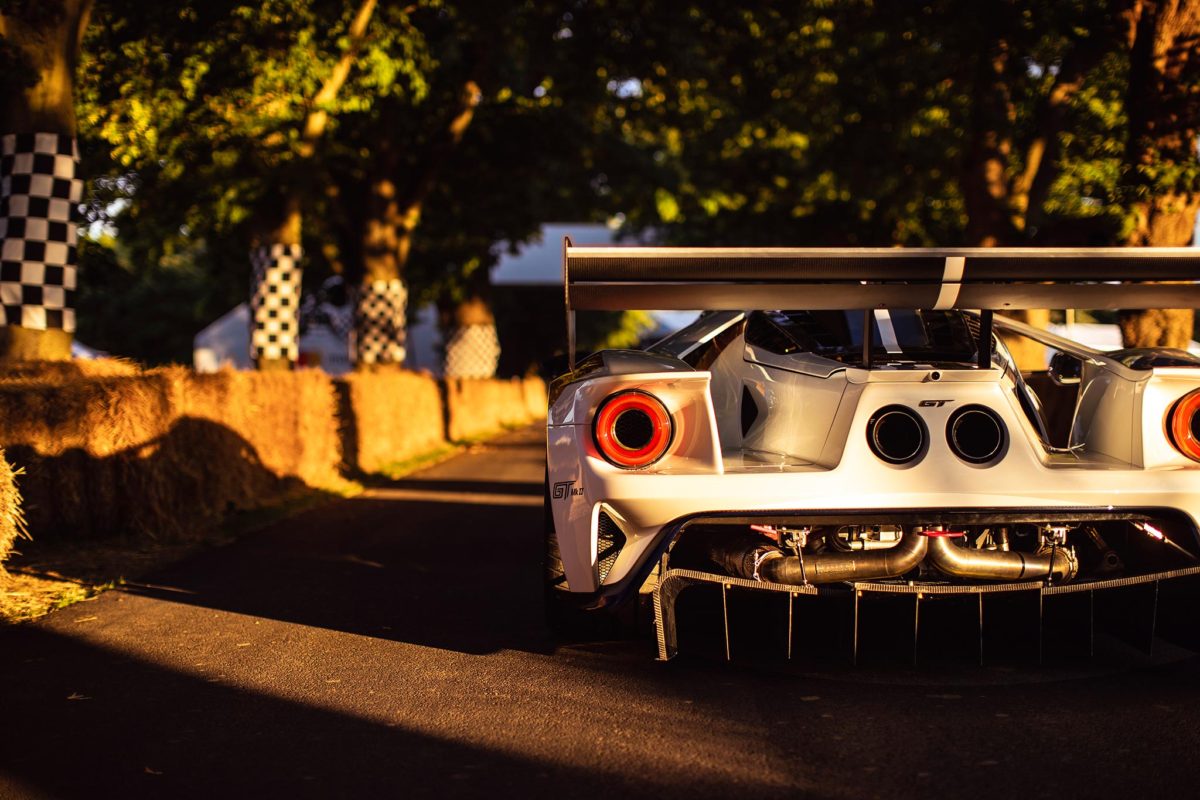 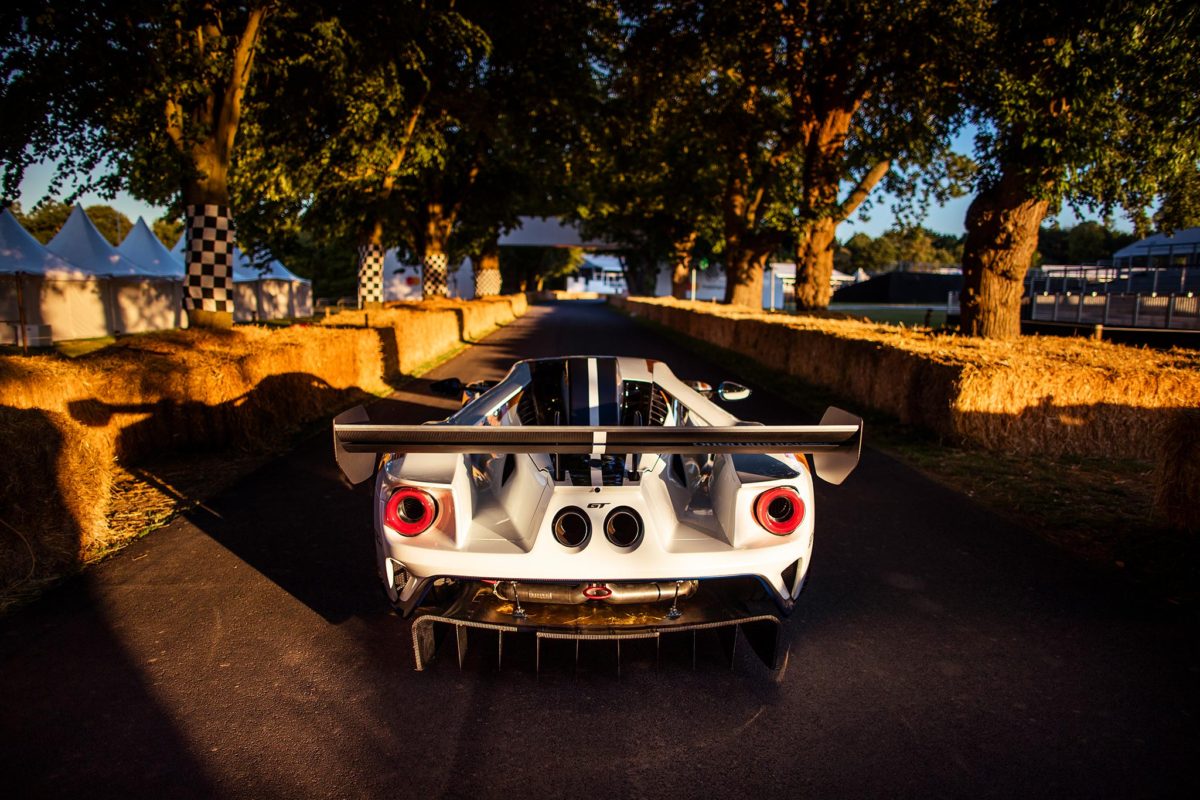 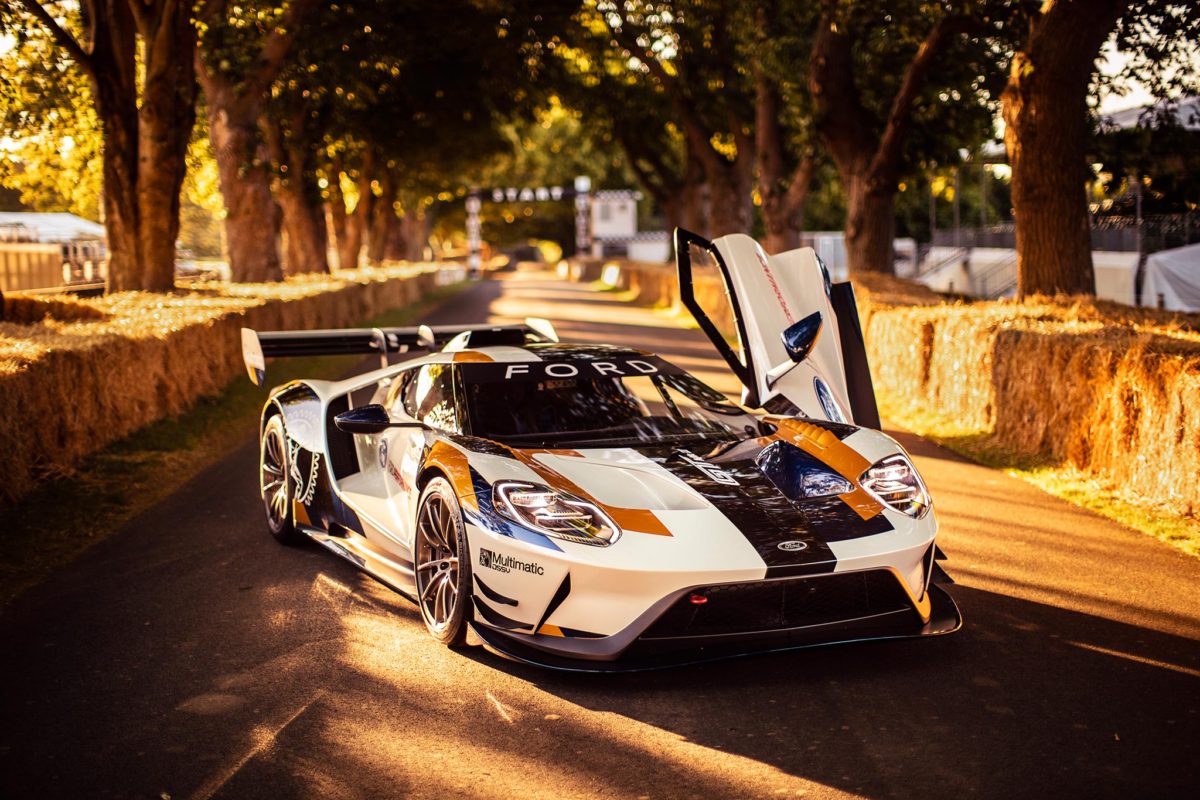 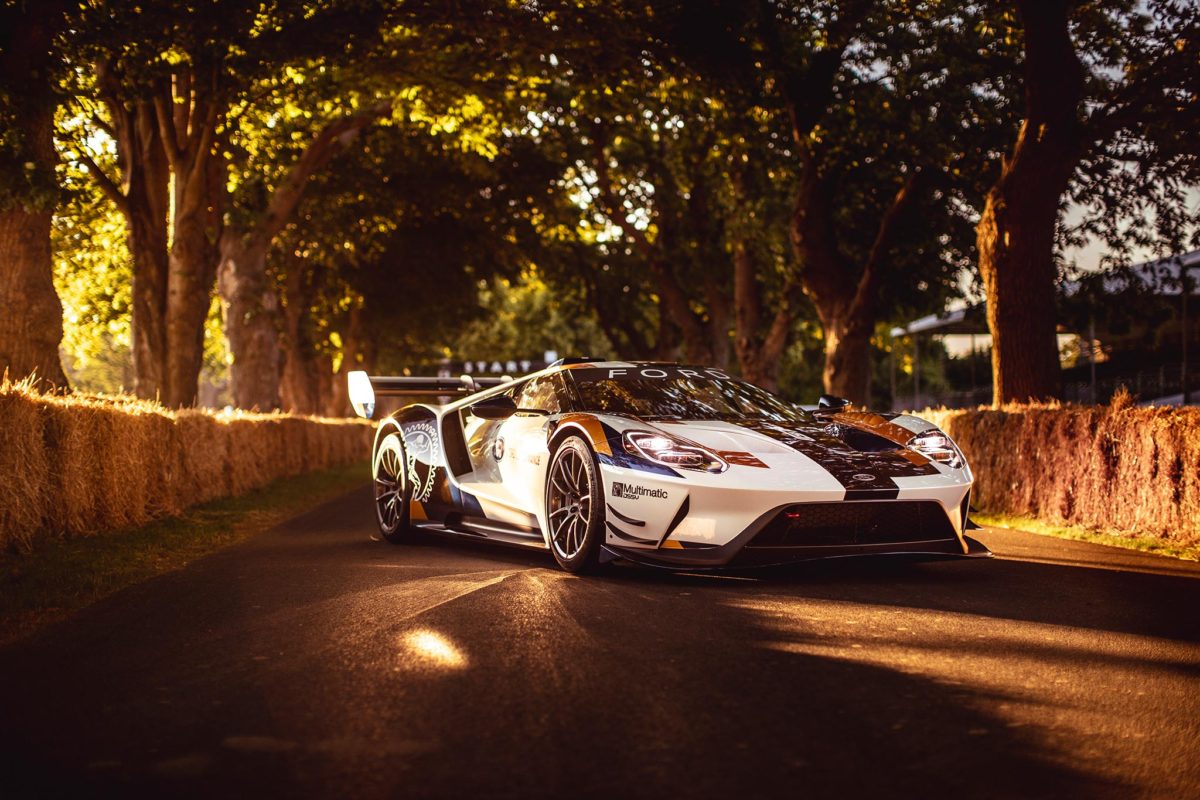 The Ford Motor Company famously swept the board at the 24 Hours of Le Mans in 1966 taking 1st, 2nd and 3rd places with the GT40 Mk II; thus ending Ferrari’s sports car racing dominance from the late 1950s. An achievement that gets the Hollywood treatment later this year in “Le Mans ‘66” or “Ford vs Ferrari” depending on which side of the Atlantic you see the movie.

Fifty years later in 2016, Ford returned to Le Mans with their newly developed GT race cars to recreate the victory, albeit in the GTE Pro class.  Sadly an all-Ford podium was denied by the Ferrari 488 GTE of Giancarlo Fisichella and friends but they placed 1st, 3rd and 4th in class.

Just days after retiring the GT from competitive WEC racing, Ford have launched the GT Mk II – a non-homologated, track-only version of the GT taking elements of both the race car and the road-legal GT supercar.  Brimming with patriotic pride on the 4th of July, the car was unveiled at the 2019 Goodwood Festival of Speed (FOS).

Freed from any rules or regulations imposed by the FIA or IMSA, Ford have been able to develop the car to be the ultimate version of the GT.

Speaking to Jay Ward, Ford Europe’s Director of Product Communications, in the FOS supercar paddock, he told me:

“We’ve done everything to it that we couldn’t do under WEC regulations to see what it is capable of.”

The most noticeable of the changes are in the aerodynamics and chiefly the rather large dual-element rear wing. This combined with a redesigned front splitter and diffuser generate over 400% more downforce than on the GT.

Whilst the Mk II has the same 3.5 litre EcoBoost engine as the race and road car, all homologation restrictions have been lifted so it now produces in excess of 700 horsepower, that’s 200 more than the race car.

Ford, through their development partners Multimatic Motorsports, will be producing a run of just 45 of the GT Mk II and are signing up buyers for around £1m each. Apparently 30 of the limited edition cars have already been reserved and not all to current GT supercar customers.

So is this track-only weapon to be like those of Ferrari’s XX programme, with the cars looked after by the team and brought out at specially arranged circuit events? No, not at all say Ford. Owners will take delivery of the car to keep and take to a track of their choice whenever it suits them.

It’s hard to see how often such cars would be able to get onto a circuit as they’re a bit more than just a Caterham 7 or MX-5 with a roll cage to be taken to a track day at a local disused airfield.

However, I imagine in a world of £1m playthings, track days are a somewhat classier affair.