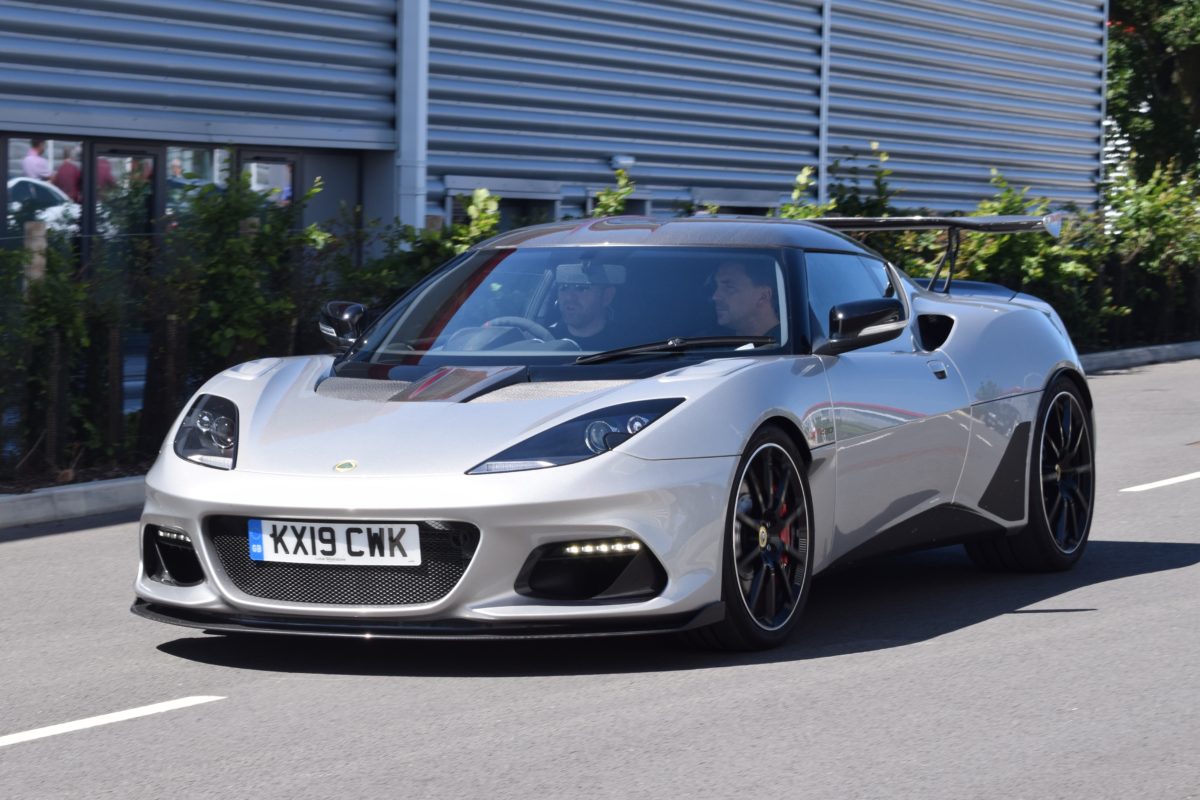 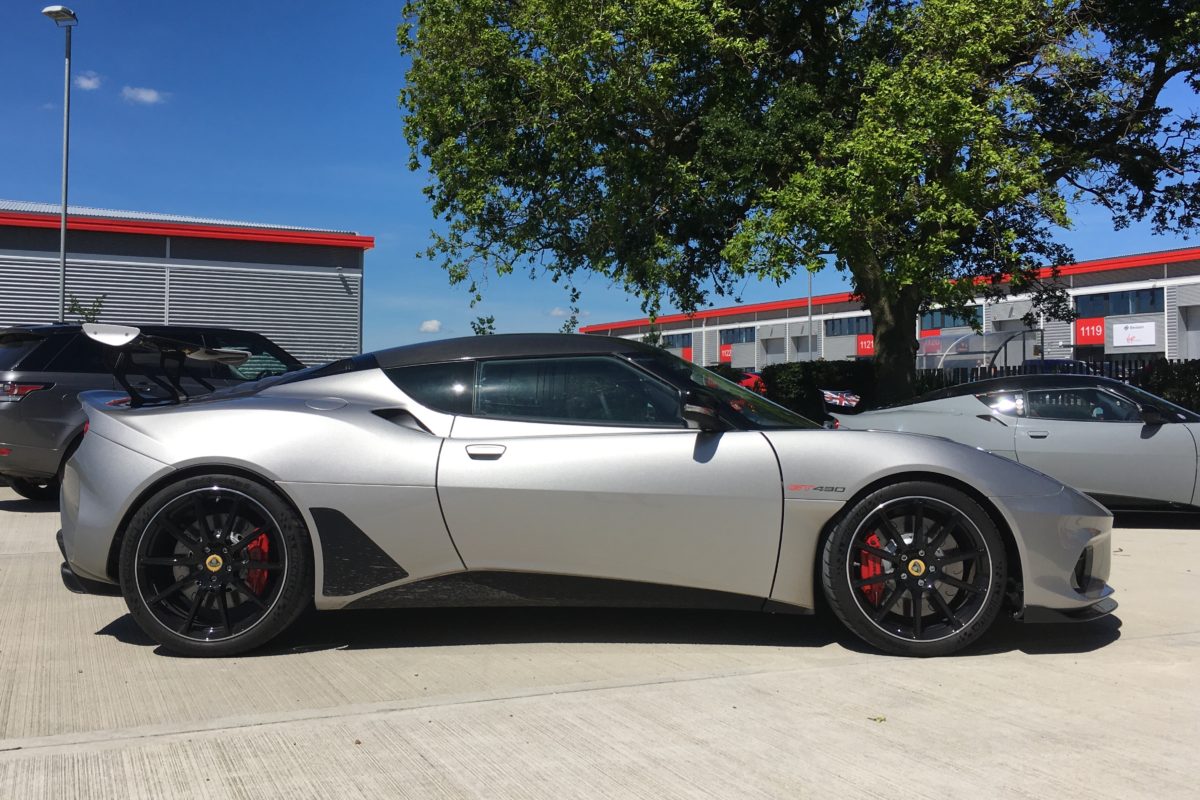 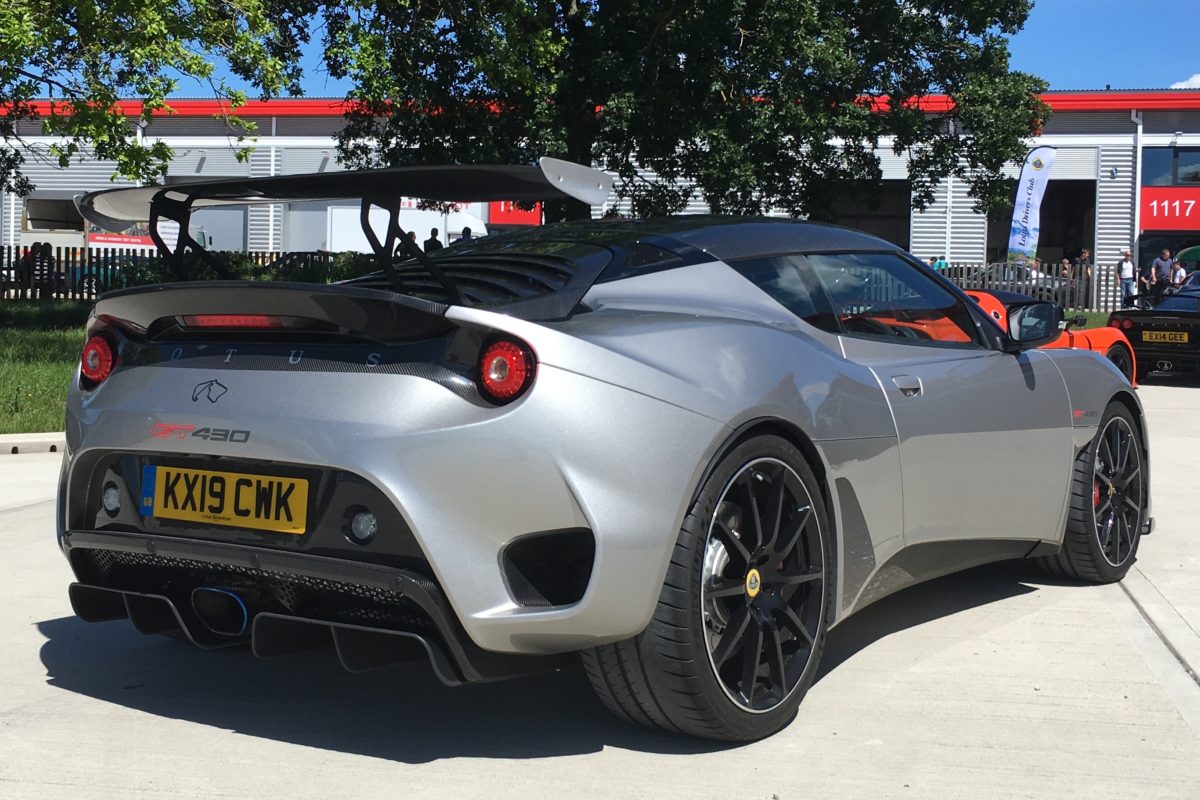 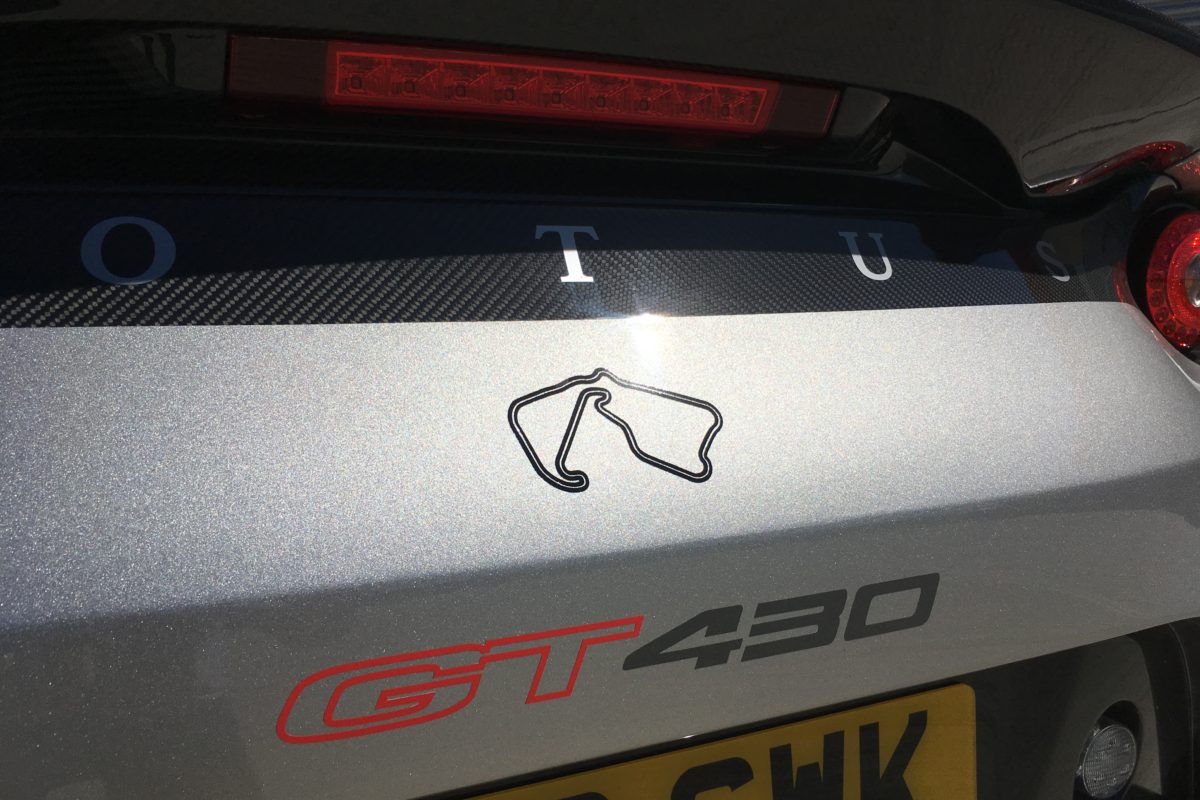 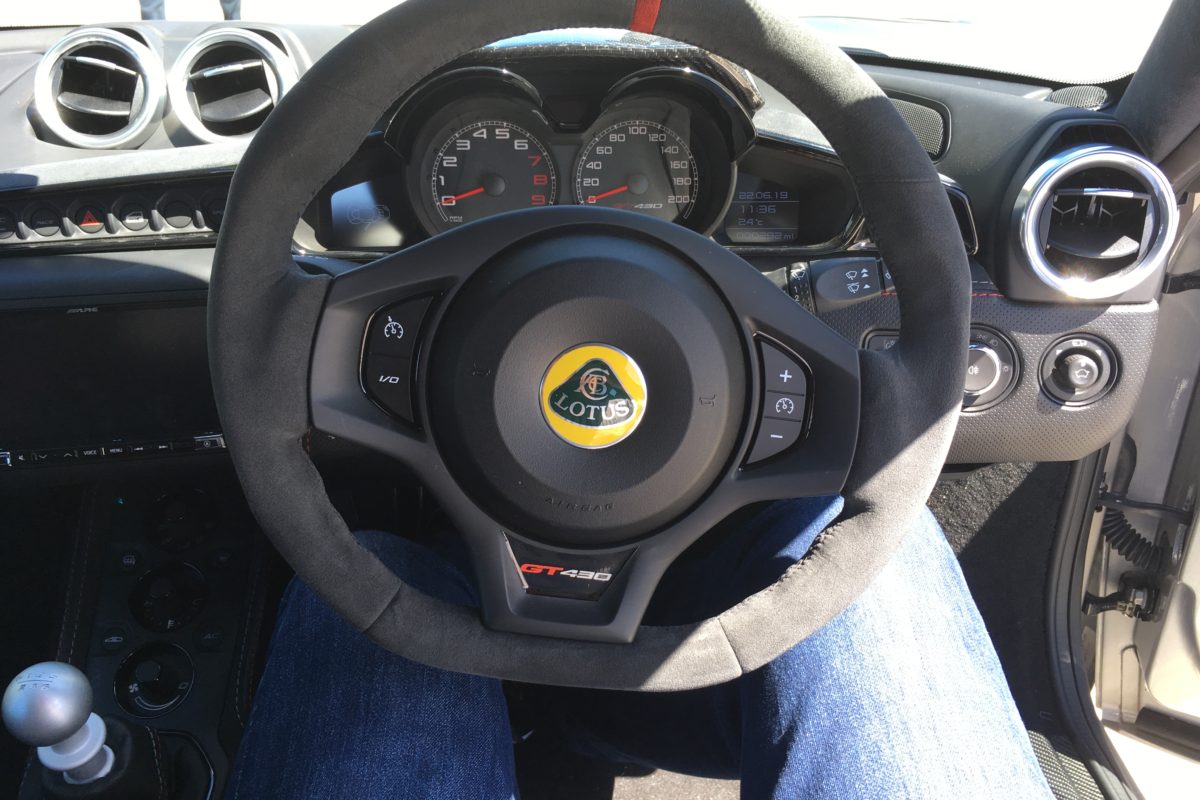 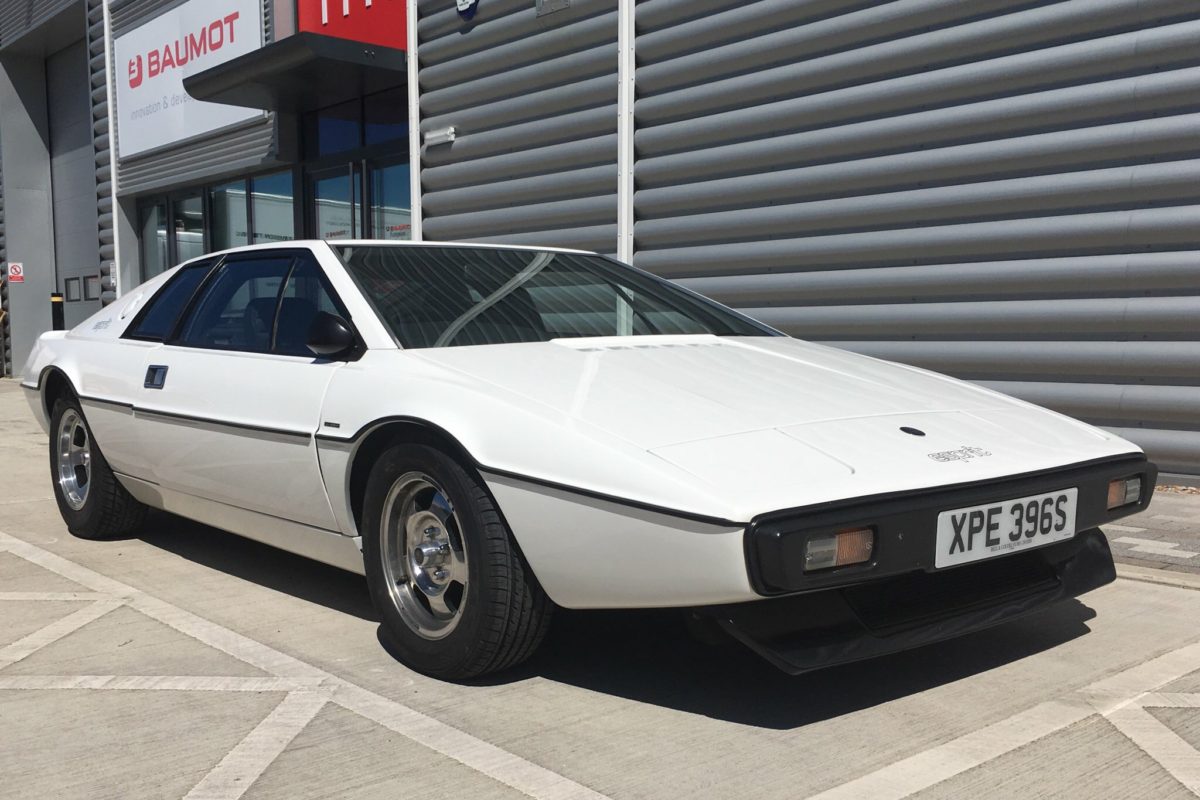 When I was about 7 or 8, my interest in cars was ignited by a slim, white, folded paper dart of a car that outran a helicopter by diving into the sea. The Lotus Esprit from The Spy Who Loved Me had a huge effect on me and I played endlessly with my Corgi version of it, pinging small orange plastic missiles out of the rear louvres. To be able to own or drive such a car seemed like an unachievable dream back then.

Although now more able to realise the dream, my 6’6” frame means that sadly I can’t achieve a viable driving position in an early Esprit without making extensive modifications – either to the car or to me.  So when the opportunity came up to drive its direct descendant, the Evora, my email reply was faster than you can say “supercharged V6”.

Originally launched in 2008 and apparently named for a contraction of Evolution VOgue auRA, the Evora has undergone a number of revisions and variants culminating in the GT430, the most powerful road car Lotus has yet produced and the model I’m about to drive.

As the name classifier hints, the Toyota-derived 3.5 litre V6 engine produces 430 bhp at 7,000 rpm and will get from 0-60 mph in just under 4 seconds rising to a top speed approaching 200 mph. Clearly such performance figures would be hard to achieve on the lanes and by-ways around Towcester, but I would get to experience something of the acceleration and handling on different road types.

The start and end point for my drive is the Lotus Silverstone dealership; now occupying new premises outside of the circuit between David Brown Automotive and the Envision Virgin Racing Formula E Team HQ.  In front of the showroom, among the various curvy Evoras, Elises and Exiges I spy (pun intended) the familiar straight lines of a first generation Esprit in 007 white spec. I could stand and look at it all day but my drive is waiting.

Plenty of head and legroom

For a (relatively) small sports car, there is quite a bit of room inside the Evora. Ignoring the rear +2 “seats” which are not designed for humanoid beings, there is plenty of both head and legroom for extra tall drivers like myself. Amazingly I can even drive with both legs straight out underneath the steering wheel rather than employing the “knee either side” contortion that I am forced to use in most sports cars.

The seats, whilst thinly upholstered, are extremely comfortable and supportive and I can easily imagine surviving an extended drive without needing to visit a chiropractor. The side mirrors give just enough view of the road behind looking past the rear haunches, but the central mirror offers little more than a peek at the engine cover, rear window louvres and the large carbon-fibre boot-mounted wing.

Starting the engine is a slightly unfamiliar routine involving both turning a key and pressing a button, then pressing another button on the key followed by the start button again. Apparently this extra button push doesn’t happen every time, but the immobiliser had been enabled. Now I’ve got that sorted, the engine startup is a most joyous bark and growl and it puts me in a great mood before I even set off.

Driving the Evora is like having two different cars at your command. Through towns and villages it handles much like a small hatchback, albeit a very low slung one, but depress the throttle, hold onto third gear and get ready for a metamorphosis. When the engine hits 5,000 rpm the Evora magically transforms into a racing car with valves opening to deliver a satisfying and sustained parp from the exhaust and the acceleration switches into hyperdrive.

Even now, porpoising along on a rather undulating Roman road, the Evora still feels grippy and extremely stable. Despite the uneven surface, I’m not wrestling with the wheel or fighting to keep it pointing straight down the road. It almost feels that I could let go and let it steer its own way across the bumps, although that’s probably not a good idea. The amazing grip continues into the corners with very little body roll and, although I am being extra careful, there is no hint of back end twitch when applying power out of the bends.

If I could make one change to the car I’m driving, it would be to swap it for a paddle-shift automatic gearbox. Heresy it may be, and you do sacrifice top speed, but I found the manual ‘box a bit notchy; needing a firm grip and a precise movement to effect a smooth change. For me, being able to keep both hands on the wheel and drive “with a foot to spare” just seems a more natural option for this range-topping £112,500 rocket.

Although it’s a stunningly quick and easy handling car, I can’t say that I’m smitten by how the Evora GT430 looks externally.  It’s certainly a pretty car with its chiselled jaws, slender waist and wide rump, but it doesn’t take my breath away.

Despite having the best of the current Lotus models on display with all manner of eye-catching colours and adornments, the car that unsurprisingly draws my backward glance as I leave for home is Bond’s plain white Giugiaro-designed Esprit S1 sitting unpretentiously at the back.

Nobody does it better. 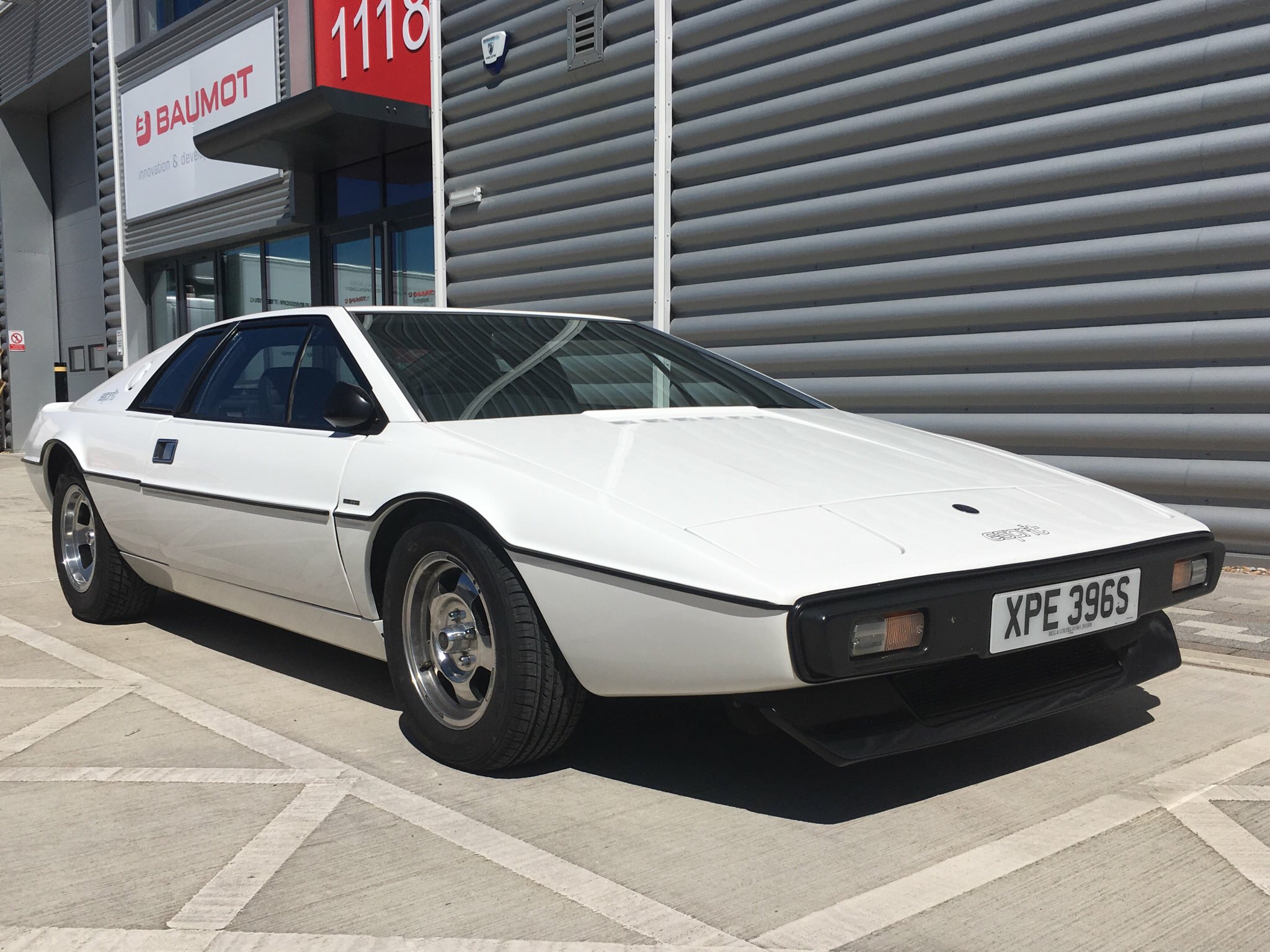