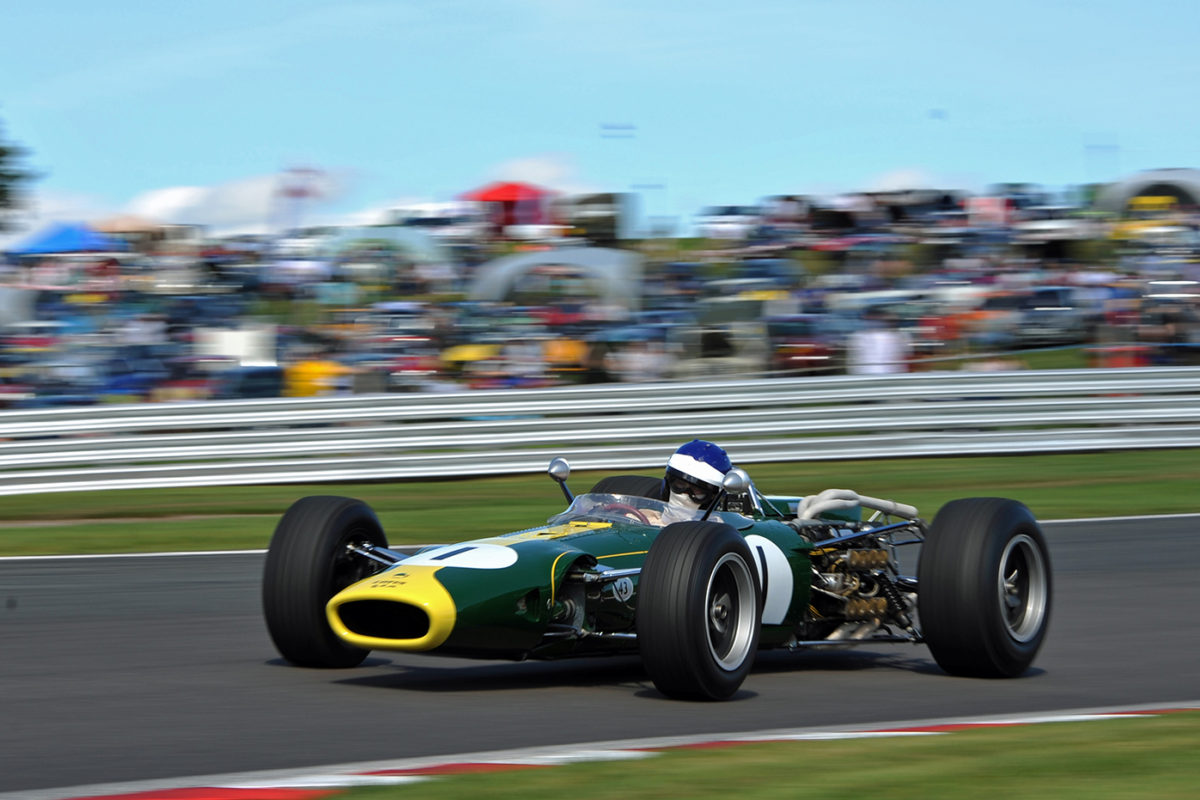 With celebrated historics, race winning Formula 1 cars, World Champions and the very latest sports cars, this year’s Goodwood Festival of Speed from 12-15 July 2018 will be a celebration of Lotus like no other, as the famous British manufacturer is announced as an Automotive Partner of the event.

Born in 1948, with the inception of Colin Chapman’s first car, Lotus sprang from a small garage in North London to become a global brand – famous for its amazing road cars and its success on the race tracks of the world. 70 years later the company continues its founder’s principle by building some of fastest and best handling sports cars available.

Set in the splendour of the West Sussex countryside, this year’s Festival of Speed will allow visitors to see some of the best-known cars of the marques’ past running on the Hill. A who’s who of famous racers, the roster includes Jim Clark’s World Championship winning Lotus 25, Graham Hill’s World Championship winning Lotus 49, and Ayrton Senna’s first F1 race winning car, the Lotus 97T. Other famous examples, including the revolutionary Lotus Type 56, gas turbine Indycar will also be in demonstration runs over the weekend.

In a fitting tribute to Lotus’ most successful racing driver, the Jim Clark Trust, the official charity of this year’s Goodwood Festival of Speed, will be making a special dedication with an unveiling that recognises the legacy of the one of motorsport’s most enduring figures.

The Jim Clark Trust is marking the 50th anniversary of Clark’s tragic death while competing at Hockenheim circuit. Formula 1 World Champion in 1963 and 1965, and the winner on the Indianapolis 500 in 1965, Clark made 72 Grand Prix starts, took 25 wins and 33 pole positions – all behind the wheel of a Lotus.

In addition to 2018 marking the 70th anniversary of Lotus’ birth, it’s also a milestone for some of the cars present, as it denotes 50 years since Graham Hill took the championship in the Lotus Type 49, and 40 years since Mario Andretti won his World Championship in the Lotus Type 79. Lotus will be recognising these achievements with themed announcements from the Festival.

Acting as the centre point of the celebrations, Lotus’ current line-up of sports cars will be proudly displayed on the company’s stand in the main exhibitors’ space, with two of its highest performing models driving the hill throughout the weekend.