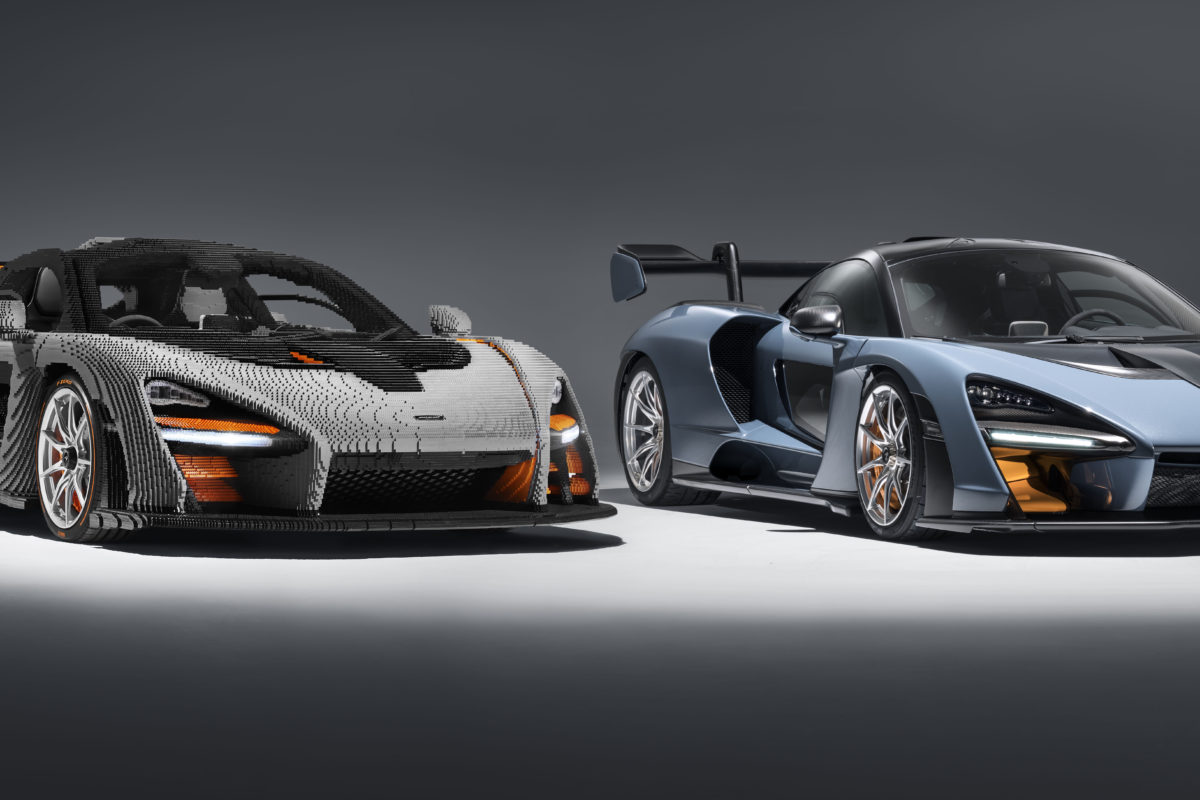 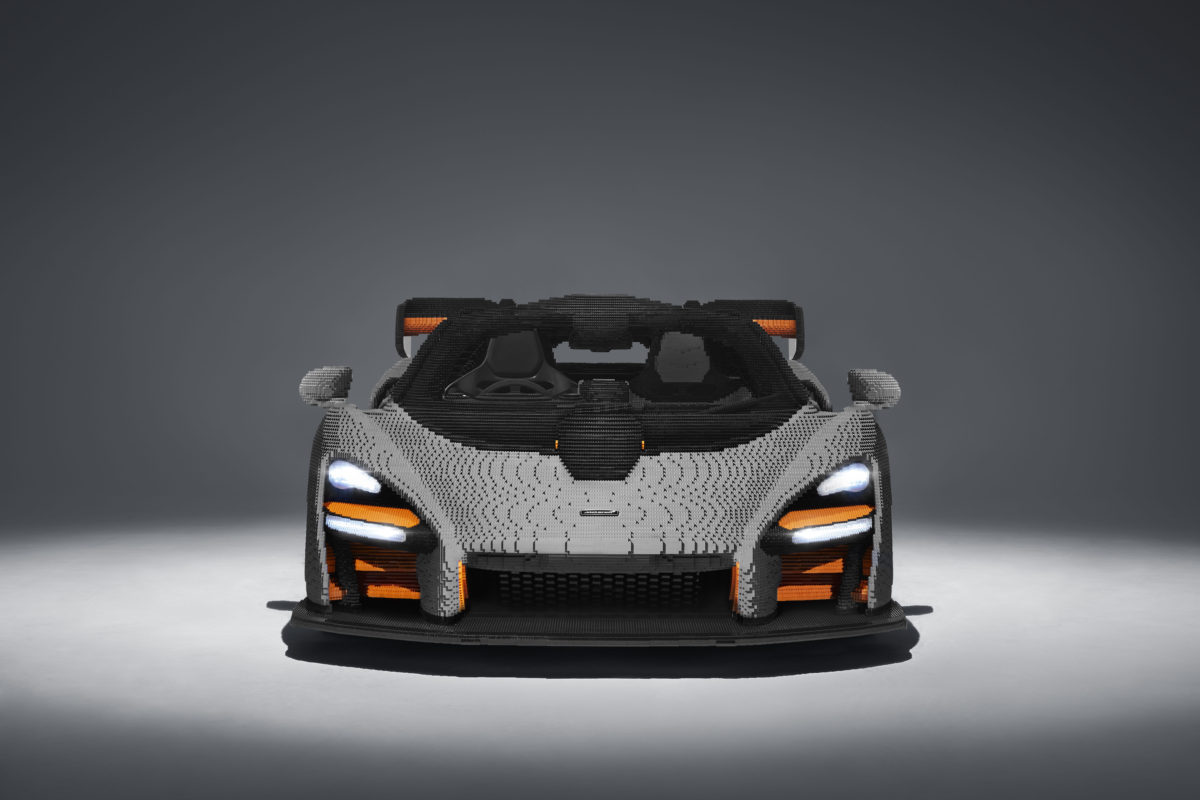 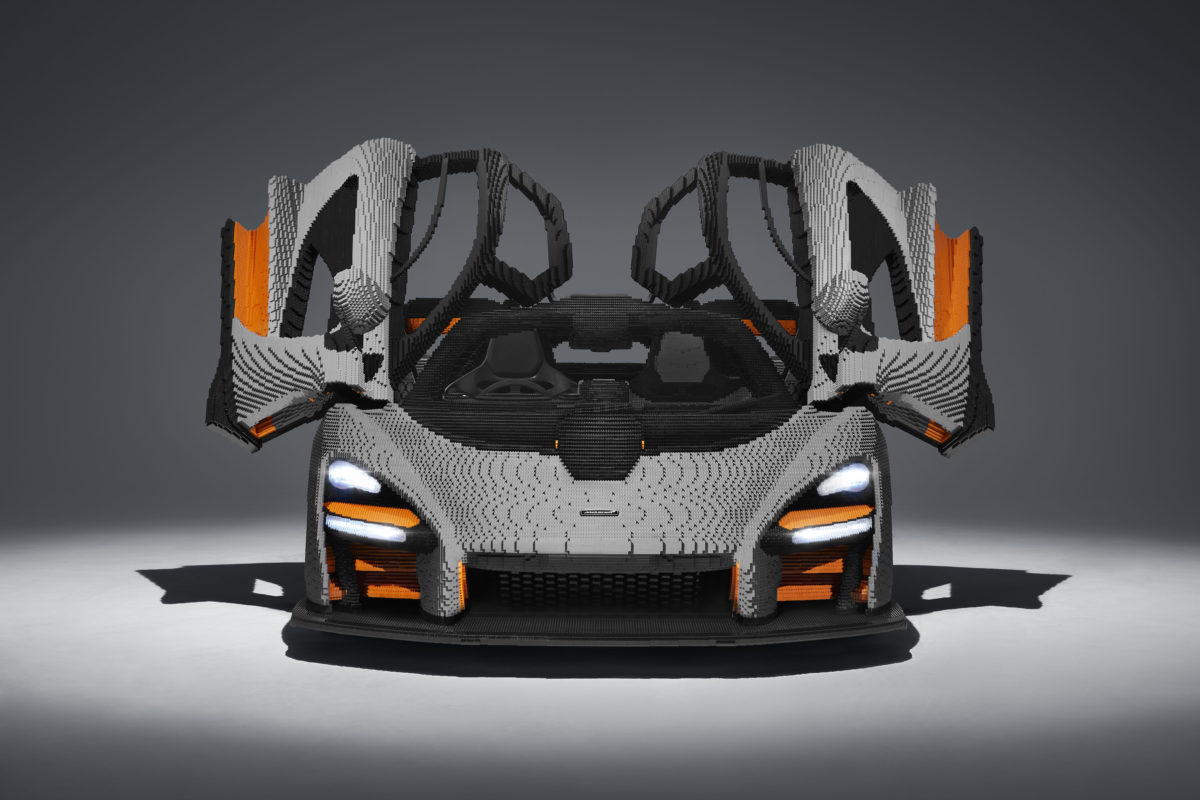 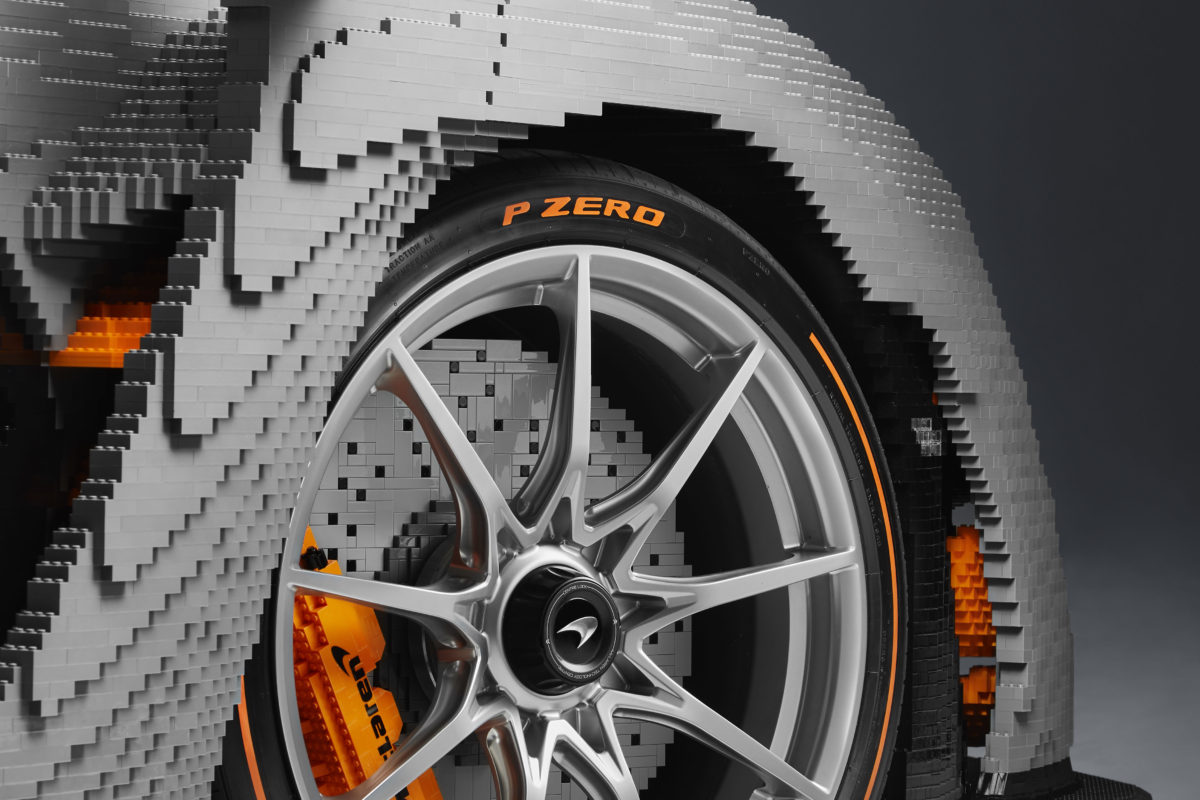 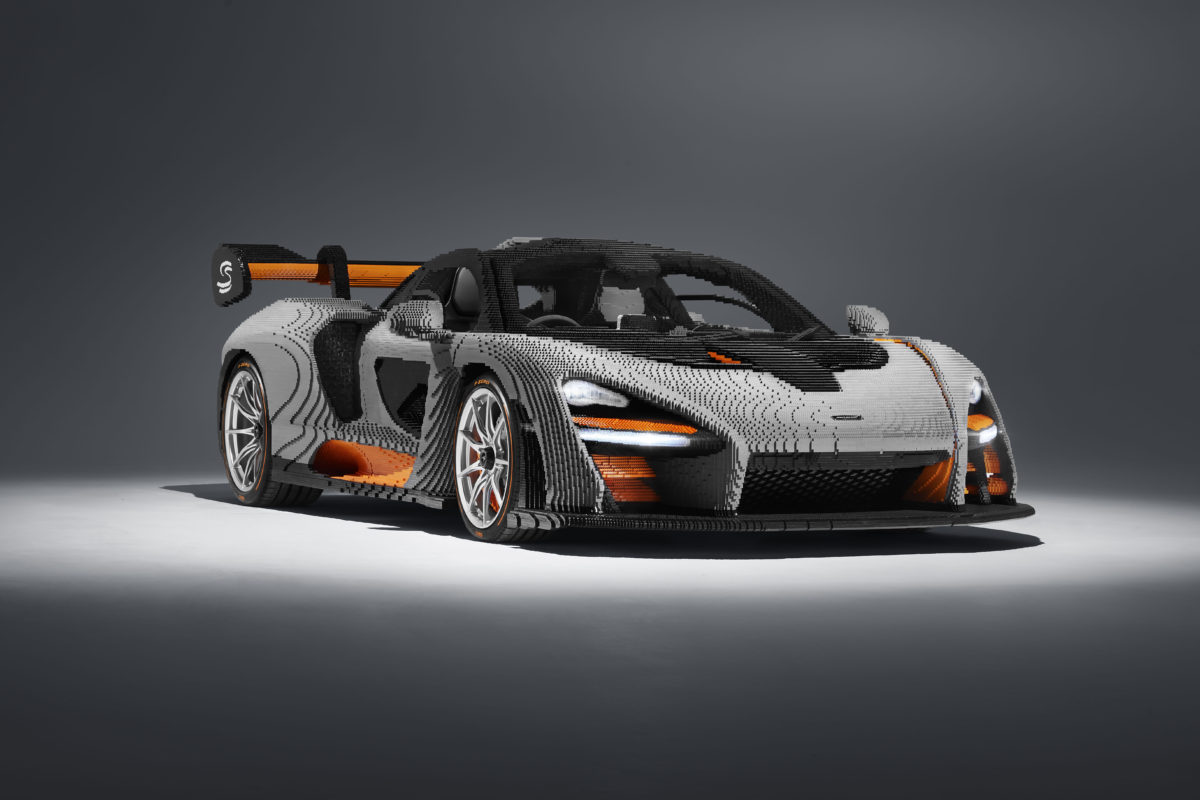 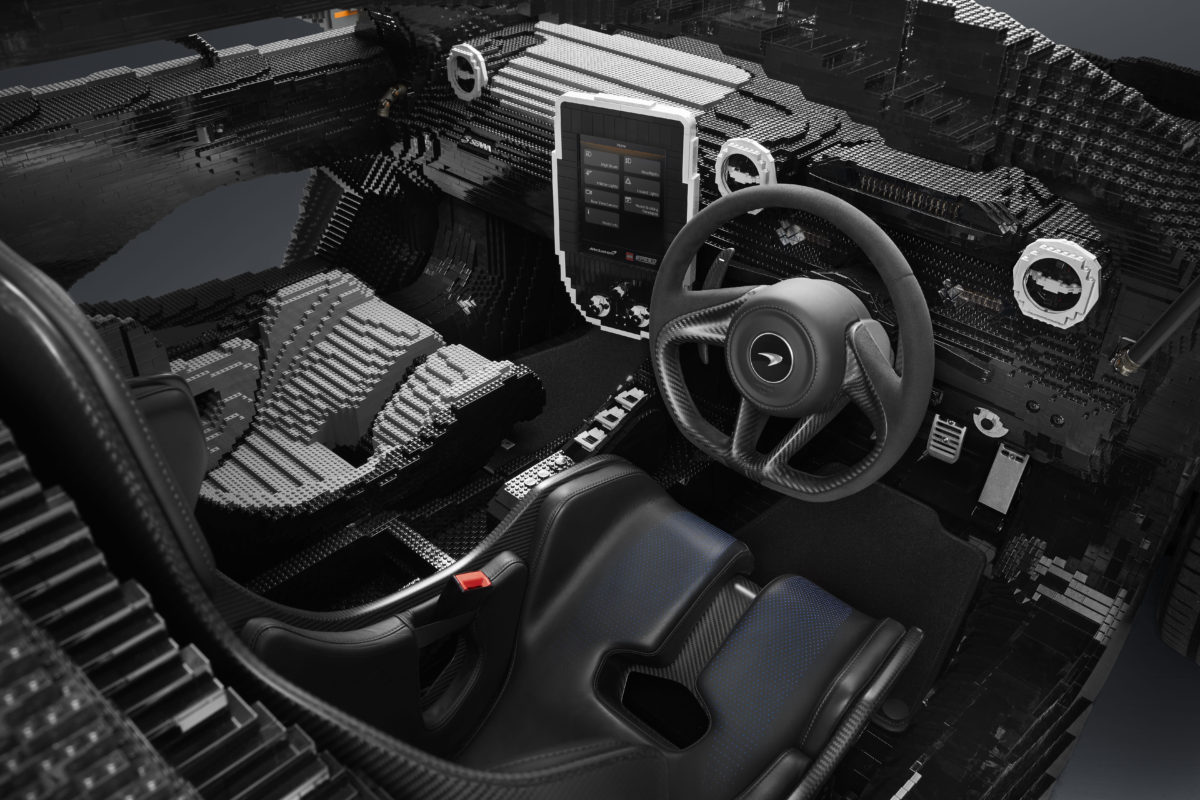 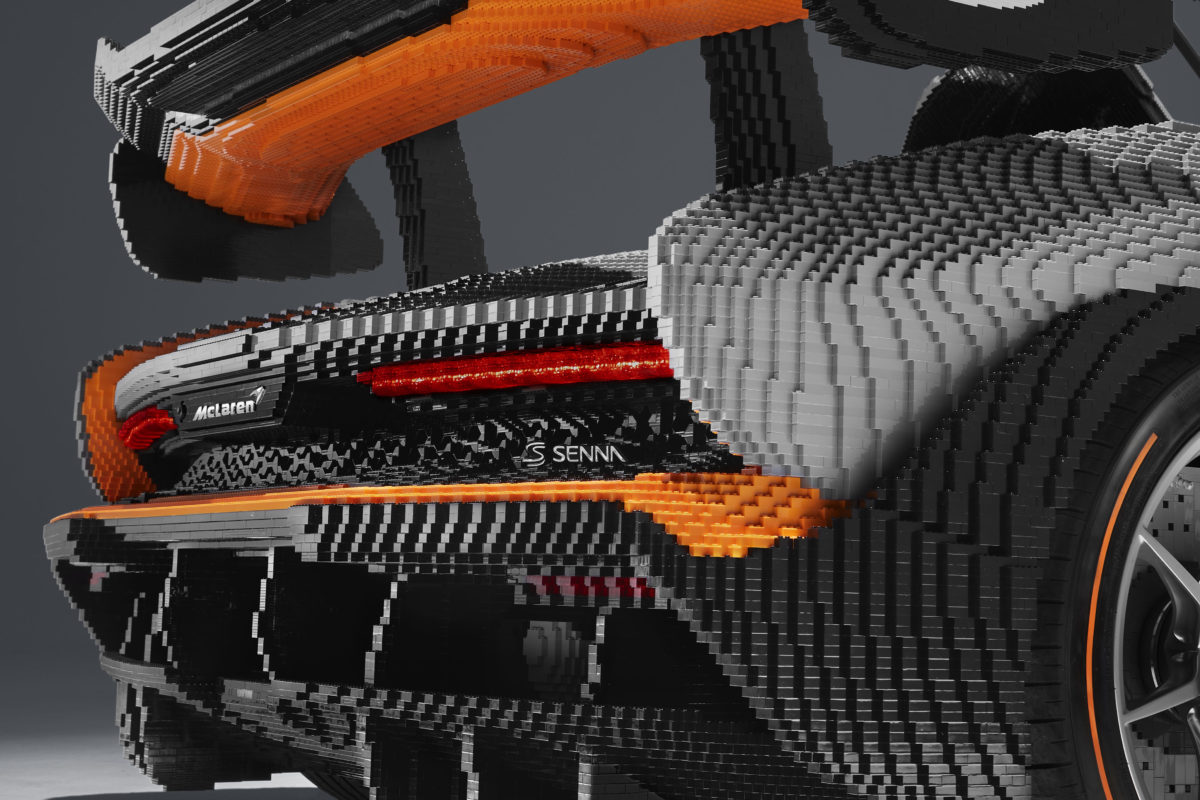 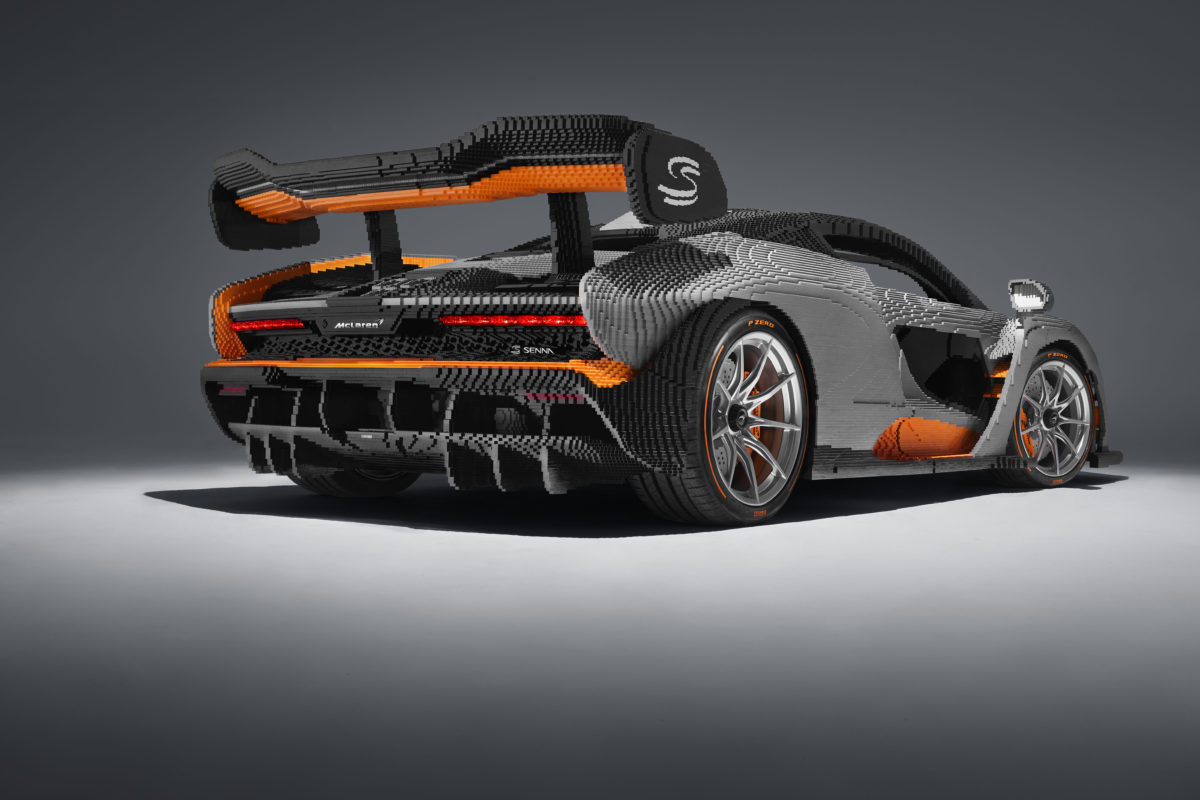 A unique, full-scale LEGO McLaren Senna has been created in secret by shifts of specialist assemblers working around the clock. Taking nearly 5,000 hours to assemble, it comprises almost half a million separate components. Unusually for a McLaren, the LEGO Senna is something of a heavyweight, tipping the scales at 1700kg – 500kg more than the McLaren Senna that sold out as soon as it was announced in 2017.

Built to click with fans the world over, this surprise new Senna is the most realistic and ambitious McLaren ever made by LEGO. Pieced together from one metric tonne’s worth of LEGO elements, you may not be able to drive off in it, but enthusiasts young and old can climb aboard, sit behind the wheel, push the start button in the roof and even hear a simulation of the 208mph car roaring into life. As well as this they can operate the working lights and infotainment system on the model. Fans of the famous brick, as well as fans of the McLaren Senna, will be able to see it soon at one of a programme of events across the world.

The astonishing life-size re-creation of the most track-focused road McLaren is the latest in the model partnership between McLaren Automotive and the LEGO Group, the iconic Danish toy manufacturer. Generally, the LEGO Speed Champions range of McLaren kits using the famous bricks is available in more manageable sizes for younger hands to put together. But as McLaren and LEGO showed with the McLaren 720S model in 2017, a 1:1 scale McLaren built entirely of LEGO bricks makes for a uniquely immersive, interactive and, above all, fun experience.

Now the brick-built Senna moves the model-car game on in ways befitting an Ultimate Series McLaren. The statistics behind it are mind-boggling: in total, 467,854 individual LEGO® elements were used in its construction, which is almost 200,000 more bricks than were used to construct the 720S model of two years ago. Working shifts around the clock, teams of up to 10 model-makers needed 2,725 hours to click together all the pieces for the LEGO McLaren Senna, nine times longer than it takes to produce each painstakingly hand-assembled real Senna (300 hours). Including design and development, a total of 4,935 hours went into creating the model, involving no fewer than 42 men and women from the LEGO build team.

The McLaren Senna is the first LEGO® McLaren to incorporate interior parts from a real car, underlining its authenticity. Inside the extreme, driver-focused cabin are the lightweight carbon-fibre driving seat, steering wheel and pedals from the real Senna. Actual McLaren badges are fitted and the wheels and Pirelli tyres are exactly as specified on the real car. The dihedral doors are made from LEGO® bricks and are removable to allow people easy access to the cabin.

Rendering the ultimate form-follows-function McLaren in plastic bricks with such accuracy required months of design and development work, involving both McLaren and the LEGO team.

The car’s brick-work is finished to replicate Victory Grey with contrasting orange highlights, just like the 15cm-long, 219-piece, McLaren Senna LEGO Speed Champions edition that went on sale earlier this year in toyshops, priced at £12.99. For young McLaren owners of the toy model, seeing its full-size LEGO equivalent promises to be a magical double-take moment.

McLaren and LEGO fans of all ages will be able to get up close to the first LEGO® McLaren you can experience from the inside at a variety of events throughout 2019, including the Goodwood Festival of Speed in Sussex, UK, in early July.