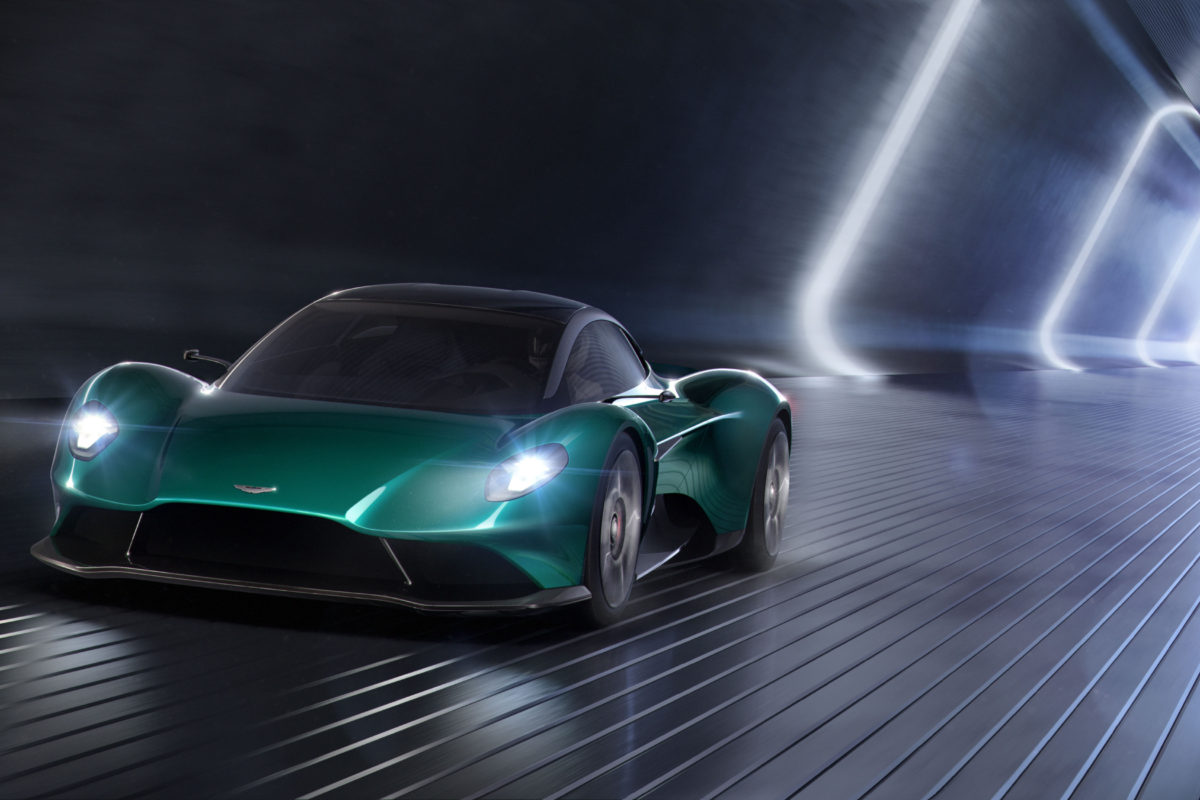 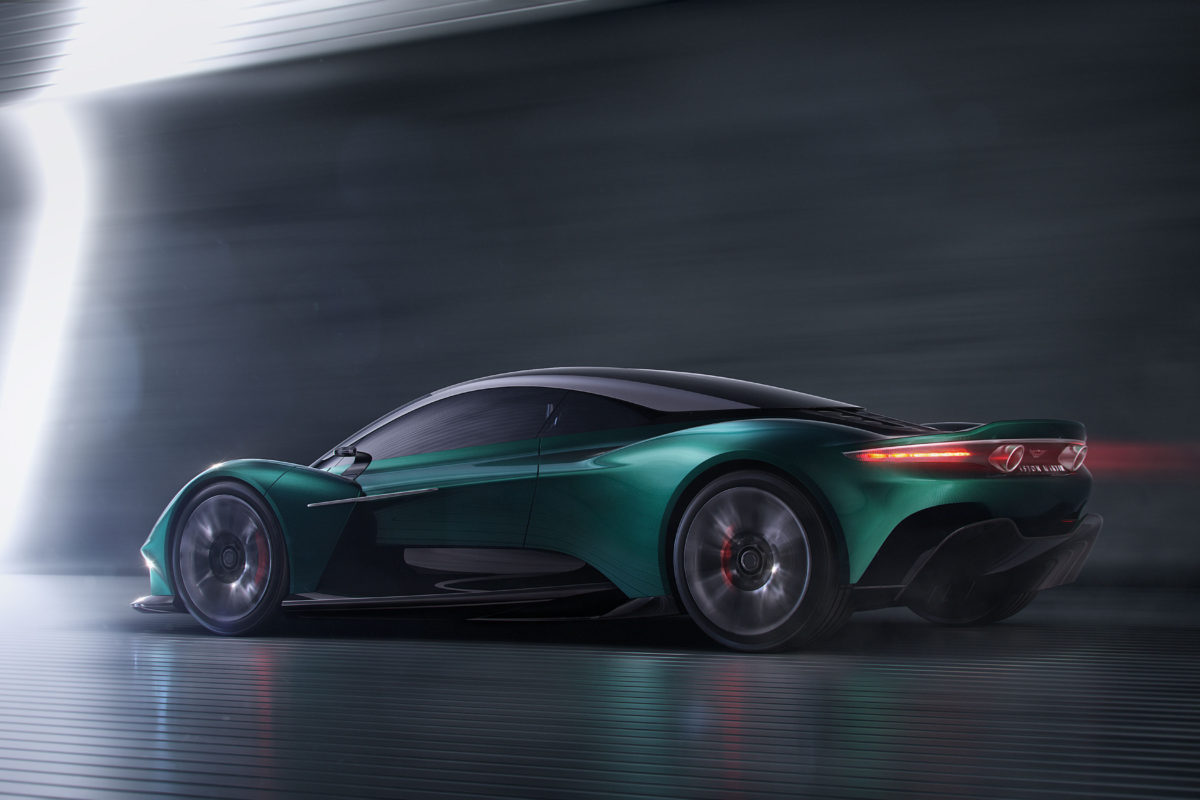 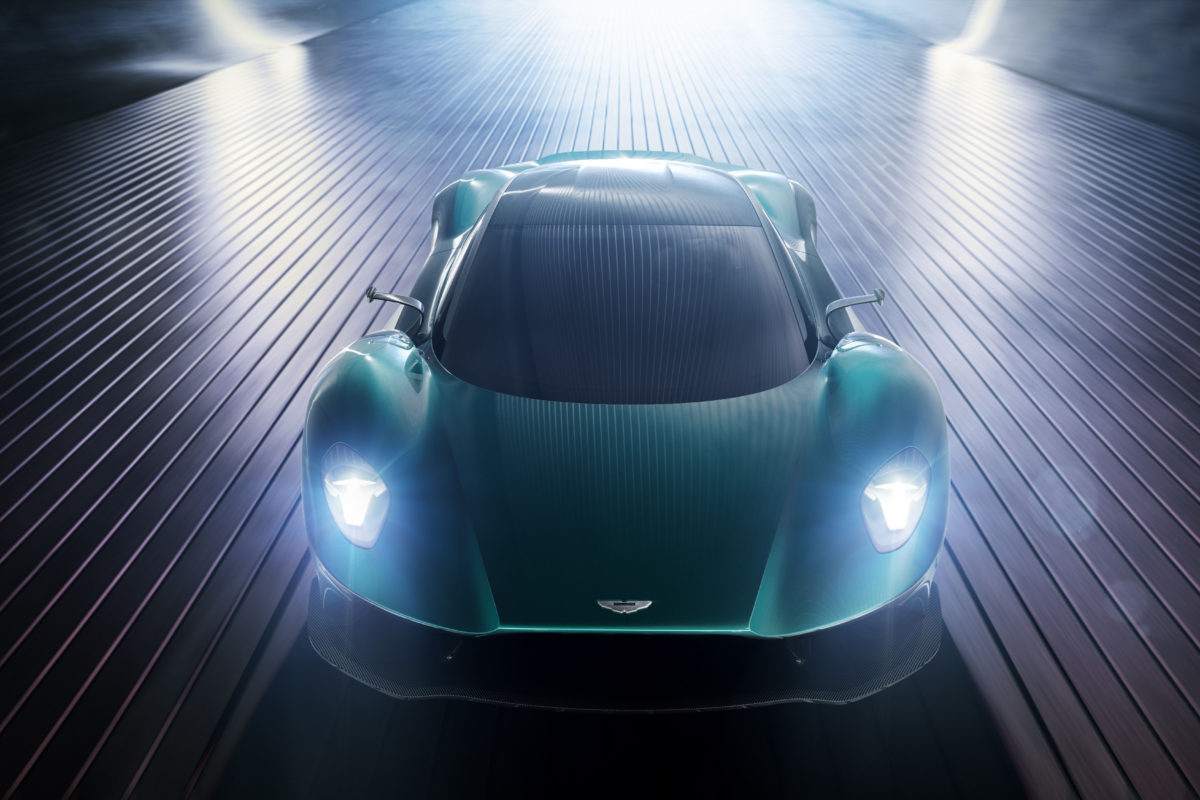 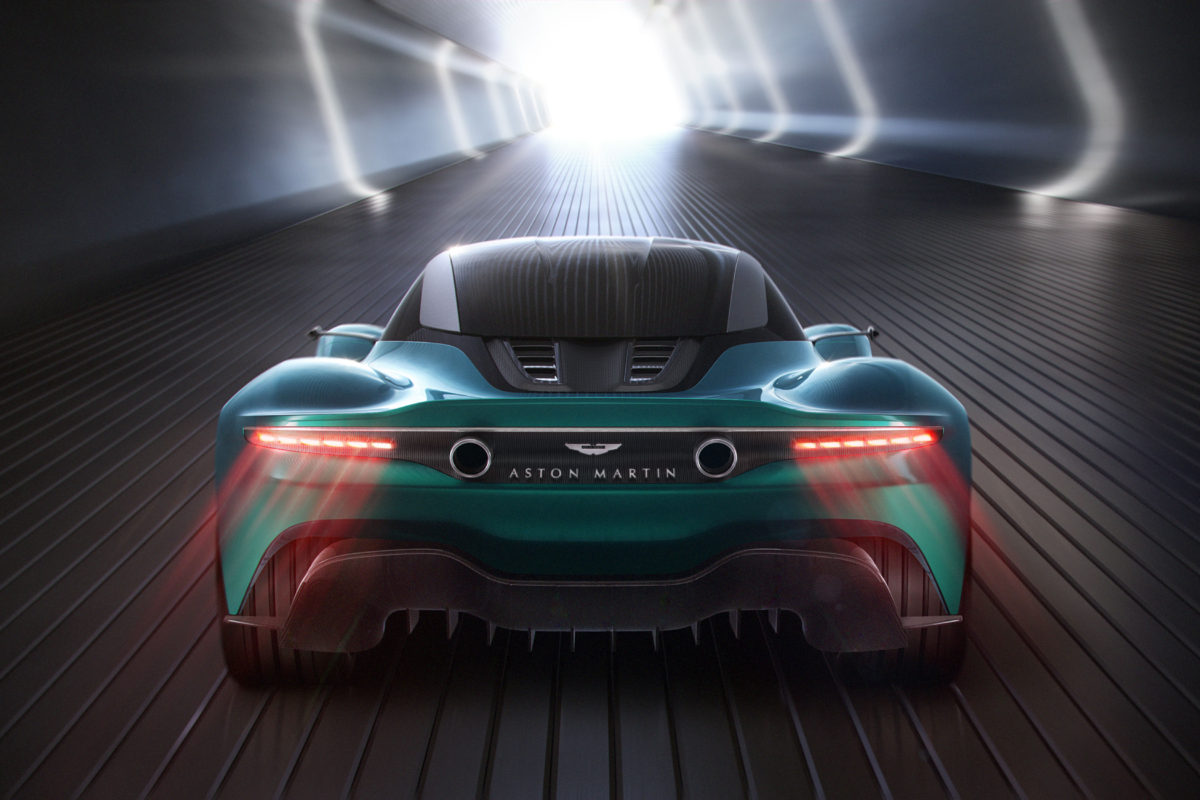 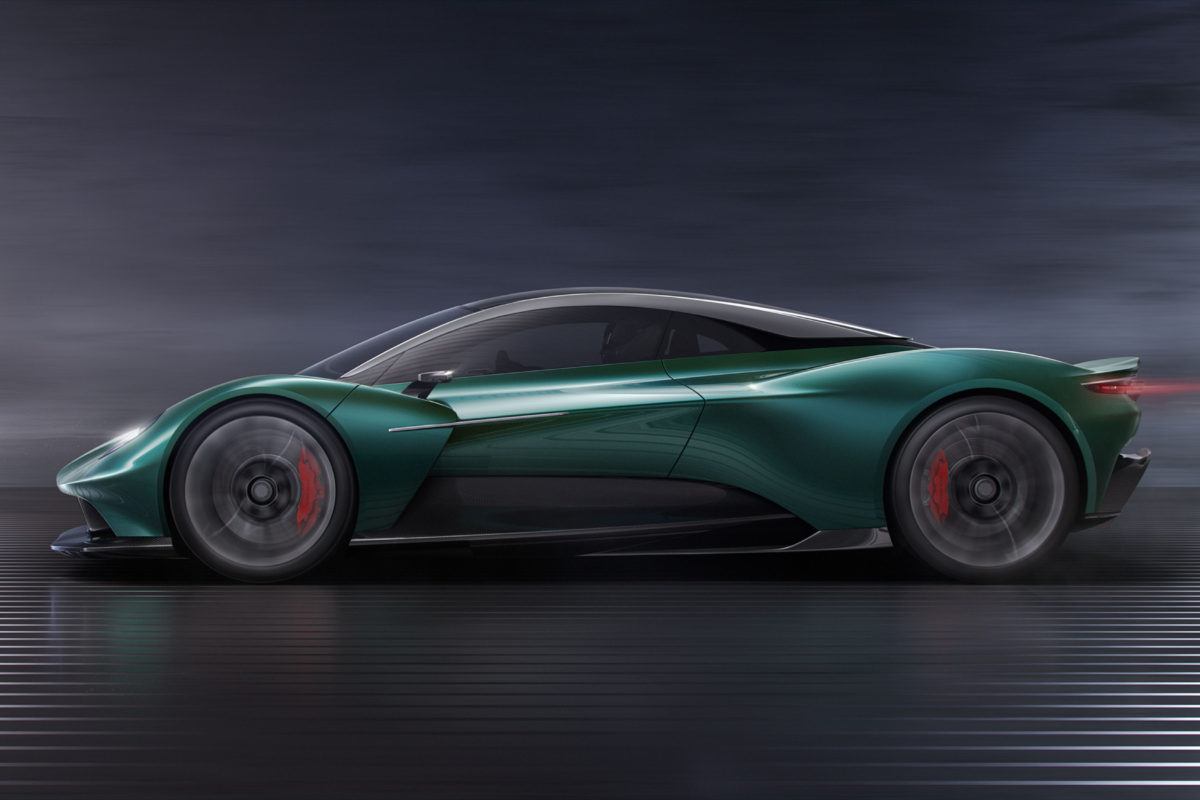 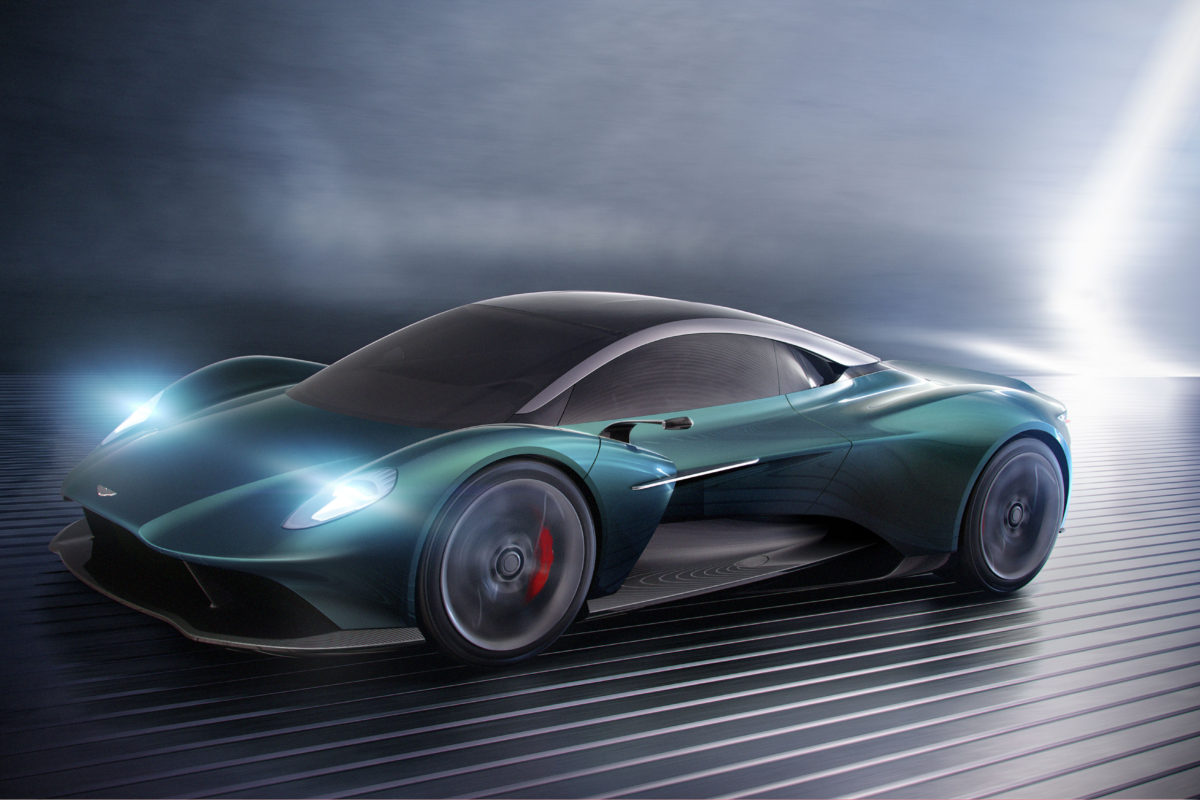 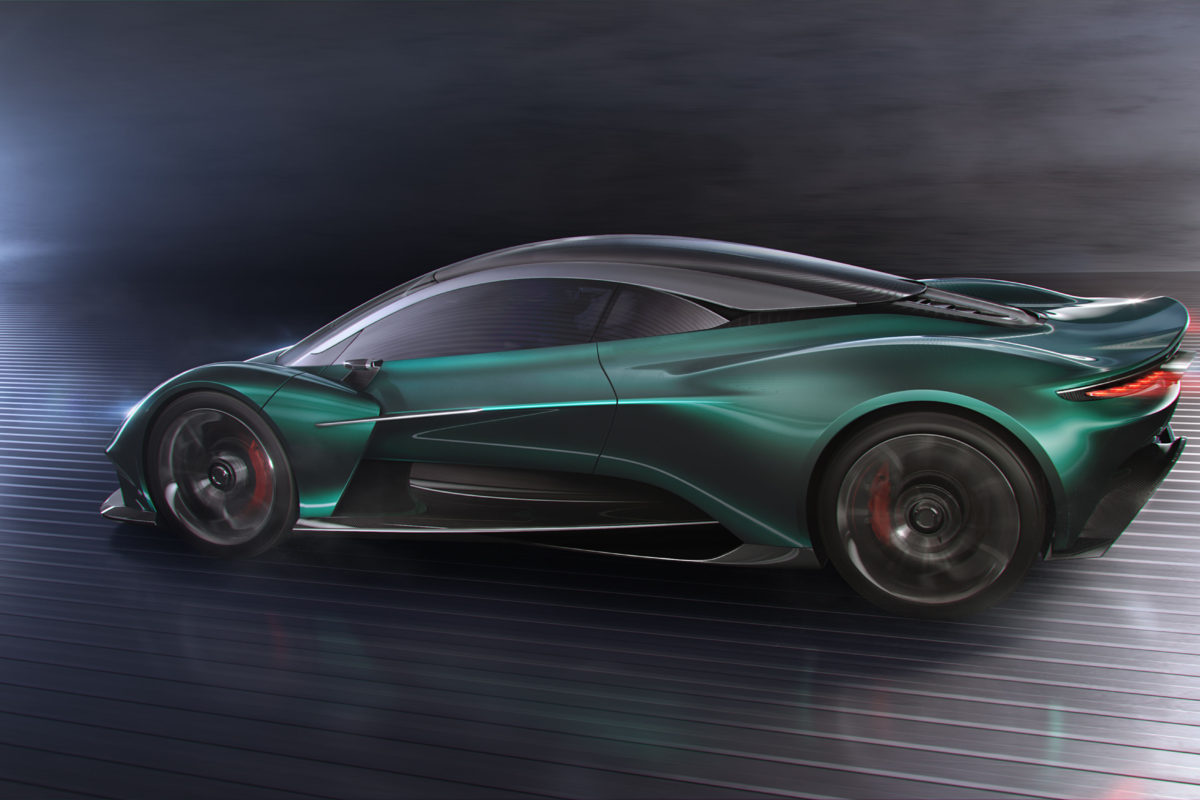 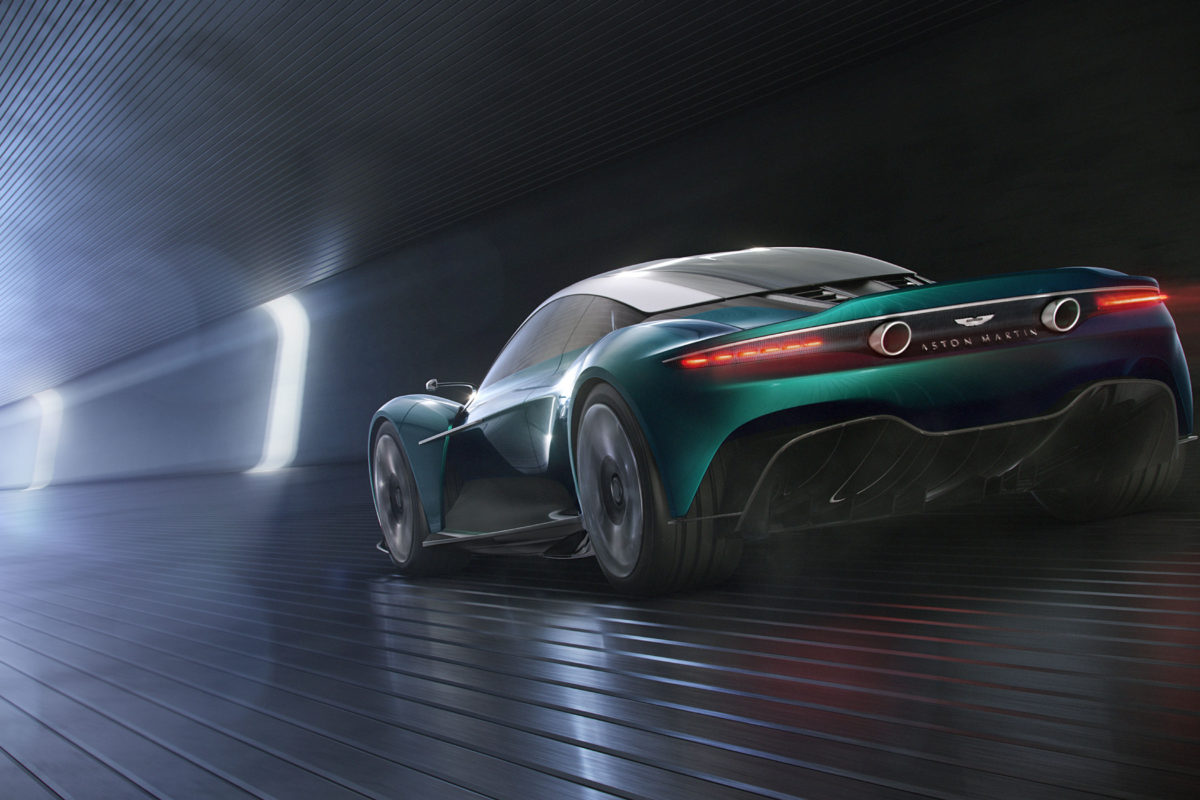 In an unprecedented show of force, Aston Martin chose the 89th Geneva International Motor Show to complete a trio of world debuts with the first glimpse of the breathtaking Vanquish Vision Concept.

Reviving an iconic nameplate traditionally reserved for Aston Martin’s flagship production model, the advanced design study provides further evidence of the proudly British brand’s intent to compete in one of the most hotly contested market sectors in the automotive world – one traditionally defined by Italian supercar makers – with this Gaydon built offering.

Andy Palmer, Aston Martin Lagonda President and Group CEO, said: “Firstly, what a pleasure to revive the Vanquish name. Synonymous with our series production flagships, it felt entirely appropriate to attach it to such a significant car. The Vanquish Vision Concept marks another pivotal moment in Aston Martin’s history, and another critical step in delivering the Second Century Plan. Our first series production rear mid-engined supercar will be a transformational moment for the brand, for it is the car that will propel Aston Martin into a sector of the market traditionally seen as the heartland of luxury sports cars.”

Like AM-RB 003, the Vanquish Vision Concept benefits from further crystallisation of the philosophy pioneered in the Aston Martin Valkyrie and distilled into AM-RB 003, with the pursuit of weight, packaging and aerodynamic efficiency informing every aspect of the design and engineering.

Miles Nurnberger, Aston Martin Director of Design said: “The Vanquish Vision Concept has a more seductive and less technical appearance than Aston Martin Valkyrie and AM-RB 003, but it’s still extreme in terms of visual gestures. For example, it has a very distinctive clamshell front fender, with openings so you can see through onto the tyre. There’s less of the negative space that defines the look of the Aston Martin Valkyrie and AM-RB 003. It’s a prettier car, and purposely so, as it’s been designed to thrive in a less extreme performance envelope. But, while being very much at home on the road, it will still be equally capable when chasing lap times on a race track. As a result, it’s less provocative and more classical in its look. Its beauty comes from a shift in emphasis from the aggressive, function driven surfaces of Aston Martin Valkyrie and AM-RB 003 to more flowing and sensuous forms, while retaining a resolute athleticism and modernity: critical qualities in expressing the distinct character and capabilities of what will be Aston Martin’s first mid-engined series production supercar.”

Detailed technical information will be revealed as the development programme advances, but two items of high level information can be disclosed; the first being confirmation the production version of Vanquish Vision Concept will feature a version of Aston Martin’s new V6: the engine that will make its debut in AM-RB 003 in hybrid turbo form.

Secondly, in a departure from the Aston Martin Valkyrie and AM-RB 003’s all-carbon fibre construction, the Vanquish Vision Concept features a bespoke bonded aluminium chassis, developed under the guidance of mid-engined specialist and Aston Martin Chief Technical Officer, Max Szwaj. As established automotive world leaders in bonded aluminium structures, Aston Martin is perfectly placed to demonstrate the cost, speed of production and weight vs strength advantages of this technology.

As with all Aston Martin products, the Vanquish Vision Concept will undergo a rigorous development process as it nears its final production specification, utilising the experience of handling gurus Matt Becker and Chris Goodwin.

Max Szwaj, Chief Technical Officer, said: “The Vanquish Vision Concept is the point when the things we have learned during the Aston Martin Valkyrie and AM-RB 003 programmes reach the series production models. Creating a car like this for Aston Martin is a challenge I have relished since joining back in 2017. Although it takes Aston Martin into new territory, it does so with the benefit of hard-won knowledge, ground-breaking ideas and an uncompromising mindset. The full engineering story of this car is yet to be told, but what you see here should tell you this car will not only compete at the highest level, but it will do so in a manner and style unique to Aston Martin.”

So there you have it ASton Martin is going all out for the supercar market.  What do you think about this?