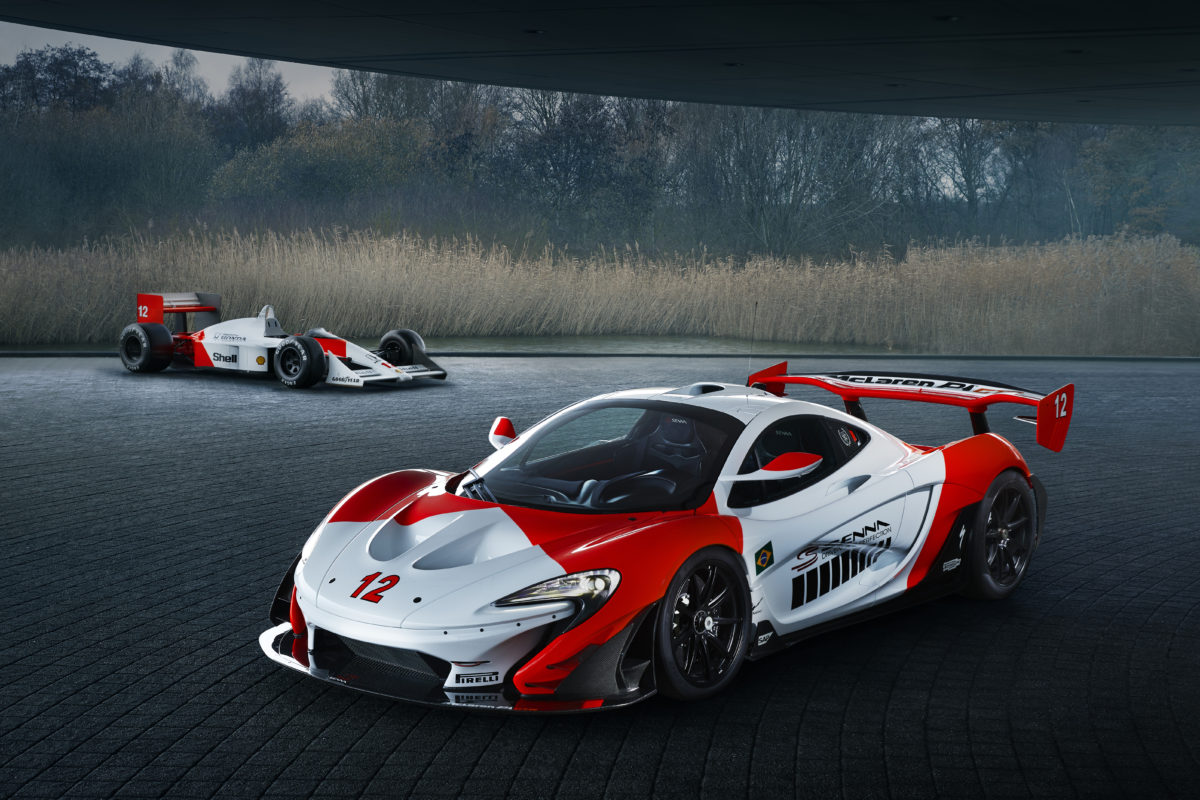 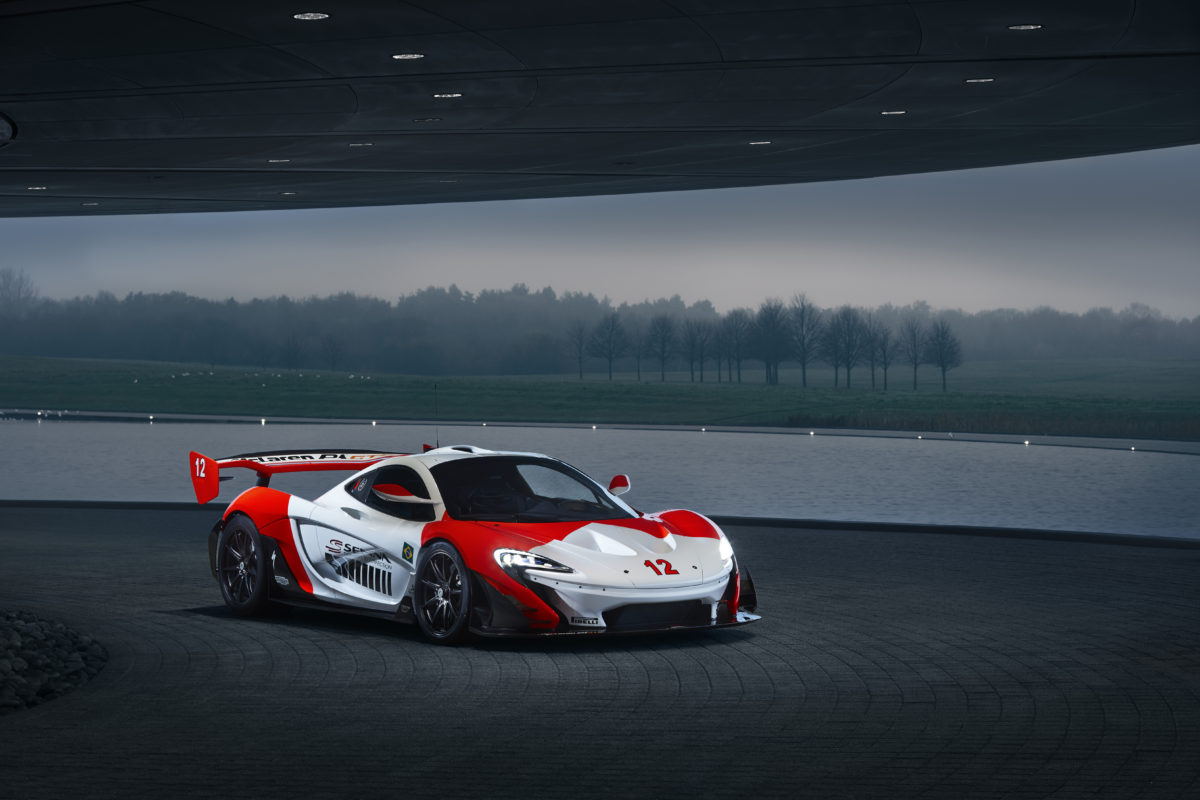 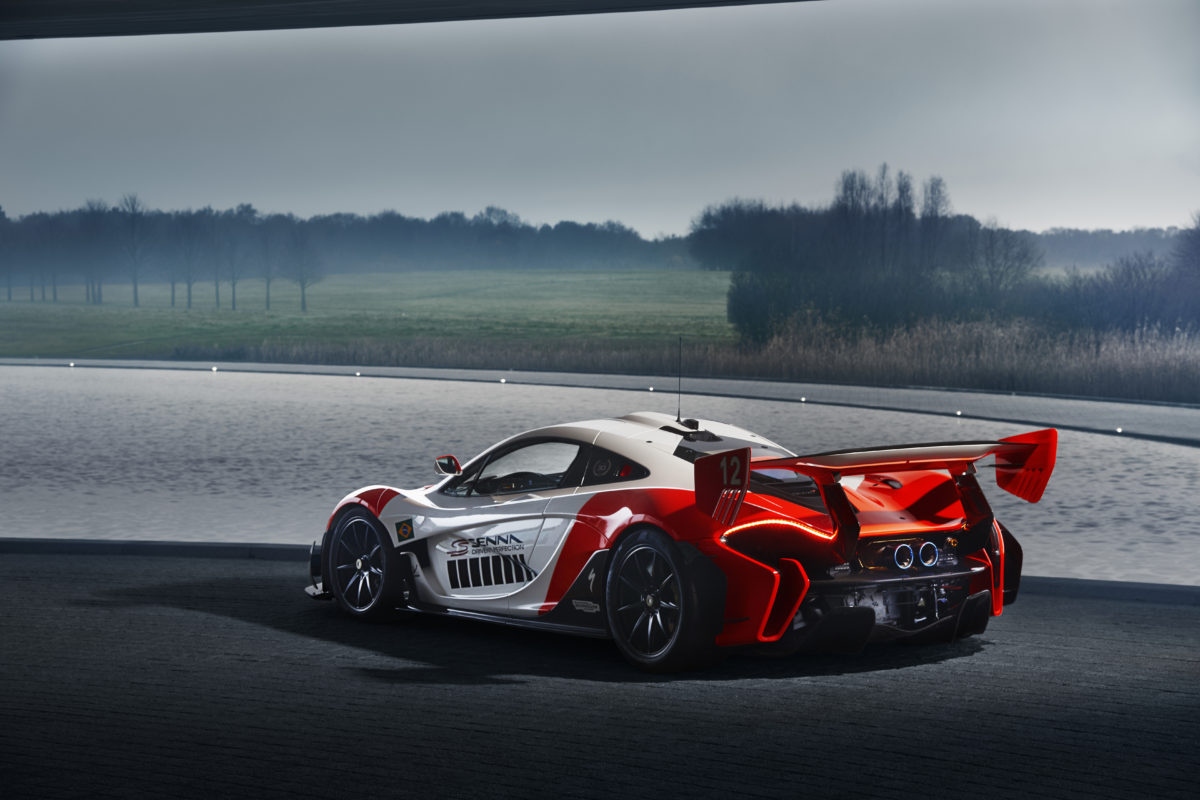 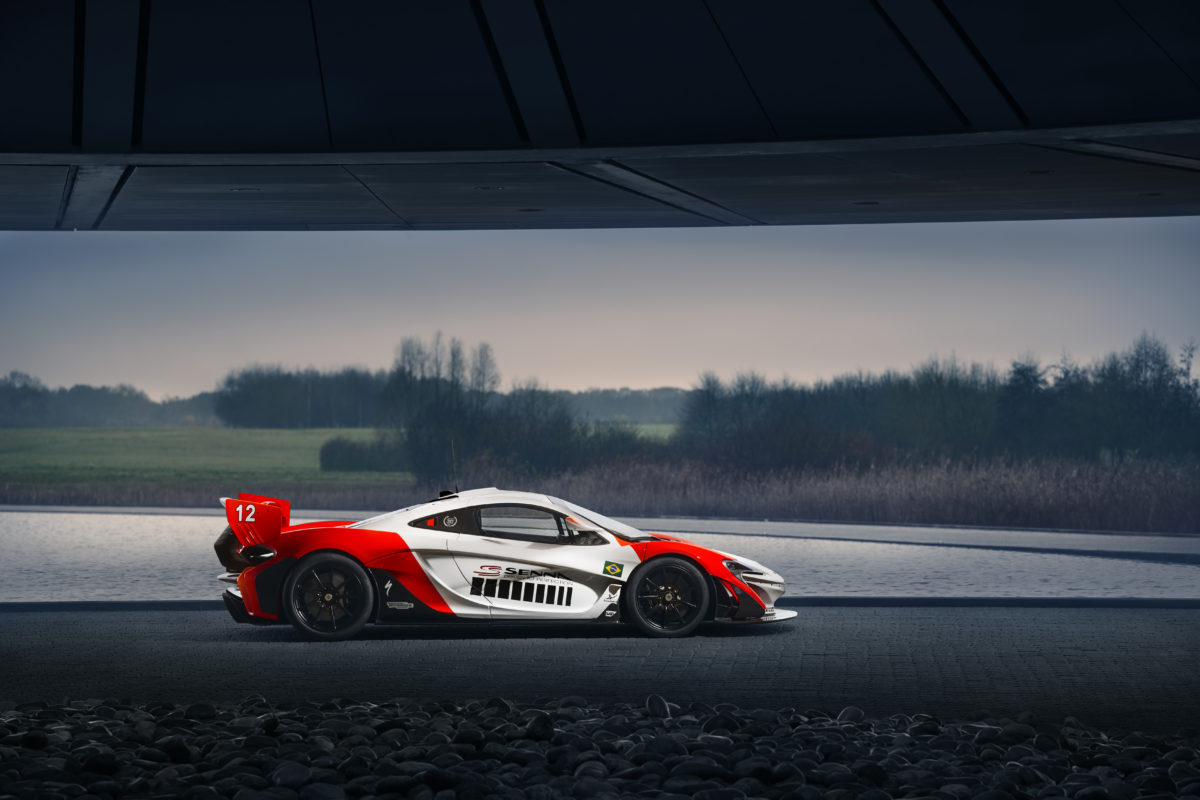 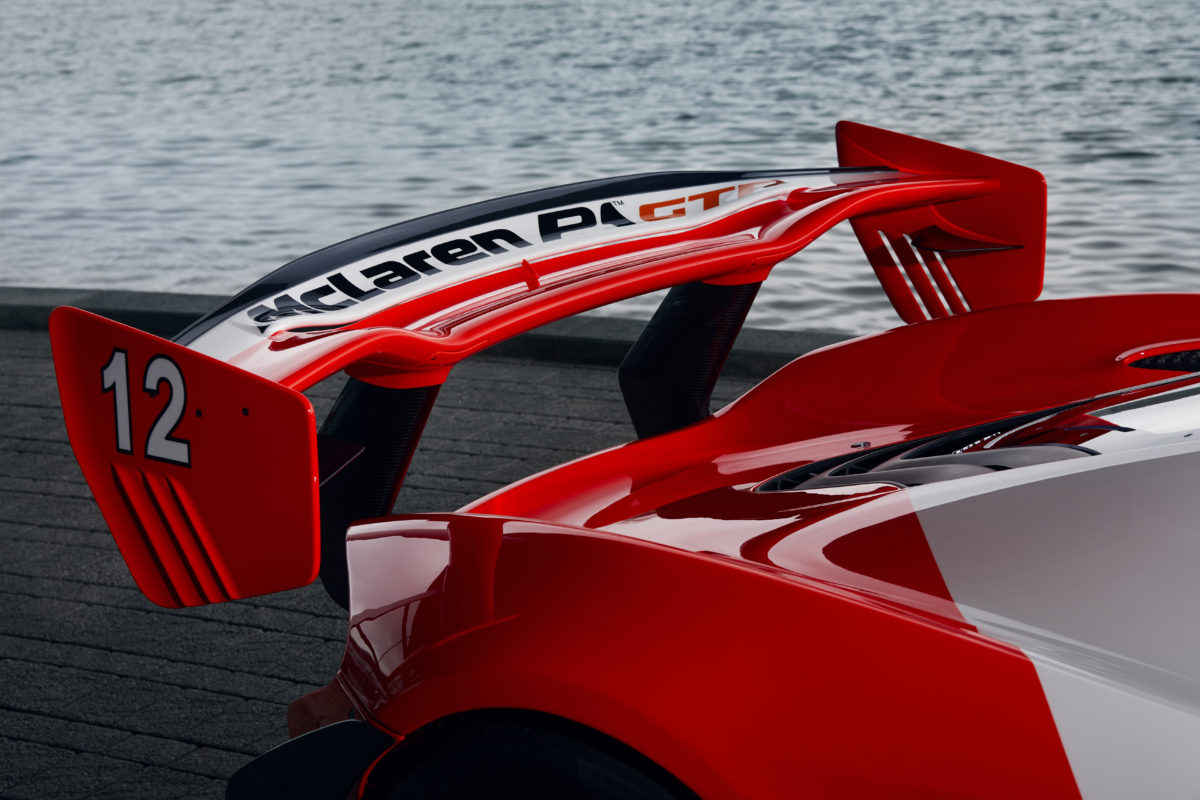 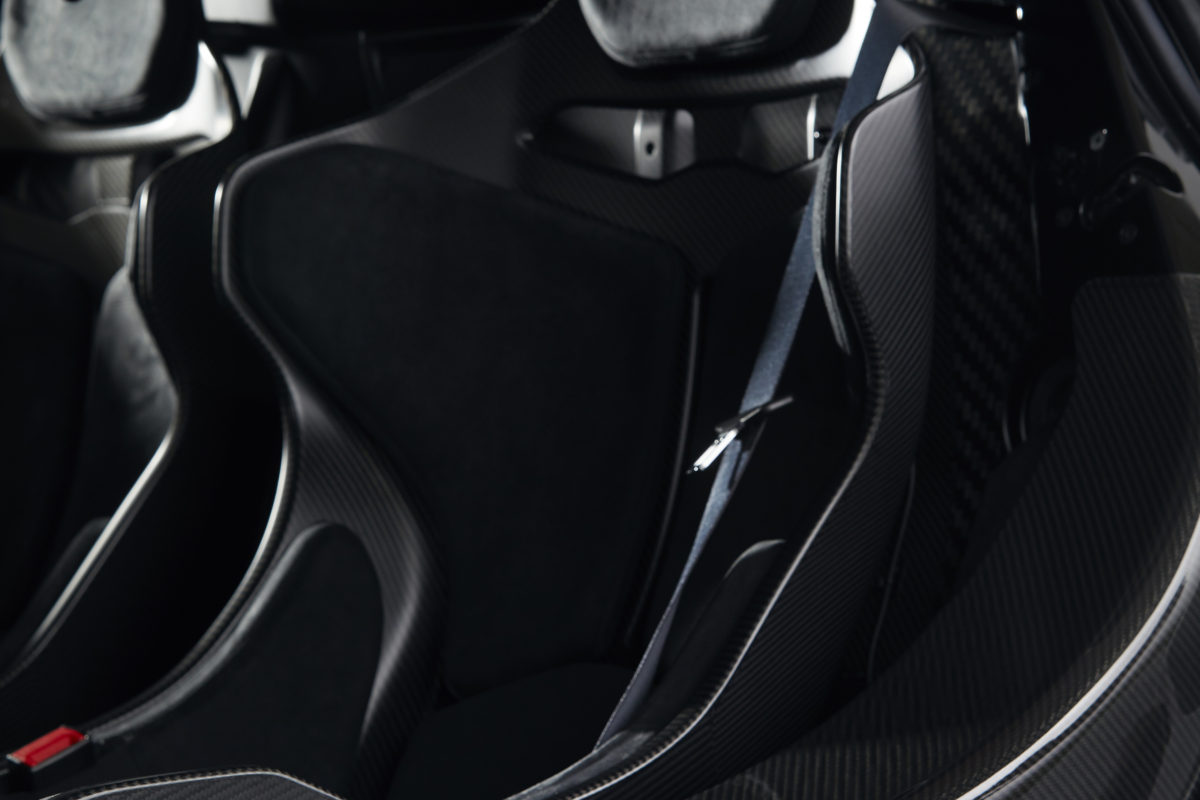 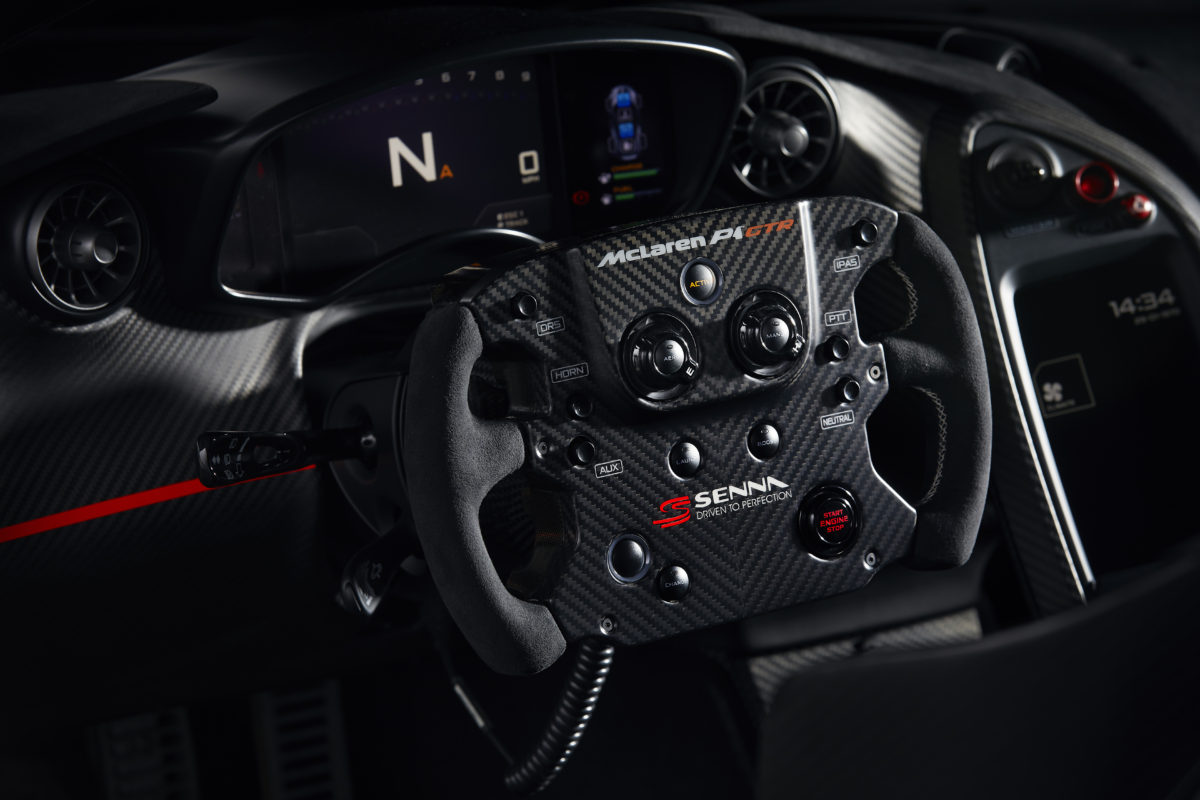 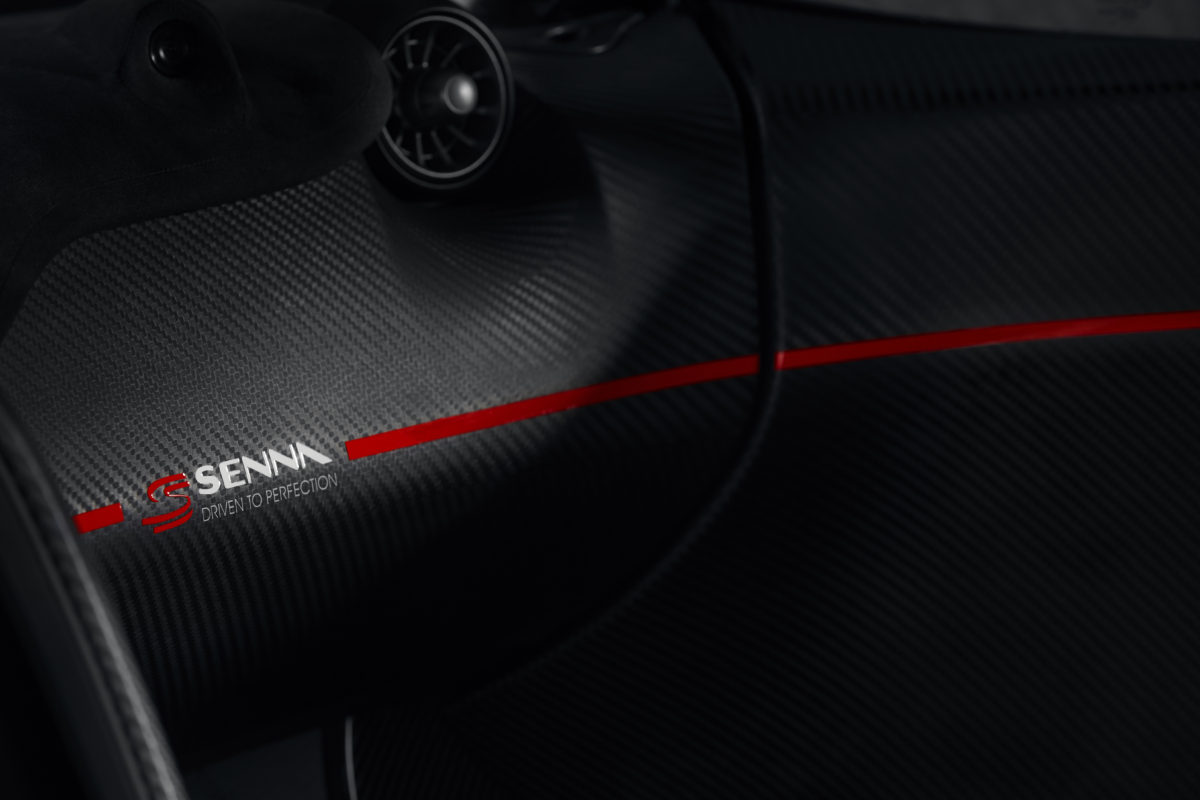 McLaren Special Operations (MSO) has completed a unique new McLaren P1 GTR bespoke project to mark the 30th anniversary of Ayrton Senna’s maiden Formula 1 World Championship. The striking McLaren P1 GTR is liveried in the iconic colours of then-sponsor Marlboro – synonymous with McLaren for more than 20 years – as they appeared on the MP4/4 that propelled him to the first of three F1 titles.

The car was commissioned by a McLaren collector who was inspired by Ayrton Senna from a young age and wanted to create a tribute that echoed the Brazilian’s trademark perfectionism. Working in close collaboration with the MSO team over the past three years the owner oversaw every detail of the project, resulting in a car worthy of Senna himself.

The core colours are the famous McLaren Rocket Red and Anniversary White that echo those of the Marlboro brand. Detailing includes the Senna Brand Trademark on the front splitter as well as in front of the air intake and each door, with the ‘Senna’ script and ‘Driven to Perfection’ slogan on the doors and intake. The doors also show the Brazilian flag and the bar code used in lieu of Marlboro script when required by advertising restrictions. More than 800 hours was spent on painting and other external points include Senna’s 1988 race number ‘12’ on the nose, bespoke 30th anniversary laurels behind the side windows and discreet branding acknowledging a range of McLaren technical partners past and present.

Christened ‘Beco’ by the owner – with the full blessing of the Senna family, in honour of the nickname given to Ayrton by his parents – this very special car has a unique engine specification complemented by a 24ct gold heatshield, Lexan rear cover and modified engine bay shrouds. Working in combination with the electric motor in the McLaren P1 GTR’s hybrid powertrain, the result is – according to the owner – a ‘suitably pleasing’ increase in power.

‘Beco’ has also undergone several external modifications to make the most of the increased performance of the internal combustion engine. Requiring a full aerodynamic programme, new aero features increase downforce to an extraordinary level, in the region of the 800kg. These additions include new front dive planes, a wider front splitter and at the rear a Gurney flap and new barge boards which better channel airflow along the sides of the car. The rear wing also features much bigger endplates than those on a standard McLaren P1 GTR wing – echoing the look of the MP4/4 wing. Additional downforce is generated by inboard secondary wing elements.

Beco’s owner will be in no doubt that they are sitting in something unique. Upon entry a reproduction of Senna’s signature can be seen on the carbon fibre chassis sill accompanying one of his quotes, which is sure to get any enthusiastic driver in the appropriate mood. The multi-function McLaren P1 GTR steering wheel has been trimmed in Alcantara with stitching colour-matched to the ‘wheel of the MP4/4. Alcantara has also been used for the facia cover panel. Senna branding on the steering wheel and passenger dash panel is accompanied with a thin red stripe running along the door panels and dash, whilst both driver and passenger sit on Super Lightweight Racing Seats developed for the McLaren Senna, contributing to a weight-reduction regime. MSO has also created a bespoke crash helmet to the customer’s commission, to complement the livery of the car.

“With a near-limitless range of bespoke additions available from McLaren Special Operations our clients are only restricted by their imagination and we can, of course, help with this too. It is, however, also great to have the opportunity to pay tribute to our brand’s wonderful history, especially with this year marking the 30th anniversary of Ayrton Senna’s first Formula 1 World Championship title with McLaren. This project has been a labour of love for MSO; with extensive engine and aerodynamic enhancements in addition to the distinctive cosmetic treatment this car has received, this is certainly a landmark achievement.”

Top 10 Racing Drivers of All Time