Autosport International will once again give fans the chance to meet and hear from a plethora of stars from some of motorsport’s most popular race series. At various points throughout the four days of the show, the drivers will be in attendance taking part in on-stage interviews, autograph sessions and meet and greets.

Norris, who became the youngest winner of the FIA Formula 3 European Championship in 2017, finished second in this year’s FIA Formula 2 Championship and also won the McLaren Autosport BRDC Young Driver Award in 2016. After continuing to make his mark as a test and reserve driver for McLaren over the past two seasons, he is stepping up to Formula 1 for 2019.

Sainz has joined McLaren for the 2019 season from Renault having also previously raced with Scuderia Toro Rosso. This will be Sainz’s fifth season in Formula 1, after joining the series in 2015 following his championship win in the Formula Renault 3.5 Series.

The former F1 driver was the first ever recipient of the McLaren Autosport BRDC Award for young drivers. In his F1 career he won 13 races, scored 535 points and finished as runner-up in the Drivers’ Championship in 2001 to Michael Schumacher.

All of the drivers, co-drivers and team principals from the teams competing in the 2019 WRC season will be at the show on Saturday for the official launch of this year’s championship. In addition, Hyundai Shell Mobis World Rally Team, Citroën Total Abu Dhabi World Rally Team and M-Sport World Rally Team will all reveal their new liveries to the crowds.

Chandhok has competed in Formula 1, Formula E, the FIA GT Series and Endurance racing including Le Mans 24 Hours. Continuing his career as a commentator and analyst, Chandhok will return to the Sky Sports F1 Team for the 2019 season.

BRDC British Rising Star and Double Amputee Racing Driver, who competed in British Formula 3 in 2018, claiming two pole positions and four podiums. Billy is back at the show after successfully performing in front of live audiences for the first time at the 2018 event.

Brabham took the outright victory at the Le Mans 24 Hours with Team Peugeot Total in 2009, following double GT1 titles with Aston Martin Racing in 2007 and 2008. In addition to becoming back-to-back American Le Mans Series Champion with Highcroft Racing in 2009 and 2010, he has also competed in F1.

A prominent advocate for equality in sport, Charlie is vying to become the first transgender competitor in Le Mans 24 Hours. With a background competing in European Hillclimb, she returned to the UK in 2018 to begin a full season of circuit racing in the Ginetta GT5 Challenge.

British racing driver, who has won multiple championships in both BSCC and BTCC. The racer and engineer also set up his own company – Andy Rouse Engineering.

Herbert competed in F1 for more than a decade in addition to winning the Le Mans 24 Hours in 1991 and the Le Mans series in 2004. He became an FIA Steward in 2011 before joining Sky Sports F1 as an analyst the following season.

The three-time BTCC Champion is a regular to the show who made the move to the FIA WTCR in 2018.

Reigning BTCC Champion, Colin Turkington, will be attending the show alongside fellow champions Andrew Jordan, Ash Sutton and Matt Neal. They will be joined by Matt Simpson and Tom Ingram.

The five-time champion of the V8 Supercar Championship Series is now a commentator and presenter for Fox Sport Australia’s coverage of the sport.

Tickets are on sale now for the established motorsport season starter, which will pack in more exhibitors, stars and cars than ever before. Make sure you get yours today, head over to www.autosportinternational.com. 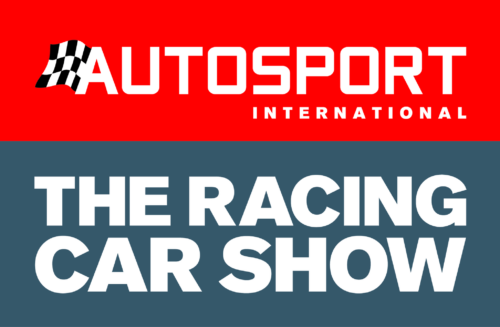 Autosport International 2019 will Celebrate the Evolution of Racing