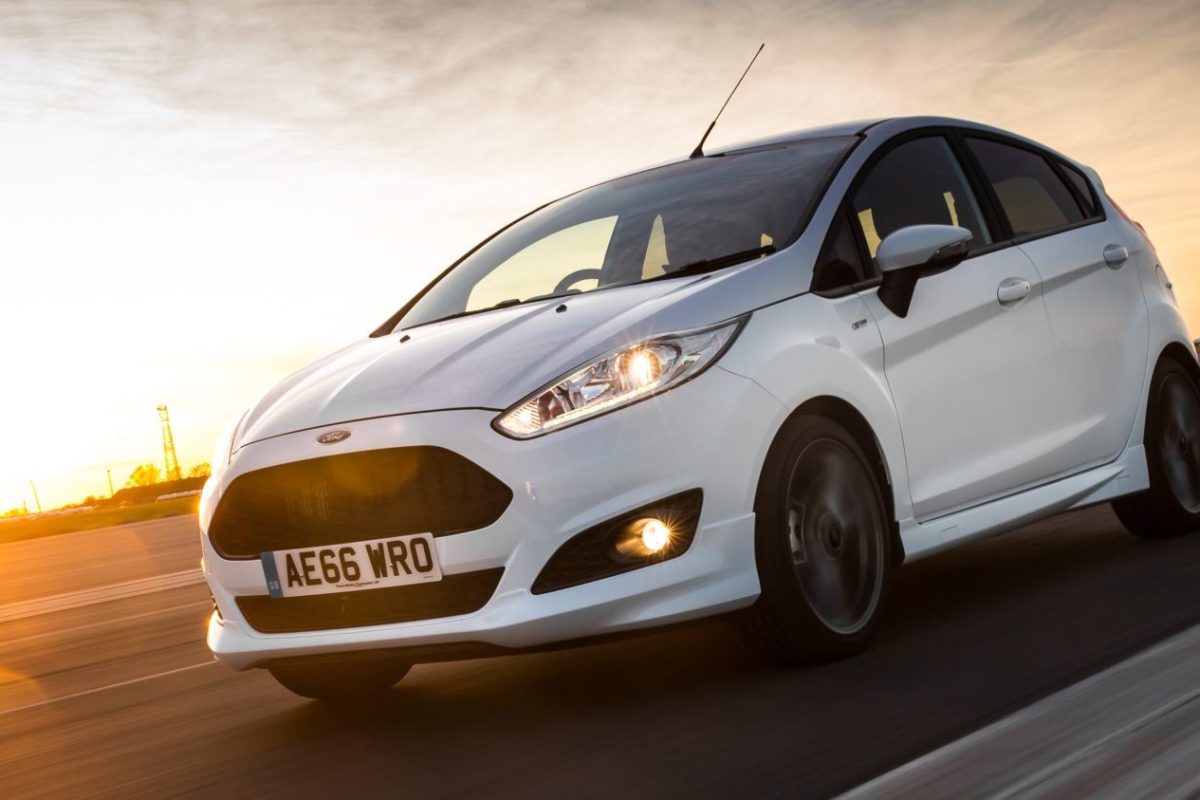 If you’re a young driver or perhaps an older driver looking for a sensible hatchback with performance on tap, the Ford Fiesta 1.0T 140 is an excellent all-rounder. It recently won the What Car? Best Hot Hatch Less Than £20,000 Award in a segment where there are some great players, such as the Suzuki Swift Sport and Ibiza FR 1.5 TSI EVO.

In many ways, the Fiesta 1.0T 140 can be thought of as a spiritual successor to the Fiesta XR2 of the 80s. The XR2 had a small engine too (1.6L) and a sporty body kit. But it was always a ‘warm hatch’ – more of a tikka masala than a vindaloo.

The Fiesta 1.0T 140 offers the same formula for the modern driver: spritely performance, good looks and lower running costs than a full-fat hot hatch like the Fiesta ST.

But make no mistake, other than being down 60 PS, this ST-Line holds its own against the bigger, badder ST. It’s just as fun to drive 90% of the time.

Okay, so there’s no Quaife limited-slip differential like you get with the Fiesta ST but this is a milder version of it after all. What you get instead are a sport tuned suspension, figure-hugging sports seats and a leather flat-bottomed steering wheel.

We would argue these are the things that make a car sporty because you feel them. You interact with them on every drive, and in the Fiesta ST-Line, they combine to create a truly immersive and enjoyable driving experience.

For example, in a normal supermini if you turned into a roundabout a few mph faster than you should you’d find the nose running wide, your hands frantically turning the steering wheel and your torso being ripped from its seat. In the ST-Line, you make it round without a hitch. This is a hatchback equipped for bends and turns.

The engine’s a peach too. The 1.0 EcoBoost engine has 140PS (138bhp) and 133 lb-ft of torque, which is roughly double the figure you get from an engine with the same capacity without a turbocharger. Power is sent to the front wheels through a precise 6-speed manual transmission for a 0-62mph time of 9.0 seconds dead.

Not a great 0-62 time for sure. But, because the Fiesta is so light, and the gearing so flexible, it feels much quicker than that time suggests.

What does that mean in the real-world? The turbocharger comes on full boost at 1,400rpm and because the gearing is nice and short, you’re nearly always on boost. That first and second gearing is so short this little Fiesta will get from 0 to 32mph in around three seconds, which is plenty quick enough for the traffic light grand prix.

When you weigh those up, it’s clear the ST-Line is a much more affordable beast to run. And should you partake, you won’t be disappointed by the drive.

Ford vs Ferrari. The love, then the rivalry…