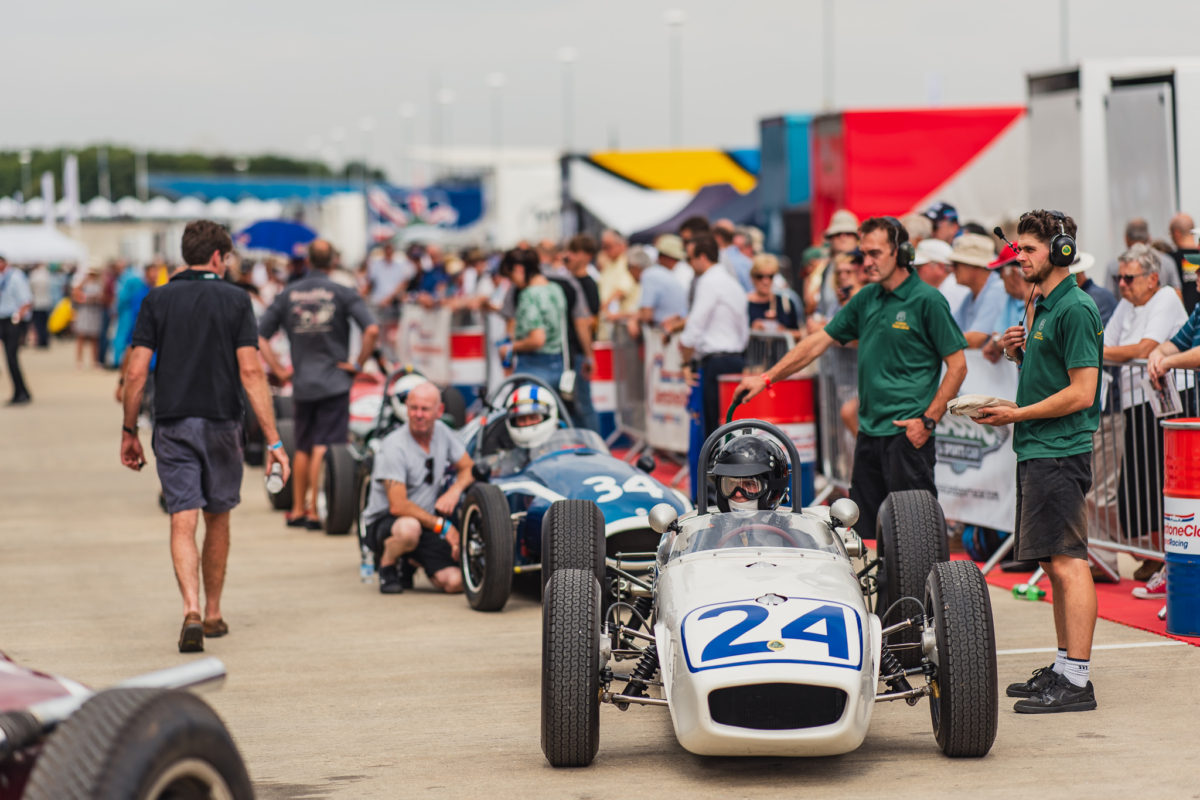 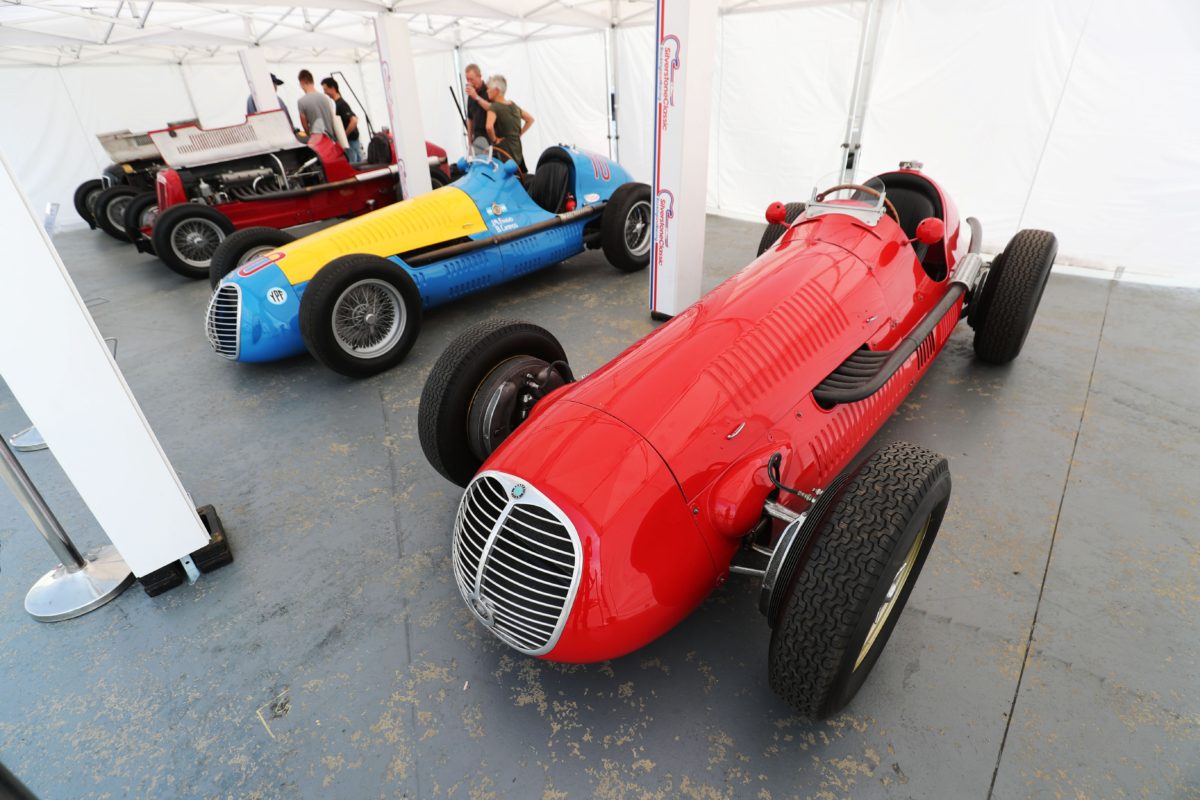 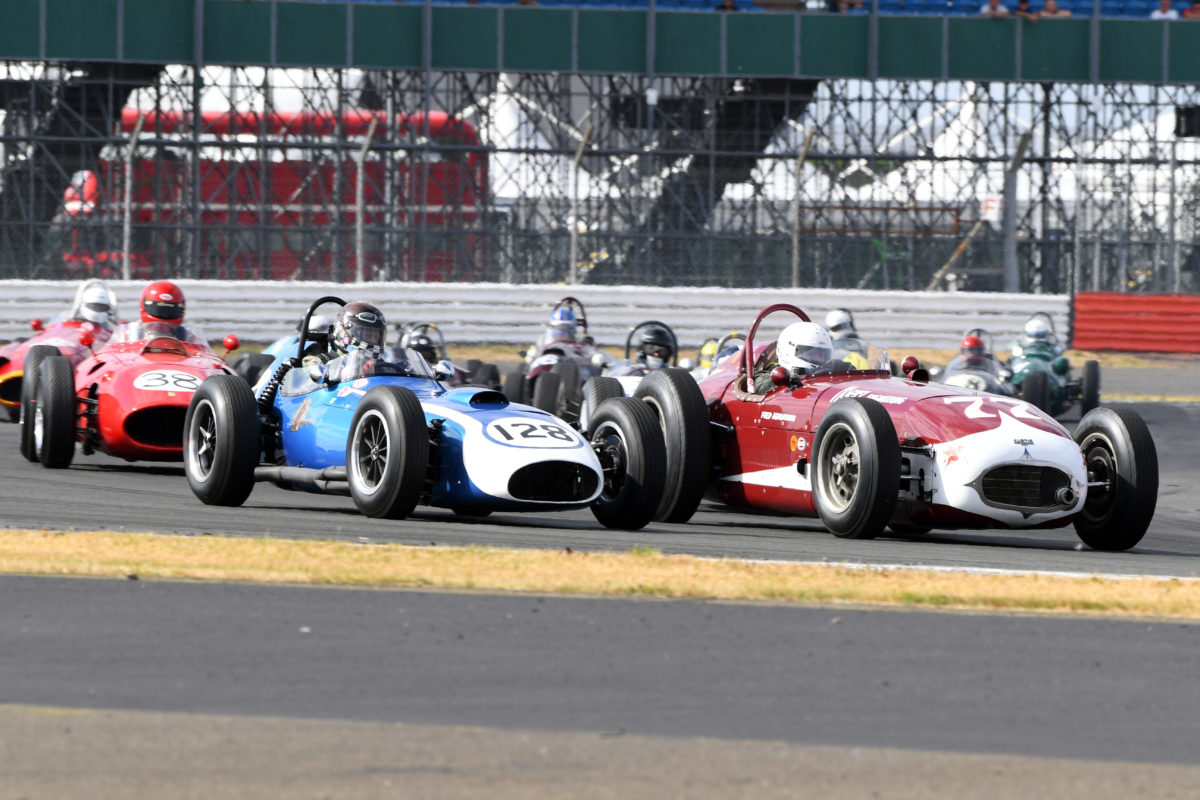 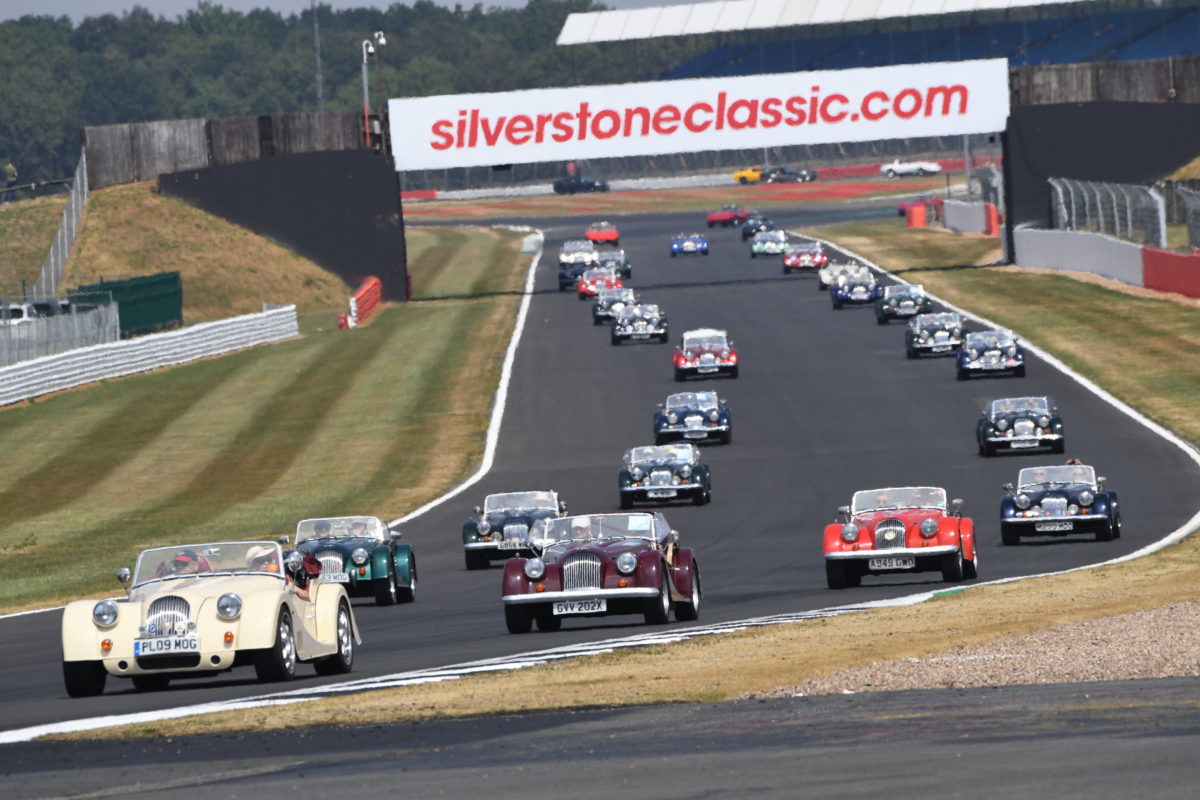 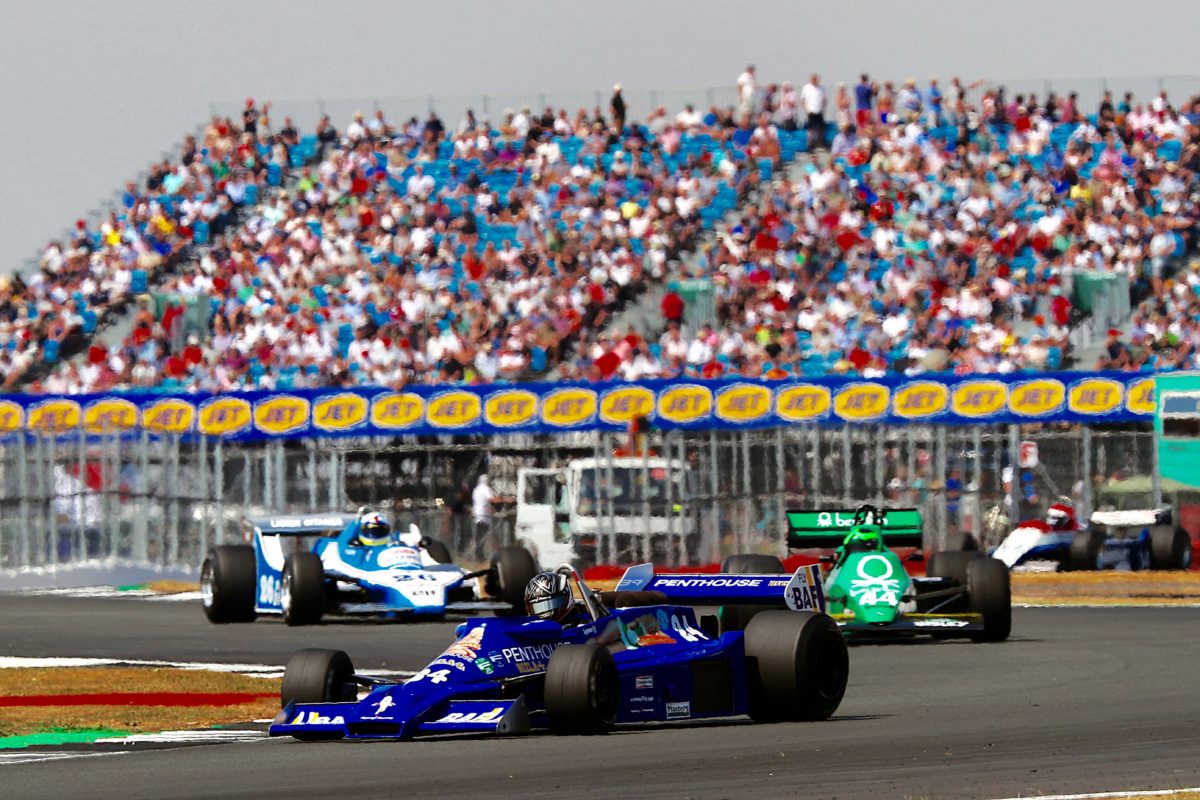 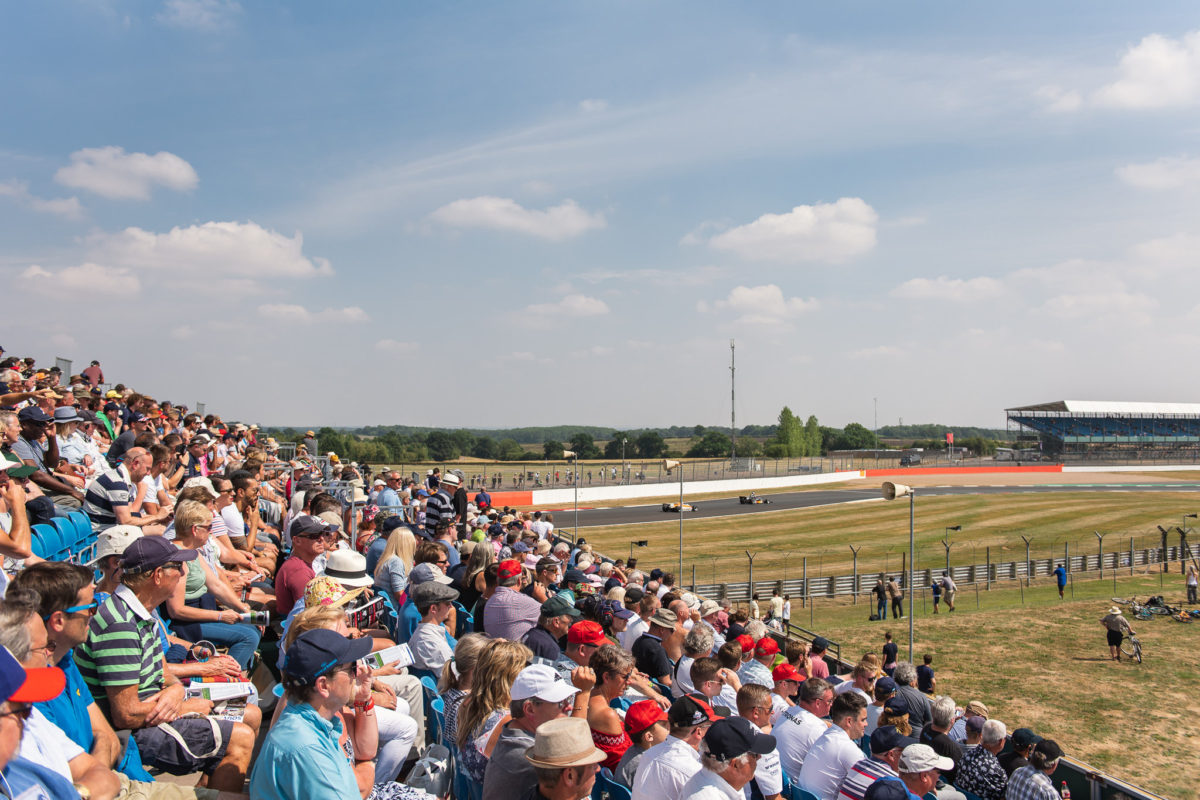 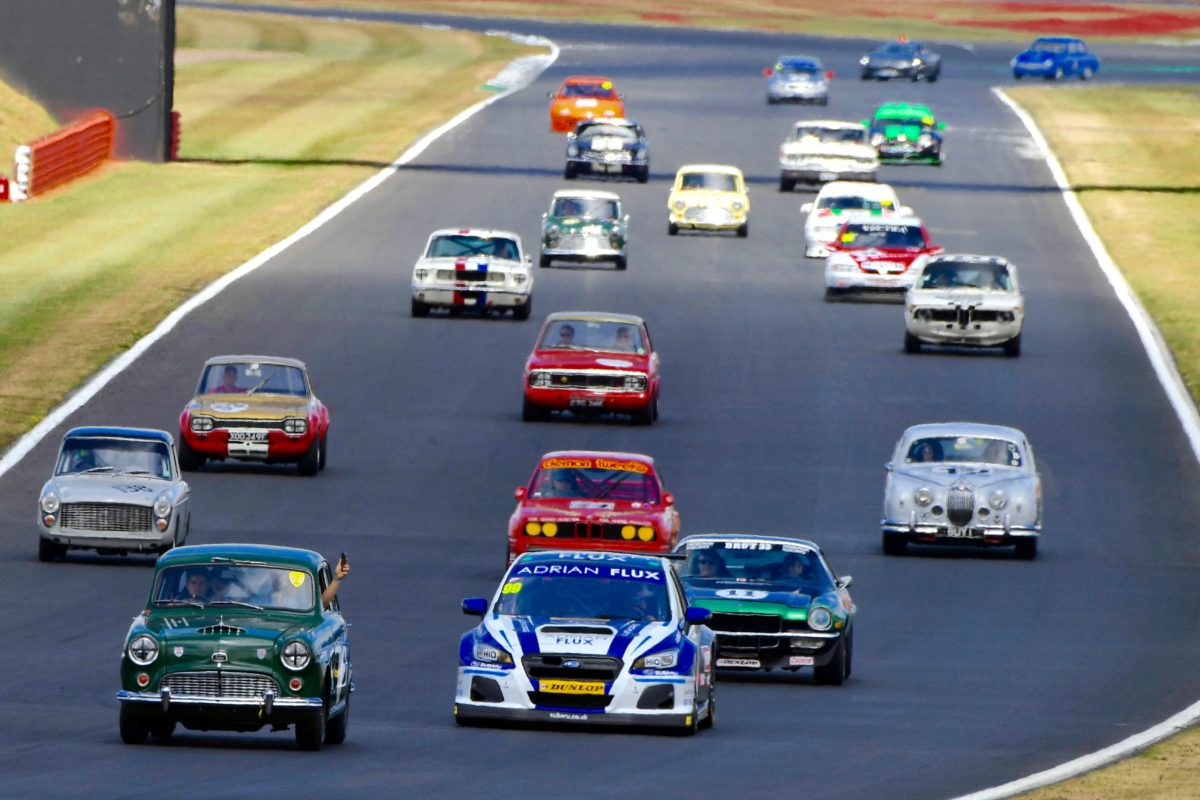 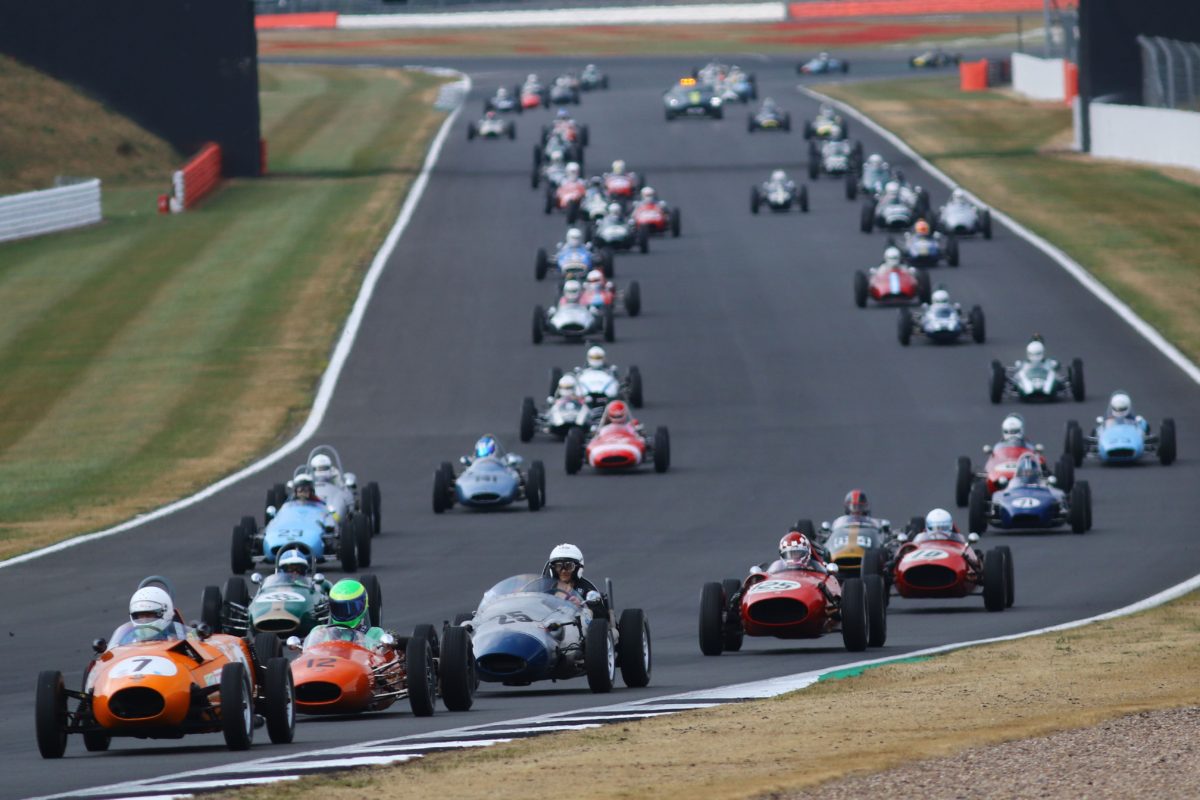 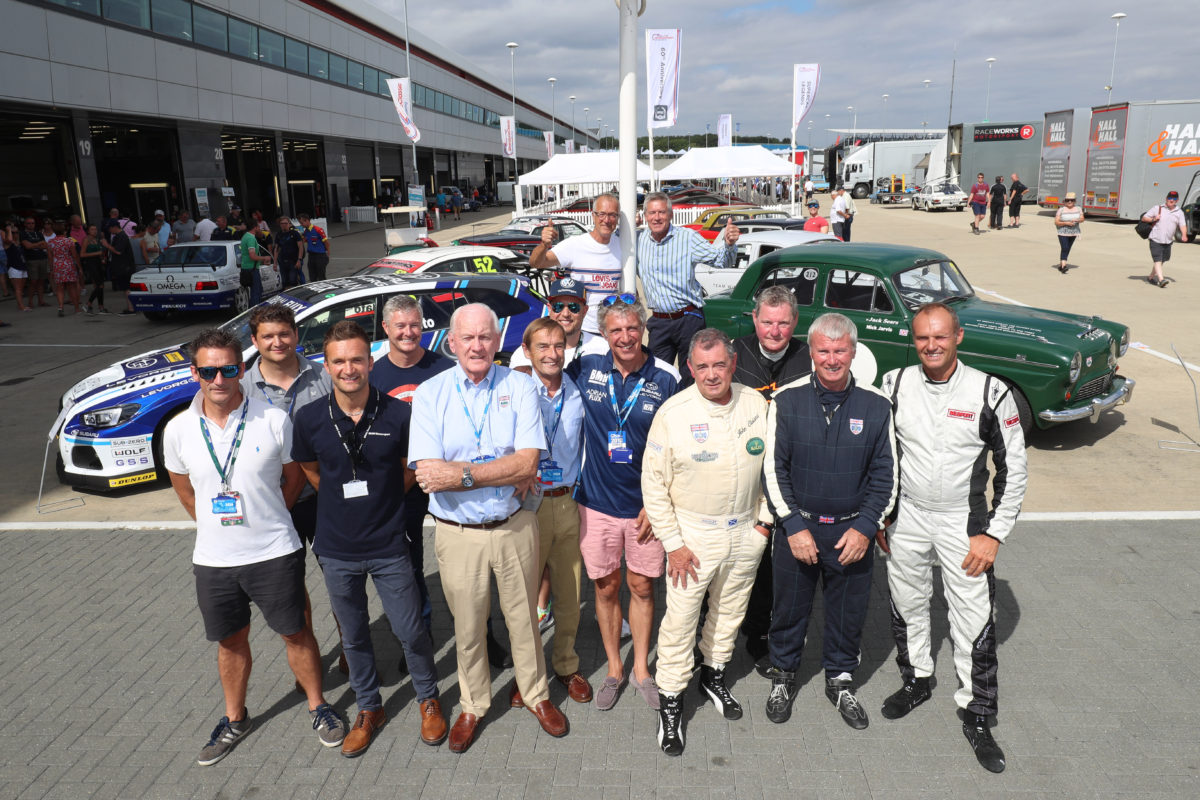 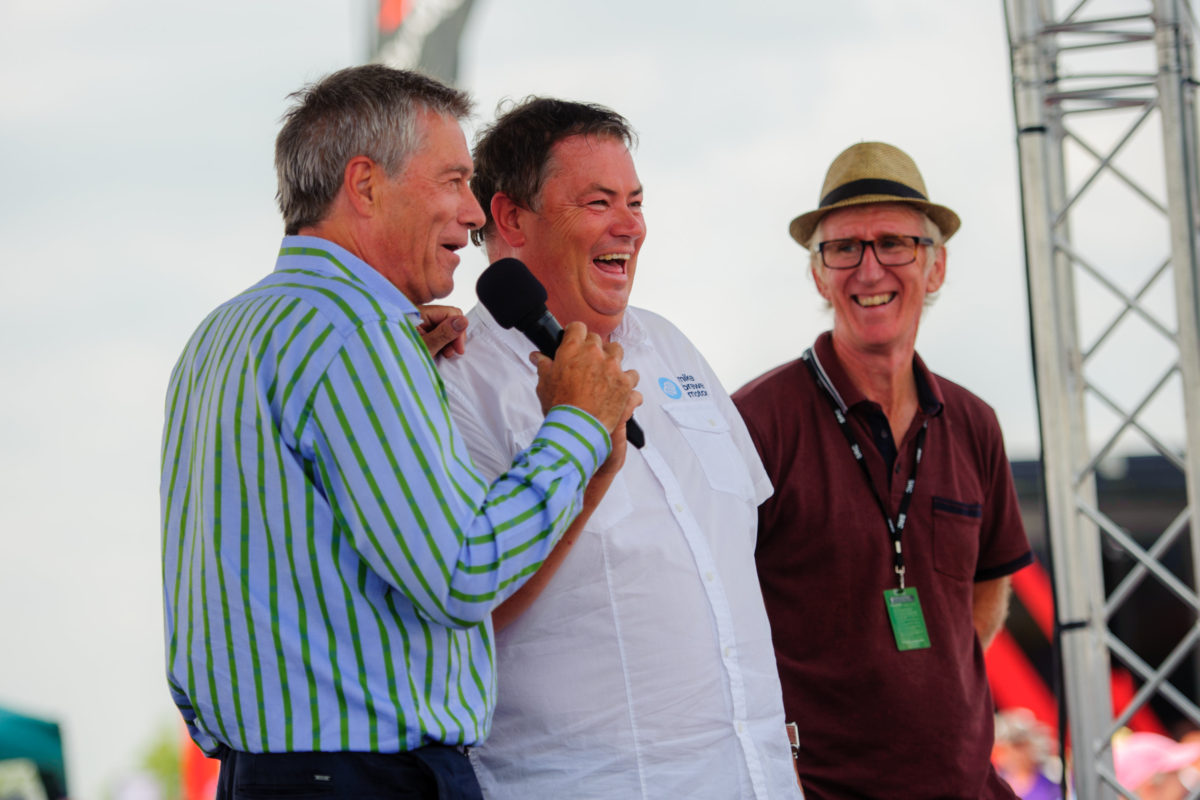 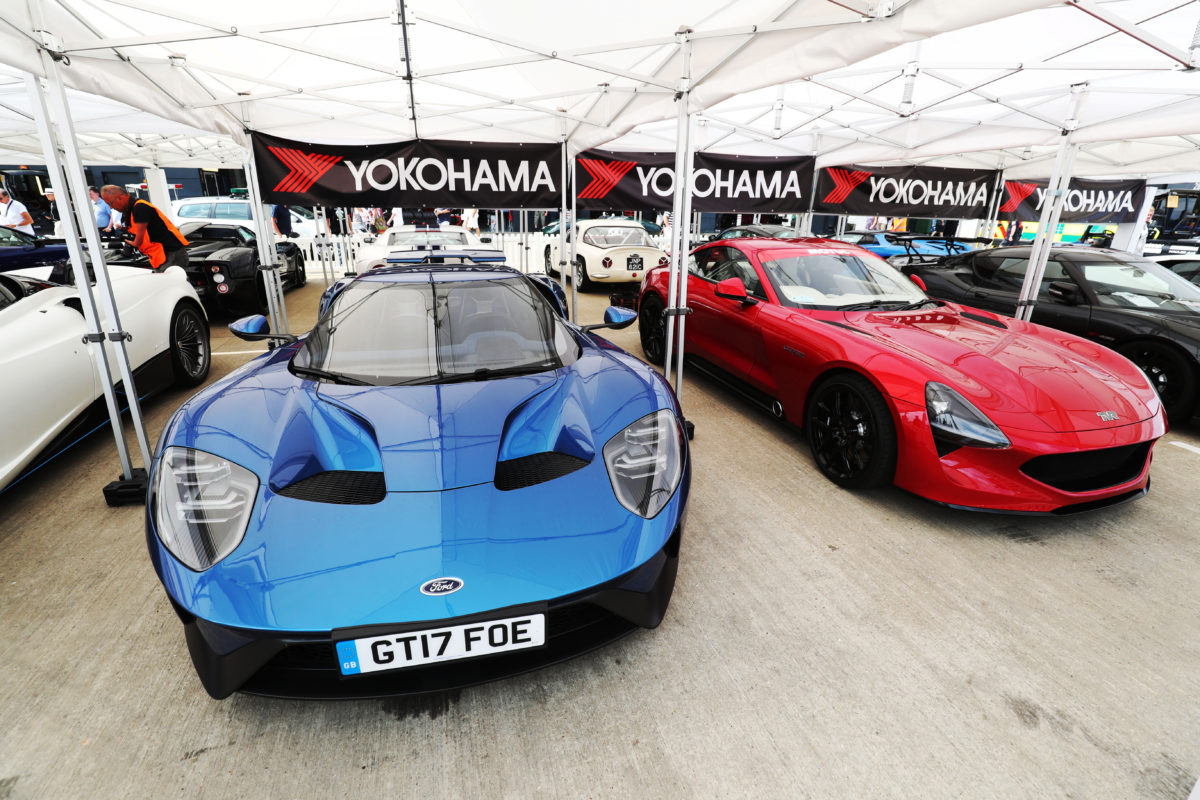 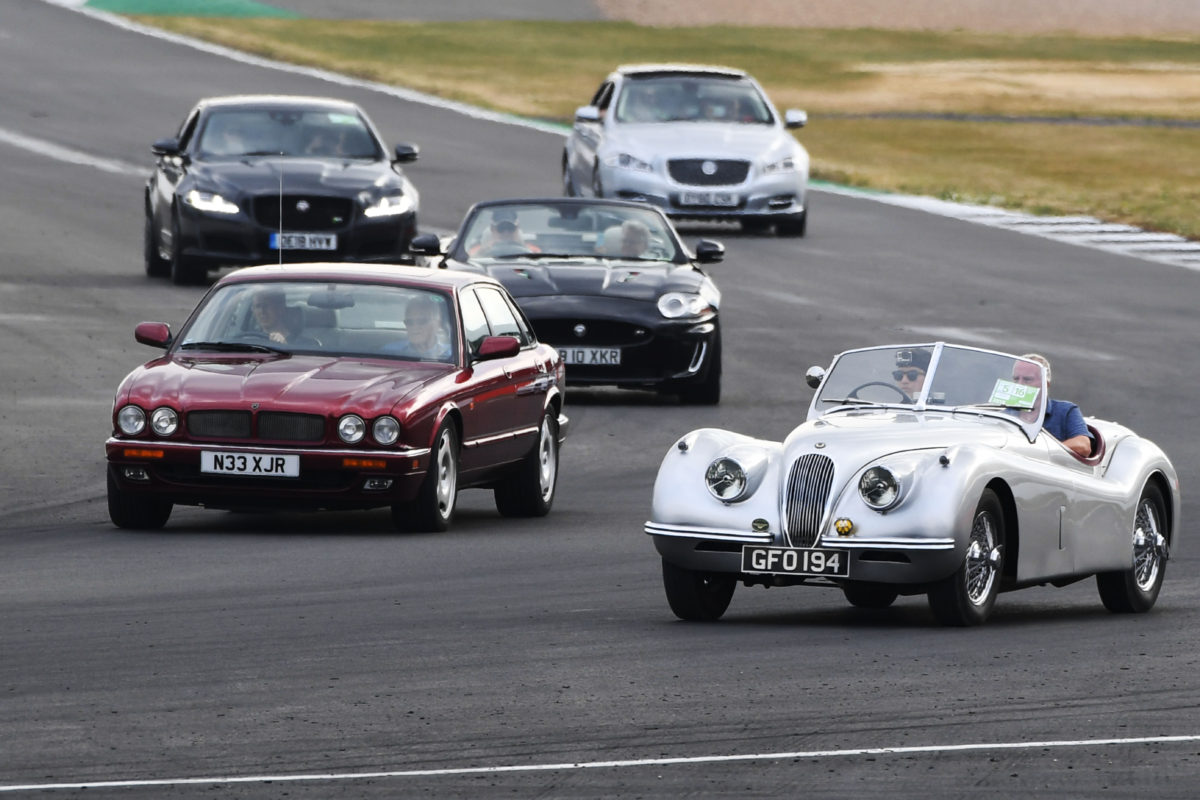 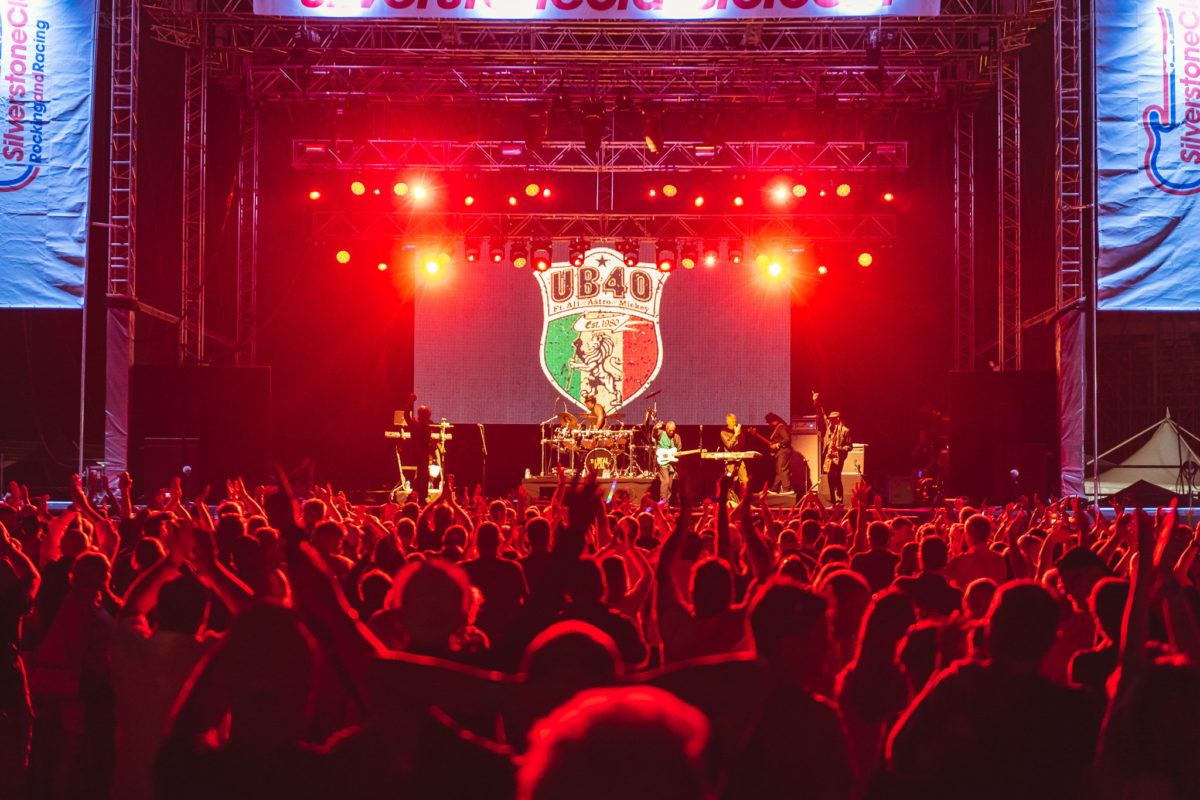 Last weekend’s Silverstone Classic has been universally hailed as another massive success by the 100,000 visitors, competitors, performers, grid organisers, exhibitors, car clubs, and media, who savoured three extraordinary days of epic entertainment at the home of British motor sport.

For the fourth year in succession the world’s biggest classic motor racing festival attracted a six figure attendance drawn by a magical mix of unrivaled retro racing grids, glittering automotive anniversaries plus a feast of fun-fuelled attractions for all the family.

The spectacular on-track action featured more than a 1,000 entries spanning eight decades of much-loved motor sport history. This year’s packed 21-race programme again delivered huge grids – often totaling in excess of 50 cars – of Formula One, GT, sports and touring cars from what many today regard as the golden eras of yesteryear.

With the world famous Northamptonshire circuit celebrating the 70th anniversary of its very first Grand Prix staged back in 1948, the sun-drenched weekend’s four spectacular showdowns for illustrious F1 cars were of extra significance. Adding to those celebrations, a special display showcased eight great GP cars that had raced on the original runways at Silverstone including a trio of very distinguished ERAs plus a pair of marvelous Maseratis as raced in period by the first two F1 World Champions: Giuseppe ‘Nino’ Farina and Juan Manuel Fangio.

At the other end of the single-seater spectrum – and marking the pinnacle to an incredible three-year Diamond Jubilee World Tour – was a record turn-out of diminutive Formula Juniors… so many in fact that they were split into two capacity 54-car grids.

First introduced in 1958 as an affordable stepping-stone for young drivers with their sights set on Formula 1, Formula Junior was a massive global success. Not only did it produce four World Champions – Jim Clark OBE, John Surtees CBE, Denny Hulme OBE and Jochen Rindt – to whom the Silverstone races were dedicated but also motivating a wealth of budding young engineers and designers all inspired by the clever regulations to build their own distinctive racers.

Underlining the wealth of talent which the formula attracted, no fewer than 32 different makes of Formula Junior car took to the circuit on Saturday afternoon for a very special Diamond Jubilee track parade. The current crop of drivers is pretty talented, too: Cameron Jackson winning the overall ‘Motor Sport Driver of the Weekend’ for his stirring fight-back to finish second from 50th on the starting grid after his 1962 Brabham BT2 suffered a broken throttle cable in qualifying.

Visitors on Tin Top Sunday were also treated to a dazzling BTCC 60 Year Anniversary Parade fronted by the series’ most successful driver Jason Plato driving last year’s title winning Subaru Levorg. Bookending history, Plato was joined at the fore by an Austin Westminster A105 as driven by Jack Sears to the inaugural title back in 1958.

Other notable cars in the huge cavalcade included Doc Shepherd’s title winning Austin A40 from 1960, Frank Gardner’s title winning Escort from 1968, the iconic 1994 Volvo 850 Estate with its original driver Rydell at the helm plus multiple race-winner Stuart Graham back behind the wheel of an iconic Faberge liveried Camaro from the BTCC’s heavy metal era.

With so many notable past and present BTCC drivers attending the Classic, a special commemorative photo was organised. Between them, those assembled had amassed more than 250 race wins and no fewer than eight BTCC titles: John Fitzpatrick (1966), John Cleland (1989 and 1995), Rickard Rydell (1998) Jason Plato (2001 and 2010), Colin Turkington (2009 and 2014). Other tin-top legends present included Stuart Graham, Jeff Allam, Patrick Watts, Tiff Needell, Steve Soper and 2012 World Touring Car Champion Rob Huff.

While the unrivalled roster of superlative retro races remains at the heart of the Silverstone Classic, as ever the track action was perfectly complemented by an amazing line-up of off-track entertainment.

Over three richly colourful days on the infield, more than 110 hugely enthusiastic car clubs were out in force displaying a glittering array totalling more than 10,000 classic road cars. Many of these clubs were also celebrating marque and model anniversaries with special track parades of their own. Notable among these was the Morgan Owners Club marking the 50th birthday of the iconic Plus 8 and a troupe of Jaguar clubs honouring 70 years of the seminal XK120 sportscar as well as 50 years of XJ models.

World record holder Terry Grant brought his jaw-dropping stunt show to the Classic for the very first time while younger visitors were given the chance not only to polish their pre-season football talents at the Yokohama Chelsea Skills Zone but also (if aged 10 and over) to whet their motoring appetites by driving a dual-controlled Vauxhall Corsa with Young Driver.

Another amazing new attraction was a dazzling display of Supercar Legends presented by Yokohama, based right at the heart of Silverstone’s International Paddock. In keeping with the event’s reflective character, it showcased not only some of the world’s latest speedsters from hallowed hyper brands such as Aston Martin, Koenigsegg, Pagani and TVR but also an iconic forebear thus highlighting the enviable heritage of participating brands.

“From all angles, it was another absolutely cracking Silverstone Classic,” effused Nick Wigley, Event Director. “Whether it’s the gushing approvals I’ve had in person or via reading the numerous posts on social media, the positive feedback from all involved has been absolutely incredible. Praise, of course, is always wonderful to receive but, more importantly, it drives our passion to deliver an even bigger and better Silverstone Classic next summer.”

For those with a 2019 diary, the provisional date for next year’s Silverstone Classic is 26-28 July. In meantime, television viewers can catch highlights on ITV4 immediately after the live BTCC coverage on Sunday 12 August.