Biennially, two weeks before Formula One arrives in the Principality, the Automobile Club du Monaco stages the Grand Prix Historique, undoubtedly one of the most prestigious historic events on the European calendar.

With a record entry of more than 200 cars and 40,000 spectators, such has become the popularity and accessibility of the event, that for the 11eme Historique….free practice and qualifying took place on both Friday and Saturday, with racing on Sunday, supported by three collector’s car auctions:

Headline sponsor Chopard, in partnership with the Porsche Museum, provided a 1960 718, 1962 Type 804, 1969 911 and 1973 936 for weekend lunchtime demonstrations, by six time Le Mans winner Jacky Ickx and his daughter Vanina….supported by marque ambassadors, Derek Bell and Vic Elford. The shrill of the 804’s flat eight-cylinder air cooled engine created much pit-lane attention, alongside members of the Automobile Club du Monaco’s car display, where an immaculate Ferrari 250SWB and Daytona coupe caught my eye.

Much has been written about the on-track action elsewhere, here were my highlights:

– Jumped starts from Julian Bronson (Scarab F1) and Nick Padmore (Lotus 16) in Serie B, resulted in drive-through penalties for both.. and repeat, back-to-back victories by six seconds, for Scotsman Tony Wood (TecMec Maserati); whilst the record crowd enjoyed the harbour-side sun and Dr Klaus Lehr’s superb car control aboard his 1948 Talbot Lago T26C.

– Chris Ward drove a peerless race in Derek Hood’s Cooper Jaguar to secure a rain-soaked Serie C, for pre-’52 sports-cars, as organisers deserve much praise, for securing a fantastic entry of multiple Maserati A6GCS and 300S.

– Serie D looked set to provide possibly the weekend’s only Ferrari win, as Joe Colassaco (racing Fratelli Auriana’s 1512), chased multiple UK saloon car champion, Andy Middlehurst aboard Classic Team Lotus’s 24 hard….sadly it was not to be and after a race-long dice, the latter too achieved back-to-back wins, by a scant 0.6 secs.

The Grand Prix Historique routinely marks the start of a hectic six weeks in Northern Europe, most especially in Italy.  With the recent completion of the Mille Miglia retrospective and prestigious Concorso D’Eleganza Villa D’Este, the collectors car season is now in top gear, heading towards Modena for the annual Cento Ore and to Bassano del Grappa in the stunning Veneto region, for La Leggenda.  Just enough time to post this, pack some more Euro’s and seek out some Ferrari V12 parts on the way…see you there!! 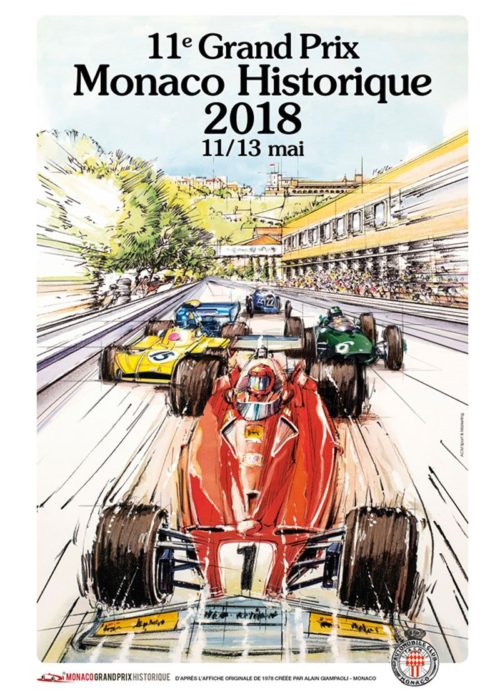