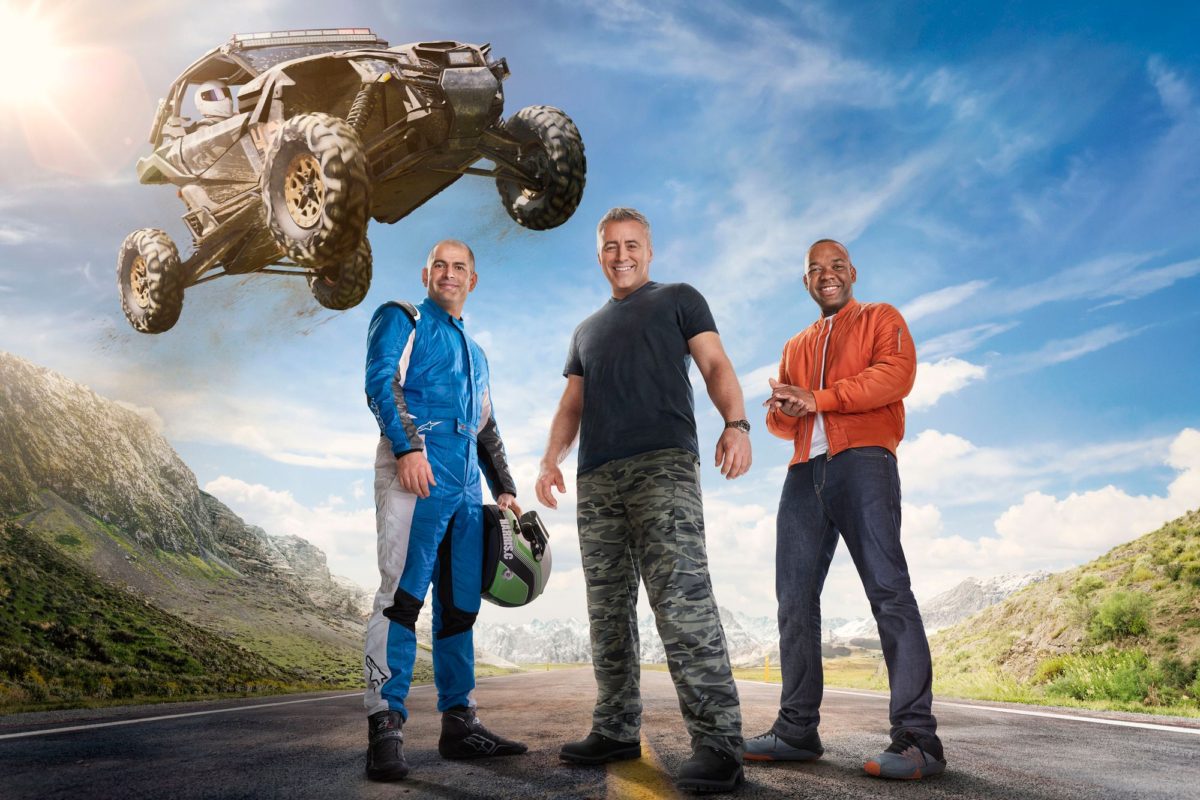 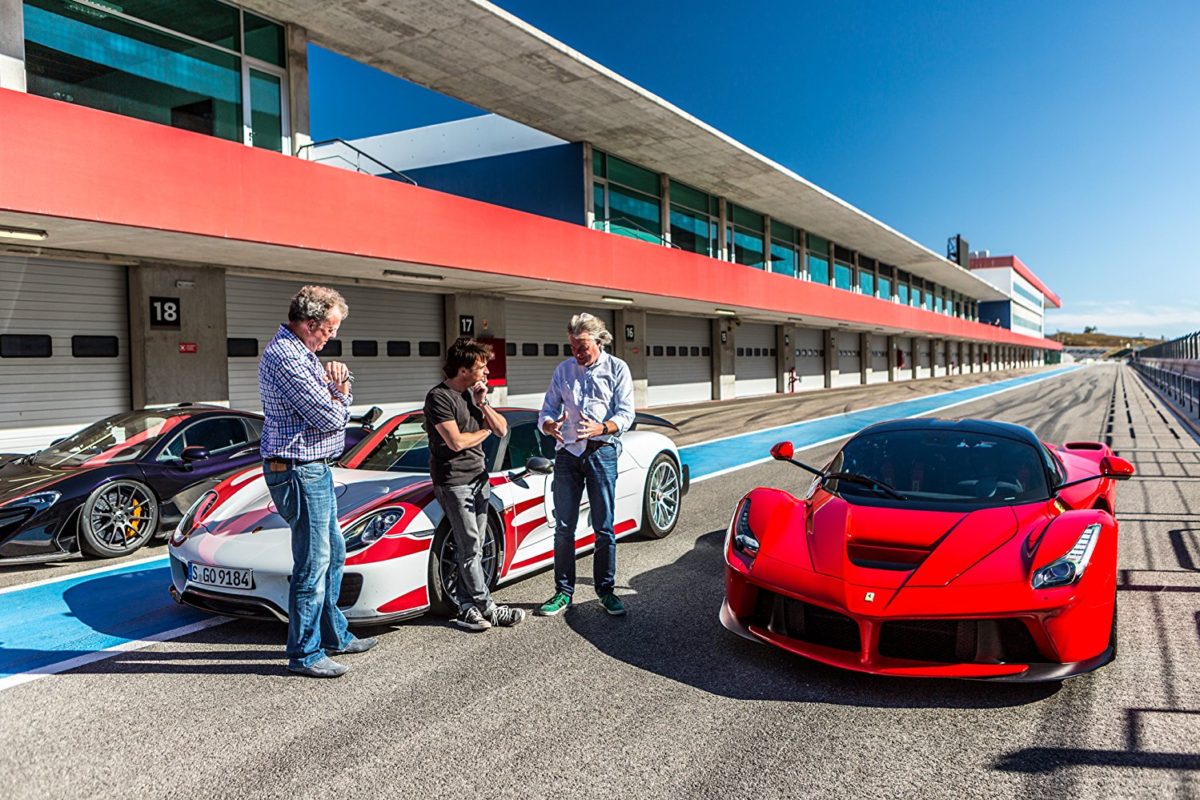 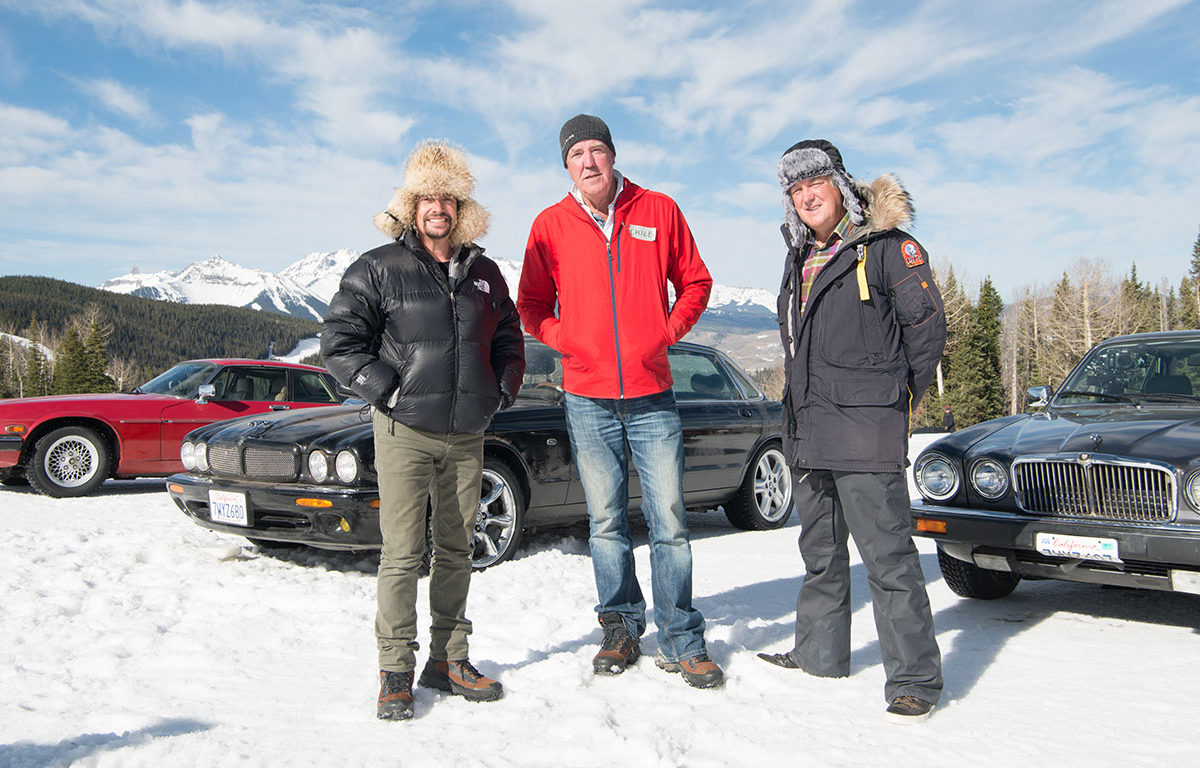 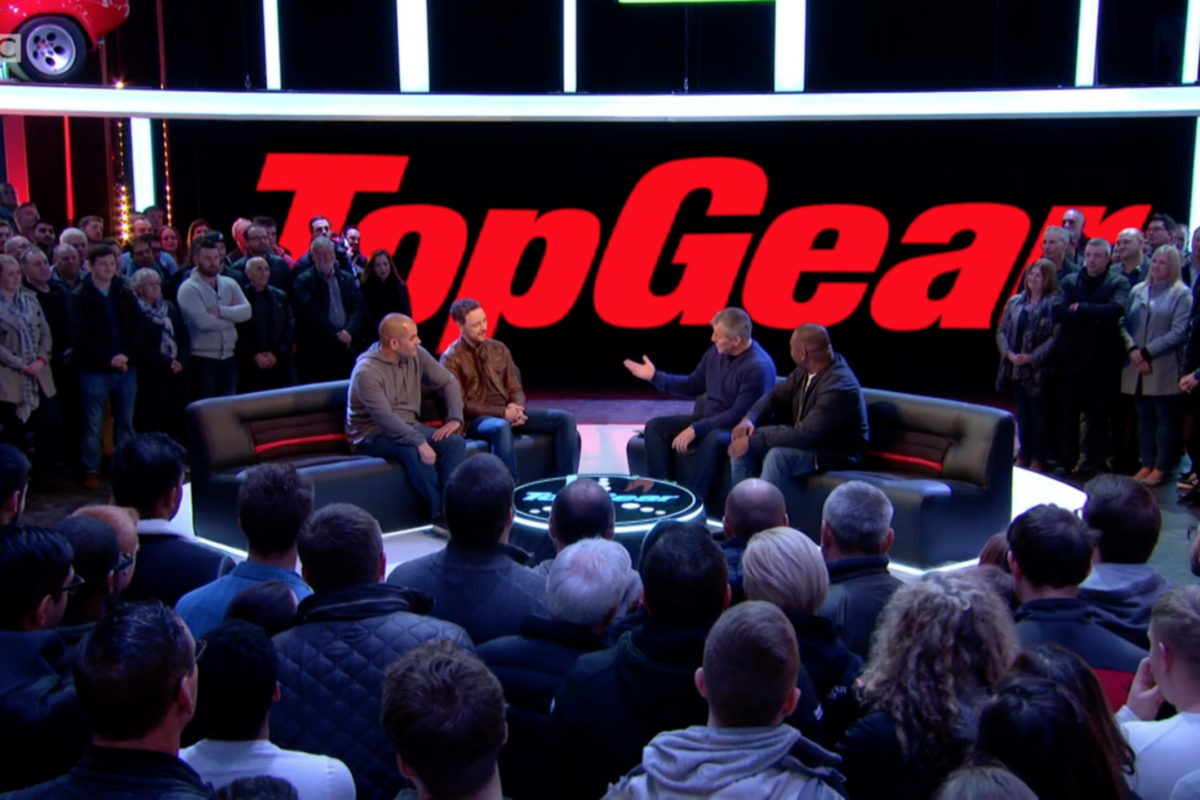 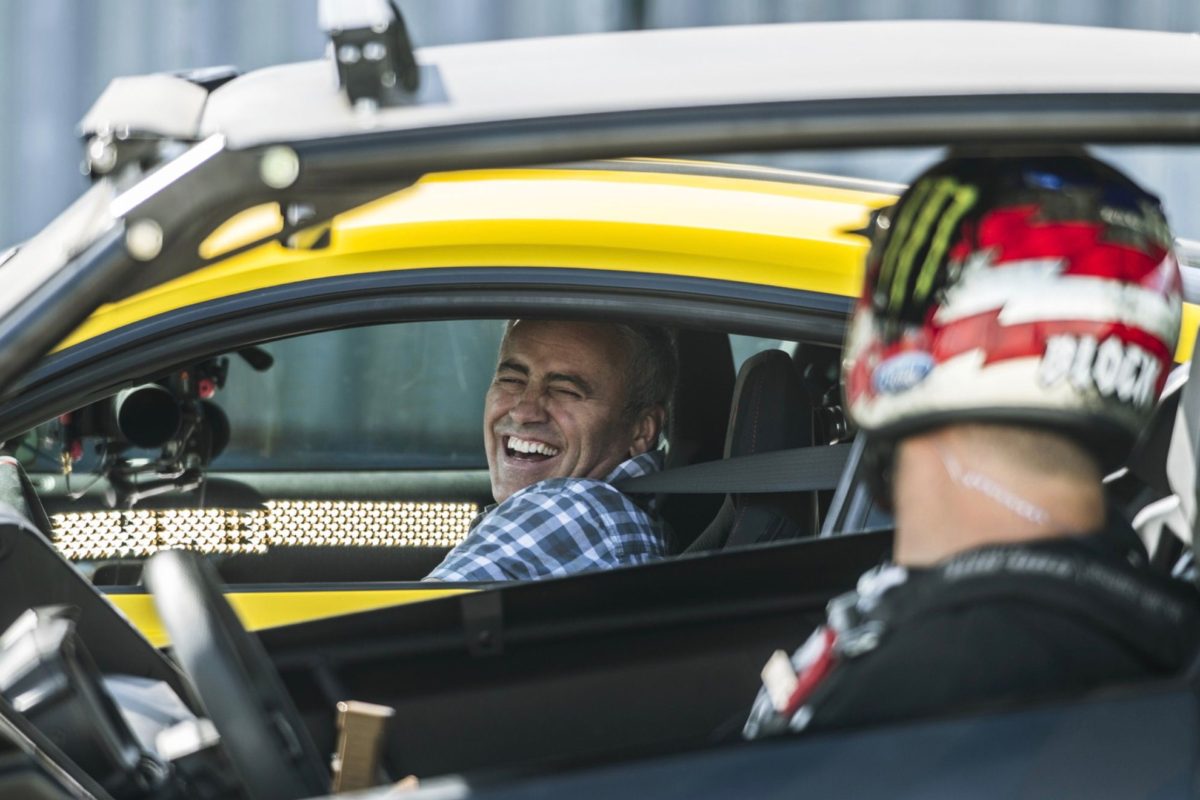 I’m sure we all have our own opinions on both shows, so I thought I’d jot down my thoughts and we’d love to hear yours.

Top Gear with Clarkson, May and Hammond in my opinion was a show deteriorating in it’s latter years.  It had become less about cars, more about them and was now just an entertainment show, not a car show.  I watched it still, but you did not learn much about the cars as you do with Fifth Gear.  So after Clarkson’s punch and handbags (which was bang out of order by the way) I was keen to see what would happen.  It was not a surprise to see May and Hammond bail the BBC Top Gear and go with Clarkson.  Could either of them have survived for long on their own?  Let’s be frank Clarkson was Top Gear, he’s the main man, and still remains so on The Grand Tour, or Gear Top as I call it (as let’s be frank its roughly the same).

The Grand Tour has evolved a little from the old Top Gear, it looks just like a bigger budget, but the same old same old.  In series 1 they really tried pushing the boat out and travelled the world, yet in Series 2 it seems they’ve had enough of that and gone back to type (one venue, so why “the grand tour”, more like “no tour”), which is why I think much more innovation and change is needed.  The Grand Tour team have not been very brave with changing a formula which obviously works.  I do watch it, but I’d much prefer if they got rid of one of the hosts and freshened it up with a new host, younger, more relevant to the younger generation, someone that is funnier or just more “down with the kids”.  Those three old men are just three mates mucking about.  Great for them, but tiring for us after years of the same stuff. 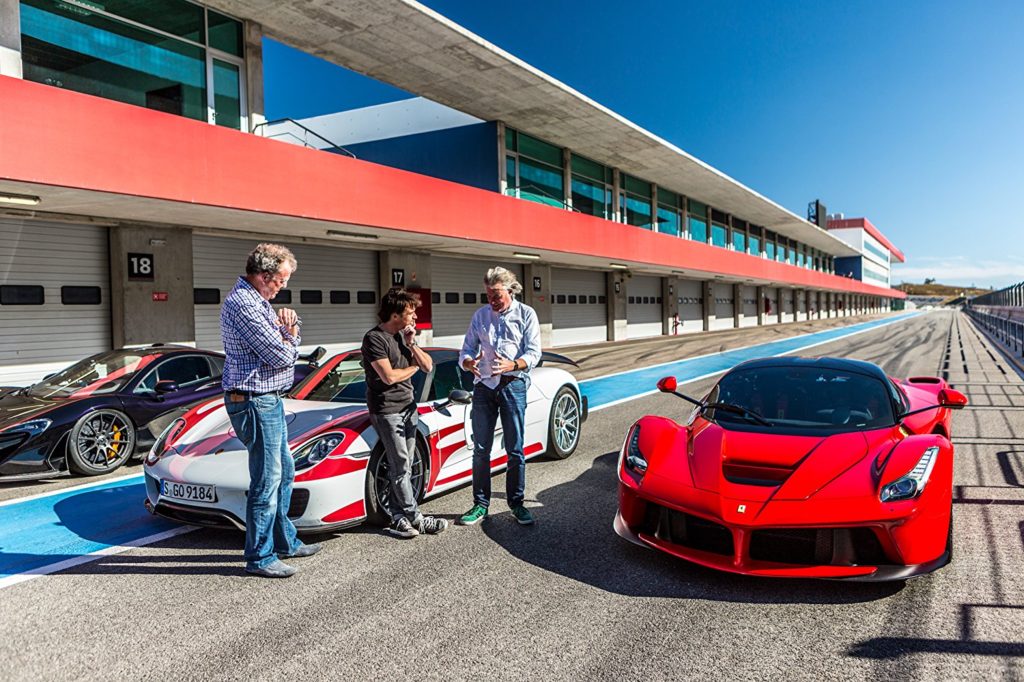 Worth a watch, but am I excited each week to see the next instalment?  Being frank, no I am not.  It’s more of a “cool, another episode to watch, I hope it’s a good one this time”.  Am I gutted when the series ends?  No, but I do want to watch the next series, and hope that some improvements will have been made.  Amazon, please take note.

The BBC’s gamble on Chris Evans as host for the first series of the show since the departure of Jeremy Clarkson, Richard Hammond and James May was always going to split opinion.  Personally I liked the show and thought Chris was good.  I suppose the problem is that Chris Evans is like Marmite, you either love or hate him.  But isn’t Clarkson like that?

I thought the show was an improvement on the previous stale shows with Clarkson, May & Hammond.  I thought they over did it with so many presenters, which included Chris Evans and Matt LeBlanc, with Sabine Schmitz, Chris Harris, Rory Reid and Eddie Jordan appearing in some episodes.  The Stig was the only part of the former line-up not to leave. While the format received only minor changes, the studio at Dunsfold was redesigned and the Top Gear Test Track received a brand new rallycross circuit to co-exist alongside it, complete with a brand new car for celebrities – a Mini Rallycross Car (series 24), which replaced the Vauxhall Astra Tech Line. I think that was much better, much more fun, it’s a shame they did not keep for the current series.  A brand new spin-off show was also created, entitled Extra Gear, which was broadcast on online channel BBC Three, and had the same number of episodes with each airing immediately after each episode.

Early days on series 25, but early signs are good.  The chemistry between the 3 main presenters is good.  In every show so far I’ve loved something, and I’m genuinely excited come Sunday afternoon. 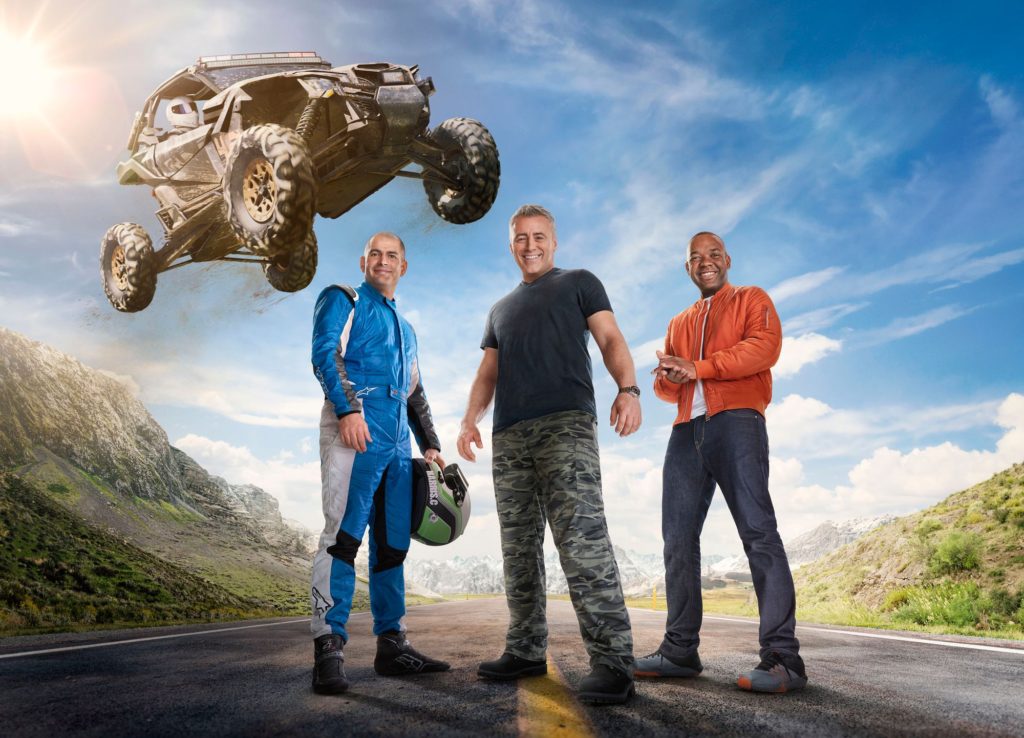 It’s got everything.  Yes I’d like more car focus, more on different car cultures in different countries and why?  But it’s great, and I look forward to it every week, and when it finishes i’m genuinely disappointed, and cannot wait to the next episode.  Well done BBC and more episodes please, and a bit more variety.

Suggestions for both shows

Interview a person that’s massively into their cars for 10-15 minutes.  Talk over cars they’ve owned and why, and cars they’d want to own and why.  Here’s a few people to talk to Jensen Button, Ross Brawn, Sterling Moss, James Martin, Gordon Murray, Lewis Hamilton, Horacio Pagani, Gordon Ramsey, Murray Walker, Jay Kay, and any other petrolheads.  This list is very male heavy, so what about the women, there must be women with car collections or a passion for cars.  These interviews should not revolve around people plugging a book, movie or anything else, just car people talking cars.  How about surprising them with a drive in one of their dream cars?

So there’s my view.  What’s yours?  What do you like/ dislike?

7 comments on "The Grand Tour vs. Top Gear: Which one rules?"