Now in its twenty-third year and with an increased four day attendance approaching two hundred and fifty thousand visitors; the Festival of Speed remains a pre-eminent celebration of endeavour on two, four and more wheels.

With multiple exhibits from global motor manufacturers and renowned private collections, combined with the stars who have shaped our sport…the event remains unmissable, whatever your preferred discipline!!

The three established paddocks, located either side of the House, were split by entrants of the Cartier Style et Luxe Concours, and with an eclectic entry of forty cars, (including two stunning Rolls Royce’s from Lord Bamford’s collection) ranged from four variants of one of my pre-war favourites, the Vauxhall 30/98, via the long chassis Lancia Lambda, to a very rare Renault Alpine. Overall winner was Automobili Lamborghini S.p.A.’s own, 1971 Muira SV (below). 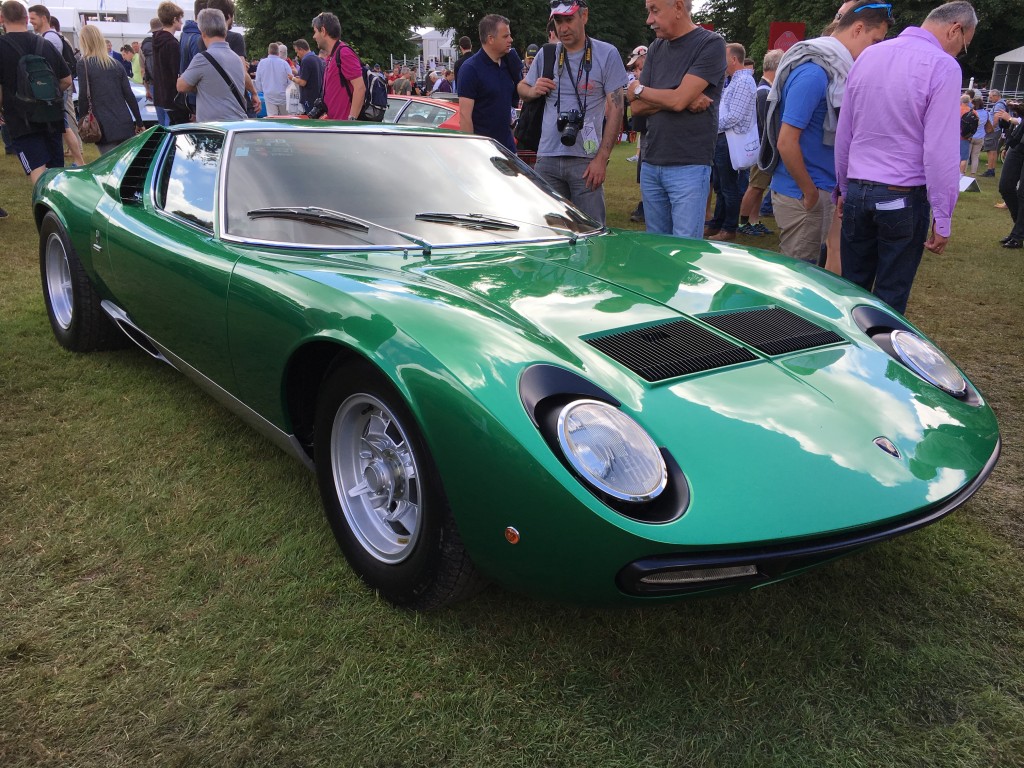 The well attended Bonhams Auction had something for every pocket – with an extensive selection of automobilia, cherished number plates and fast-road/competition cars, several of which sold at very advantageous prices….. sadly, “my” car of the sale – the gorgeous 1966 Ferrari 275GTB, didn’t.

The car’s the star (https://www.youtube.com/watch?v=alQ4c3ymXxI)

Congratulations to overall winner Ollie Clark; with back-to-back victories in his 750bhp Subaru, just ahead of former Indy 500 winner Kenny Brack in the latest McLaren P1 LM – whilst “my driver of the weekend” was 2015 Dakar Rally Truck-class champion, Ayrat Mardeev, who having driven the 950hp Kamaz-4326, 2,755 miles from Russia to Goodwood (http://www.kamazexport.com/blog/), proceeded to oversteer his way up the hill-climb over the weekend, at ever more lurid angles.

What a wonderful weekend and now we cannot wait for the Revival, see you there.