Biennially, two weeks before the F1 teams arrive in the Principality, the Automobile Club du Monaco stages the Grand Prix Historique…. undoubtedly one of the most prestigious historic events, on the European calendar. Such has become the popularity and accessibility of the event, that for the 10eme Historique, free practice and qualifying took place on both Friday and Saturday, with racing on Sunday……supported by three collectors car auctions, and a harbour-side display of historic, Riva monohulls.

Friday dawned warm and sunny, with a visit to the paddock, and the Alpine chalet inspired Credit Suisse Drivers Club, for their driver’s forum. Chaired by Henry Hope-Frost of Autosport magazine; this year’s panel were ex F1 racers and Le Mans winners, Jochen Mass and Emmanuele Pirro, ‘70’s sports-car privateer, racer and broadcaster Alain de Cadenet, constructor, driver and RML CEO, Ray Mallock and celebrating the sixtieth anniversary of his second win around the streets of the Principality, Sir Stirling Moss.  The sixty minute discussion, explored the passion and competitive elements of motorsport, alongside the differing teams and technological approaches, prevalent within F1, forty years ago.  Additional humour was provided from the audience, by former Shadow F1 and Can-Am racer, noted raconteur Brian Redman – who jokingly blamed his Porsche 936/78 team-mate, Mass, for their non-finish, in the 1976 Silverstone 1000kms.

Circuit guide with Audi and DTM racer Frank Stippler (below)

Racing sights and sounds (below)

Much has been written about the on-track action elsewhere, here were my highlights:

My thanks to renowned motorsport photographer, Jim Houlgrave, for allowing us to share his favourite images, of an action packed weekend.  Here are a few of our favourites (below), more can be seen here on our Facebook album. 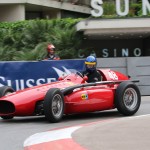 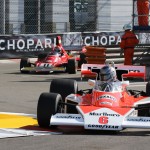 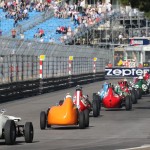 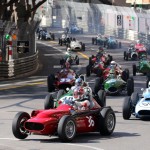 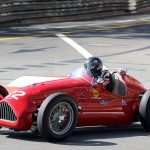 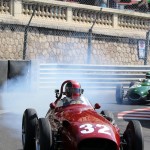 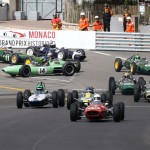 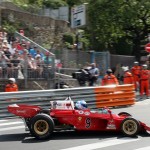 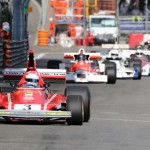 The 10eme Historique was superbly organised, with excellent racing and much to see off-track in the sparkling Cote D’Azur sunshine…roll on 2018!

With the very recent completion of the Mille Miglia retrospective, and the Concorso D’Eleganza Villa D ‘Este, the European collectors car calendar is now in overdrive…..next stop for me is closer to home and the annual Cholmondeley Power and Speed weekend… see you there! 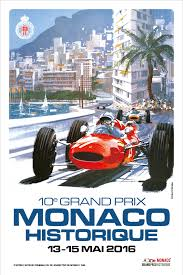