This year’s Cholmondeley Pageant of Power (CPOP) will celebrate 65 years of Lotus, with a concours, parade and class on track all dedicated to the British marque.

On Friday 12th, visitors will be treated to the first-ever parade of all production Lotus models ever manufactured, organised by the Historic Lotus Register. These production cars will also take part in a special concours on the same day.

A highlight within this parade, will be the only Lotus MKII. This unique car was built in 1949 by Colin Chapman and competed in trials, speed tests and circuit racing. 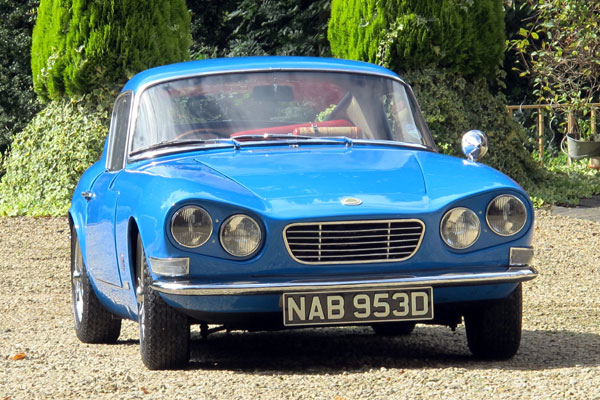 The MKII will be joined by another one off – the Ian Walker, aluminium bodied, Lotus Elan (above). Built to order for Swiss businessman, Hermann Huber, the road car was based on the race version, driven to a class victory by Sir Jackie Stewart in the 1964 Montlhery Prix de Paris.

Overseeing Friday’s celebrations will be Clive Chapman, son of founder Colin, who will also be bringing along a Lotus 11, which has always been owned by the Chapman family.

Out on track throughout the weekend, visitors will see a 1963 23B (below) put through its paces. Colin Chapman’s first and only mid-engined small capacity sports racing car, the 23 went on to dominate its class in both national and international racing.

Another highlight joining the Lotus celebrations is a type 18 once driven by motorsport legend, Sir Stirling Moss, to victory in the 1960 Monaco Grand Prix – the first F1 victory for Lotus. The racer was so competitive in both Formula 1 and 2 that it was emulated by the majority of cars in those formulae.

James Hall, event director at CPOP, said: “Lotus has been a pivotal part in Britain’s automotive and motorsport history over the past 65 years, which is why we wanted to honour the wide range of production and race cars produced by the marque.

We look forward to sharing such a great selection of motors with the public and reminding them of the great contribution Lotus has made to the industry.”

The eighth staging of CPOP will celebrate ‘power’ on land, air and water with events including a 1,000bhp-plus class on the famous Cholmondeley track. Alongside the Lotus marque on Friday, the festival will also honour American Muscle cars on Saturday and Eighties supercars on Sunday.

As for the two-wheeled aspect to the event, CPOP is welcoming bike legends Dougie Lampkin MBE and Sammy Miller MBE throughout the weekend, in addition to Triumph, the Millyard Viper V10 and a Suzuki Hayabusa.

In addition, Sunday will see the world’s only flying Vulcan take to the skies above Cholmondeley, with the Red Bull Matadors entertaining the crowd with an aerobatic display. This exciting air programme will follow the appearance of the RAF Typhoon Display Team on the Saturday.

On the lake there will be a wide range of watersport action including jet ski racing and flyboarding demonstrations. The above, combined with camping, live music from Tenors of Rock and the RPJ Band and hundreds of exciting trade stands, will make CPOP the family-friendly motorsport event of the summer.

Unfortunately you’ve missed on winning yourself a pair of tickets courtesy of MyCarHeaven (check out our other competitions), however tickets are on sale at www.cpop.co.uk for the event at Cholmondeley Castle, Malpas, Cheshire. Adult tickets are priced from £29 with children’s tickets starting from £7.