This year’s Concours of Elegance at Hampton Court Palace (from 5 to 7 September), will see 60 of the world’s most desirable, rare and exclusive motor cars – forming the main Concours entries – augmented by hundreds of the very best cars from a wide variety of enthusiast car clubs, as well as the latest bespoke sports cars and luxury models from a number of prestige car manufacturers.

This will be one of the years pinnacle classic car shows as it has been in previous years.

The Concours of Elegance’s Steering Committee is now able to confirm around 10 percent of the 60 Concours cars, each set to help tell the story of the motor car. From the pioneering days of the horseless carriage in the late 19th Century, right through to the very latest state-of-the-art 200 mph+ hypercar, the 60 exceptional Concours cars – many of them never seen before in this country – will grace the Fountain Gardens on the East side of the historic Hampton Court Palace.

The earliest of car in this year’s Concours will be the ultra-rare 1896 Lutzmann.  The Lutzmann will be displayed alongside a state-of-the-art 2014 Ferrari LaFerrari (below). hypercar to vividly help tell the story of the evolution of the motor car over the last 120 years. 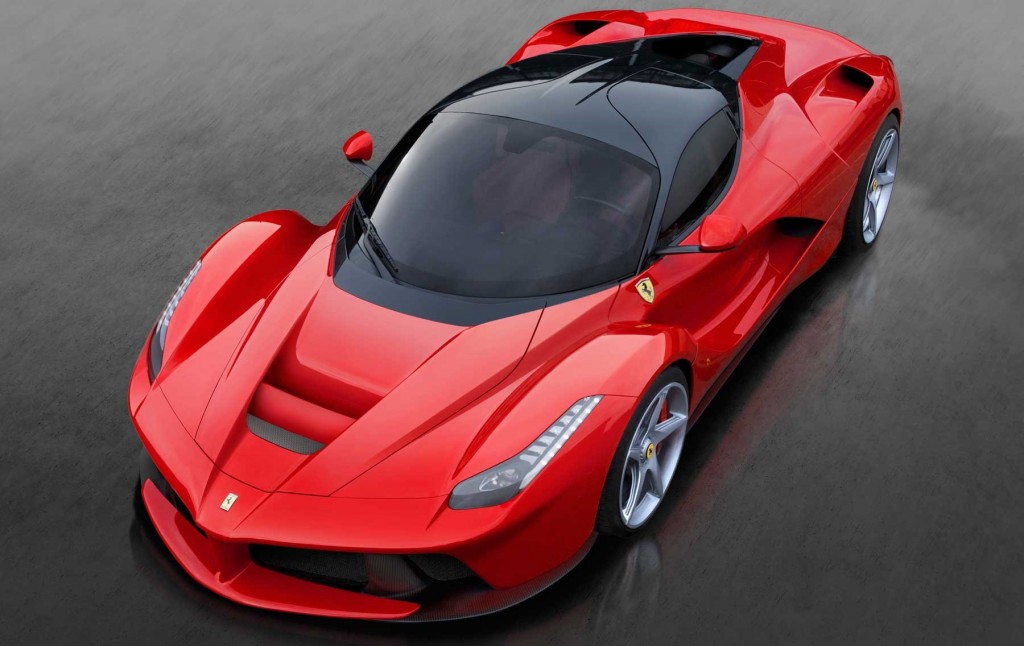 Based in Dessau, East Germany, pioneering motor car maker Freidrich Lutzmann was clearly inspired by the first Benz four-wheeled car to make a very similar vehicle of his own, to become one of the earliest German motor vehicle manufacturers. In late 1898, Opel entered the motor industry by acquiring the Lutzmann plant, patents, stock, and staff, all of which was transferred across Germany to Rüsselsheim, where Opel remains to this day as one of Germany’s largest vehicle producers.

Post World War 1, the rapid progression in car development can clearly be seen in the stunning Touring-bodied 1931 Alfa Romeo 6C 1750 ‘Flying Star’ (below). Built specifically for the 1931 Concorso d’Eleganza Villa d’Este, where it was accompanied by model Josette Pozzo, together they fittingly took the prized Coppa d’Oro di Villa d’Este trophy, and more than 70 years on, this Alfa Romeo was still winning plaudits, taking the top trophies at the 2005 Pebble Beach Concours, and upon its return to Villa d’Este in 2007. It will make its British debut at Hampton Court Palace in September. 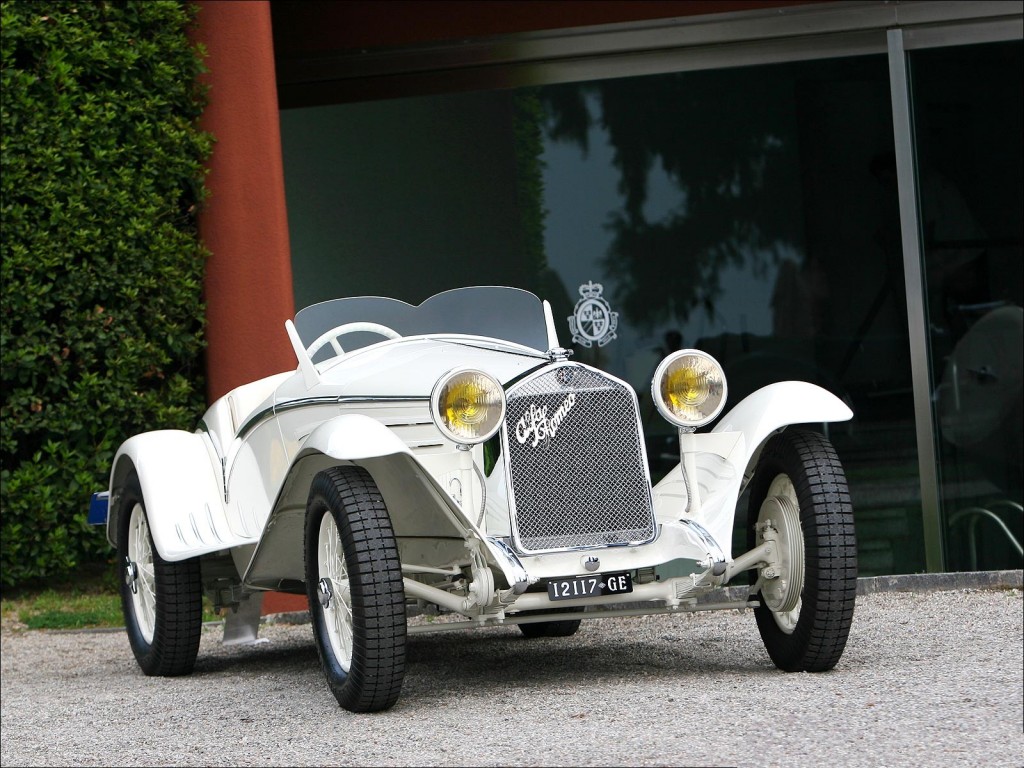 Post-World War 2, the new-found optimism of the 1950s is perfectly illustrated by an unusual version of the advanced Jaguar XK120. With a distinctive domed Perspex roof ‘bubble’, the Jaguar XK120 ‘Jabbeke’ is famed for its 1953 land speed record of 173.159 mph, achieved on Belgium’s Jabbeke Motorway by Jaguar’s then test and development driver Norman Dewis.

Moving on to the late 20th Century, the exciting 1966 Le Mans 24 Hours race-winning Ford GT40 will share Hampton Court Palace’s Fountain Gardens with one of just six mid-engined 1970 AMC AMX/3 sportscars, plus the spectacular one-off Bertone Lancia Stratos Zero show car (below), also from 1970, and being shown on British soil for the very first time. 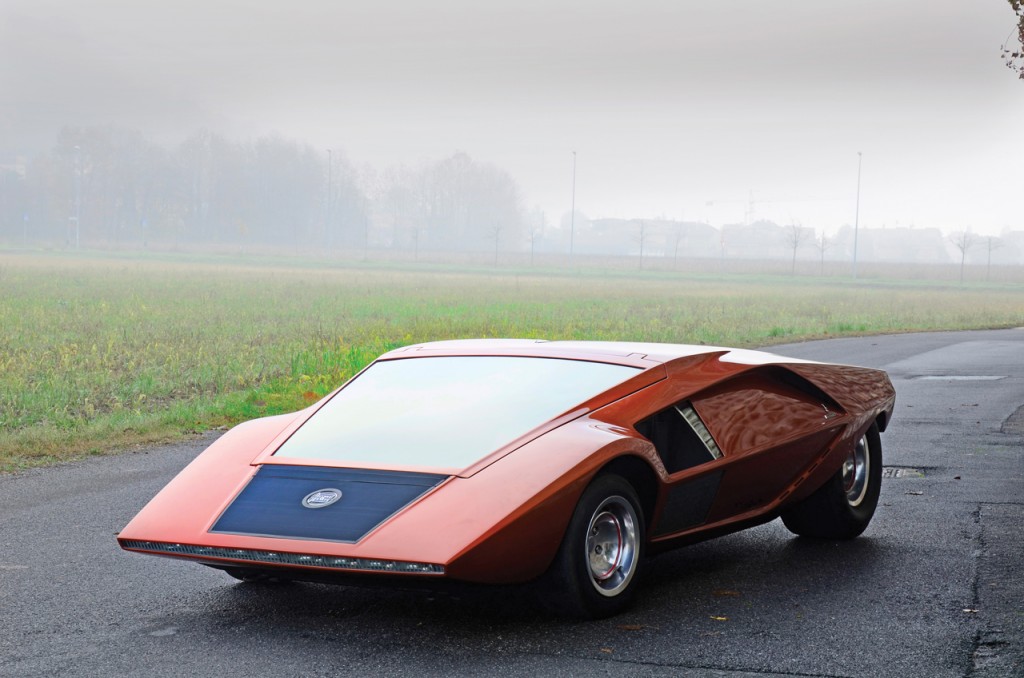 An example of the 950 bhp hybrid Ferrari LaFerrari will dramatically bring the 2014 Concours of Elegance into the 21st Century. The LaFerrari has the highest power output of any production model made by the celebrated Modena marque, with just 499 examples of this exceptional £1 million+ car being built.

Accompanying these impressive cars will be another 53 exceptional Concours entries at Hampton Court Palace, plus hundreds of other fine motor cars. The majority of historically important and sought-after car marques will be represented at the Concours, including fine examples of Bentley, Rolls-Royce, Bugatti, Hispano-Suiza, Packard, Aston Martin and Maserati, plus many other sought-after marques, making this is an unmissable event for anyone who appreciates outstanding automobiles.

More details of many of the remaining cars due to participate in the 2014 Concours of Elegance will be revealed over the coming weeks and months. As a further taster though, a brace of significant and rare pre-war Mercedes-Benz models will also be present at Hampton Court Palace, as will an imposing 1912 Rolls-Royce Silver Ghost Baker Tourer, a 1932 Bugatti Type 55 Figoni et Falaschi Roadster, a 1957 Ferrari 250 Tour de France Scaglietti Corsa Berlinetta, and the 1986 Monte Carlo Rallye-winning Lancia Delta S4.

Supporting the Concours will be a display of over 700 other desirable cars from all eras within the Hampton Court Palace grounds on the Saturday and Sunday, presented by a wide variety of car clubs and motor manufacturers. For the first time this year, a Club Trophy will be awarded to the best club concours-winning car too.