Following its global debut at the Goodwood Festival of Speed, McLaren GT has now confirmed the 12C GT Sprint will be priced at £195,000 (base car plus applicable taxes/duties). The latest model from the GT racing arm of the McLaren Group has been developed and optimised exclusively for the race track. 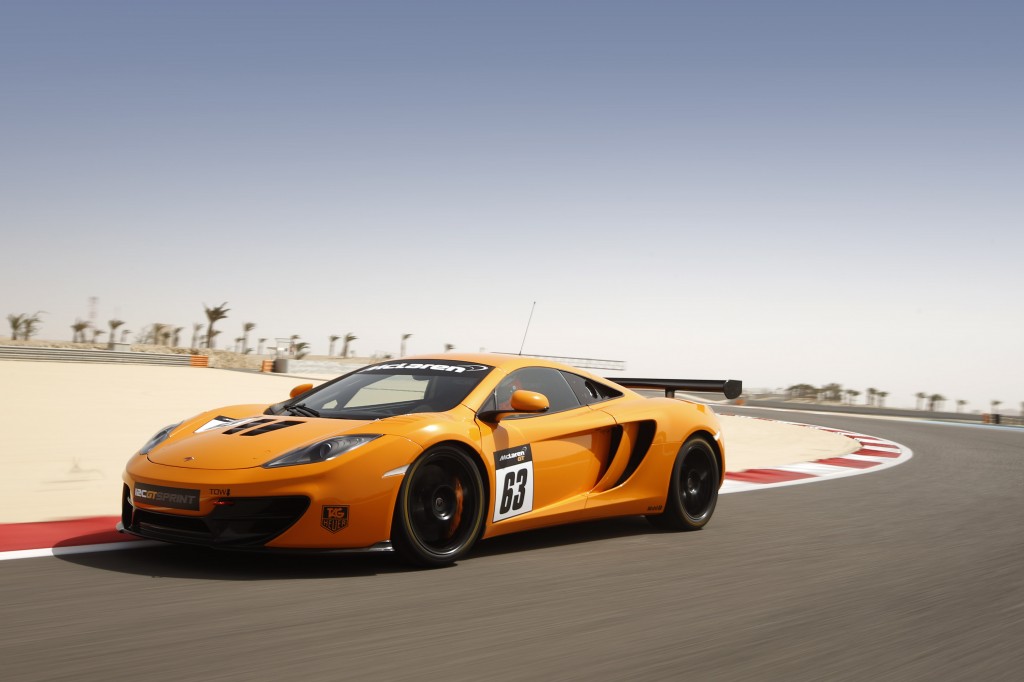 The 12C GT Sprint has been designed and built by McLaren GT, in close consultation with the team at McLaren Automotive, and retains many of the unique systems from the McLaren MP4-12C road car, on which it is based. Groundbreaking technologies and systems have been honed, including Brake Steer and the active McLaren Airbrake, while a recalibrated Proactive Chassis Control (PCC) system helps deliver a truly bespoke GT racing experience, which can be set to individual driver preference.

Power comes from the highly-efficient M838T 3.8-litre twin turbo V8 power plant found in the 12C and 12C Spider, and generates 625PS, while the familiar seven speed twin clutch gearbox from the 12C is also retained. Optimised oil and cooling systems are unique to the track-focused racer.

The 12C GT Sprint is built around the 12C’s 75kg carbon fibre MonoCell chassis, but any unnecessary systems or creature comforts have been removed to keep weight to a minimum. The car features a number of components carried over from the successful 12C GT3 race car, including the FIA-approved safety roll cage, central cooling radiator and digital dash display.

Styling upgrades on the 12C GT Sprint follow the McLaren mantra of ‘form following function’, with each enhancement designed to optimise performance. Stability and dynamics are further enhanced through a drop in ride height of 40mm, while a more aggressive front bumper, GT3-inspired bonnet with radiator exit ducts and front wing louvres improve downforce and give a purposeful look. The highly effective track-focused braking system features GT race specification brake discs, which sit behind centre-locking 19-inch wheels, shod with Pirelli competition tyres. As with the 12C GT3, an on-board air jacking system is fitted to aid tyre changes. 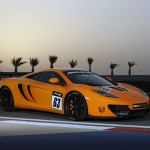 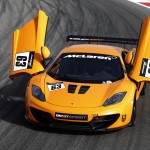 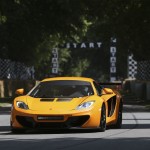 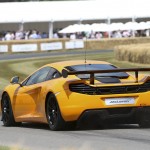 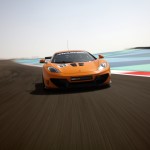 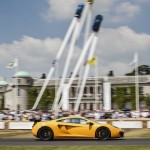 Throughout the development programme, McLaren GT has worked with a strong pool of resource to develop and optimise the set up of the 12C GT Sprint. This has seen McLaren GT works drivers Rob Bell and Adam Carroll, McLaren Racing Young Driver Stoffel Vandoorne and McLaren Automotive chief test driver Chris Goodwin spending time in the cockpit, and covering in excess of 5,000 track kilometers at circuits across Europe and the Middle East, as well as extensive simulator work.

Commenting on the 12C GT Sprint programme, Chris Goodwin explained: “The 12C GT Sprint has been designed as a true track-focused racer, offering increased levels of downforce, grip and durable track performance. Retaining all of the innovative technology and characteristics of the 12C road car such as active aero, Brake Steer and the innovative PCC suspension system, dynamically, the 12C GT Sprint takes things to a new level with the addition of many race track specific features.

The 12C road car has universally acclaimed levels of drivability and cornering performance to compliment its phenomenal levels of power and torque. As a driver this potent combination just inspires confidence all the way round a lap and in the 12C GT Sprint, that lap is now considerably faster!”

Andrew Kirkaldy, Managing Director at McLaren GT added: ‘The 12C GT Sprint offers a true insight into GT car levels of performance, in terms of downforce and grip. The 12C is one of the most accomplished high performance sportscars ever built, and the enhancements featured on the 12C GT Sprint build on, and optimise, these abilities to create one of the most usable track cars available, with levels of performance that are truly and easily accessible.’

A range of options and packages are available through McLaren GT, each of which is designed to offer even greater levels of performance and individuality, with improved levels of downforce and further reduction in weight. Upgrades include a bespoke carbon fibre rear wing and front splitter, and a lightweight polycarbonate windscreen. The 12C GT Sprint is presented as standard in historic McLaren Orange, but can be specified in any bespoke colour, on request.

The 12C GT Sprint is available from all official McLaren retailers worldwide or direct from McLaren GT. Visit cars.mclaren.com to locate your nearest retailer.