For this coveted 1957 Maserati 150 GT, a one-of-a-kind prototype, the trident emblem on its grill represents more than just automotive branding. It also symbolizes the car’s three lives. After its owner, a European collector, purchased the two-seat convertible in 2006, he found that the chassis described in the car’s documentation didn’t match its actual chassis. 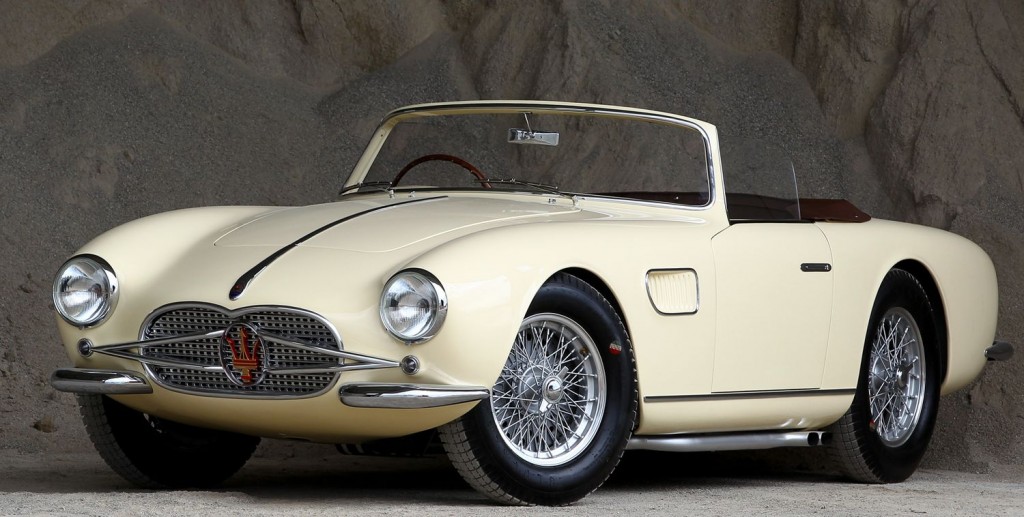 Detective work with a Maserati historian revealed that the car originated in 1953 as a 2-liter A6 GCS, a decorated race car that was then overhauled into a 3-liter 300S prototype the following year. Even more modifications followed in 1957, when the car became its current self, complete with a new lightweight-alloy body by famed Italian workshop Carrozzeria Fantuzzi. No additional models were made, however, with Maserati opting instead for the mass-volume 3500 GT. Gooding & Co. will auction the 150 GT in Scottsdale, Arizona, in January and expects the “little rocket”—a title bestowed by the owner because of its incredible power-to-weight ratio—to fetch more than $3 million. Good things always come in threes, after all. 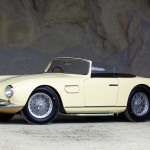 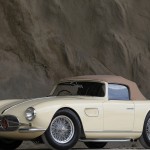 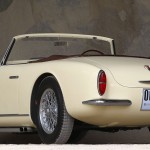 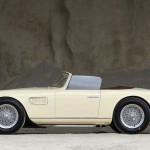 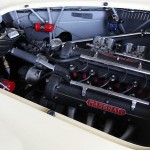 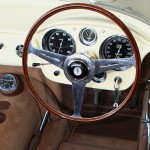 In 1956/1957 Maserati put together this 150GT prototype from leftover racing parts. The two-seat cabriolet body was also totally unique and the only one of its type.

This Maserati likely started life as an A6G racecar that was later fitted with Maserati 300S components. In 1956 it was built up as a prototype using a two-liter version of the four-cylinder engine from the 150S.

Taking cues from the 4CTF single-seat race car, Vittorio Bellentani designed the 4-cylinder engine with advanced features such as dry-sump lubrication, an aluminum alloy block with cast iron liners and options such as a hemispherical combustion chamber with a 80º angled valves and twin-plug ignition.

The 150GT chassis was sent to Fantuzzi to be bodied in a style similar to the Pietro Frua A6G cabriolets. Unique to the design are accent dashes that run between the center of the grill and the front blinkers. Furthermore, the side exhaust and right-hand drive configuration hint at the car’s earlier life as a racecar.

Maserati only made one copy of the 150GT before moving onto the production 3500GT. Sometimes this prototype roadster is referred to as a 1500GT which would make sense given the lineage.

It’s certainly a stunning car.  What do you think?