There are rare cars, then there are stunning one-off’s, the 1960 Aston Martin DB4 GT ’Jet’, with coachwork by Bertone is one such car. 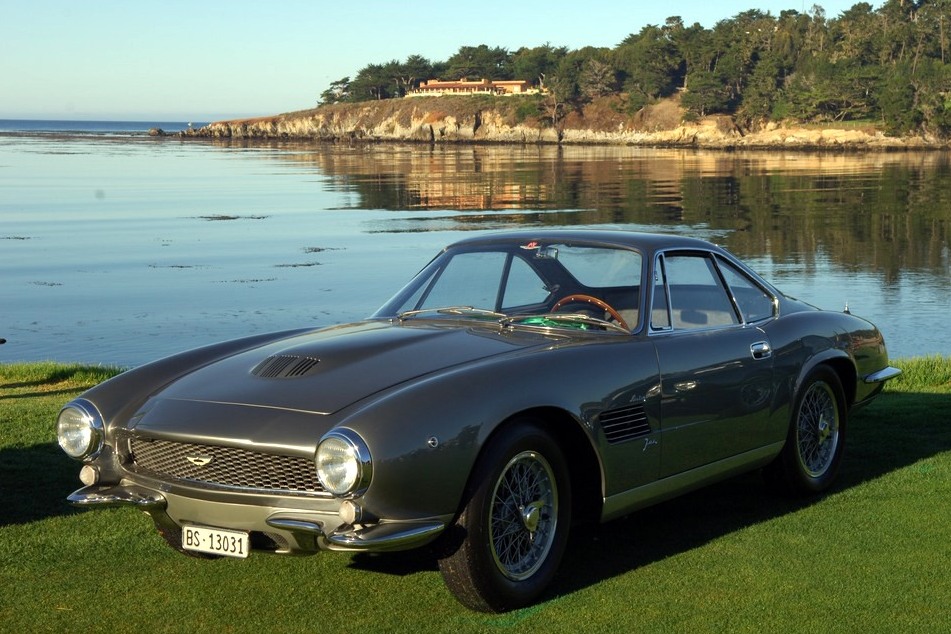 I’m sure you’ll agree that the ’Jet’ is a stunner. It was recently sold by auction house Bohnams for a heady £3.25million; the highest price ever achieved at auction for an Aston Martin.

This beautiful Aston Martin is now confirmed to be appearing in the prestigious Cartier ‘Style et Luxe’ concours d’elegance, as part of the 20th anniversary Goodwood Festival of Speed (11-14 July 2013).

The Jet was built on the final DB4 GT chassis and was given to fledgling car designer Giorgetto Giugiaro to create a Gran Turismo variant for the 1961 Geneva Motor Show. Numerous modifications were made compared to the standard model, including a shortened wheelbase (by 5 inches) and a lighter body, which shaved off around 90 kg to make the performance of the six-cylinder 3.7-litre 300bhp engine significantly sharper.

Bertone’s latest Aston Martin Jet – a stylish 2+2 shooting break, based around the current Rapide model – will also be at the 2013 Festival of Speed, driving up the Goodwood 1.16-mile hillclimb as part of the ‘First Glance’ class.

We don’t know about you, but we cannot wait to see both these cars.  Bring it on!

How To Clean And Disinfect Your Car

Ways to Improve Your Car’s Performance