With just one month to go until Goodwood opens the gates to the much-anticipated 20th anniversary Festival of Speed (12-14 July), the rich seam of top motor sport names confirmed to be in action at this summer’s must-attend event now stretches to over 125 stars, past and present.

The Festival of Speed remains unique in its ability to attract the majority of the current season’s Formula 1 teams and drivers, with seven of the 2013 season F1 teams

Past Grand Prix masters present at this summer’s Festival of Speed will include Alain Prost, Nelson Piquet, Sir Stirling Moss, Sir Jackie Stewart, John Surtees, Nick Heidfeld, Jochen Mass, Emerson Fittipaldi and Rene Arnoux, all joining a roll-call of other motor sport stars at Goodwood that reads like a Who’s Who of motor racing. In total, 17 Grand Prix winners will be in action, with a total of 232 GP wins between them! 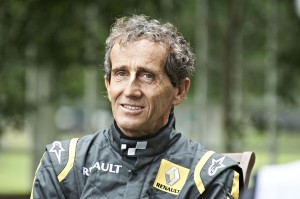 One of the great Festival of Speed’s moments will be relived at this year’s event, when Nick Heidfeld is reunited with the very McLaren MP4/13 that he so famously launched up the Goodwood Hill in a record time of 41.6 seconds in 1999. His record remains.

From the world of rallying, IRC Champion, Andreas Mikkelsen will be spitting gravel in the 2013 VW Polo WRC, as will Spanish double World Champion Carlos Sainz, whilst Mikko Hirvonen’s Citroen DS3 WRC will also be in full flight on the Goodwood Forest Rally Stage. Other rallying greats who will be reacquainted with the cars that made them famous will include Juha Kankkunen, Björn Waldegård, Rauno Aaltonen, Jimmy McRae, Hannu Mikkola and Russell Brookes. 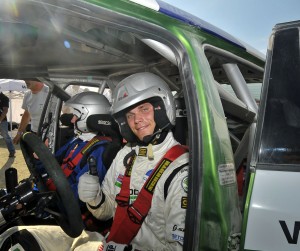 All of the drivers participating in this summer’s Festival of Speed, as well as the many top competition riders (details of which will be confirmed separately very soon), will appear on the walkway leading into the exclusive BlackRock Drivers Club throughout the event, giving Festival goers and fans the rare opportunity to see their heroes up close, and possibly even have a word or two with them!

A host of other star drivers and riders, plus cars and motorcycles from each of the world’s major motor sport disciplines, past and present, will also be featured at Goodwood, including champions from Formula 1, Indycar, the World Rally Championship, Superbikes, NASCAR, World Sports Cars and Touring Cars, plus Land Speed Record holders.

Goodwood is recapturing many of the outstanding Festival of Speed moments from the 1993-2012 era, including over 350 great machines from all of the world, as far flung as New Zealand, Zimbabwe, Japan and the USA, all making a very rare return to the UK. The 20th anniversary Festival will also see many famous man and machine pairings reunited, including three-time Formula 1 World Champion Nelson Piquet returning to the cockpit of his celebrated Brabham BT52, in which he secured the 1983 crown.

These – along with a host of other memorable and often outrageous, vehicles and competitors new to Goodwood, plus a number of unexpected treats – will provide a fitting birthday party for the world’s greatest celebration of motor sport history and car culture.

Tickets and the last few remaining grandstand seats for the 2013 Festival of Speed, as well as the Moving Motor Show and Goodwood Revival, can be purchased from the Goodwood website, or via the Goodwood Ticket Hotline +44 (0)1243 755055