The special anniversary parade to mark 50 years of the Porsche 911 at this summer’s Silverstone Classic (26-28 July) is oversubscribed and thus a complete sell out.

Since being unveiled at the Frankfurt Motor Show in 1963, the iconic 911 has evolved to become the world’s most successful sportscar with global sales to date totalling more than 820,000.

Now to celebrate its 50th birthday, a massive on-track parade of – appropriately – 911 past and present 911s is being staged as one of the many highlights at the annual Silverstone Classic. Indeed the cavalcade has proved so popular that it has already attracted more than 1000 registrations meaning the organisers now have closed entries. 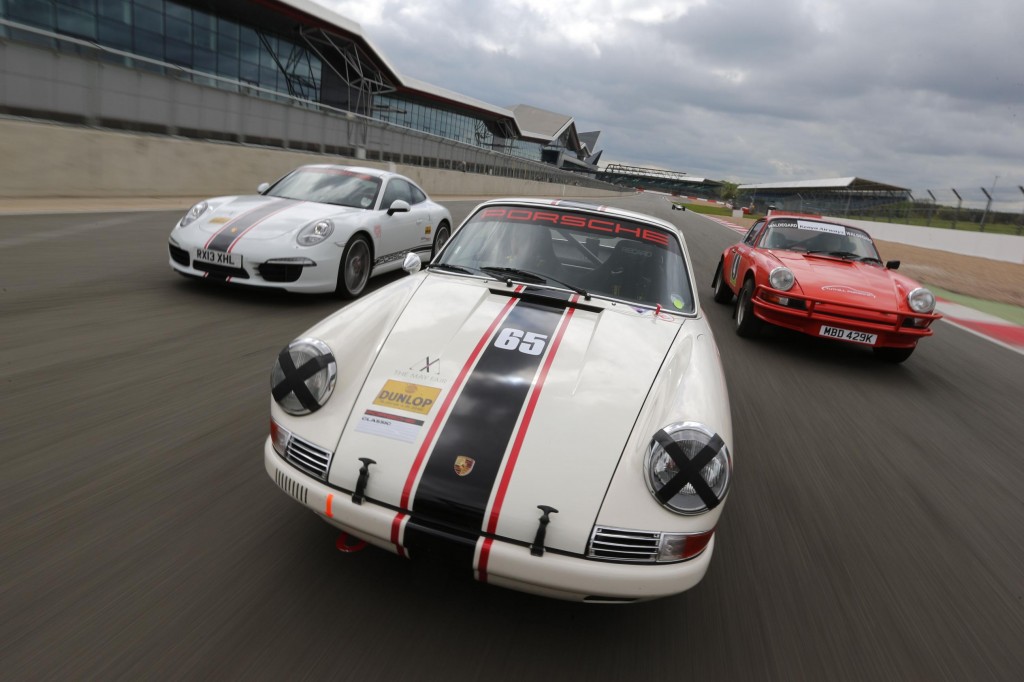 “Originally we feared achieving 911 Porsche 911s might have been a somewhat over ambitious and idealistic target – but with Porsche Club Great Britain’s invaluable input, we’ve sailed passed that goal with eight weeks to spare,” reported a delighted Nick Wigley, Event Director. “It’s terrific that so many 911 enthusiasts and Porsche Club Members will be able to join us for what’s going to be a fantastic birthday party; to be marking such an important automotive milestone in such record-breaking style is what we always set out to accomplish. It’s going to be a mind-boggling experience no Porsche fan will want to miss.”

While over the ages there have been no fewer than seven different generations, the distinctive 911 with its classic yet unique lines has always remained loyal to its original sporty – yet practical – design ethos. It was described by its instigator Ferry Porsche as ‘the only car you could drive on an African safari or at Le Mans, to the theatre or through New York City traffic’ and it’s that combination of high performance and everyday versatility that has won so many admirers over the past 50 years.

As well as raising much-needed funds for the Hope for Tomorrowcancer charity, the spectacular Silverstone Classic parade – taking place at lunchtime on Sunday 28 July – will feature many of the most famous competition and showroom models from past and present eras including legendary Carrera, RS, RSR, GT, Speedster, Targa and Turbo variants… plus some famous faces, too.

“There are a number of very special 911s and Porsche personalities appearing,” confirmed Nick Hine, Chairman of Porsche Club GB. “We will be making further announcements in the coming weeks but are delighted to reveal that two Porsche racing legends – Derek Bell MBE and David Piper – will be among those helping us to celebrate this important occasion on the full Grand Prix track at Silverstone. Having two celebrated drivers from Porsche’s illustrious racing history, taking part in the 911 x 911 world record attempt, is a fitting tribute to mark Porsche Club Great Britain’s celebration of the 911’s 50th birthday.”

Adding to the special golden anniversary celebrations, Porsche Cars GB has prepared its own historic 911 race car to compete at the Classic. The 1965 ‘short-wheelbase’ is entered under the evocative ‘Project 50’ team banner and will raced by Richard Attwood and Gordon Robertson in Saturday evening’s blue riband Piper Heidsieck International Trophy Race for Pre-1966 GT Cars, in association with Chopard. Attwood was Porsche’s first winner of the Le Mans 24 Hours back in 1970 while Robertson is Chief Driving Consultant at the Porsche Experience Centre, Silverstone.

While 911 owners and fans can no longer register for the amazing 911 x 911 parade, they can still join the massive birthday party – but you must buy tickets in advance. In keeping with the popular event’s widely acclaimed ‘access all areas’ policy, all tickets include free entrance to both racing paddocks and pit complexes, trackside grandstands, live music concerts on Friday and Saturday evenings plus the dedicated Porsche 911 and classic car club display areas. Adult admittance is from just £35 (plus fees) and considerable savings are on offer for those festival goers spending the full weekend at Silverstone and special packages for car clubs and their members are also available. Full details can be found on the official www.silverstoneclassic.com website.

Remember you can win a pair of tickets to this wonderful event, just by telling us here why you’d love to go.