Further to the recent announcement that Goodwood will be staging a unique all-Ford GT40 race at this year’s Goodwood Revival (13-15 September) to mark 50 years since development of this exceptional mid-engined Anglo-American racer began, another legendary mid-mounted endurance racer will now also be

competing at this September’s event.

Like the Ford, the revered Ferrari 250 LM celebrates its half century this year, having premiered at the Paris salon late in 1963. Also like the Ford, the 250 LM went on to win the Le Mans 24 Hours race, with the North American Racing Team-entered car – driven by Jochen Rindt and Masten Gregory – taking the chequered flag in the 1965 event. This remains the last time Ferrari took overall victory in the French endurance classic. 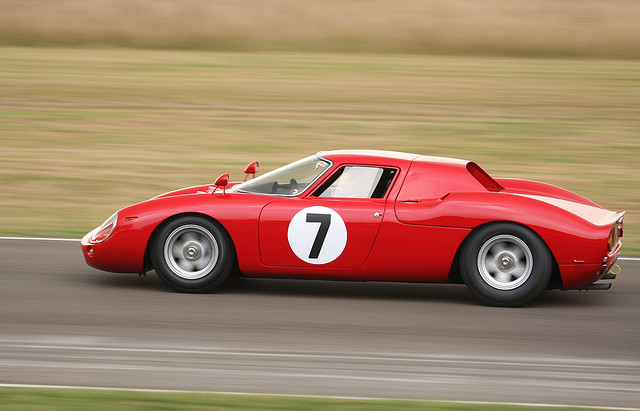 The 250 LM raced in the Tourist Trophy at Goodwood in 1964, where it finished fourth, and last competed in this race in the modern era at the Revival in 2000. An example of the Ferrari has also run in the Whitsun Trophy race at the Revival in various years.

For the 2013 Revival, a number of 250 LMs will be returning to the prestigious Royal Automobile Club TT Celebration race for the first time in 13 years, campaigning against fierce competition from Ferrari 250 GTOs, AC Cobras, lightweight Jaguar E-types, Maserati 151s, Aston Martin DB4s, and many other rare and mouth-watering machines to create the most valuable historic motor race in the world.

Should be a cracker.  What are you looking most forward to seeing/ doing at this years Goodwood Revival?