You don’t get much more historic in motorsport than ‘Whistling Billy’, the 1905 steam-powered racing car that has undergone a full restoration and rebuild, and will make its Race Retro debut at Stoneleigh Park from 22-24 February.

Originally built by the White company, this steam works sprint car was made for the popular new motor racing on the dirt trotting horse tracks throughout North America. It was called Billy, but was soon renamed Whistling Billy because of the howl that it made from its burners going down the straights. 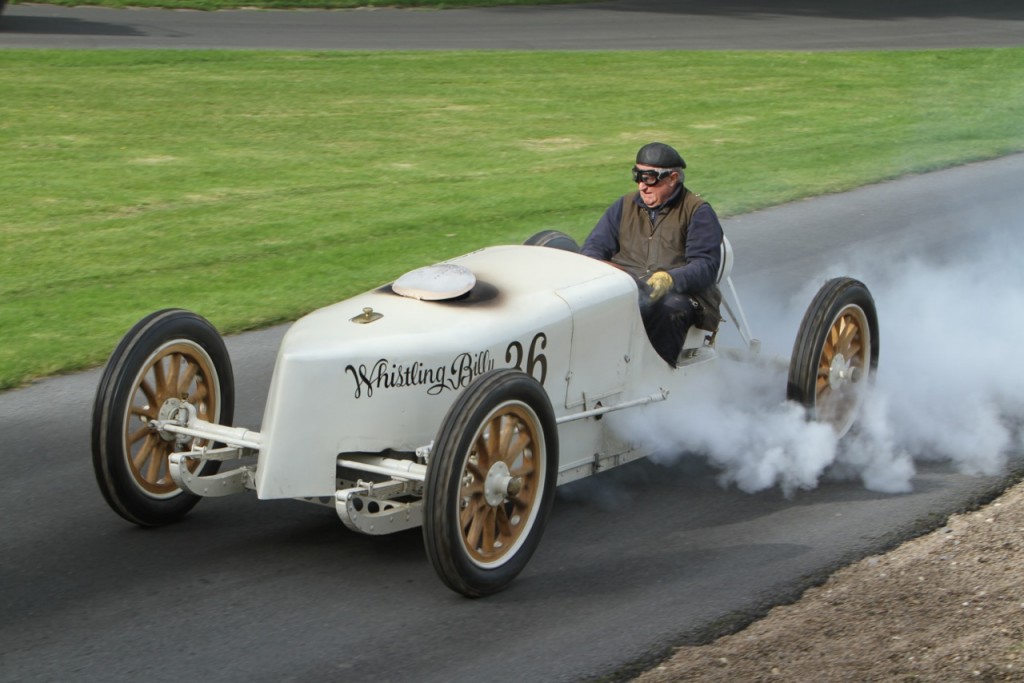 Its engine was a 1905 compound 20hp White steam car engine with Stephenson’s link motion that was soon modified to have a piston valve instead of a slide valve on the high pressure side, something all Whites had after 1907. The steam generator was a 30hp mono-tube as used then in the 30 and 40hp cars from 1907 onwards. Most of the other parts were stock parts from production cars. The car was fuelled by gasoline or kerosene and the burner jets were enormous.

Whistling Billy started winning races; on July 4th 1905 it took nearly four seconds off the World track record for the mile with a time of 48.35 seconds (about 74 mph). Driven by Webb Jay, who believed he was driving the fastest car in the World. Its fastest recorded speed was 120 mph and Race Retro is hoping to make it whistle once again if it can bring Whistling Billy back to life in the Fire Up Paddock.

Visitors can also enjoy high-octane rally action on the Live Rally Stage on Saturday and Sunday, appearances by motorsport legends Sir Stirling Moss and Murray Walker throughout the weekend on the interview stage, the Silverstone Auctions Retro and Classic Sale and the Fire Up Paddock as well as hundreds of traders.

Win a pair of tickets for this wonderful event and see Whistling Billy for yourself in the flesh.  Alternatively if you’d prefer to pay for tickets, you can buy  Adult tickets for Race Retro, sponsored by Peter James Insurance and HERO here, start at £20 in advance with children’s tickets at £5 for Friday and Saturday and free on Sunday. Car parking is free and has been moved to a hard surface area nearer to the halls. The show is open from 9.30am each day and closes at 5.30pm on Friday and Saturday and 4.30pm on Sunday.