CarFest is the brainchild of radio DJ and TV personality Chris Evans. Featuring a medley of fast cars, food, live music and family entertainment, the inaugural weekend event was staged at Laverstoke Park Farm in Hampshire (25-26 August 2012) with a second show at Cholmondeley Castle in Cheshire (8-9 September 2012). Both raised £968,735 for BBC Children in Need. In 2013 a minimum of 25 per cent the price of each ticket will benefit the charity.

The venue for CarFest North has finally been revealed by BBC Radio 2 DJ Chris Evans – this will take place at Oulton Park Race Circuit in Cheshire from Friday 2 to Sunday 4 August 2013.

A former stately home, and 60 years old this year, Oulton Park’s combination of stunning scenery and spectacular racing make it one of the most picturesque and best-loved circuits in the country. This new venue brings even more excitement to the experience of watching some of the world’s greatest cars – this time charging around a track – whilst offering some fantastic spaces for dancing to live music, chilling out in front of the Arena and having a fun, family weekend.

“We are extremely excited to have been chosen as the venue for CarFest North,” said Jonathan Palmer, Chief Executive of Oulton Park owners MotorSport Vision (MSV). “The event allows us to show off our greatest features – a spectacular track and stunning scenery. We are certain that at Oulton Park, CarFest North will be even better than last year and help to raise even more money for BBC Children in Need.” 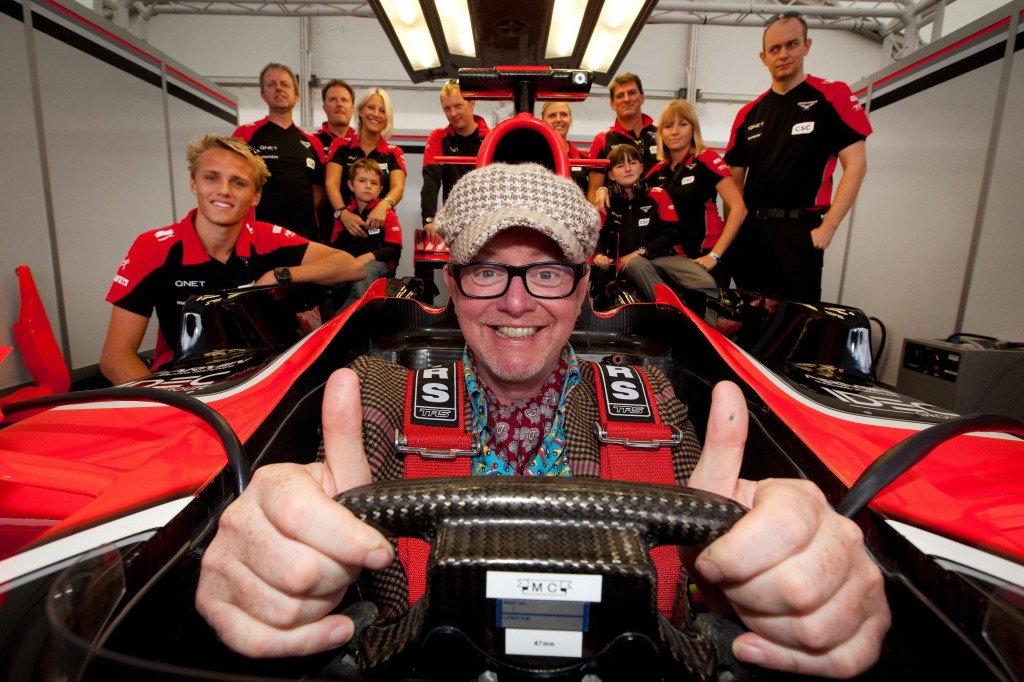 CarFest was an amazing sell-out in 2012 – so amazing that a second event was invented to meet demand; and so CarFest South and North were born.

As in 2012, CarFest South will take place at Laverstoke Park Farm – the home of former Formula 1 World Champion Jody Scheckter – from Friday 23 August to Sunday 25 August. Visitors can expect to see some of the world’s greatest cars performing on a longer and more exciting hill climb course plus three evenings of live music, fabulous festival food and an amazing range of fun and games for the whole family.

“We are absolutely delighted to be donating the farm as the venue again for CarFest South to support BBC Children in Need. We are hoping the event will raise even more in 2013. The whole weekend last year had a wonderful family atmosphere and was one of the great highlights of our year on the farm,” said Scheckter.

With venues now confirmed, Evans is eager for the action to start. He said: “I can’t wait to spend the three days of CarFest North in the surroundings of one of the most respected race circuits in Europe, with such a depth of historical magic. Then two weeks later at Laverstoke Park Farm – what a summer!”

The first release of CarFest 2013 tickets for both venues will go on sale on Thursday 17 January at 8am via the BBC Children in Need website at www.bbc.co.uk/pudsey.