The Lancia Flaminia was built from 1957 to 1970. There were 12,633 sold. It was Lancia‘s flagship model at that time, replacing the Aurelia. It was available throughout its lifetime as saloon, coupé and cabriolet. The Flaminia coupé and cabriolet were coachbuilt cars with bodies from several prestigious Italian coachbuilders. Four “presidential” stretched limousine Flaminias were produced by Pininfarina for use on state occasions.

The Flaminia was named after the Via Flaminia, the road leading from Rome to Ariminum (Rimini). This respected the established Lancia tradition of naming individual models after Roman roads. 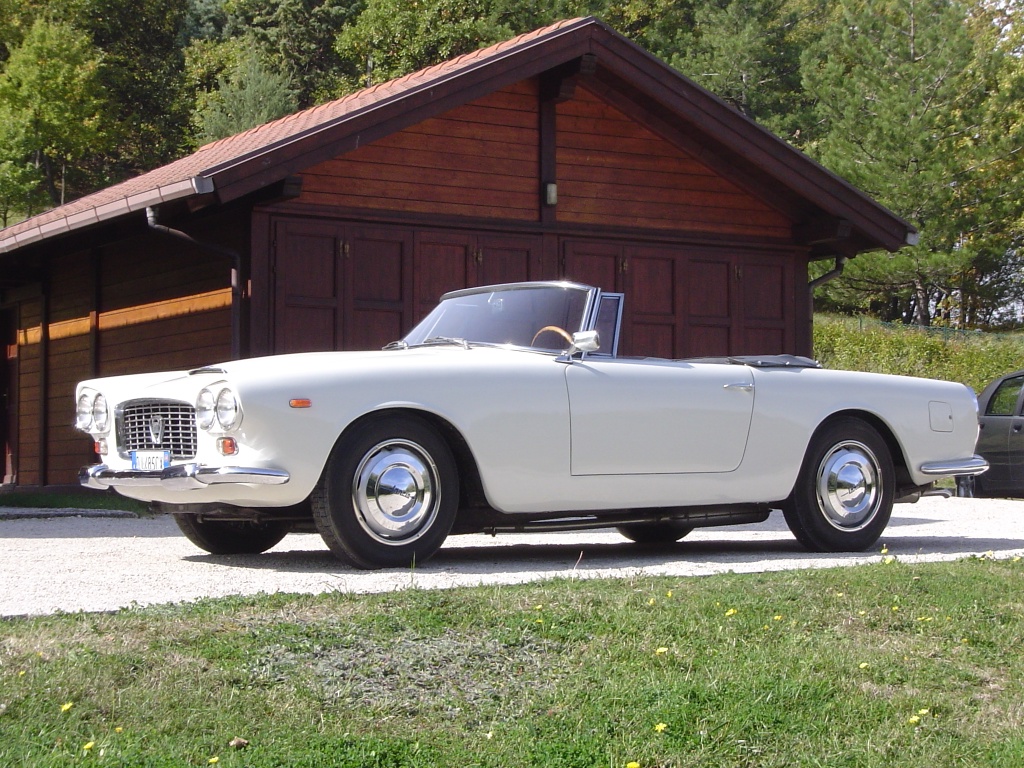 There were various models made, but here we focus on the GT, GTL and Convertible. Carrozzeria Touring designed and built these aluminum bodied two-door versions, which are distinguished by their four round headlights (rather than two on Pininfarina Flaminias), and a shorter cabin – the wheelbase was decreased significantly for the GT and Spider, allowing for only two seats to be mounted. The GT was a coupé, while the Spider was obviously a cabriolet version (with optional hardtop). The GTL, introduced in 1962, was a 2+2 version of the GT with a slightly longer wheelbase. The Spider was in production until 1964, with 847 made in total (180 with the 2.8), while the GT and GTL lasted until 1965, with 1718 GTs and 300 GTLs made (out of which, 168 GTs and 297 GTLs with the 2.8).

These are beautiful cars for sure, and no doubt rare cars as well.  If I were to buy one of these beautiful Lancia Flaminias, it would be a close call between the beautiful spider or the Zagato Super Sport.