Friends of Carroll Shelby, including Ford Motor Company, Shelby American, Ford Racing and many others have built a unique 2013 Shelby GT500 Cobra as a tribute to the late Carroll Shelby.

Ford is also announcing a renamed road at its Product Development Center in Dearborn, Michigan, as a tribute to Shelby as well. Cobra has been the consistent performance label as Shelby worked with Ford for most of the last 60 years, and Shelby was instrumental in the creation of Ford performance vehicles including Cobras, the GT40 and Mustangs since the mid-1960s. 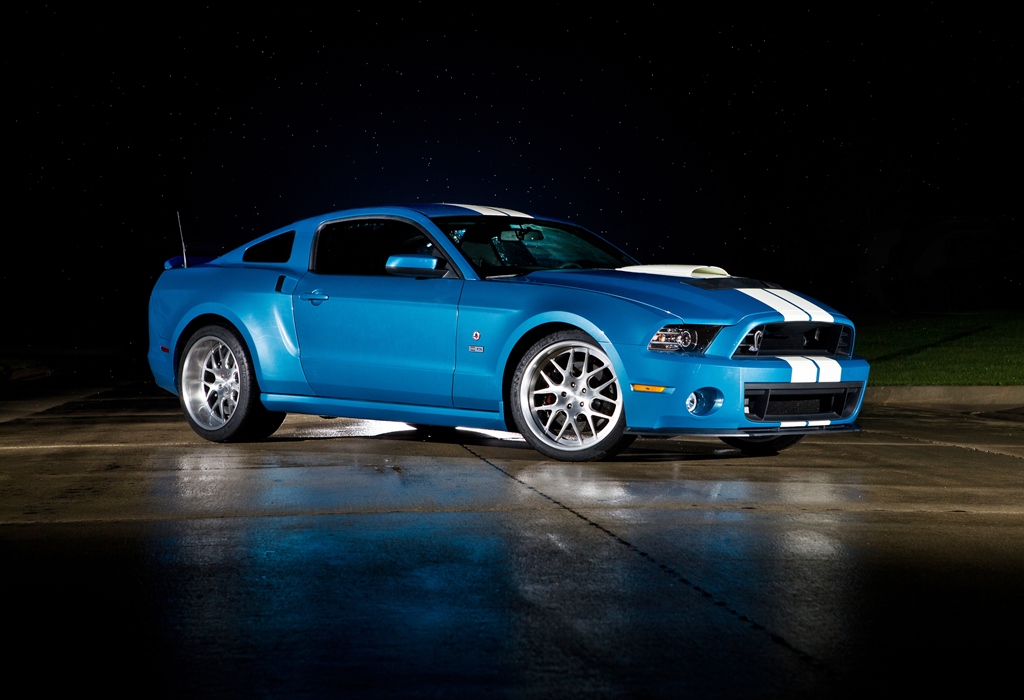 “Even at 89 years of age, Carroll was an inspiration to us all,” says Farley. “This year marks the 50th anniversary of the original Shelby Cobra. The one-off car we have created represents the very idea he had about making the 2013 Shelby GT500 into a true Cobra.”

Using the 662-horsepower 2013 Shelby GT500 as a foundation, “Friends of Carroll” created the one-of-a-kind 2013 Shelby GT500 Cobra wide-body Mustang that now generates more than 850 horsepower with the help of a Ford Racing 4.0-litre Whipple supercharger.

Putting that much power to the ground requires plenty of traction, so the 13-inch-wide rear wheels are wrapped in massive 345-section high-performance tyres for extra grip.

Ford Motor Company teamed up with Shelby American for several key components on the Carroll Shelby tribute car. Shelby American provided a specially designed bonnet, new rear wide-body kit, Shelby Wilwood brakes and new 20×13-inch rear and 20×10-inch front wheels. The bodywork is finished in the same Guardsman Blue with Wimbledon White stripes that graced so many of the Cobra roadsters built in the 1960s.

“Carroll Shelby changed the performance world forever,” says Luft. “And while he was proud of Shelby American’s achievements, Carroll was far more interested in the next car we would build. You will find the spirit and influence of Carroll Shelby in every future vehicle we build just as you’ll find it in the rear wide-body kit and bonnet integrated into the 2013 Shelby GT500 Cobra.” 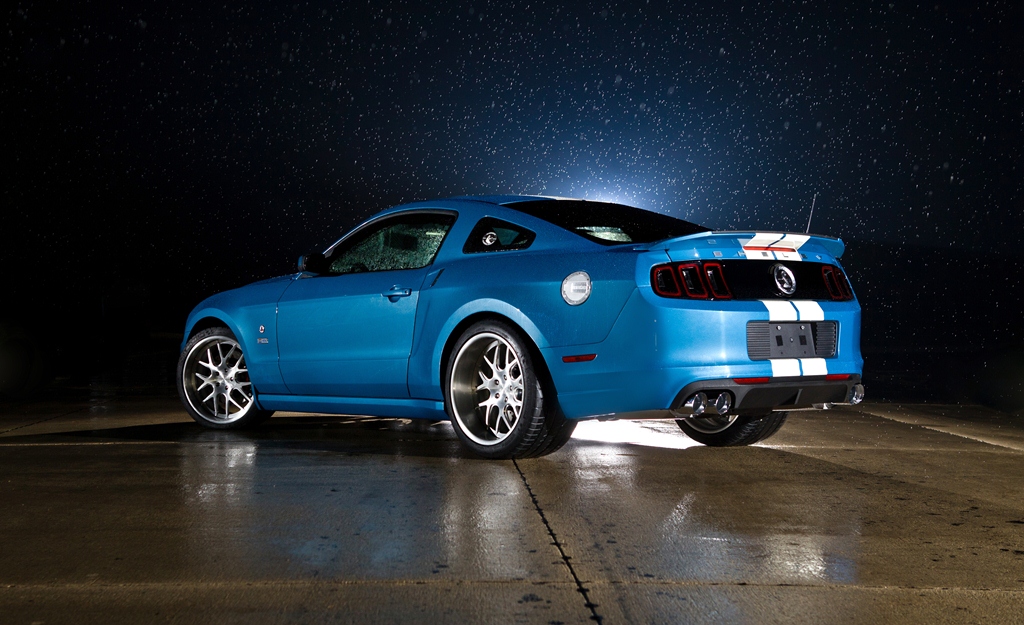 “You might also know that Carroll was a philanthropist, noted for supporting causes that moved him,” adds Farley. “In that spirit, this car will be taken on tour around the country, and hopefully will be used in a special way at the end of its tour – a way Carroll would appreciate.”

Before the 2013 Shelby GT500 Cobra hits the road, it will be shown at the Ford display in the expo area at the Rolex Monterey Motorsports Reunion.

Carroll Shelby Way
For more than half a century, Carroll Shelby inspired designers and engineers throughout the extended Ford family. As a teenager, Edsel Ford II worked for Shelby doing a variety of jobs including cleaning transmission parts.

Countless engineers crossed paths with Shelby over the years, from those who crafted the original GT40 to those working on the 2013 Shelby GT500. Up until his death, Carroll Shelby remained committed to developing great performance cars. Even at the age of 88, he spent more than five hours driving the most powerful production Mustang ever during engineering validation sessions at Sebring and the Arizona Proving Grounds in late 2011.

During and after test sessions, Carroll spent hours discussing with engineers what he liked and what needed improvement. No one who worked with Carroll will ever forget it, and his lessons in vehicle dynamics will be passed along to coming generations.

Ford product development engineers now will get a daily reminder of Carroll’s way as they traverse the newly renamed Carroll Shelby Way through the heart of the Product Development Center in Dearborn, Michigan, to the entrance of the proving ground.

“Sadly, Carroll Shelby is no longer with us, but his spirit lives on with the designers and engineers he interacted with over the years and he will continue to influence Ford performance cars for many years to come,” says Farley.