2012 has been quite a year for London: the moist merriment of the Jubilee flotilla, the ubiquitous joy of countless gold medals, and now this – Chelsea Auto Legends.

As a winner of a pair of tickets to this year’s event courtesy of the MyCarHeaven team, I was delighted when they asked me to do a write-up on the event, so here goes.

Held in the grounds of the Royal Hospital, the event glistens with gleaming brass buttons and shimmering, pristine lawns. The heartwarming presence of the Chelsea Pensioners in full scarlet regalia lends a unique splash of colour to an event that has been growing in stature and repute for the last three years. 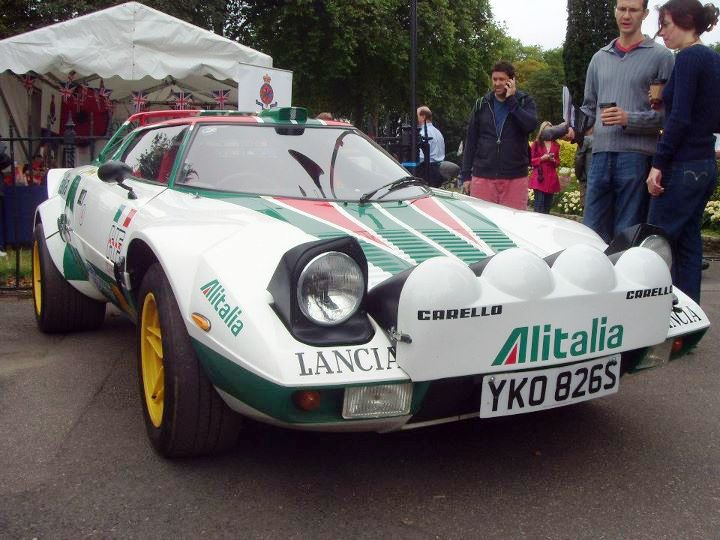 CAL 2012 encompassed a broad spread of automotive delights, poking into various corners of the petrolhead’s high-octane attic. There was a collection of brutal Group B rally cars hiding amongst the trees, a bevy of throttle-hungry bikers down from the Ace Café, and more modern supercars than you could shake the proverbial stick at. 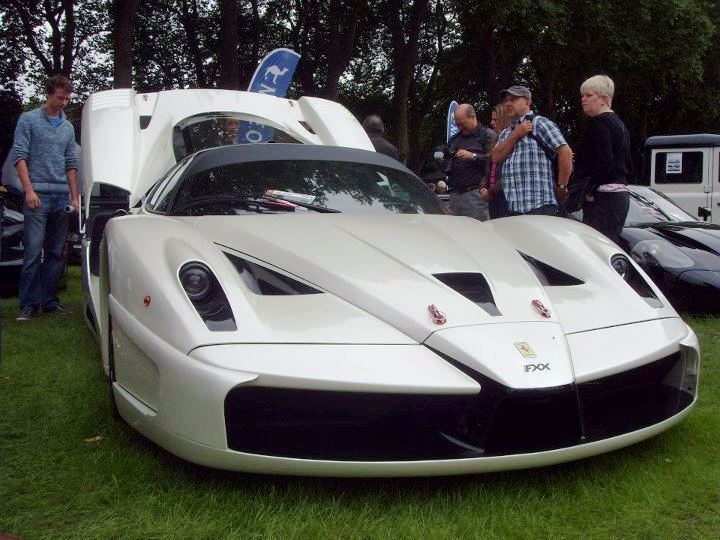 The central lawns were teeming with Italian exotica and Le Mans legends, while a variety of film cars and squad cars kept the youngsters amused. Numerous cars present boasted impressive historical import: the Mini Cooper, for example, that featured a copy of Autocar on the parcel shelf showing its use as an original 1963 test car, and the Allard Chrysler dragster, which was Europe’s first dragster and has been lovingly restored by a charitable concern. And of course there were modern icons as well, most significantly in the form of the Bloodhound SSC, a supersonic car the size of a bungalow, designed to break the 1,000mph barrier by basically just smashing the surrounding air to pieces. An interesting counterpoint to the serene surroundings of the show… 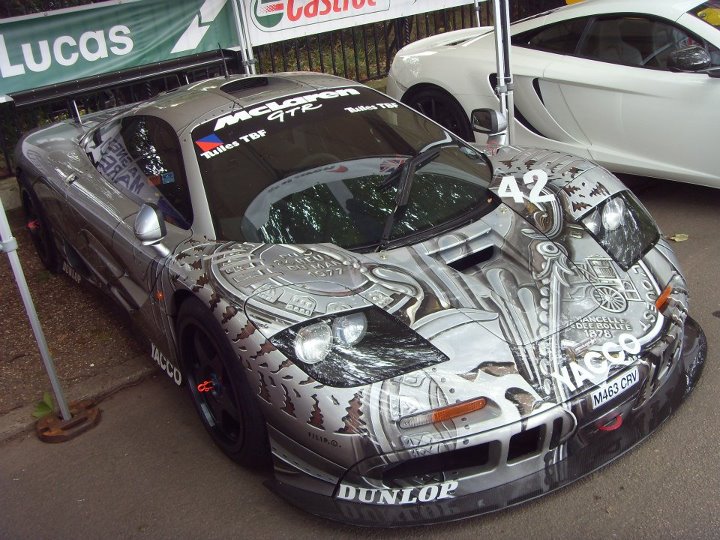 What was truly impressive was the sheer variety of cars on display. You simply couldn’t guess what was going to be around the next corner as you wandered through the grounds – TVR Sagaris, MGB GT, Ferrari FXX, Ford Capri, Lamborghini Jarama, they all rubbed shoulders in a brilliantly eclectic palette of classics, modern classics, nostalgic heroes and aspirational dream machines.

The overall aura of the event suggests something more mature and established than its tender years, feeling like a little slice of Goodwood transplanted onto the banks of the Thames; the atmosphere was casual, relaxed and family friendly, with real thought put into layout and facilities. (You don’t get fancy hand soap in the lavs at the Festival of Speed…)
This is a show that’s only going to get bigger as the years pass – the venue, the ethos and the enthusiasm all conspire to create something memorable and rather fantastic. Be sure to pencil it into your diary for 2013…