The biggest, boldest and most daring Top Gear Live comes to Birmingham’s NEC during the autumn half term week from 25-28 October.  Hosted by Jeremy Clarkson, Richard Hammond and James May – the three presenters from the BBC’s massively popular Top Gear television show – together with driving legend The Stig.  You could go courtesy of MyCarHeaven (see how below). 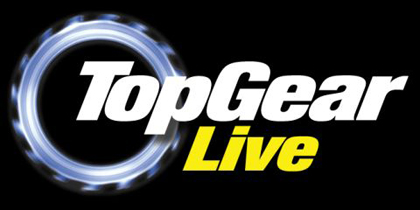 Providing unprecedented entertainment for the entire family is Top Gear Live’s goal this year, so it’s the first time that the show will run during the school holidays.  Making this enormous event even more accessible, a ‘Kids Go Free’ promotion is available for accompanied children (aged between 5 and 15 years old) on Thursday and Friday, while special ‘Family Tickets’ are on offer for both Saturday and Sunday.  Despite this expansion, general adult admission tickets remain the same price as last year and are now on sale from just £49*. Full details are available via the  topgearlive.co.uk website. Visitors are strongly advised to book early not only to reserve the best seats for live shows but also to avoid disappointment as the most popular performances are guaranteed to sell out quickly.

.
“For the first time ever, Top Gear Live will be focused on just one venue, enabling us to provide a more spectacular show on a much larger scale for 2012,” confirmed James Cooke-Priest, Top Gear Lives’ Chief Operating Officer. “The strategic move to the half term week, plus our great value kids and family ticket offers, will allow even more fans to enjoy the full on Top Gear experience. To cope with this extra demand, we have increased both capacity and foot print of the event. With it’s very central location, vast car parks and good public transport connections the NEC is the perfect venue as it’s easily accessible for the whole of the UK.”

Following in the tracks of the 2011 show, this year’s format will once again feature the three major attractions: the Arena Show, action-packed Live Track and exhibition.  Featuring the incredible Top Gear Live Stunt drivers, the world’s most beautiful cars and some outrageous challenges, the Arena Show is hosted by the indomitable trio of Clarkson, Hammond and May. 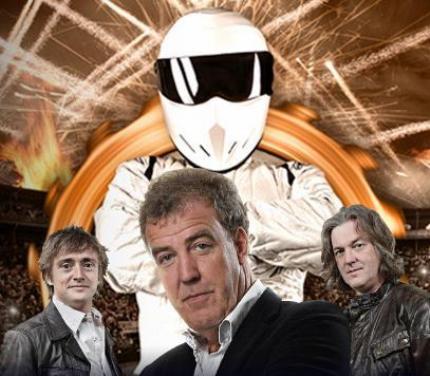 “Last year we staged indoor chariot racing and various other such events, all with a Top Gear twist, as part of our very own ‘sporting’ festival. But now someone else seems to have pinched that idea, so we’re busy dreaming up something on an even grander scale,” said Clarkson. “That probably means faster supercars, louder explosions, more high-flying antics and almost inevitably even bigger cock-ups, crashes and arguments, not to mention even more fluffed lines. A bigger show is great as it will make Richard seem even smaller and means James will spend even more of his time lost wandering around in the back stage shadows. And, on that bombshell, I’d start buying tickets right now.”

.
While Clarkson, Hammond and May will be doing what they do best in fronting the nine Arena performances over the four days, the show’s tame racing driver, The Stig, will be behind the wheel on the Track, joined by a host of guest drivers and star cars.
Running alongside the Arena and Track activities is the Top Gear Live Exhibition – an interactive automotive showcase like no other with vehicle manufacturer displays, gear, gadgets plus a host of props from the Top Gear studio and some of the most famous cars to have appeared on the show.

Top Gear Live tickets are on sale now. So if you haven’t entered our competition to win some complimentary tickets, you’d better move quickly to secure some. Tickets can be won via us or booked from the Top Gear live website or by calling 0871 230 5588.

If you’d like to win a pair of tickets to this event, leave us a comment below to tell us why you’d love to go, you never know, it could be you and a friend attending courtesy of the MyCarHeaven team.

8 comments on "Top Gear Live tickets. How much do you want to go?"