Four aero-engined cars, displacing a combined 135 litres and boasting over 2,800bhp, will take to Cholmondeley circuit in June.

Following a red-blooded display of fire-breathing exhausts and smoking tyres on Top Gear (BBC2, 4 March 2012), the aero-engined BMW ‘Brutus’ will be making a star appearance at the Cholmondeley Pageant of Power (15 to 17 June), the UK’s biggest celebration of power and speed. 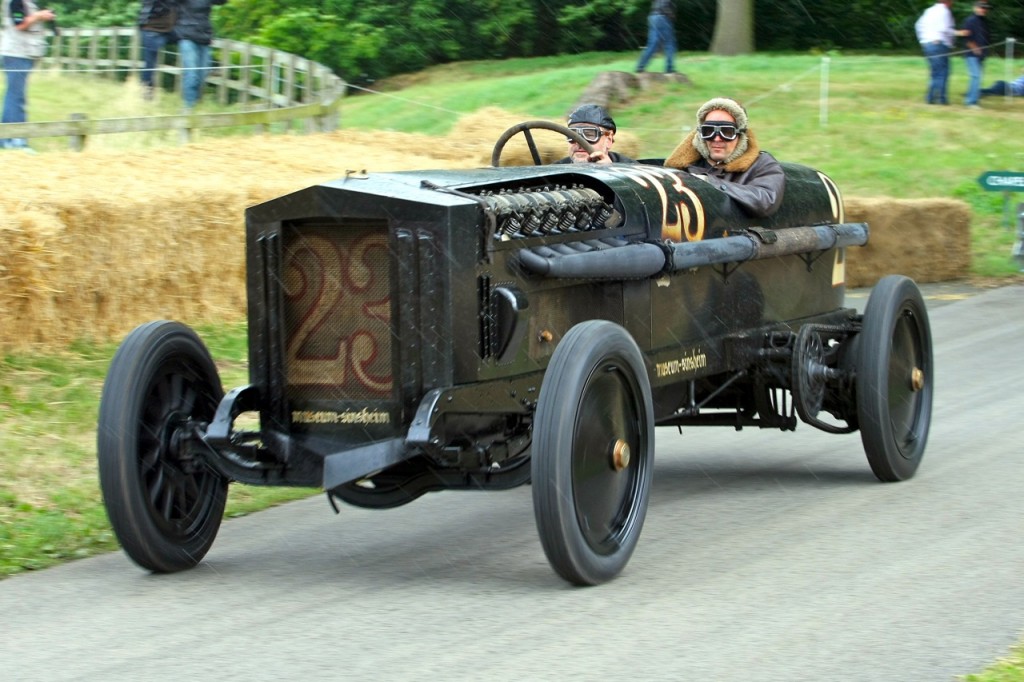 The three-day Pageant will play host to a weird and wonderful collection of early 20th-century cars that are powered by aeroplane engines, with the 500bhp Brutus taking centre stage on the track and in the paddock. Germany was forbidden from creating military aircraft after World War I, so, with large numbers of aeroplane engines spare, this 46-litre experimental project was created.

While Brutus is normally on display at the Auto & Technik Museum in Sinsheim, Germany, this automotive marvel will be making a special trip to the UK for Pageant crowds to experience for themselves.

Other aero-engined cars at the 2012 Pageant of Power will include a 23-litre Maybach Zeppelin (affectionately known as ‘Chitty Bang Bang 1’, one of four celebrated 1920s English race cars believed to have inspired the creation of the fictional Chitty Chitty Bang Bang), the 24-litre Napier-Bentley and the fearsome 42-litre Packard-Bentley. Including Brutus, the combined power output for these four cars totals more than 2,800bhp.

James Hall, Event Director for the Cholmondeley Pageant of Power, said: “Aero-engined cars are a rare breed, but these are some of the most fascinating and exhilarating machines people are likely to ever encounter. We can’t wait to see what the crowds make of these unique cars, as there is simply nothing else on the road that can match them for sheer drama.”

Now in its fifth year, the Cholmondeley Pageant of Power will take place on the Cholmondeley Estate in Cheshire from 15 to 17 June. A full event schedule and list of participants will be announced over the coming weeks, with Pageant organisers set to reveal some exciting new additions and features for 2012.

The 2012 Cholmondeley Pageant of Power will be open to the public from 15 to 17 June at Cholmondeley Castle, Malpas, Cheshire. It was awarded Best Tourist Event in Cheshire in 2010 and runner-up in 2011. Gates open at 8.00am every day, and, until April, adult tickets start at just £18 with children entering free. Adult tickets for the fireworks concert event on Saturday 16 June start at £20, while child tickets start at £5. For more information about the Pageant or to book tickets, visit www.cpop.co.uk or call 01829 772432.