The organisers of the 2012 Cholmondeley Pageant of Power have confirmed that they will have a “licence to thrill” with the Bond in Motion line up.

In association with the National Motor Museum, Beaulieu, who are hosting the Bond in Motion exhibition that celebrates 50 years of the iconic British spy’s presence on the silver screen, the 2012 Pageant will showcase some of the machinery that starred alongside Pierce Brosnan. 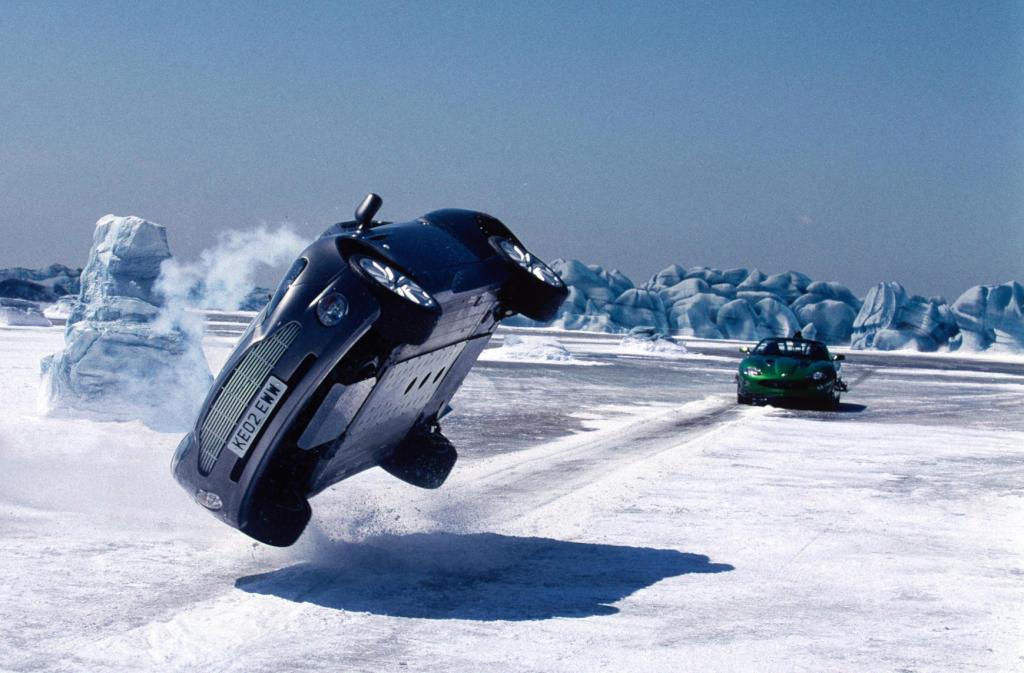 Cars on show during the three-day event will include the Aston Martin V12 Vanquish from DIE ANOTHER DAY. Featuring in the 20th Bond film, the car featured an ‘Adaptive Camouflage’ cloaking system, which allowed it to become invisible to the naked eye at the push of a button. The Vanquish was also equipped with a generous quota of Bond gadgetry, including twin .50-calibre auto-cannons, rocket projectiles, dorsal target-seeking shotguns, and a passenger ejector seat – in homage to the original Aston Martin DB5.

Also on show at the 2012 Pageant will be the Jaguar XKR and Ice Dragster driven by Bond-villains Zao and Gustav Graves in DIE ANOTHER DAY, and the beautiful BMW Z8 from THE WORLD IS NOT ENOUGH.

The 2012 Pageant’s 007 celebration is a satellite exhibition of Beaulieu National Motor Museum’s ‘Bond in Motion’ season, which features many of the most famous Bond cars from the last 50 years. The exhibition is currently a major highlight of the museum’s celebrated automotive collection.

“We’ve announced many new additions for the Pageant of Power in 2012, and I believe that the Bond car celebration will be one of the most popular and memorable,” said James Hall, Event Director for the Cholmondeley Pageant of Power. “I can’t guarantee that we’ll be able to fire anyone from an ejector seat or launch any missiles, but crowds will certainly be wowed by these stunning cars.”

Alongside the Bond car celebration, visitors to the 2012 Pageant will also be treated to a 50th anniversary celebration of the seminal AC Cobra, as well as the appearance of a range of aero-engined cars such as the BMW ‘Brutus’ – featured on the most recent series of BBC2’s Top Gear.

Now in its fifth year, the Cholmondeley Pageant of Power will take place on the Cholmondeley Estate in Cheshire from 15 to 17 June 2012. A full event schedule and list of participants will be announced over the coming weeks, as Pageant organisers continue to reveal exciting new additions and features for 2012.

REMEMBER: See how you can win a pair of complimentary tickets to this years Cholmondeley Pageant of Power by clicking here.