A world record gathering of Ferrari‘s is the latest special birthday celebration announced for this summer’s Silverstone Classic powered by the AA (20-22 July 2012).

This year marks the 25th anniversary of the remarkable Ferrari F40, the incredible supercar rated by many ‘cognoscenti’ as the finest showroom model to have been created by the revered Italian automotive company. Commemorating such an important milestone, the Ferrari Owners’ Club of Great Britain is organising the largest collection of F40s ever seen for 2012’s running of the world’s biggest classic racing festival. 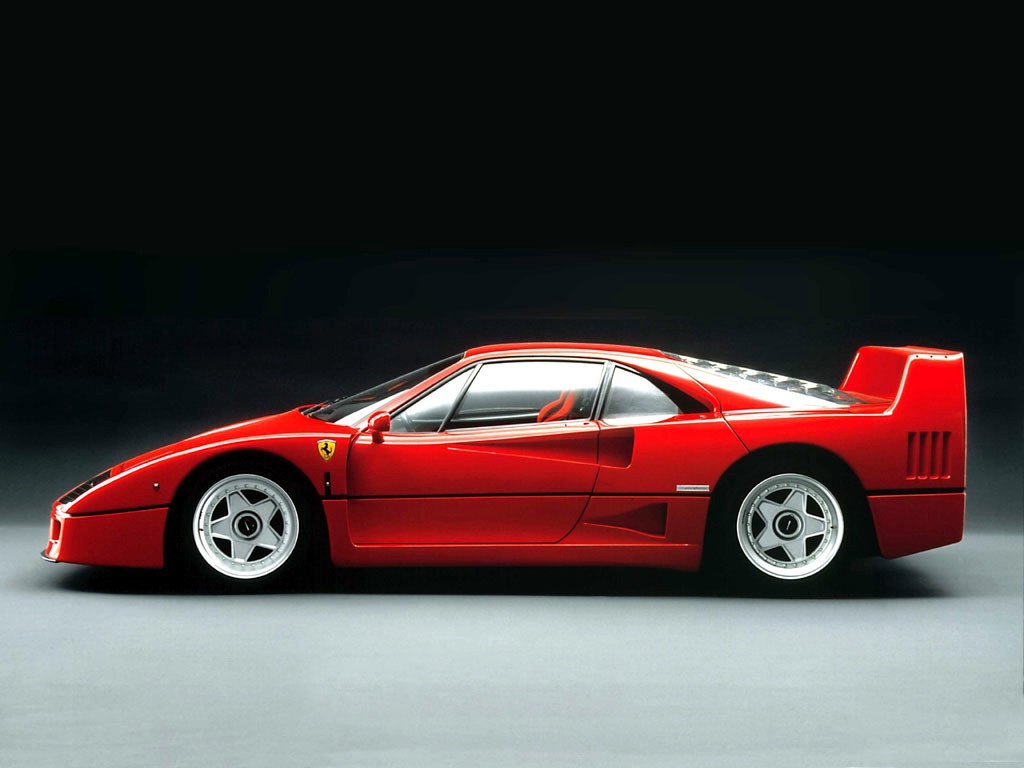 “Our original aim was to get at least 25 of these Ferrari’s together and, as I have contacted owners, I have been gratified that so many want to be part of the celebration – so much so that we now have more than 50 F40s registered for the event with more still to come!” reported Nigel Chiltern-Hunt, the club’s co-ordinator for this anniversary gathering and himself the owner of one of these most loved and admired of all Ferrari’s.  “A parade of those F40s present is planned for the Sunday and it undoubtedly will be the largest gathering of F40s ever seen anywhere in the world and will certainly beat the club’s own previous record of 40 F40s seen at the Silverstone Classic in 2007.”

First introduced in 1987 to honour Ferrari’s 40th anniversary, the mid-engined F40 was the final car commissioned by the Prancing Horse’s legendary founder Enzo Ferrari – as such it was specifically designed to serve as a dramatic and lasting testament to his track-developed, high performance supercar ethos. Blessed with a dramatic ultra-lightweight body designed by Pininfarina (featuring many carbon-fibre and Kevlar panels plus plastic windows) and propelled by a twin-turbocharged V8 developing 478 horsepower, performance was nothing short of phenomenal. Indeed the F40 was the world’s first 200mph production road car and has been widely hailed as ‘the greatest supercar’ of all time.

“Silverstone is the perfect place for Ferrari to be celebrating this important milestone in the incredible F40’s history,” said Nick Wigley, Silverstone Classic Event Organiser. “It was, of course, at Silverstone in 1951 that Ferrari achieved its first grand prix win and, since then, the circuit has witnessed countless more Ferrari victories, most recently when Fernando Alonso won last year’s British Grand Prix. With such a rich sporting history, it’s no surprise that so many fabulous Ferrari’s star in many of the major races staged at the Silverstone Classic. Now the promise of a record number of Ferrari F40s lining up on the infield is another major attraction. It’s a truly mouth-watering prospect that no supercar enthusiast will want to miss.”

As well as the Ferrari Owners’ Club of Great Britain, a host of other car clubs have already announced their own special celebrations at this summer’s huge three-day Silverstone Classic festival. These include 50th birthday celebrations for the AC Cobra, Lotus Elan and MGB plus the UK’s first BMW Z-Fest to mark 60 years of the BMW.

MyCarHeaven is delighted to inform you that we will be awarding 5 lucky readers a pair of tickets to the event.  Click here for more details.

Full details of the 2012 Silverstone Classic powered by the AA – including information on ‘Early Bird’ ticket offers and a comprehensive selection of on-site camping facilities – are available via the event’s official website.

Or even better, 5 lucky readers will have the chance to win a pair of complimentary tickets, to go on the Saturday 21st July 2012, which is probably the biggest day of them all.  FANTASTIC HEY.

To help your chances of winning a pair of tickets, ensure you register to receive our Newsletter (top right of website), so you will be informed as soon as we post the competition details. You can also follow us on Twitter.  Please feel free to let us know why you would like to go to this years Silverstone Classic, any stories you have would be all the better.