This Pininfarina designed Ferrari 250 GT SWB ‘SEFAC Hot Rod’ #2735, Sir Stirling Moss describes as “the finest GT car ever”.  That alone should get your attention and respect, but if it does not, just look at it, it is absolutely beautiful. 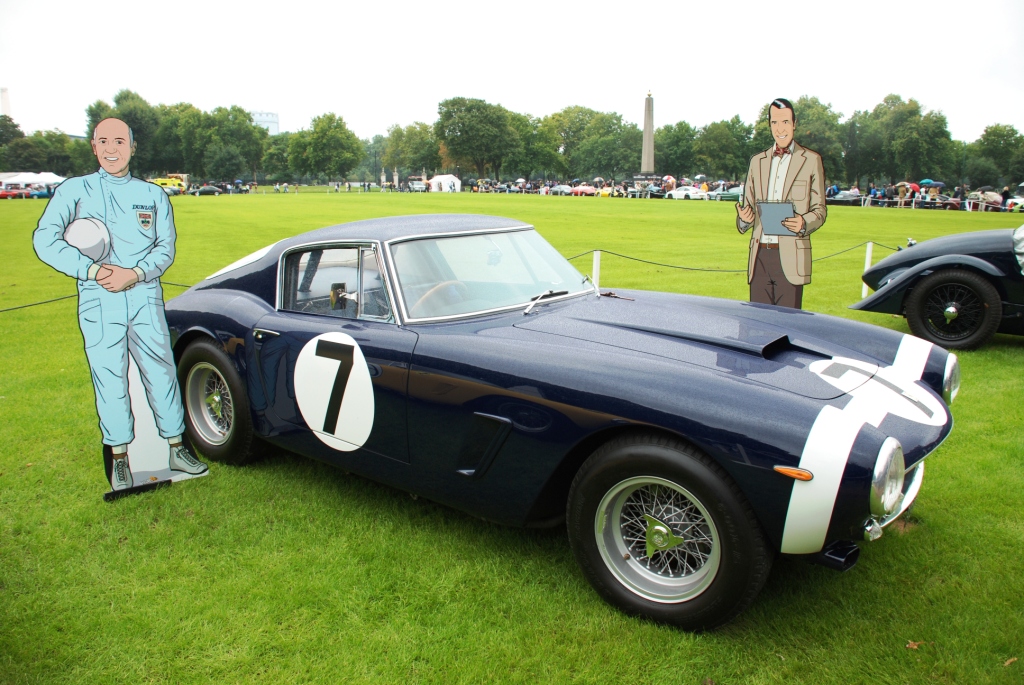 The car on show here at the 2011 Chelsea Autolegends event is chassis #2735GT.  This car was delivered new to Rob Walker and heavily campaigned in the UK by Stirling Moss. In this car he embarrassed the best British efforts from Aston Martin and Jaguar.

As the fastest GT in the world in 1961, Sir Stirling won 5 races out of 6 starts in this car including the prestigious Silverstone, Goodwood, and Nassau Trophy events.  Running 3rd at Le Mans, Sir Stirling also secured the GT lap record that year co-driver with Graham Hill.  In 1962 the third 60’s ‘great’ to drive #2735 was Innes Ireland at Daytona.

After Campaigning extensively in Britain, the car was rebodied by Carrozzeria Drogo for Chris Kerrison. This remained on the car until 1980 when a replica body by Grand Prix Metalcraft was fitted. The Drogo body was later fitted on 250 GTE 2+2 3611GT.

Long time owner Clive Beecham raced the car with the replica body with the ‘1SWB’ UK registration.  In 2007 he sent it to Ferrari Classiche in Maranello for a full restoration.  The 20-month job included casting a new competition spec 250 engine since the original was long gone.  Further modifications were done to the replica body to get the exact details and dimensions correct to delivery specifications as it was in 1961. Stirling Moss was reunited with the car and it later appeared during the parade laps at the 2009 Goodwood Revival.

It is a very rare car, with reports stating that between eight to twenty SEFAC Hot Rod’s were produced.  What a truly beautiful car?  So how many were actually made?  If you know the answer let us know.