The legendary Ferrari 250 GTO was more brutal than its predecessors, its muscle car appeal makes it one of the most collectible, and expensive, of all classic Ferrari’s. 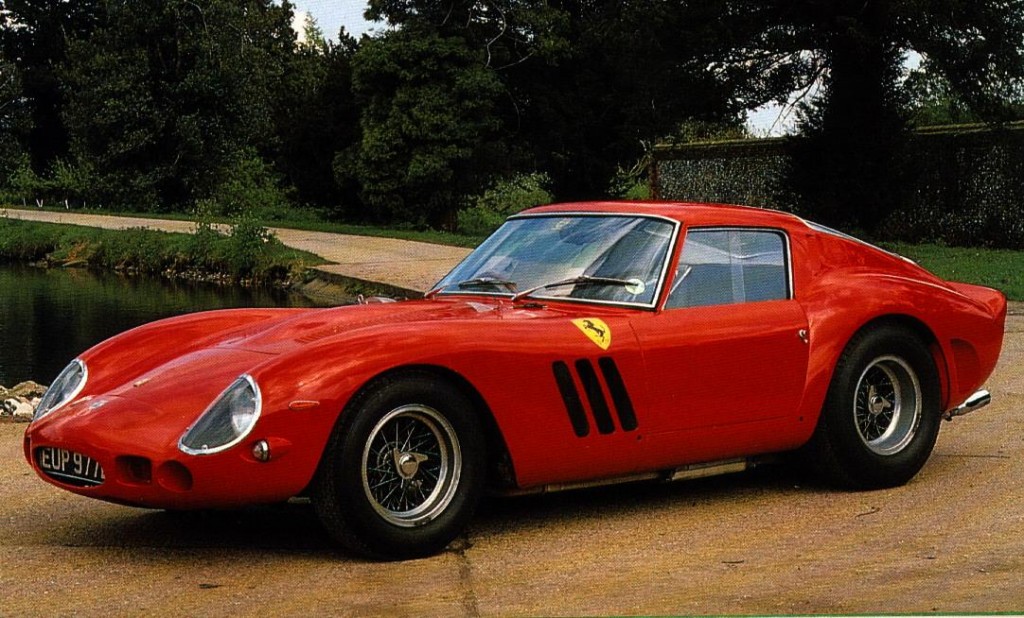 This is a very rare car, with only 39 GTOs made between 1962 and 1964, and even fewer of them remain alive today after hundreds of great battles on race tracks.

From the late 1970s to the late 1980s, classic car values rose rapidly and the 250 GTO, touted as the Ferrari that most successfully embodies the salient traits of the marque, became the most valuable of all Ferrari’s.  This is the most sought after, collectable and expensive of Ferrari‘s.  You will expect to pay over £10,000,000 if and when one comes on the market. 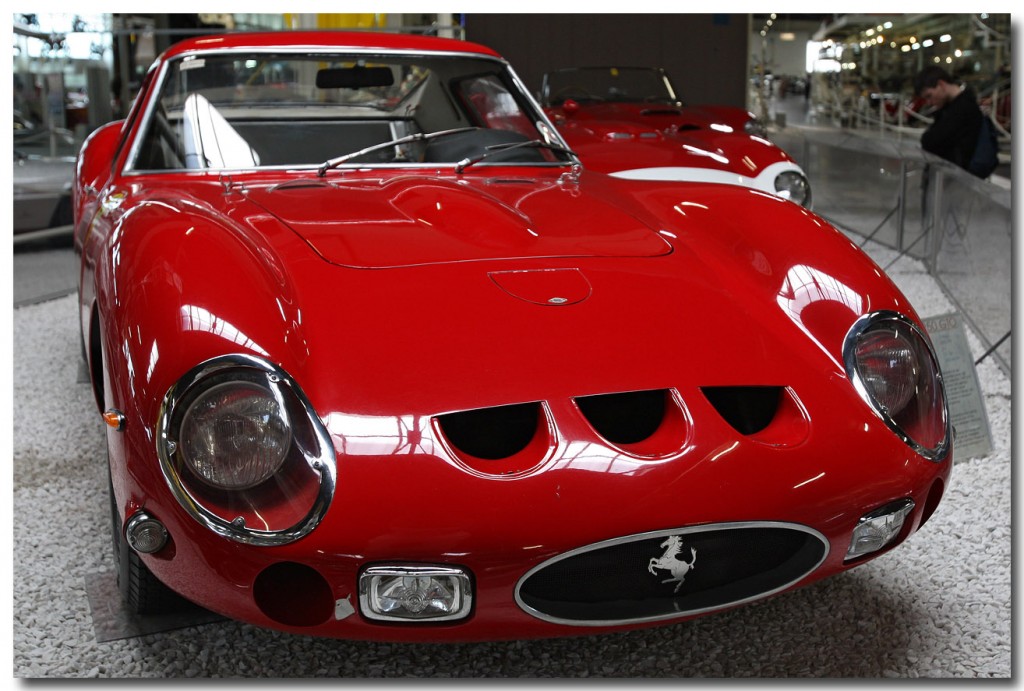 No other Ferrari road-race cars could match the success of 250 GTO on race tracks. Named “Gran Turismo Omologata”, or Grand Tourer Homologated in English, its target couldn’t be any clearer. While the 250 SWB Berlinetta was designed to be a road and race dual-purpose machine, the GTO set its sight firmly on race tracks, although it was still reasonably comfortable on regular roads. Based on the 250 GT SWB Berlinetta, Ferrari kept the short wheelbase, but changed much of the tubular steel frames bracing and suspension mounting joints to create extra stiffness. Suspension also was stiffened. As a result, it provided exceptional poise and balance on race tracks, although with some tradeoffs in ride comfort on public roads. 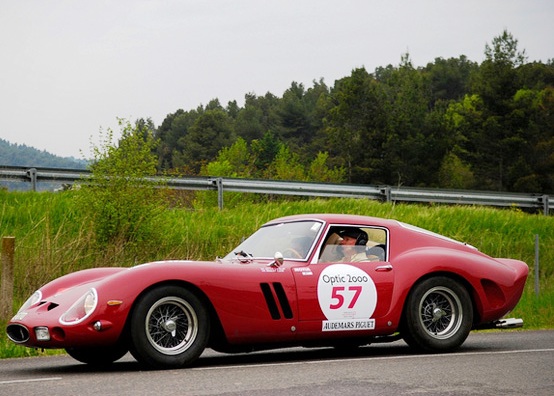 To compensate the extra weight due to the reinforcement, the GTO employed thinner steel tubes for its chassis frame, racing Plexiglass for side and rear windows and an almost stripped-out cockpit. However, the driving environment remained a masterpiece, thanks to a good-looking Nardi wooden steering wheel, chromed gauges and classic aluminum gated shifter. The GTO was probably the last racing car with a desirable interior.

For power, GTO adopted the 3-litre Colombo V12 used in the racing 250TR but made some modifications, such as bigger valves, 9.5:1 compression and dry sump lubrication so that it would fit the lower bonnet. The high-revving V12 produced 300 horsepower at 7500 rpm, or 100 hp per litre ! If any engines did not develop between 296 and 302hp on dynamometers, they would be rebuilt. The V12 was not only powerful, but also surprisingly tractable and linear in its power delivery. It mated with a new 5-speed gearbox, versus the SWB Berlinetta’s 4-speeder. 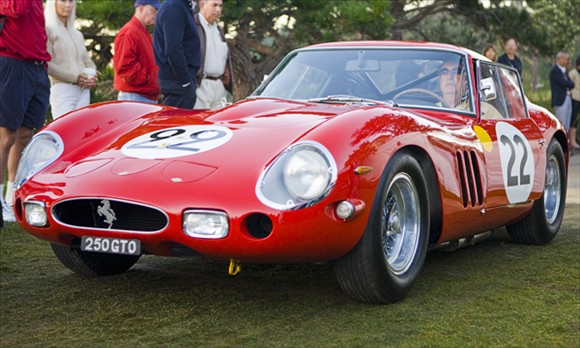 Considering the GTO weighed just over 1 ton, such power should translate into astonishing performance – people talked about 160 mph top speed and 0-60 mph in the low 5-seconds. In fact, the performance depended on the choice of final drive ratios (there were 8 of them to choose from). Choose the lowest ratio as the Le Mans-spec GTO and it could top 176 mph at the Mulsanne straight. Choose the highest ratio and top speed became only 129 mph, but acceleration from 0-60 mph could be done in an eye-poping 4.9 seconds. Unfortunately, it seems that no one was given the chance to verify the actual performance until 20 years later – in 1982, Motor magazine finally did a test, recorded 147 mph and 0-60 mph in 5.9 seconds. That was remarkable for a 20-year-old vintage.

Nevertheless, the most extraordinary part of GTO were the aerodynamics. At that time, wind tunnels were not available to the motor industry. However, Ferrari’s chief engineer Giotto Bizzarrini borrowed a university’s wind tunnel and spent a lot of time examining penetration, drag, lift and adhesion. Step by step, the GTO’s body evolved into a slippery shape with a body-integrated rear spoiler, which was first ever used on a road car. Unlike other Ferraris, the GTO was not styled by Pininfarina or Scaglietti, but the engineers based it on the laws of physics! 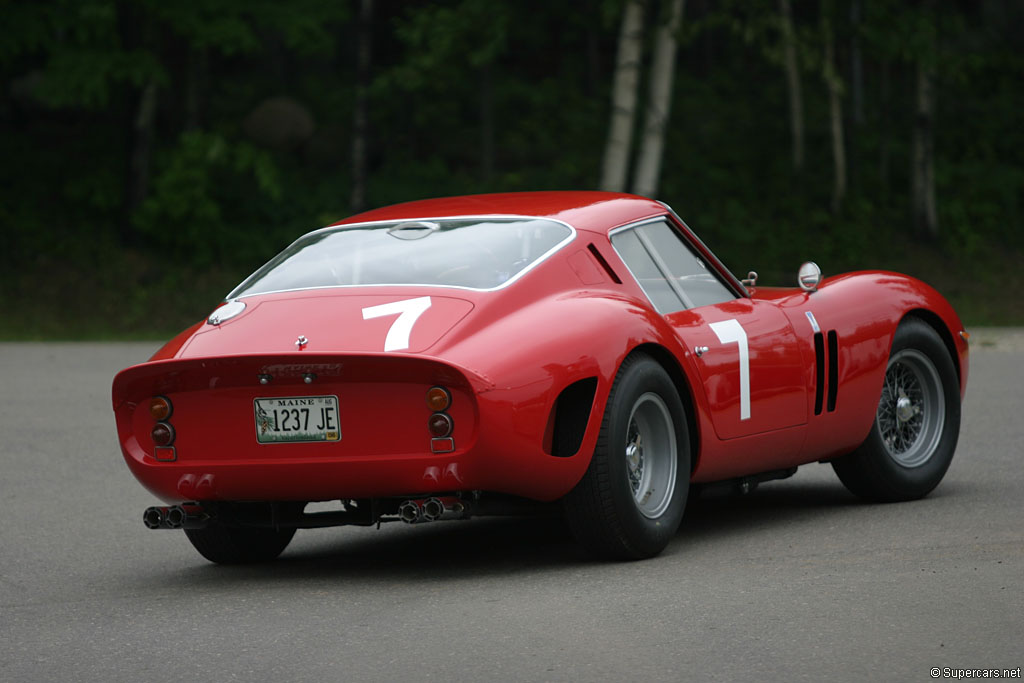 The work paid off on race tracks, as the car ran faster, yet far more stable than the SWB Berlinetta. The GTO dominated nearly all events, most notably the 3 consecutive World GT Championships from 1962-64.

Some automotive historians regard the Ferrari 250 GTO as the world’s first supercar. Some see it as the last front-engined sports car to dominate the motorsport world. Some say it was, and still is, the greatest Ferrari ever built. However, most agree it was the definitive Ferrari built by Enzo Ferrari, as it had all the ingredients he loved: front-engine, V12 and countless of race victories.

Is this the most beautiful car ever?  Let me know your thoughts…