View All
I am delighted to show you the garage of one of our readers, David Hunter, Colorado, USA.  David send me some pictures and some history to share with you. Hope you enjoy reading as much as I did.

Shown above we can see David’s 1969 Ford Fairlane in the driveway.  His parents bought it new in Boulder Colorado. They picked it up on Halloween night 1968. His dad wanted to get the Fairlane with the 428, 4 speed transmission and bucket seats, but he had a family with three kids so he ended up with the practical 351 Windsor, automatic transmission and bench seats. It is probably just as well as David got to drive the car in high school and college.  David said “I don’t think I would have made it through high school if I had a car with a 428”. 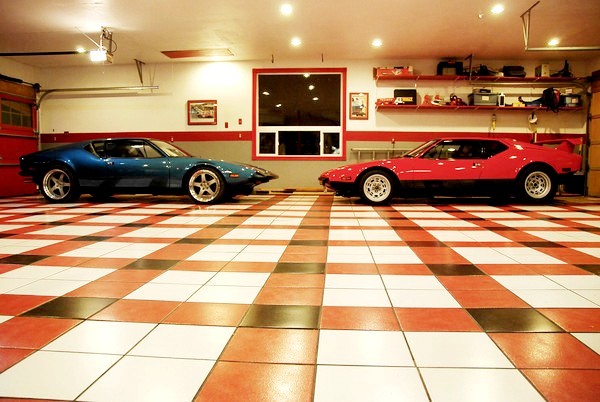 The red Pantera in the garage is David’s.  He had wanted a Pantera since he was 15 years old. His wife, Dawn, knew this and saved up her money for a number of years with the intention of getting a Pantera for his 40th birthday.  If only all our wifes thought this way! 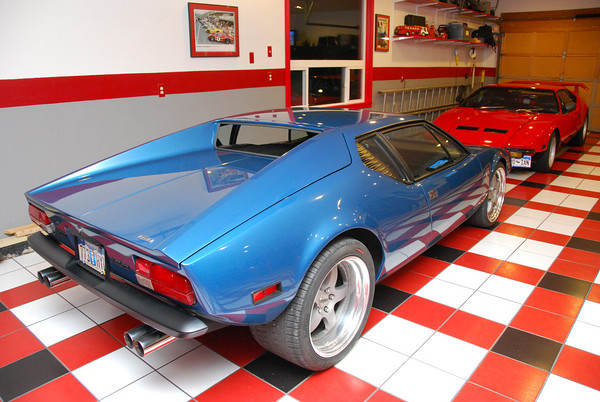 4 weeks before David’s 38th birthday, he unfortunately had a heart attack. Once Dawn knew he was going to make it through she decided to speed up her plan and get the Pantera for his 38th birthday. She found the car in Saint Louis, bought it and got it shipped to Colorado in less than 2 weeks.  David says, “I was quite surprised when I heard its distinctive rumble as my friend pulled it up to my birthday party. Dawn certainly earned herself infinite wife points for this. The other wives at the party were not too happy with Dawn for setting a new bar for birthday presents.”

David continues, “I had always thought that I had a nice unfinished 8 car garage until I joined the Colorado Pantera club. Once I joined the club I got to see some of the great garages that the other members had. Well Dawn didn’t want me to feel left out so she came up with the tile pattern design and then laid all 1600 square feet of tile and painted the garage walls to match. Now we host most of our parties in the garage.” 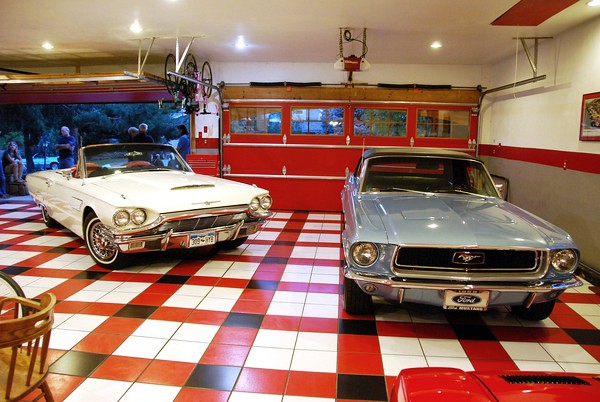 The photos shown here were taken at a gathering of the Colorado Pantera club. Some of the other cars show are a white 1965 T-bird owned by my parents, a 1968 Mustang owned by my friend Brock Myers, an Oldsmobile 442 owned by my friend Jim Verstrate and various spectacular Panteras.
Thanks David, lovely garage and some very beautiful cars within it.
If you have a beautiful fantasy garage and will allow me to show it on the site, send me pictures and information about the cars to willwynn@mycarheaven.com.

Morgan Celebrates 70 Years of the Plus 4 With Anniversary Edition