If you love Aston Martin’s or V8s, this is a book you must have in your collection.  Aston Martins have always been a passion of William Presland. Joining the owners club at just 14 years old, he has been a member ever since. When he was 18, he vowed to own an Aston Martin by the time he was 30. At the age of 28, he bought a DBS V8 which he continues to enjoy three years later. He decided to write this book because there were no others covering the entire production of the V8 range of cars. 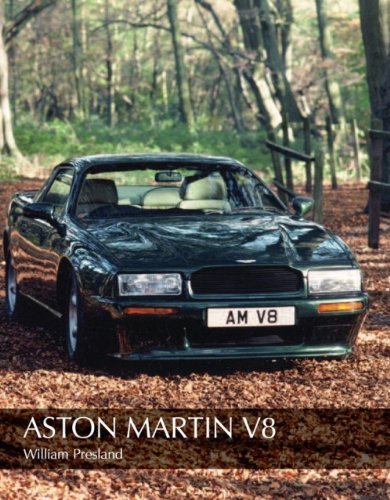 Development of Aston Martin’s V8 engine began in 1963 as a replacement for the six cylinder engines which had powered every model of Aston Martin since the 1950 DB2. In 1966 design work began on a new GT model and both car and engine were to be unleashed on the public in October 1967. With barely twelve months to complete the car, Aston Martin pulled it off, and the DBS was born.