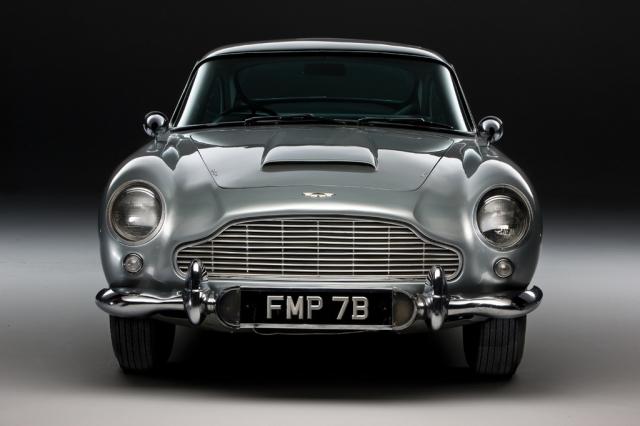 The Silver 1964 Aston Martin DB5 “FMP 7B” is returning to the UK following four decades of residence in America with its current and only ex-factory owner.   This particular DB5, car registration number FMP 7B was loaned to EON productions for filming and then went back to Aston Martin where it was subsequently sold to Jerry Lee, an American radio guy from Philadelphia, who paid the princely sum of $12,000 and has owned it ever since.

This authentic and sole-remaining car, one of the two original Bond Aston Martin DB5 movie cars, which is to be sold by RM Auctions in association with Sotheby’s, on October 27 2010, at RM’s annual “Automobiles of London” event, will be the star attraction at the forthcoming “Midsummer Classic” concourse event at Stoke Park Club on June 26 2010.  Event visitors will be able to see the 007 DB5 up close with its amazing “Q Branch” gadgets, conceived by Oscar award winning special effects expert, John Stears, all of which are in demonstrable working order.

As all James Bond affectionados will know, Stoke Park holds another signifgicance to “FMP 7B”, the country house hotel was used  by the filmmakers as the scene for the famous “golf match2 encounter between Bond and Goldfinger.