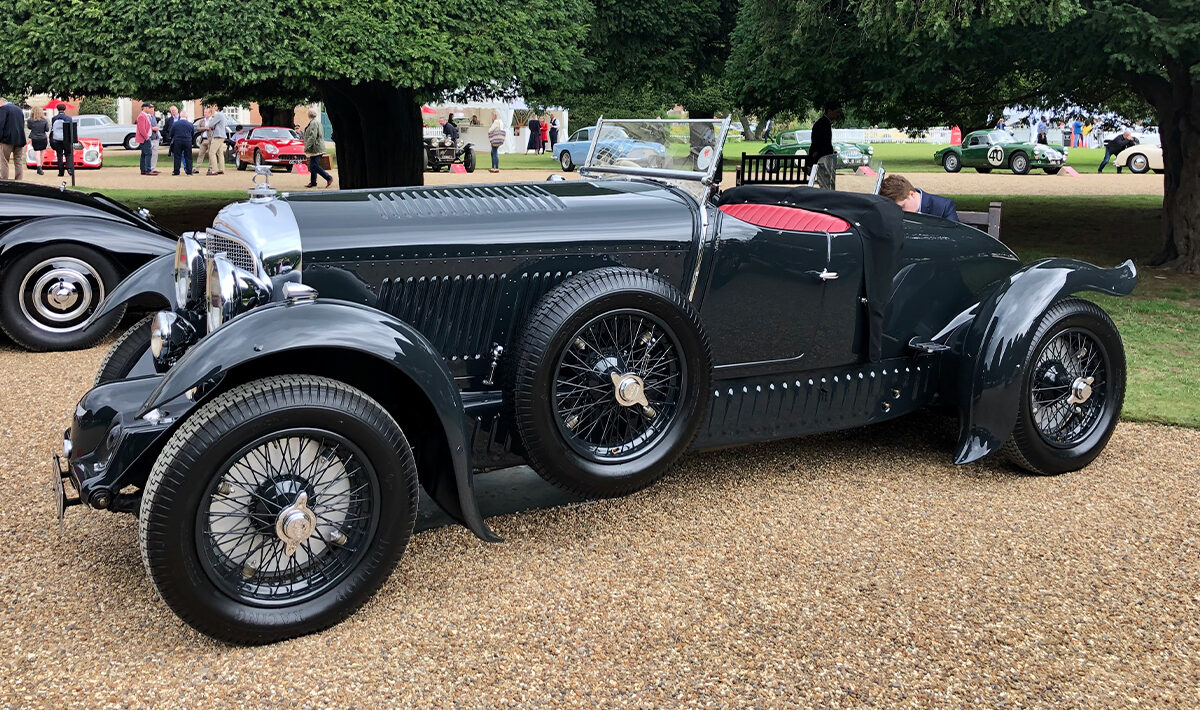 British financier and racing driver Woole Barnato was the original commissioner of the charismatic SM3909, a supercharged 2+1-seater 1930 Blower Bentley 4 1/2 Litre with rear cockpit by Gurney Nutting. Barnato was one of the Bentley Boys, a three-times Le Mans 24 Hours winner and chairman of the Bentley works from around 1926. He saved the company, but later sold it to Rolls-Royce in 1931.

SM3909’s initial registration date was November 27, 1930. It still carries its original GK 6661 numberplate today. The all-aluminium body built from Barnato’s personal sketches was of a sporting design, boasting distinct upturned back wings and a fishtail rear with lowered, flared ends.

The engine’s Roots-type supercharger was developed by noted engineer Amherst Villiers. It conferred many benefits beyond acceleration and speed. Its improved distribution allowed for smoothness at higher speeds, as well as tractability and docility at very low speeds over the standard 4 1/2 Litre. SM3909 had a central throttle pedal as featured on the 3 Litre, in addition to racing-inspired brakes on all four wheels. Sitting on a 10ft 10in-wheelbase chassis, the 175bhp powerplant propelled the car to a 115mph top speed.

Gurney Nutting elongated the original upturned rear wings and mudguards when Barnato gave SM3909 to his wife. However, by 1980 SM3909 was again wearing its authentic sporting, rakish body design, having been closely restored to its original configuration. Barnato’s personal cars were always rather special, and no less than Rivers Fletcher considered SM3909 during Barnato’s time to be:

“The best Blower Bentley ever, and I loved it!”

Absolutely stunning. We love it.