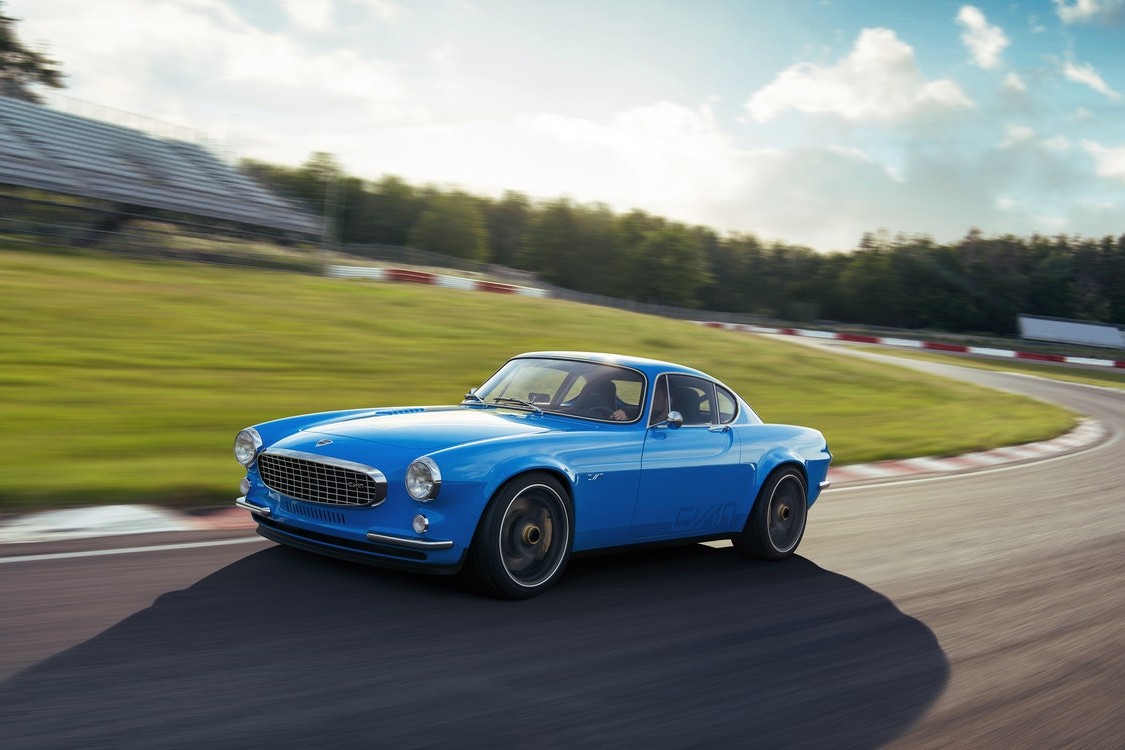 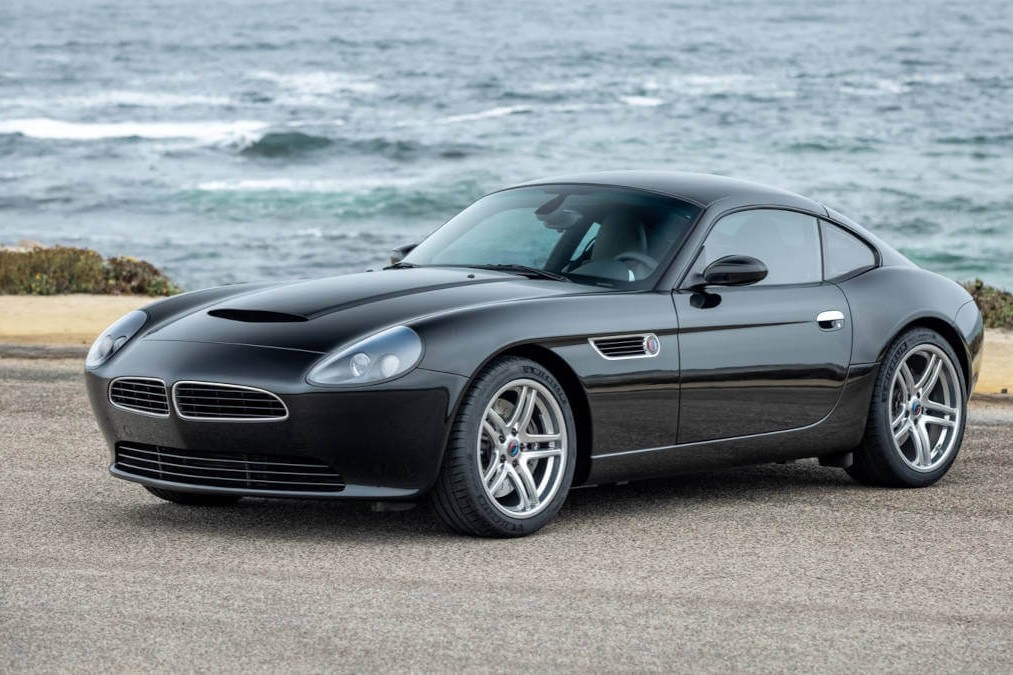 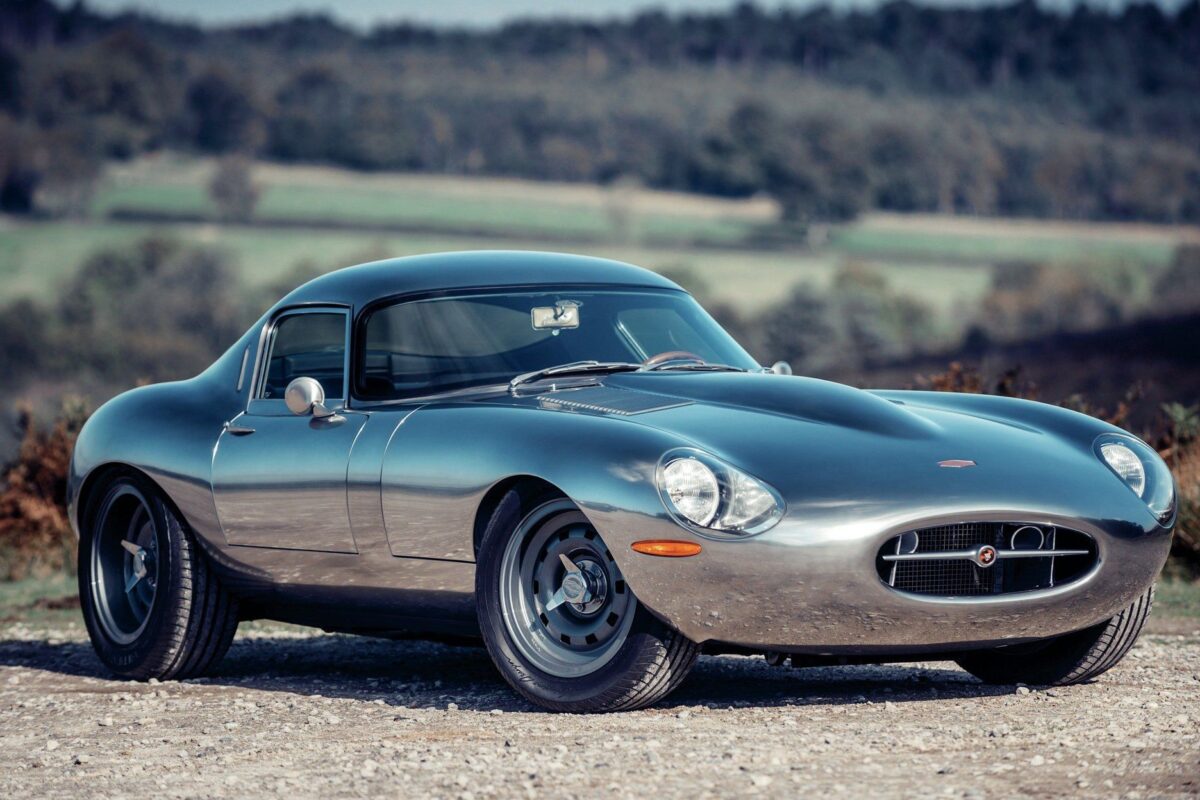 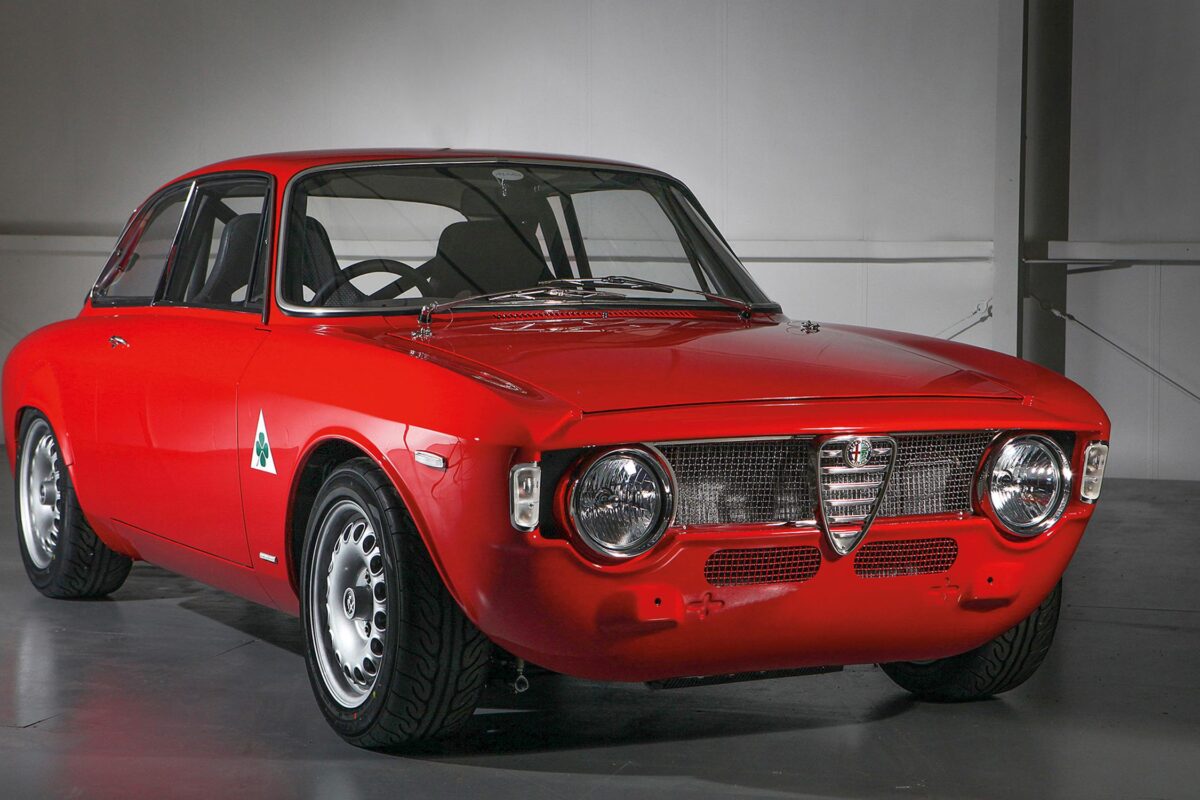 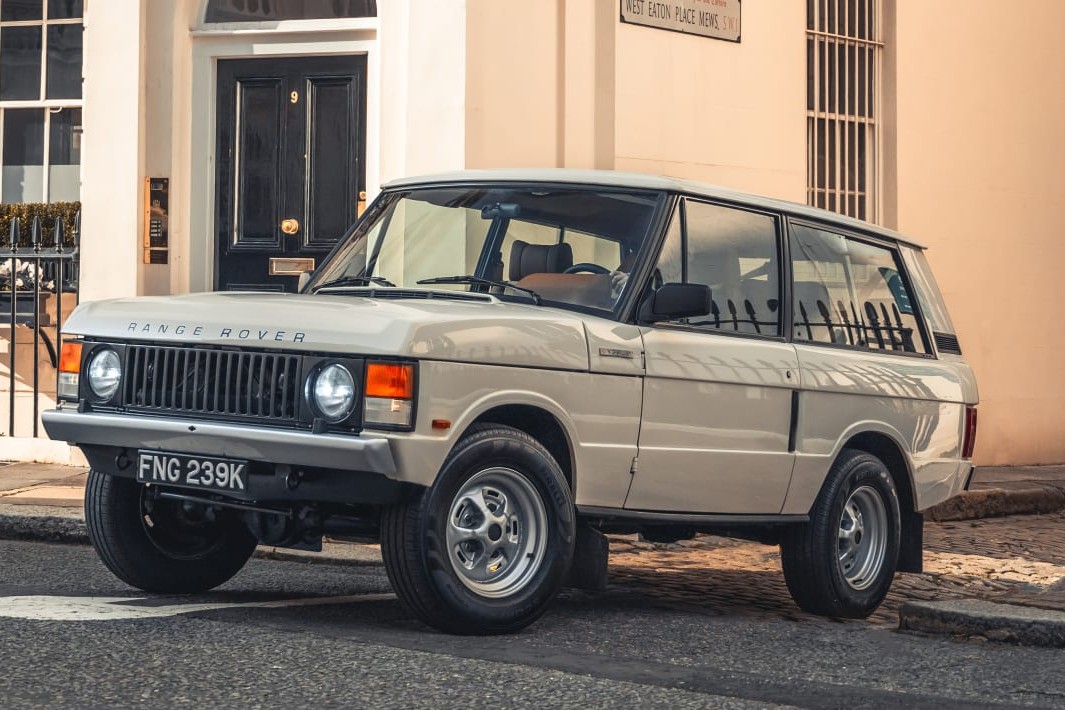 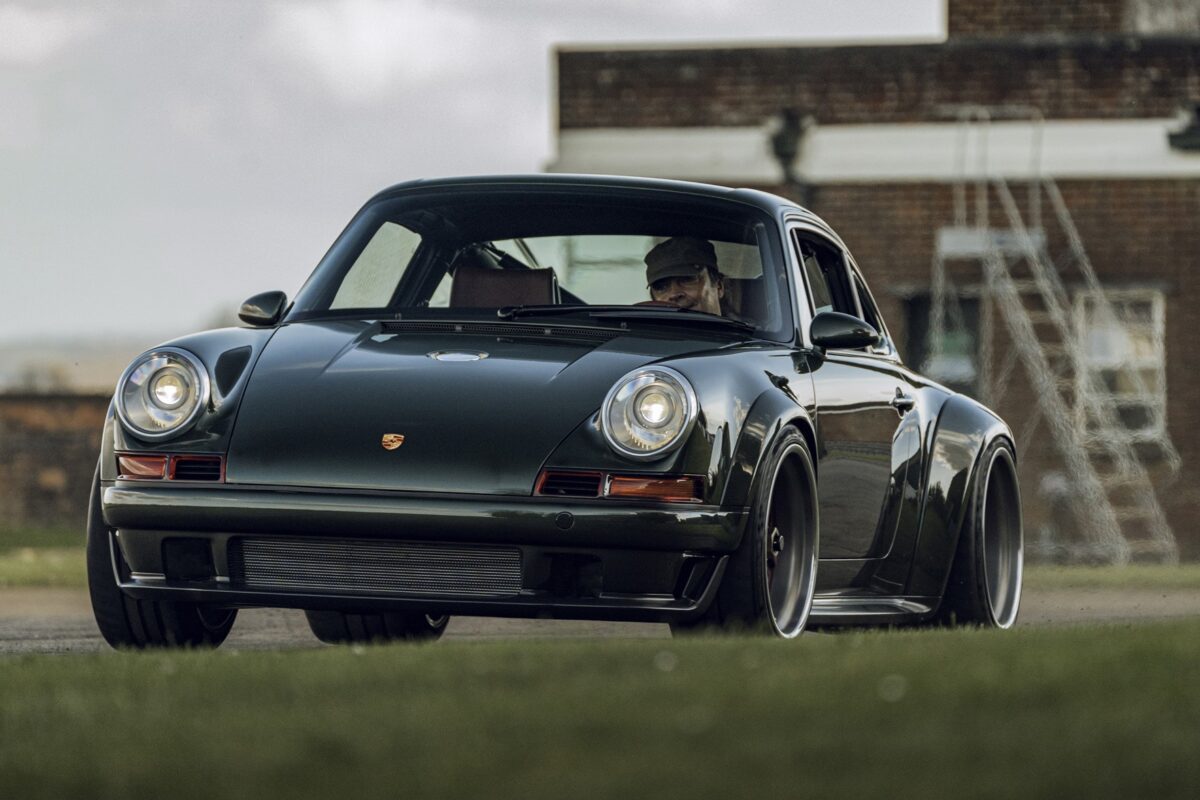 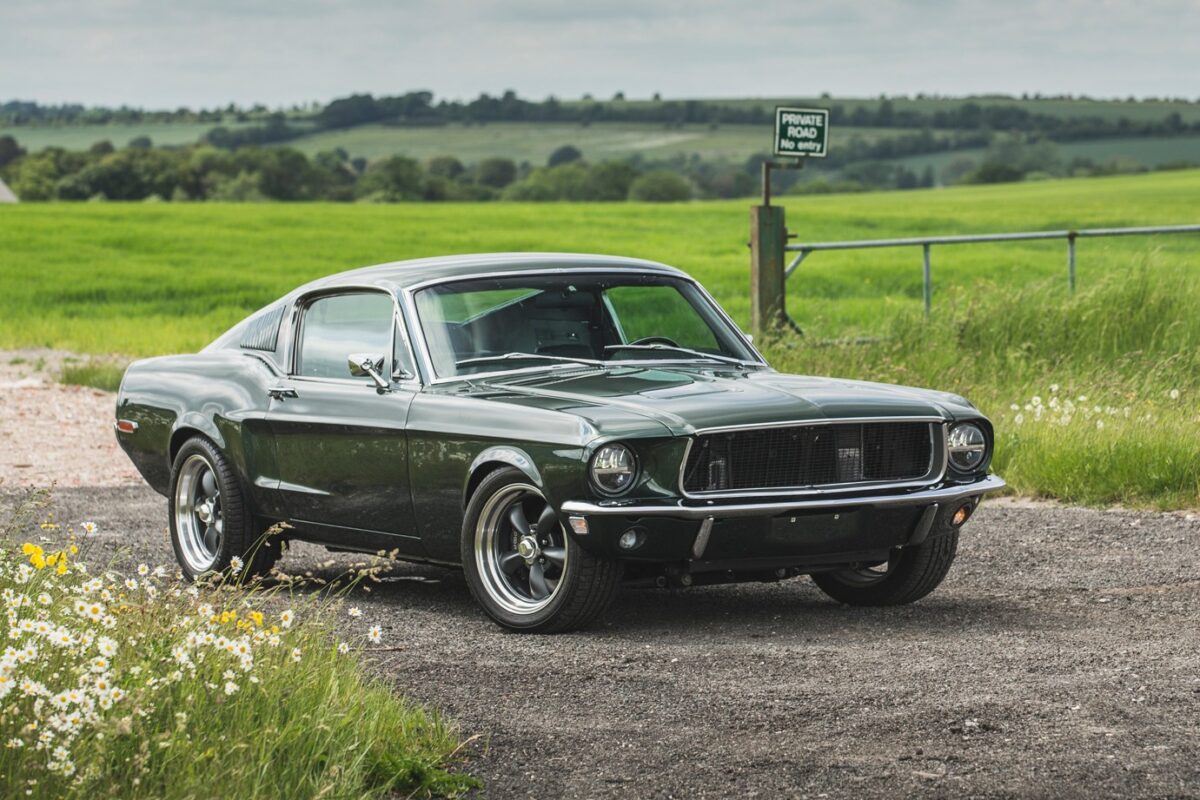 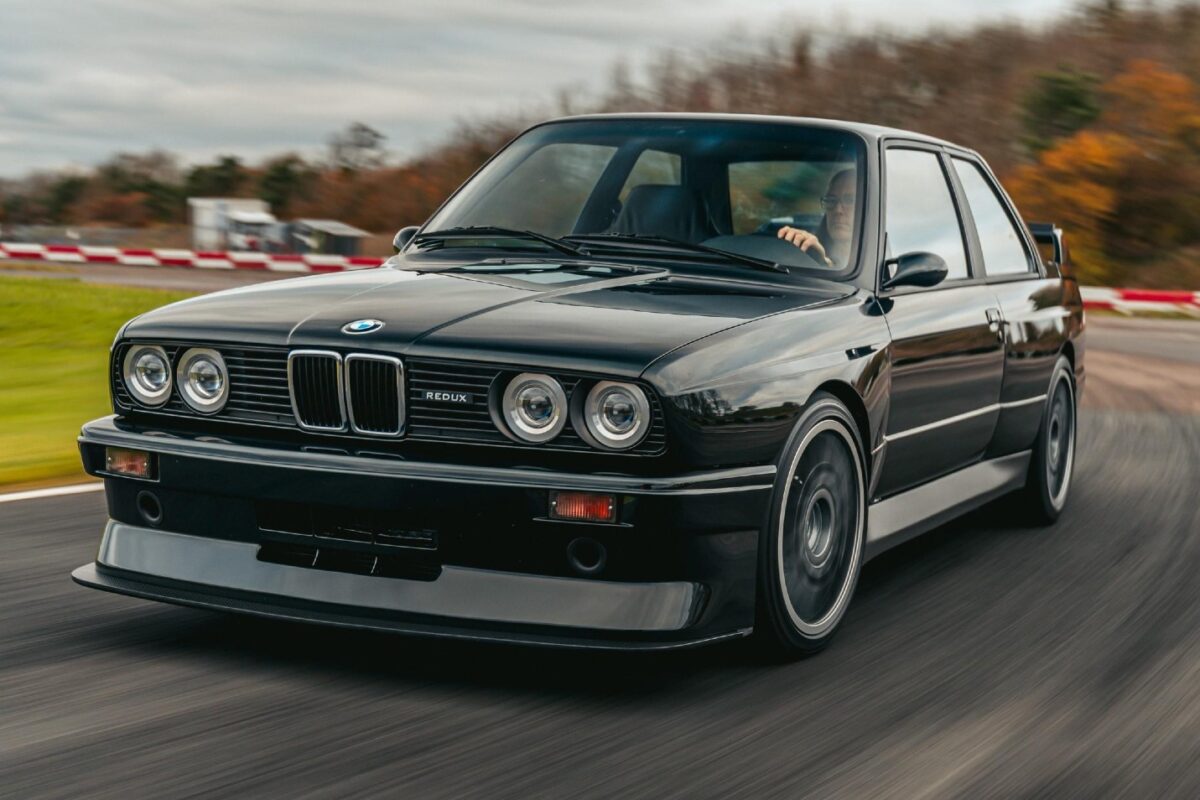 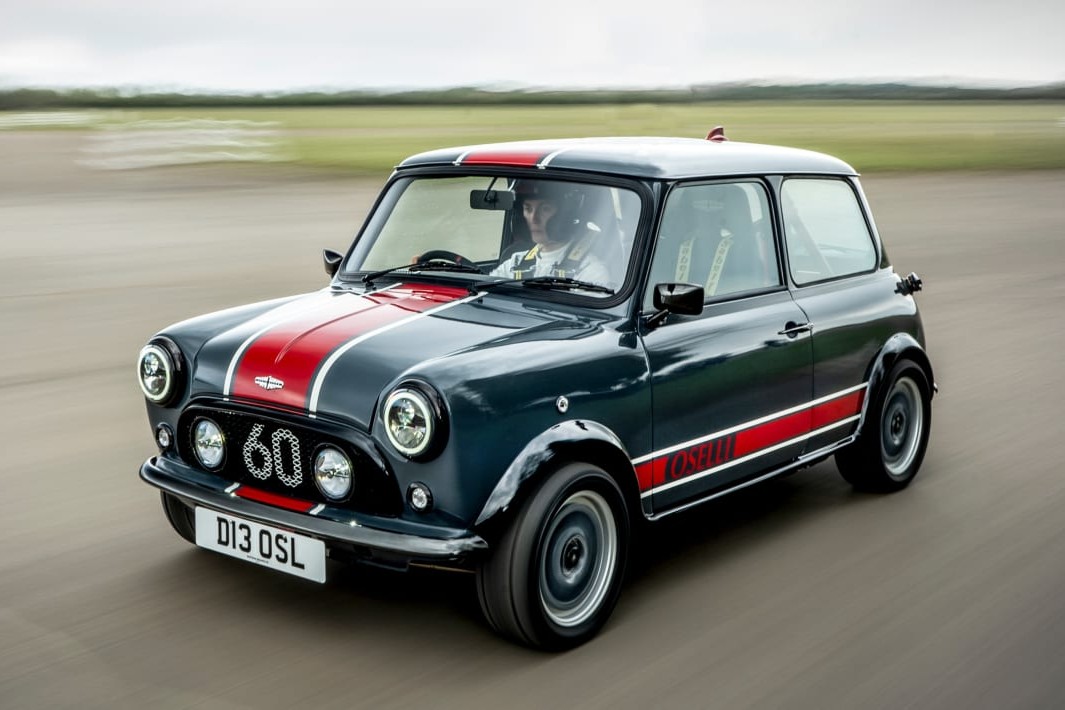 One of the biggest trends in the car community in the last several years is the restomods. This amazing category of custom cars had swept the industry by storm and introduced a wave of fresh air in otherwise a bit boring modified car scene. The term “restomod” has been constructed from “restoration” and “modernization” and basically sums up what the restomods are all about. Take the well-known and universally loved classic shape but install a thoroughly modern drive train, brakes, suspension and engine and effectively get a brand new car but in the old-school package. The idea is simple and genius, and in just a few years, restomod companies started popping up faster than IT startups developing smartphone apps.

The beauty of the restomod approach is in the fact that you can install and use just about anything, from different engines and components to modifying the body and overall look. The basic shape of classic car blank canvas and talented builders managed to introduce some fantastic shapes and designs fueled by their passion and freed from any limitations. Finally, you can have your favourite classic car but without fear of being unreliable or slow and filled with modern tech, infotainment system, cruise control and A/C.

Of course, there is always a downside, and in the case of restomods, it is the price. Yes, they all are pricey propositions and well over the budget of the average car fan. However, their price is justified with the share amount of work and engineering that goes into any of those models. Here is our selection of the ten most fascinating restomods for 2022.

It is hard to comprehend that a classic Mini can cost 135,000 pounds, but when you see the level of detail and how much work David Brown Automotive has invested in this tiny work of art, you will start to understand. It is hand-built and completely re-engineered with new suspension, brakes, gearbox, interior and countless other bits and pieces. Interestingly, engineers didn’t put a brand new engine from Cooper S since it would be too obvious, but thoroughly tuned the classic 1.45-litre four-cylinder and kept the carburettors. The result is a very lively and quick classic Mini, the perfect balance between old-school feel and modern technology and engineering.

The E30 M3 is already one of the most sought-after classic BMWs and a true legend of the racing car scene. However, this 80s icon is now pretty slow compared to newer cars, and its 0 to 60 mph time is matched by ordinary family diesel SUVs. But don’t worry since a company called Redux has the answer. They take the original M3 and enhance it in just about every way. The 2.3-litre has been slightly enlarged to 2.5, but the output is now over 300 hp which means that performance is now worthy of the M3 name. But this is just the beginning; the wheel arches are bigger, the suspension is entirely different, steering and brakes as well. The whole car is stiffened, with crucial structural improvements, keeping the original design and using only the best and lightest modern materials. For those purists out there who protest using the original cars, only 30 Redux BMWs will be built.

The classic Mustang is one of the cars that are perfect for restomod projects. The platform welcomes modification, and you can mix and match all the parts from Ford’s catalogue. But nobody does it better than Revology, which offers a range of Mustang models, all with brand new 5.0-litre Coyote V8, modern 10-speed automatic transmission, state of the art suspension, brakes and audio system. Depending on the customer’s specifications, Revology Mustang can look like original or be modified, so everybody knows that you are not driving the ’65 six-cylinder coupe. However, regardless of what package you choose, you will get one of the greatest looking cars of all time with the firepower to chase down your neighbour’s Porsche 911 in style.

The California-based restomod super company Singer has been at the forefront of this trend for over a decade with its selection of incredible and beautifully crafted 911s. However, in 2021, Singer introduced an ultimate classic 911 called DLS (Dynamics and Lightweight Study). It is again based on 964 generation 911 with design cues from earlier models, but this time, an enormous amount of attention has been invested in making it as light and fast as possible. The body has all been built out of hand-laid carbon fibre, but the real treat is the engine. With the help of the Williams racing team, Singer has developed a particular version of the 4.0-litre flat-six engine, which now produces 500 hp without the help of turbochargers. The suspension has been further modified as well as breaking, and despite the extremely high price, all planned units have been sold out already.

We all love classic Range Rovers. The recognisable style, spacious interior, comfort and off-road usability of those cars are legendary. So are the rust problems, troubles with electricity and overheating engines. All of that makes classic Range Rover a perfect candidate for restomoding, and UK company Kingsley realized that and is offering a wide range of models starting from perfectly restored examples all the way to fantastic, modernized Range Rovers with Chevrolet’s V8 under the bonnet, modern automatic transmission, comfortable interior, massive brakes and capable suspension. The Kingsley Range Rovers are highly regarded amongst the fans for having the same appearance but thoroughly modern feel as well as significantly improved performance, without any of the notorious problems older cars are known for.

One of the most recognisable classic SUVs is the 1966 to 1977 Ford Bronco. Simple, boxy and rugged, Bronco was the ultimate farm runaround and Overlanding vehicle, which enjoys enormous rise in interest both by hipsters looking for perfectly restored ones and restomoding companies. In fact, ICON was one of the first outfits to offer re-engineered off-road vehicles, and Bronco is one of their most popular products. They took the original Bronco, stripped it to the bare metal, enforced the chassis, installed brand new suspension and state of the art components and put a 5.0-litre V8 under the hood. Once slow, Bronco is turned into an off-road hot rod with over 450 hp under the hood and suspension, which can cope with almost anything.

The Alphaholics’ GTA-R is a refreshingly simple, mechanical, pure driver’s car with just a 2.3-litre four-cylinder engine and about 240 hp, stripped-down interior and absolutely no luxuries. So, why does it cost over 300,000 pounds? Well, the devil is in the details, meticulous dedication to every last bolt, incredible weight savings and impressive craftsmanship, which is visible in every part of this car. For that price, you will get the ultimate Alfa Romeo Tipo 105 coupe with a performance that will astound you due to sub 900 kg curb weight. The GTR-A has incredible driving dynamics and a pure driving sensation and proves that less is more when the enthusiasts’ cars are in question.

Jaguar E-Type is one of the world’s most accomplished designs, and that is why it is very hard to improve on perfection. But famous restoration company Eagle managed to do just that with few models. Eagle Speedster is one of them, and Eagle Low Drag GT is another. Based on standard E-Type chassis but covered in the aluminium body, which resembles the famous Low Drag racing cars from the mid-60s, this gorgeous creation is filled with custom touches, re-engineering components and a completely new six-cylinder engine. With a displacement of 4.7-litres, the famous XK unit now delivers 345 hp, which might not sound as much, but if you know that overall weight is just over one tone, you will understand how lively and fun it this car really is.

Before you dismiss this car as just a BMW Z8 coupe, give us a moment. Yes, it looks like Z8 Coupe (which BMW never produced, by the way), but it is not. It is based on a Z4 roadster but gone is a straight-six engine, and a fully sorted 4.4-litre V8 from M3 GTS has its place. The body is an entirely new and gorgeous take on Z8’s incredible retro-futuristic design. The car is slightly smaller than Z8 but far more capable thanks to the special suspension, 6-speed manual and 450 hp on tap. Two brothers who built this car intended it to be a proper Porsche GT3-rival, so the weight was kept low, and brakes are way improved than anything BMW offers in their road-going cars.

The Cyan isn’t exactly a household name, but if you know that it is Volvo’s motorsport department and builder of one of most successful restomod cars, you will ask yourself why this brand isn’t better known. When they are not constructing championship-winning Volvos, Cyan is busy making P1800, a fantastic restomod based on beautiful P1800 coupe from the 60s. Even though there is little change from the outside, practically everything is new, starting with a 414 hp, 2.0-litre turbocharged engine, trick suspension and brakes, racing-spec gearbox and lightweight body. In order to have as much performance as possible, Cyan made this P1800 extremely light and installed only the bare essentials, so the drive is extreme as it gets. The price of 400,000 pounds is still very steep, but if you know that Eagle Low Drag GT is twice that, the P1800 Cyan is actually cheap! 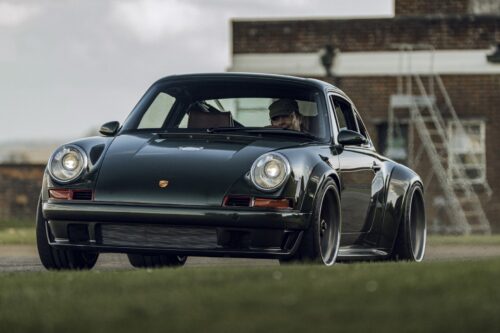