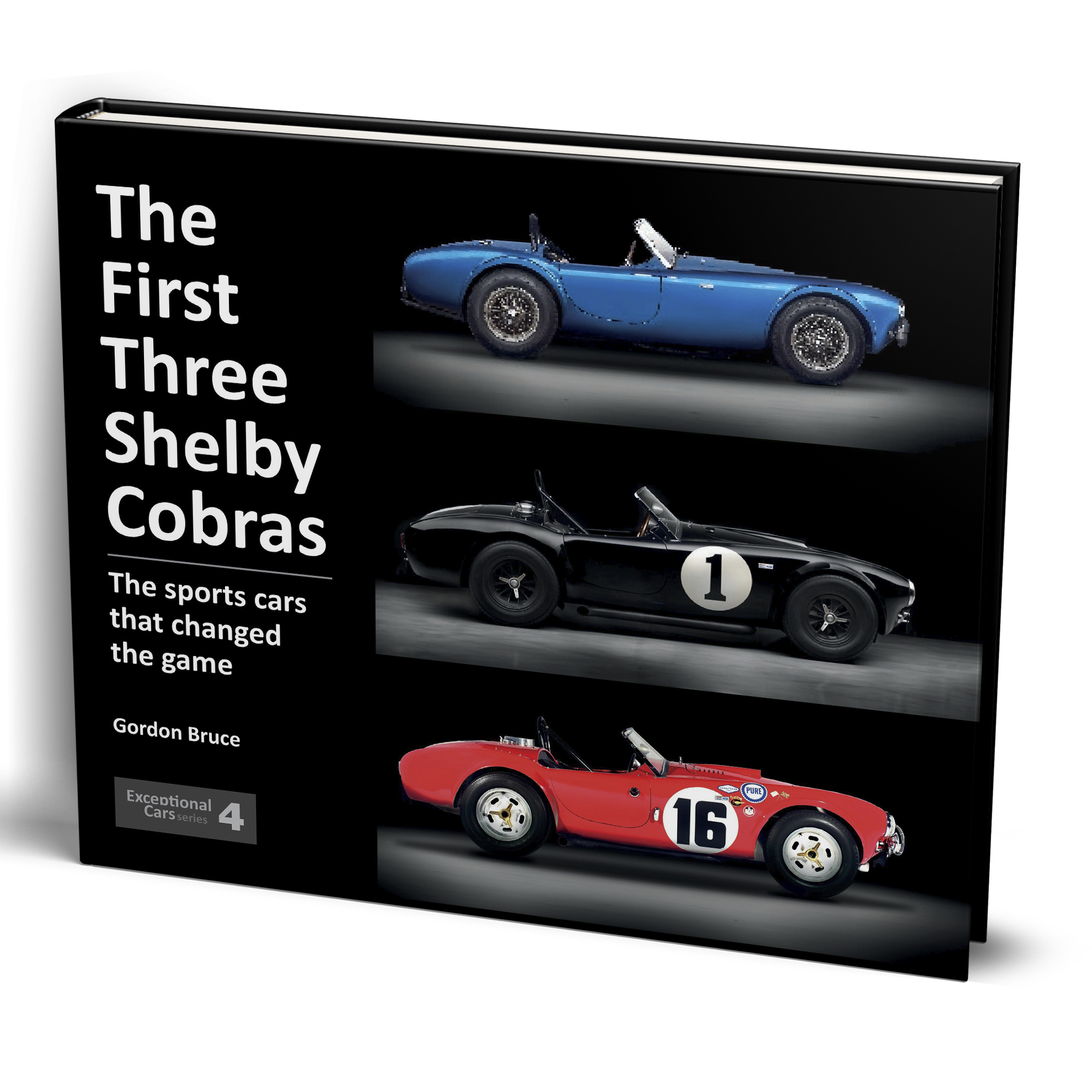 Here are 10 books that we have looked at, produced by Porter Press. They look great books, whether you are considering buying as a gift for the petrolhead in your life or you are treating yourself. Remember that you can get 10% off any purchase from Porter Press by using our discount code: Heaven10

This two-volume set is limited to 750 copies and is signed by author James Page and Ferrari expert Keith Bluemel.

There is also a limited number of Collector’s Editions available here.

Ultimate Ferrari GTO explores the story of this iconic family of cars in more detail and with more authority than ever before. Introduced in 1962 as the final evolutionary step in the long-running 250 GT series, the GTO was the last and best GT racer of the front-engine era.

It remained at the forefront for three seasons, winning a hat-trick of World Championship titles for Ferrari.

Ever since, GTOs have retained their exalted status not just because of their racing achievements but also their exquisite beauty, undoubted charisma and — for those lucky enough to have experienced this — peerless driveability.

Indeed, the GTO’s illustrative reputation has made it the world’s most desirable car, as confirmed by the record-breaking prices repeatedly paid for the finest examples.

Packed with superb photographs, many not previously published, this lavish two-volume production does true justice to this ultimate car.

Project consultant: Keith Bluemel is a Ferrari expert of world-wide renown whose body of work includes co-authorship with Jess G. Pourret of the book Ferrari 250 GTO.

From 1983 to 1986, Fitzpatrick’s operation made 66 Group C entries in 44 races in the World Endurance Championship, the German Deutsche Rennsport-Meisterschaft and the American Can-Am, winning three times and taking another 11 podium positions. This book tells the story of this exciting team, its five Group C Porsches and what became of them, its crews, its drivers, its races and – above all – its charismatic owner, John Fitzpatrick, arguably the best British driver never to have raced in Formula 1.

This book is limited to 750 copies.

Signed by the author, Mark Cole.

This title is the first in the Ultimate Cars Series.

Built on Jaguar XK 120 chassis number 679768, this car wasn’t unique: two other examples were made in 1954. But the trio was just one part of the charismatic Supersonic canon, which began with a one-off GT intended to contest the Mille Miglia.

This tale, of how Ghia wowed the car world with its jet-age styling, takes in several fascinating characters whose names have peppered the post-war story of Italian car design, engineering and racing.

This sumptuous book tells the story of one of the world’s most important racing cars.

Always raced in Gulf’s iconic blue-and-orange colours, this Ford GT40, known by its chassis number ‘1075’, won the Le Mans 24 Hours not just once but twice, in 1968 and 1969, and the second victory came after the closest fight ever seen at the finish of this great endurance race.

Four other championship wins – at Brands Hatch, Spa, Watkins Glen and Sebring – add to this GT40’s distinction as the very best of its breed, driven by ‘greats’ such as Jacky Ickx, Pedro Rodríguez and Brian Redman.

The car’s entire competition life is covered in fascinating detail, together with biographies of its drivers and insights into John Wyer’s crack team that ran it, all supported by a fine collection of period photographs.

Ray Hutton’s first race as a working motorsport journalist, the 1968 BOAC 500 at Brands Hatch, was also the first win for ‘1075’. Through his reporting in subsequent years, including the epic Le Mans of 1969, he came to know all of the car’s drivers, as well as team manager John Wyer.

A long-time editor of Autocar, he has enjoyed a distinguished career in motoring and motorsport journalism. He is honorary president of the International Car of the Year Jury, vice-president of the Guild of Motoring Writers, and an associate member of the British Racing Drivers’ Club. His work has twice won the Guild of Motoring Writers’ Montagu Trophy and the Bentley International Trophy.

This most important Porsche 917 of all – the one that gave Porsche its first victory in the Le Mans 24 Hours.

In 1970 the world’s greatest sports car race was ravaged by periods of torrential rain but through it all came 917-023, driven by Hans Herrmann and Richard Attwood, to achieve a landmark success for the German manufacturer.

This book provides detailed insight into not only this race but also the six others in which 917-023 took part, supported by a superb collection of period photographs, many in colour. All Porsche fans will love this addition to the ‘Great Cars’ series.

• The works-assisted teams – Porsche Salzburg in 1970, Martini in 1971 – outlined in detail, including interview input from mechanic Helmut ‘Käfer’ Frauenschuh.

This is the second book in the Great Cars Series. Get your copy here.

The thirteenth book in the highly regarded ‘Great Cars‘ series tells the story of the Bugatti Type 50 and one of the chassis in particular – chassis 50177. This car led the famous Le Mans endurance race on its opening season in 1931, until its sister car crashed heavily at high speed and it was withdrawn for safety reasons. This is just one of the many fascinating tales included in the book.

Thrilling race reports of all four Le Mans races in which Type 50s took part tell a story of promise, unfulfilled, while driver biographies, illustrated with fine period photography, reveal both the glamour and the danger of life in the fast lane in the 1930s.

The book documents 50177’s post-war journey across the Atlantic with Le Mans hero Luigi Chinetti and reveals how it came into the hands of passionate collector, Miles Coverdale, who uncovered much of its curious and captivating history.

For full details of this wonderful book, please see the Classic Edition.

This stunning Limited Edition of the book is bound in black leather. It features gilt page edges and is cased in a grey cloth slipcase.

As an extra special touch, the book bears an embossed reproduction of the chassis number on the front. This leather-bound, version is limited to just 100 copies and is signed by the authors, Mark Morris & Julius Kruta. [Get your copy here.]

The Alfa Romeo T33/TT/3 was produced by Alfa’s Autodelta racing department to compete in the 1972 World Championship for Makes. The Alfas struggled to take the fight to Ferrari, though scored regular podium positions.

The highlight was a second place in the epic Targa Florio Sicilian road race, where Helmut Marko put in a stirring drive to come within seconds of victory. Marko was driving chassis 115.72.002, the most successful of the T33/TT/3 chassis, which would later have a second career on the race circuits and hillclimbs of Greece, prior to an eventual return to Europe, where it is still a frequent competitor in historic events.

The story of three cars, the first AC Cobras created by the legendary Carroll Shelby in 1962.

The prototype CSX2000 has been described as ‘the most important modern American car’, although it was built on a British AC Ace chassis with an American Ford V8 engine. CSX2001 was the first production Cobra and CSX2002 the first to race, leading to a series of competition successes that made Shelby’s Cobras famous and a favourite of sports-car enthusiasts throughout the world.

A qualified mechanical engineer, Gordon Bruce was the Road Test Editor of Motor magazine and then a Ford PR manager before founding the eponymous marketing consultancy he still operates 35 years later.

His first book concerned the Ford GT40, for which he was awarded a prize by the Guild of Motoring Writers. His associations with the AC/Shelby Cobra date from 1983, when he won the Intermarque Championship in a 405bhp example.

This is the fourth book in the Exceptional Cars series. Get your copy here.

A fascinating story of the last and most successful of the Iso AC/3 Grifo race cars from the fabulous period of sports car racing in the mid-1960s.

The A3/C was the creation of Giotto Bizzarrini, the engineer who developed the famed Ferrari 250 GTO. In its short but varied racing career, which included outings with two Grand Prix drivers, ‘222’ showed itself to be one of the world’s fastest racing sports and GT cars, its top speed on the Mulsanne straight at Le Mans, nearly 190mph, bettered only by the 7-litre Ford GT Mk II.

This book celebrates the life of ‘222’ and the against-the-odds efforts of Bizzarrini, a genius with the ambition to produce the best GT race car of its era.

This is the story of the car that won its class and finished in ninth place overall against formidable opposition in the Le Mans 24 Hours of 1965.

This is the first book in the Exceptional Cars Series. Get your copy here.

The Light Car Company Rocket was the brainchild of former racing driver Chris Craft and design genius Gordon Murray, who relentlessly chased his goal of building the lightest production road car of all time.

Starting with a clean sheet of paper, Murray’s unique creation made extensive use of bespoke components and was crammed with the technological brilliance for which he’s renowned.

Today, it has a cult following and is recognised by die-hard enthusiasts and the motoring cognoscenti as being a landmark achievement in sports car history. Written by Rocket owner Clive Neville and designed by Rick Ward – the man who originally penned the car’s badge and all of its publicity material – this book tells the full history of a fascinating car.

Limited to 50 copies and individually numbered and signed by Prof Gordon Murray, Chris Craft, and Clive Neville. Get your copy here. 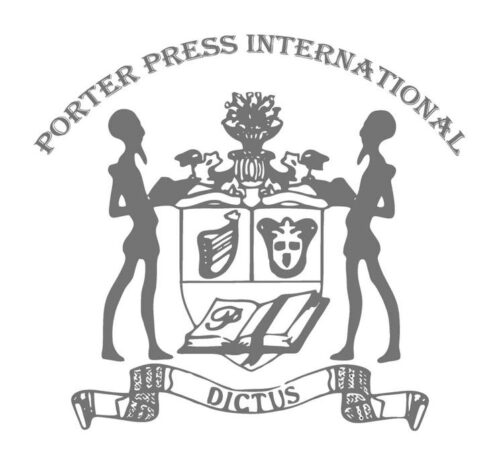