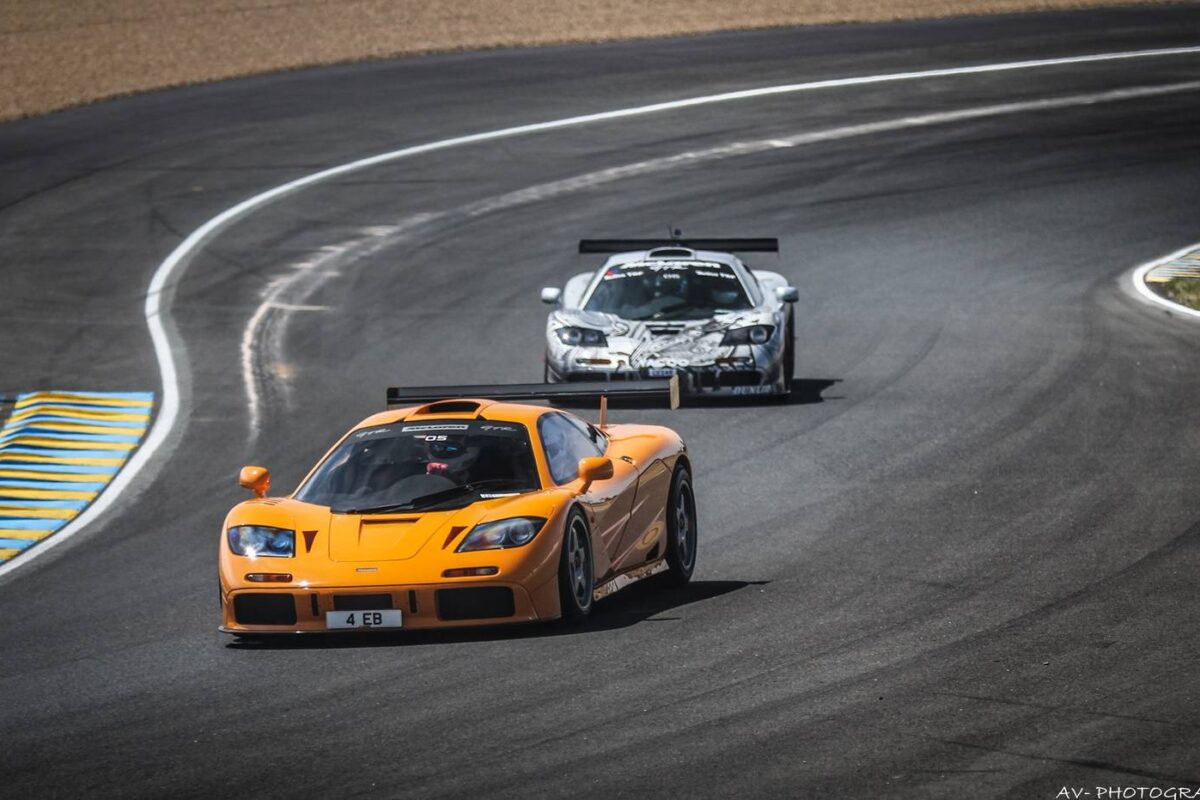 Believe it or not, this year is the 27th anniversary of the McLaren win at the 1995 Le Mans 24 Hours.

Two years ago I was fortunate to see the GTRs from the race at the Concours of Elegance on their central display. It gave me the chance to view and admire these extraordinary vehicles that had displayed incredible motoring feats 27 years ago. What makes it a more astonishing achievement is that constructing a motor sport-ready F1 was never part of the British brand’s production plan.

The McLaren F1 GTR was an afterthought, demanded by F1 customers who wanted to take their cars racing. To that end, the F1 GTR began testing in January 1995 with the Le Mans 24 Hours race only five months away, where it would be competing against not only modified production cars but also prototype vehicles designed specifically for endurance racing. Unfazed, the F1 GTR swept to victory in one of the most comprehensive motor sport victories of all time, taking four of the top five places overall and the top four GT1 places.

The achievement shouldn’t be understated; with only very few modifications to the road car, the F1 GTR beat many vehicles specifically designed and engineered for the track, in a race that takes in a whole season’s worth of competition in just 24 hours.

I admired several of the cars at the Concours of Elegance in 2020, including the winning Kokusai Kaihatsu UK Racing car and the Giroix Racing Team F1 GTR that finished fifth.

F1 creator Gordon Murray always saw the car as the ultimate road machine, and never a racer. He was eventually persuaded by privateer team heads Ray Bellm and Thomas Bscher, who could see the F1’s potential in the then-new BPR Global GT Series of racing, which was attracting Ferrari F40s, Porsche 911 Turbos, Venturi 600LMs and more.

When Murray did relent, an unused chassis that had been planned to become no. 019 was used as a development prototype. In fact, the modifications needed for the F1 to become a race car weren’t particularly extensive; the most obvious were the addition of cooling vents, the biggest of which was the one in the centre of the nose and those on either side of the body in place of the road car’s storage lockers.

A large, adjustable wing was added to the rear of the car and the interior was stripped out and fitted with a full roll cage. Brakes were upgraded to carbon discs and the engine was modified for less rather than more power, by fitting an air restrictor in the intake to comply with regulations. The resultant F1 GTR remained otherwise the same as the road car, even down to the standard transmission.

Nine cars were built for the 1995 season, with the highlight of the year of course being the remarkable victory at Le Mans, against faster, purpose-built race cars. By then, the F1 GTRs had already won six of the seven races in the 1995 BPR Global GT Series to date, and six of the McLarens from that series were entered into Le Mans, along with the original development car that was quickly dusted off and prepared for a new Japanese team that was keen to enter.

Facing heavy rain, the nimble handling of the F1s paid dividends, and for a while the McLarens had a 1-2-3 lead. But then one car was punted off the track and another retired with terminal clutch problems during the night. Still, this handed the lead to the all-star, all-British team of Andy Wallace, Derek Bell and Justin Bell, but as the track dried on Sunday morning, the faster Courage C34 began to reel in the McLarens, while the Wallace/Bell/Bell McLaren diced for the lead with the Japanese team of JJ Lehto, Yannick Dalmas and Masanori Sekiya in the McLaren development car.

Then, with just two hours to go and the faster WSC Courage, Kremer and Kudzo still gaining on the McLarens, gear-selection problems struck the Wallace/Bell/Bell car, leaving it stuck in sixth gear and losing them the lead. With an hour to go the Courage managed to overtake the second-place McLaren and then the first-place one… but then lost the lead again. The final result was McLaren F1 GTRs in first, third, fourth, fifth and 13th places. An amazing result!

If you love The Le Mans then check out the Model Collection from Porter Press:

How Ford Beat Ferrari at its Own Game